The online betting giant caused outrage after it emerged it used ‘grooming’ messages and daily cash bonuses of up to £5,000 to keep its biggest losers hooked.

In one case, Rebecca Jones faced the agony of husband Ben, 30, being jailed for three years for stealing £370,000 from his employer to fund his gambling addiction after receiving hundreds of messages from Betway staff. 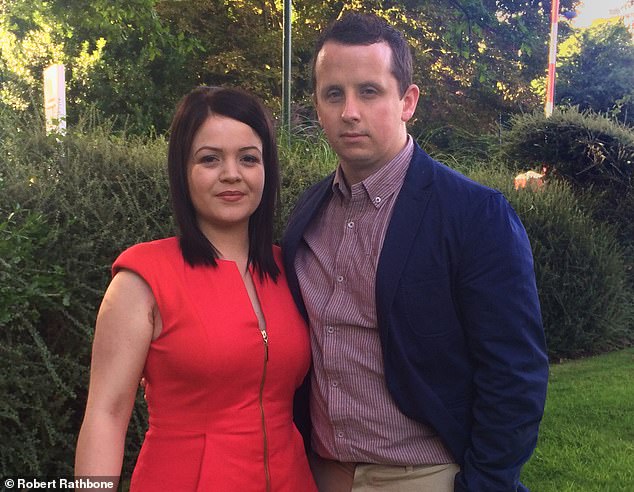 Rebecca Jones faced the agony of husband Ben, 30, being jailed for three years for stealing £370,000 from his employer to fund his gambling addiction after receiving hundreds of messages from Betway staff

Betway has a shady ownership structure that leads back to a shell company in the British Virgin Islands. MPs said the industry regulator, the Gambling Commission, was ‘complicit’ and demanded to know who owned the betting giant.

The Gambling Commission, a quango funded by the betting industry, refused to tell the Mail who owns Betway, citing data protection laws.

Betway also refuses to reveal who is the ultimate beneficiary of its £282 million-a-year business. The gambling firm’s corporate structure raises serious questions as to why such an opaque company is granted a licence to operate in the UK. 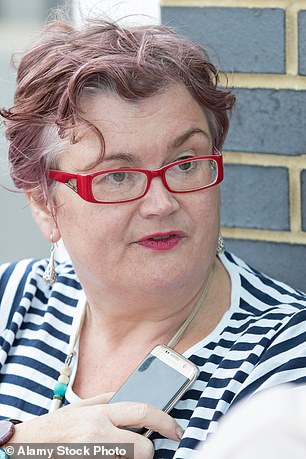 Labour MP Carolyn Harris, chairman of the all-party parliamentary group on gambling, said: ‘Devious deals and deception are at the heart of this industry’

It is also allowed to sponsor major sporting events and teams in the UK and abroad, including the Grand National, West Ham United FC and the current cricket Test series between England and South Africa.

Labour MP Carolyn Harris, chairman of the all-party parliamentary group on gambling, said: ‘Devious deals and deception are at the heart of this industry. The more you look the more you find. For too long the actions of this industry have gone under the radar and the Gambling Commission are complicit.

‘They have allowed these kind of Machiavellian dealings to go on unhindered. I urge them to tell MPs who owns Betway so they can be held to account.’

George Turner, from think-tank TaxWatch UK, said: ‘Time and time again, we have seen regulators fail in their job to uphold high standards and ethical practices. It’s just not good enough for the Gambling Commission to say they know who the owners are, while secretive offshore companies hide their real owners from the public.’

Gambling expert Dr James Noyes said: ‘The UK tells big technology companies like Google that if you want to access our market then you need to have a substantial footprint in the UK and pay corporation tax here.

‘As ever, gambling seems to be the exception to the rule.’ 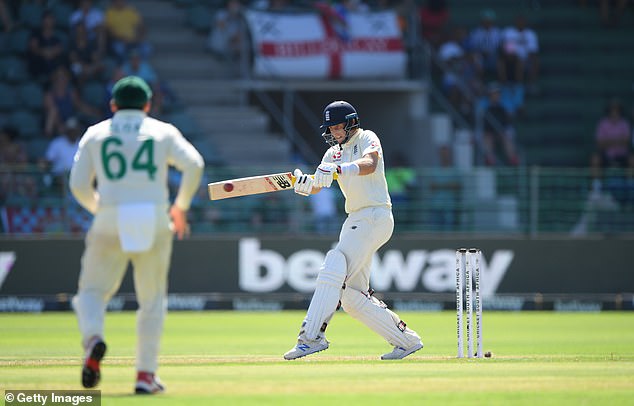 It is also allowed to sponsor major sporting events and teams in the UK and abroad, including the current cricket Test series between England and South Africa (pictured)

Betway said: ‘As a responsible, licensed operator, all of our regulators are provided with the details of our ownership, as is required by law. Betway is fully tax compliant in all jurisdictions and we pay all taxes due.’

The commission said: ‘We expect applicants for licences to provide us with all the information we need in order to determine whether or not they are suitable to hold a licence. When considering the suitability of an applicant, the commission has regard to the following elements and seeks evidence to support and enable an assessment to be made against each one: identity, ownership, finances, integrity, competence and criminality.’

Addict was given £865k in bonuses

Betway gave an unemployed gambling addict £865,000 in bonuses even though staff questioned if he was ‘running out of cash’, secret documents have revealed.

The father, from the North-West of England, was encouraged to bet to win ‘mega moolah’ by a personal VIP manager in thousands of WhatsApp messages.

His VIP manager, Paul Scully, showered him with hospitality tickets to Wembley and Wimbledon as part of Betway’s ‘action plan’ to maximise his spending.

The gambler was asked if he was happy with his losses only once, after he deposited £111,000 in 26 hours in August 2016. Betway said: ‘As a responsible licensed operator, we take these allegations extremely seriously.’

Questions over peer’s role with firm

A crossbench peer is advising the Betway board – but is not required to declare it on his official register of interests.

Anthony St John has been paid to push the bookmaker’s rapid international expansion since 2015, and is listed as part of the company’s ‘leadership’ team on its website.

Lord St John’s omission is all the more concerning because he sits on a committee set up to scrutinise a new law which would force the real owners of foreign companies that hold UK property to be placed on a public register. Betway is owned through a shell company in the British Virgin Islands that makes it impossible to know who owns the under-fire bookmaker.

Lord St John declined to declare his interest in Betway ahead of the committee’s eight meetings, official minutes show. At the time, his involvement with the bookmaker was listed on his Lords register of interests, although it has since been removed because he is no longer required to declare it.

The episode has led to questions over new parliamentary rules brought in last summer, which state that peers do not have to register work done via a consultancy firm.

The simplified rules mean peers need to declare the interest only if they speak on a related topic in Parliament.

Baroness Karren Brady, a Tory peer and West Ham United vice-chairman, also has ties to Betway through its sponsorship of the Premier League club. She does not declare her association with Betway, but does declare her position with West Ham.

Lord St John said: ‘I have always been fastidious in following the rules.’