Go Westeros! Game of Thrones locations are to be thrown open to the public in the new year after filming wraps on the hit show’s final series

Several locations that were used to film scenes of hit TV show Game of Thrones are set to be opened to the public next year.

Some of the most famous landmarks in the show, such as Winterfell, were filmed in Northern Ireland.

Now HBO intends to celebrate the show’s legacy by converting some of the Northern Ireland filming locations into tourist attractions.

The award-winning TV series has just recently completed filming for its final season, which is due to be released next year. 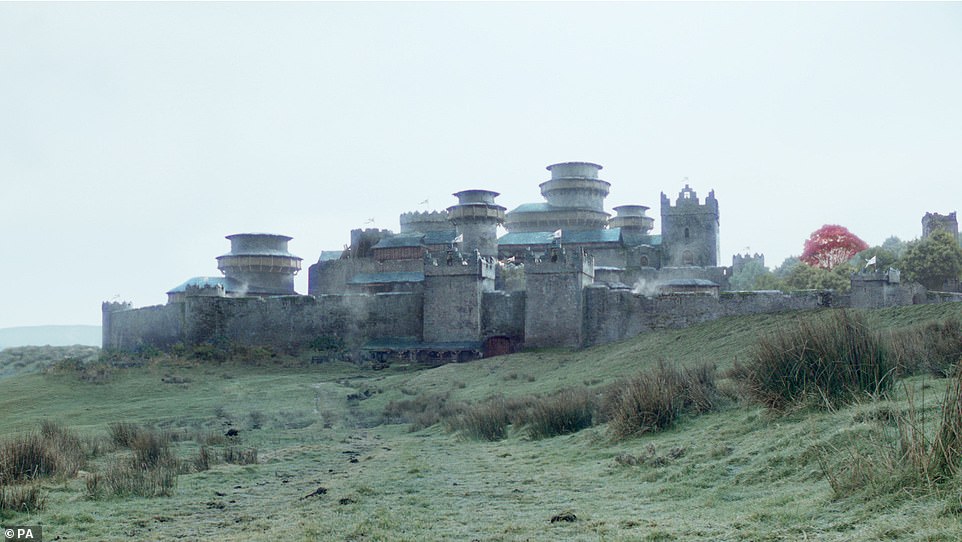 Several film locations in Northern Ireland that were used for scenes from Game of Thrones will be opened up to fans next year as part of the series’ legacy project. Pictured is Winterfell, the home of the Stark family that is located in Castle Ward, Northern Ireland

The eight and final season will bring an end to the epic tale of families struggling for supremacy in the fictional world of Westeros.

The stars of the series, including Emilia Clarke, Kit Harington, Sophie Turner and Natalie Dormer, have been filming at locations and studios across Northern Ireland for around 10 years.

The US production company wants to also open up production archives to share with fans.

The tourist sites will include film sets together with displays of costumes, props, weapons, set decorations, art files, models and other production materials. 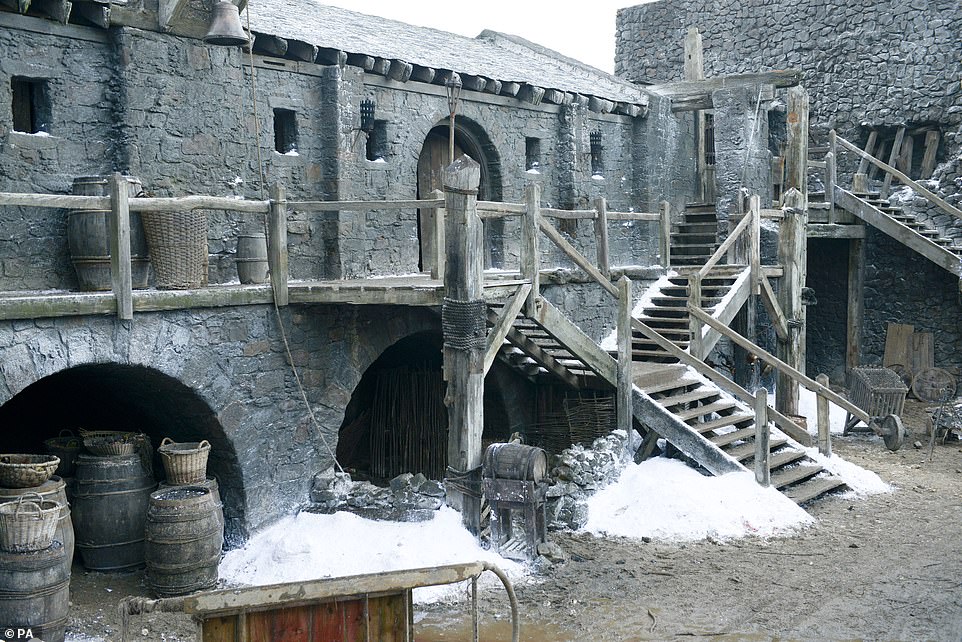 As well as the locations being opened up, several sets will be made available to the public and they will be filled with art, weapons and other props from the ten years of Game of Thrones filming 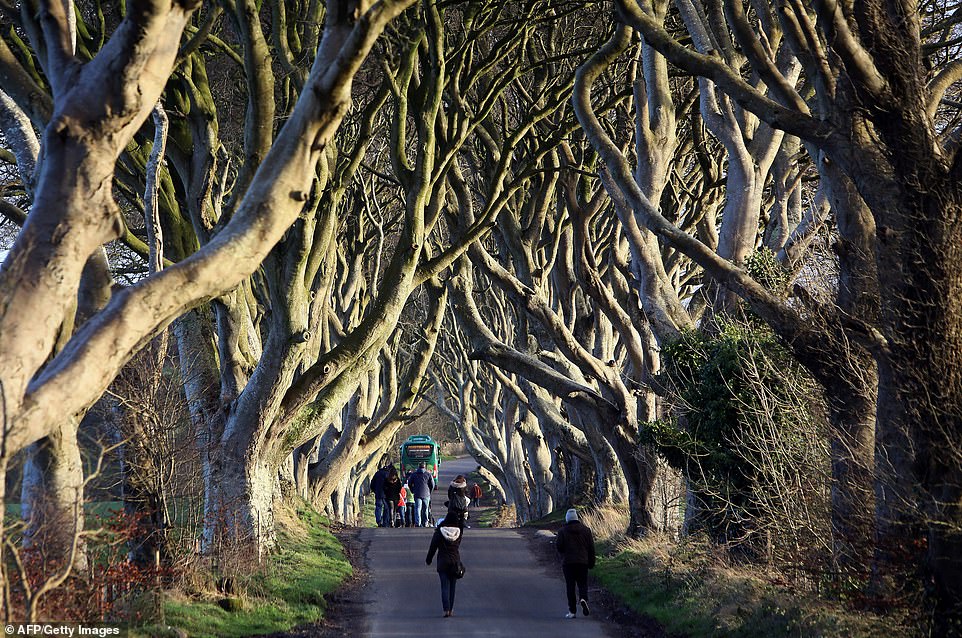 A famous location that was used in Game of Thrones is the stunning Dark Hedges tree tunnel (pictured), that is near Ballymoney in County Antrim, Northern Ireland 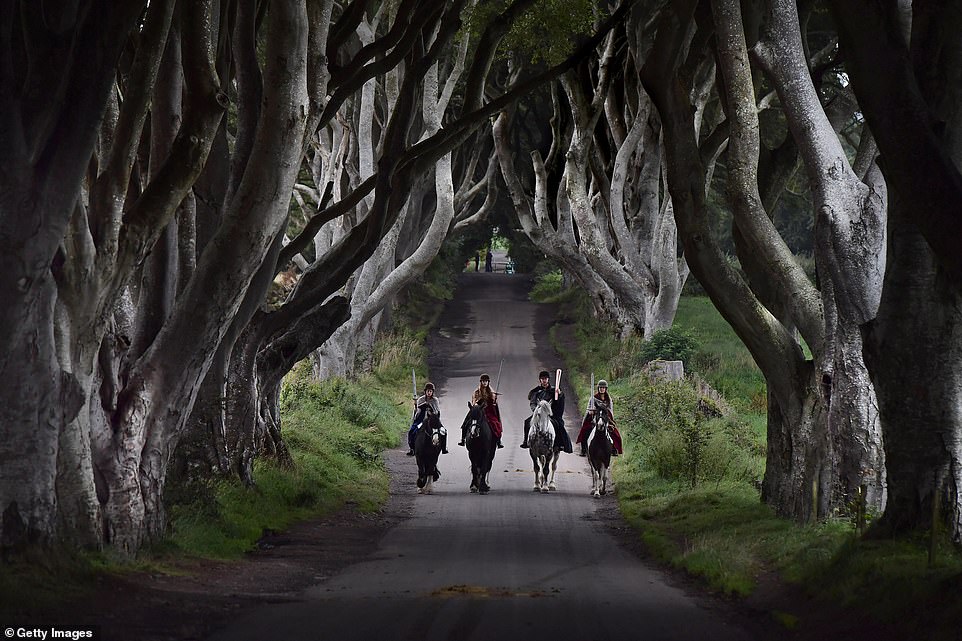 The Dark Hedges is a popular spot for fans of the show and has seen tourists flock to experience it. It is featured in the show as part of the King’s Road 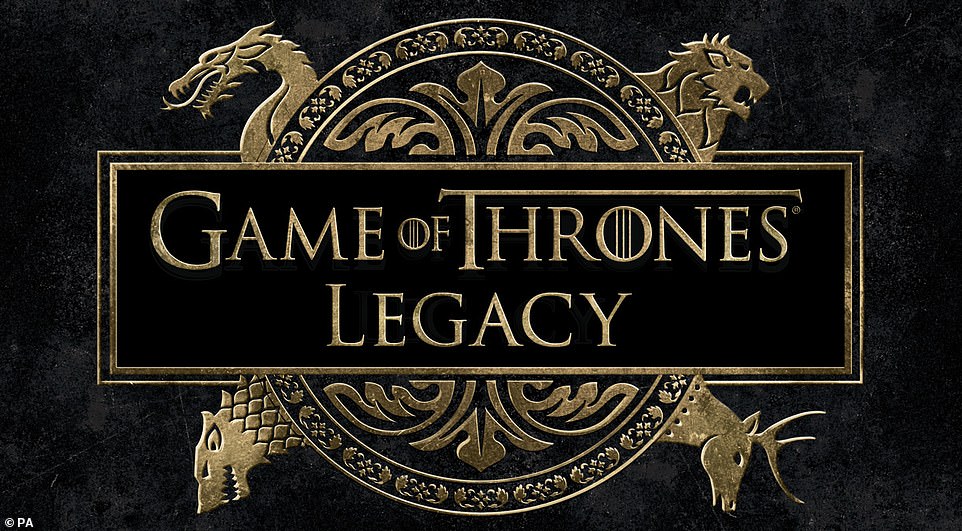 The plans include a formal studio tour of Linen Mill Studios, close to Banbridge, Co Down.

HBO said it will reveal more details about the Game Of Thrones Legacy project after the exploratory process is completed. A tentative open date is set for 2019.

Jeff Peters, vice president of licensing and retail for HBO, said the company is looking forward to opening up the sites. 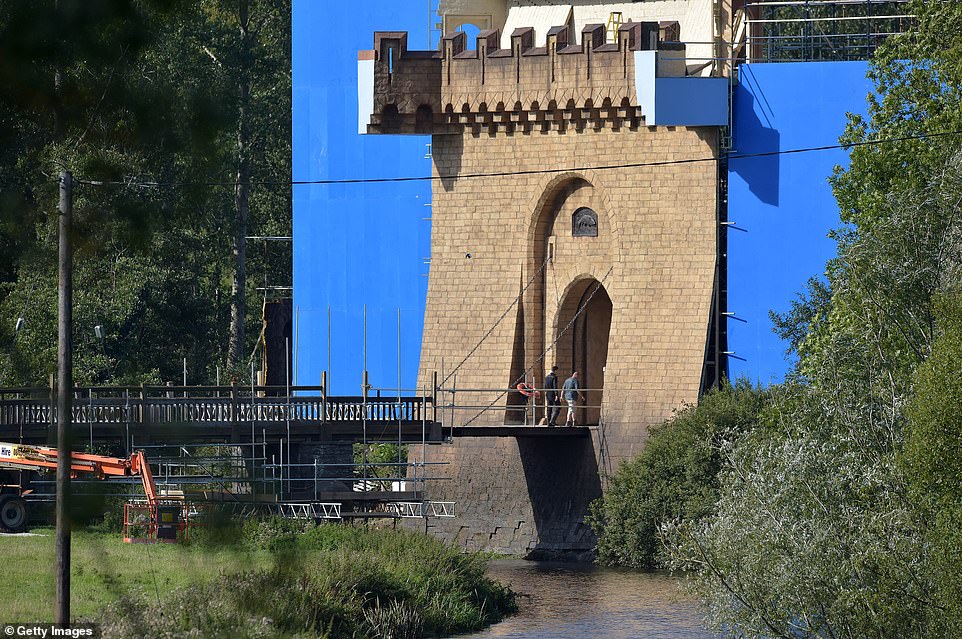 This film set is constructed in Banbridge, Northern Ireland and was used to represent Riverrun, the house of the Tully family 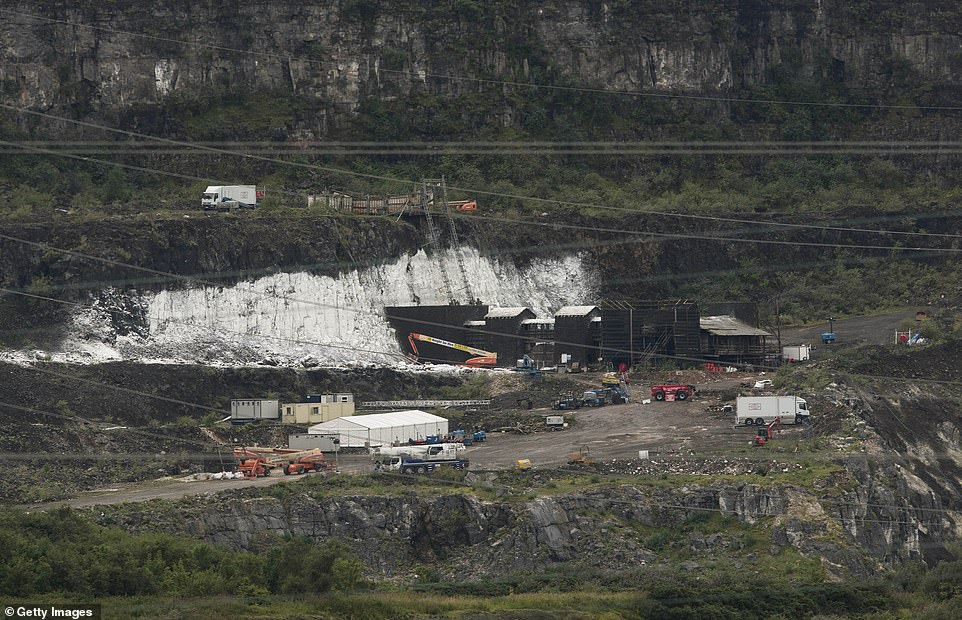 Magheramorne Quarry in Northern Ireland (pictured) doubles as the film set for Castle Black in the TV series, which is the primary headquarters used by the Night’s Watch

‘HBO is thrilled to celebrate the work of the Game Of Thrones creative team and crew by preserving these locations and inviting fans to visit Northern Ireland and explore Westeros in person,’ he said.

‘We look forward to opening the gates and sharing the excitement of stepping inside these amazing sets with Game Of Thrones fans from around the world.

‘The opportunity to celebrate Northern Ireland’s pivotal role in the life and legacy of the show and share its culture, beauty and warmth is also a huge inspiration behind these legacy projects.’ 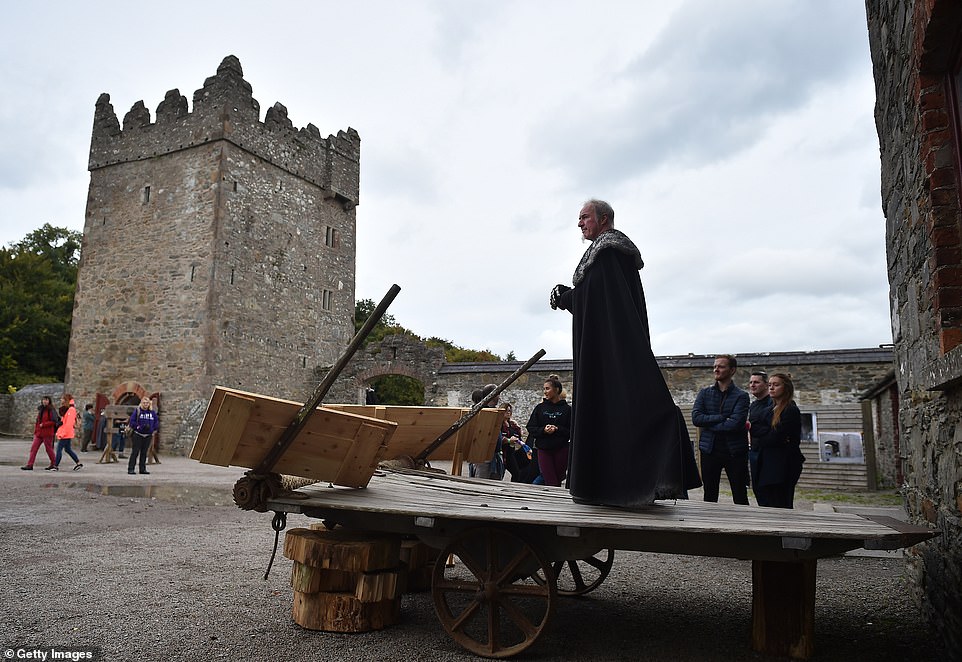 Unsurprisingly, Winterfell is one of the most popular locations in the TV series and here you can see fans enjoying the Winterfell Festival that takes place at Castle Ward in Downpatrick 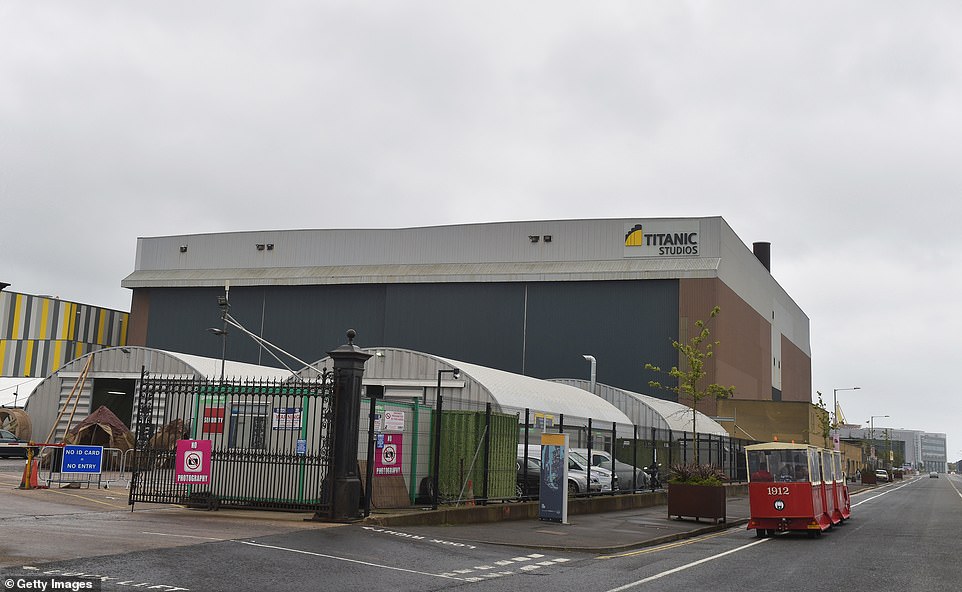 The Titanic film studios in Belfast was also used to represent King’s Landing. As part of the new plan, HBO will also be opening up film studios to the public

‘While fans have seen the stunning landscapes, coastlines and mountains in the series, we are thrilled they will now have the opportunity to fully experience the charm of Northern Ireland and immerse themselves into the world of Westeros.

‘The Game Of Thrones legacy project will be a game changer for Northern Ireland on a global tourism level. 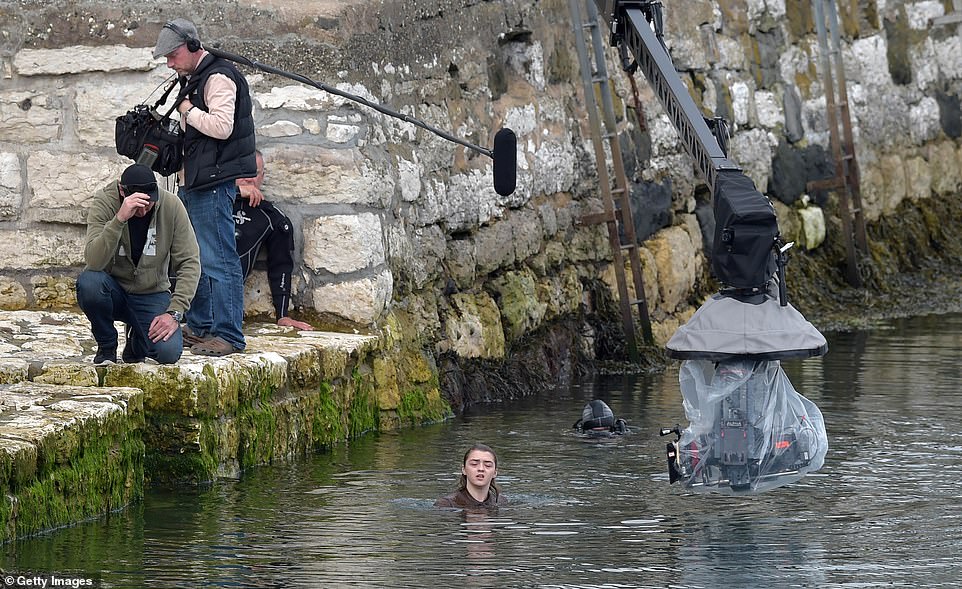 Game Of Thrones tourism is already flourishing in Northern Ireland with a number of themed bus tours, visitor maps and phone apps. Pictured is Maisie Williams, who plays Arya Stark, filming a scene in Carnlough 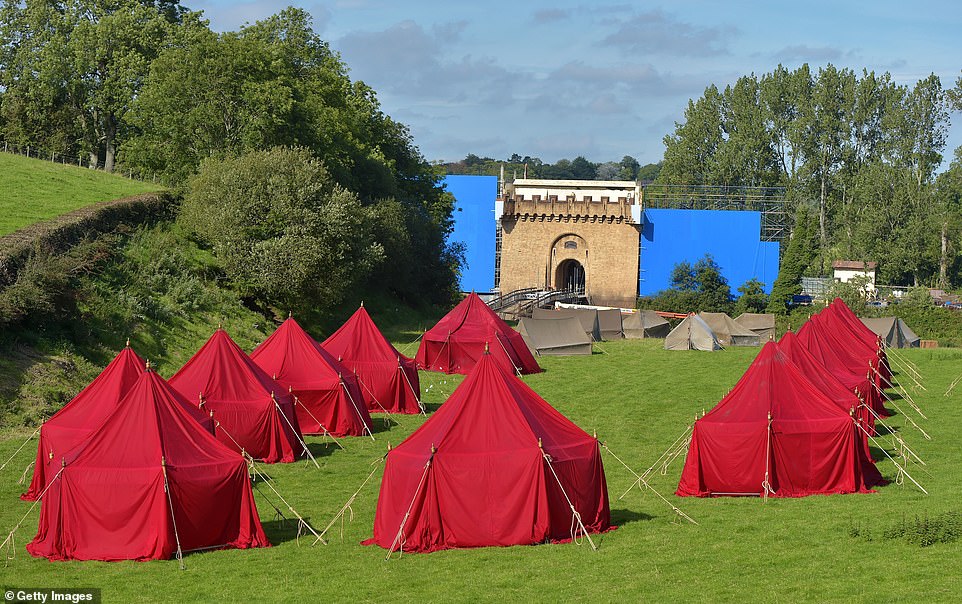 As well as the tours of the locations, the plans include a formal studio tour of Linen Mill Studios, close to Banbridge, Co Down. 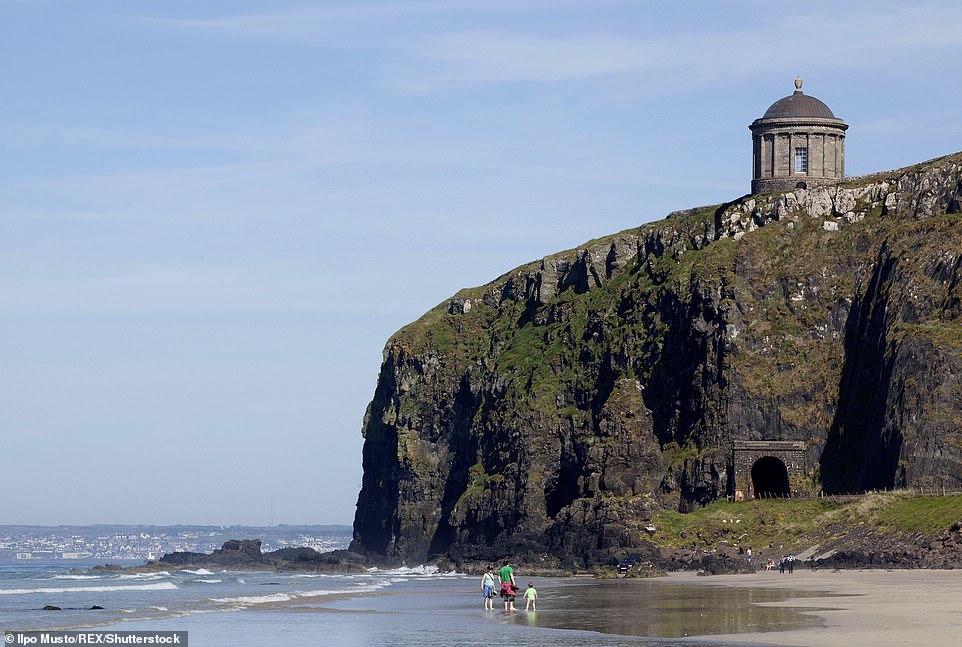 Among the most notable filming locations is Downhill Strand, a seven-mile beach overlooked by Mussenden Temple, which is visited by Stannis Baratheon in the series

‘We very much welcome this exciting announcement by HBO and look forward to attracting many more visitors to our beautiful country as a result.’

Game Of Thrones tourism is already flourishing in Northern Ireland with a number of themed bus tours, visitor maps and phone apps.

Last year a tapestry chronicling the story of the epic was opened at the Ulster Museum in Belfast, and a series of decorated doors referencing key scenes were unveiled at venues across the region. 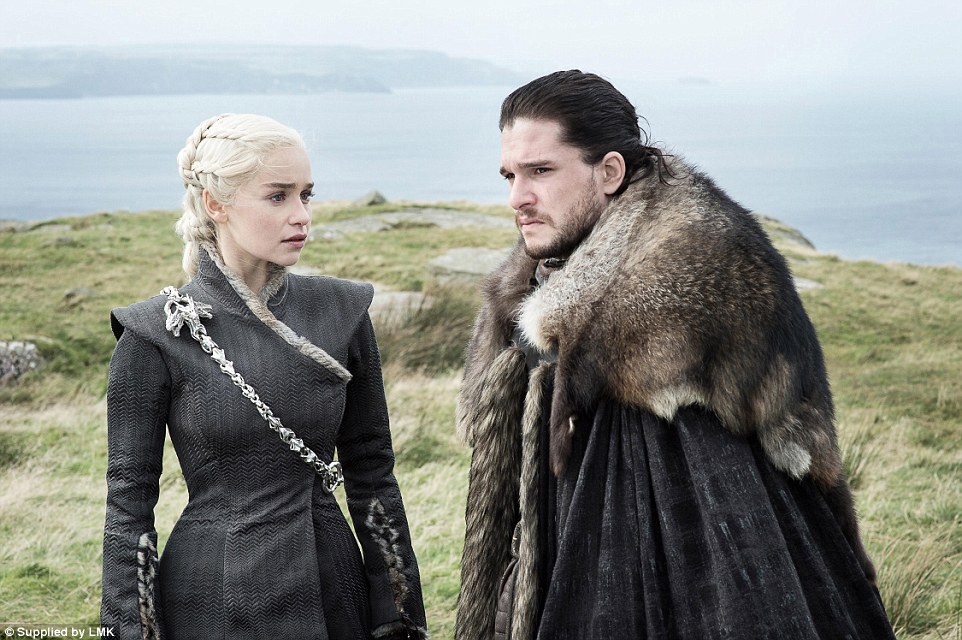 Kit Harington and Emilia Clarke are seen above in season 7 of the hit HBO show. Game Of Thrones tourism is already flourishing in Northern Ireland with a number of themed bus tours, visitor maps and phone apps

You May Not Know Who These Women Are — But You DEF Want In On Their Crazy Drama!