A homeless man’s tent was set on fire – burning everything he owned – only days after being chased down the street by a gang.

Anthony, of Cleethorpes, was thought to be sleeping when the new tent he had bought and all of his possessions were torched.

The Lincolnshire-man already feared that something like this could happen and was planning to move away from his location on the Cleethorpes promenade.

But this became too late a few days ago when all of his belongings were reduced to ash. 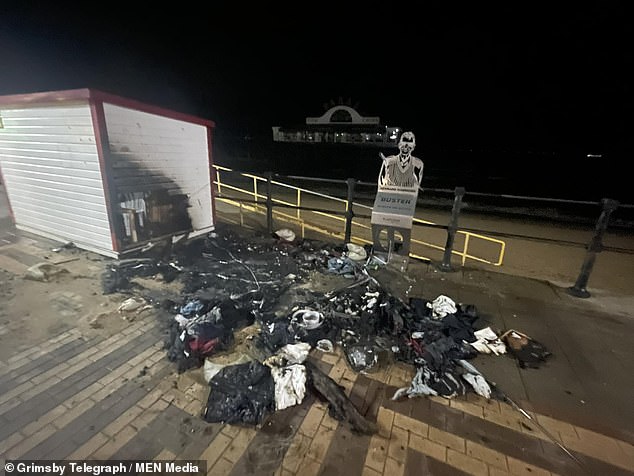 Anthony, of Cleethorpes, Lincolnshire, has been left with nothing following the blaze

Local resident, Aaron Goss, said: ‘I do not know this guy personally but it certainly moved me driving along the promenade and just seeing him stood staring at what was once his everything. It was not a good feeling.

‘He told me how he had just got a smaller tent to move location because he feared an incident like this would happen after he was chased by a group only a few days prior. During the blaze all his possessions were lost, including his new tent for the move.’

Mr Goss appealed on Facebook pleading, ‘Cleethorpes, I need your help’, regardless of their opinion on homelessness in the area.

A replacement tent, sleeping bag and warm clothing are among the items that Mr Goss says is needed for Anthony.

It is also hoped that enough funds can be raised to get Anthony a new tent in time from Christmas, but Mr Goss also offered him the option to stay at a hotel on Saturday as a ‘short term solution’. 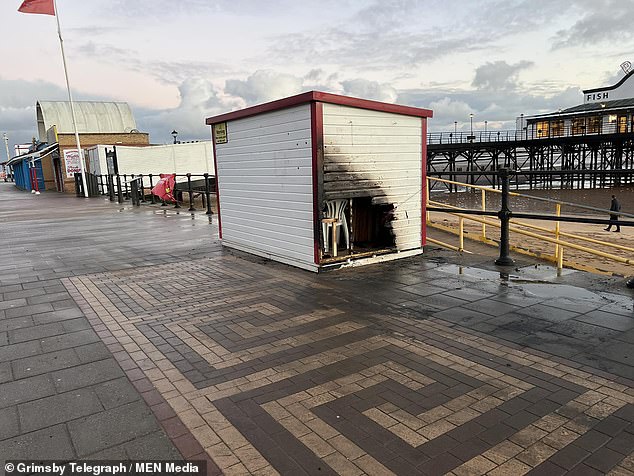 Mr Goss continued: ‘Again, this isn’t the post for opinions on him or others in the area, this is a post for humanity, to our fellow man. At Christmas I may add.

‘I’m not sure that a JustGiving or GoFundMe platform would be the most ideal solution to this. However, I do believe that between us we can get him some possessions and, if we have enough, provide it to others too.

‘I’ve also driven past before and seen him litter-picking to ensure the area was clean.’

Many locals rushed to Anthony’s aid, with Lianne Davidson posting: ‘I’ve lots of men’s clothes here, two big bags full, where can I drop them off?’

Others condemned the terrifying act with Joanne Houghton saying: ‘That’s horrible, poor guy. I’m not from Cleethorpes, but I have seen him a couple of times on the prom when I visit and he’s never caused anyone any trouble, some “people” are just heartless.’

King Charles Rumored to Be Crowned in Smaller, Shorter Ceremony on June 3

Back home, dogs who went missing for up to FIVE years

Last Kingdom: Has the Sihtric actor read The Saxon Stories by Bernard Cornwell?