Two men were found guilty of modern slavery offences, conspiracy to supply class A drugs, robbery and attempting to intimidate a witness following a four-week trial at Stoke-on-Trent Crown Court.

A further five pleaded guilty before the trial began and now all seven face setencing on a date to be fixed.

It came after an investigation was launched after concerns were raised to the police regarding the exploitation of a child in May 2019. 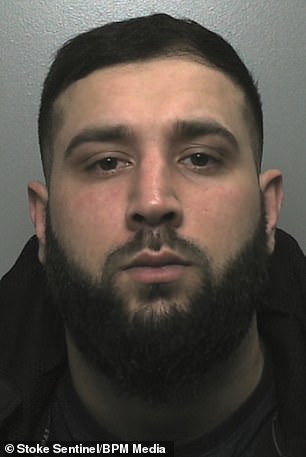 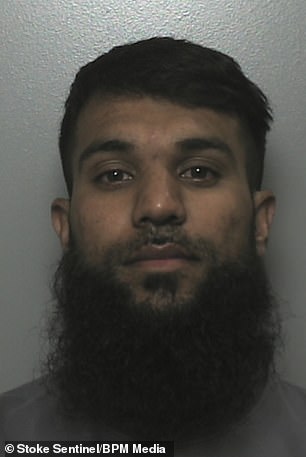 Usman Rafi, 28, and Umar Rafi, 29, were both convicted over the county lines drug scheme 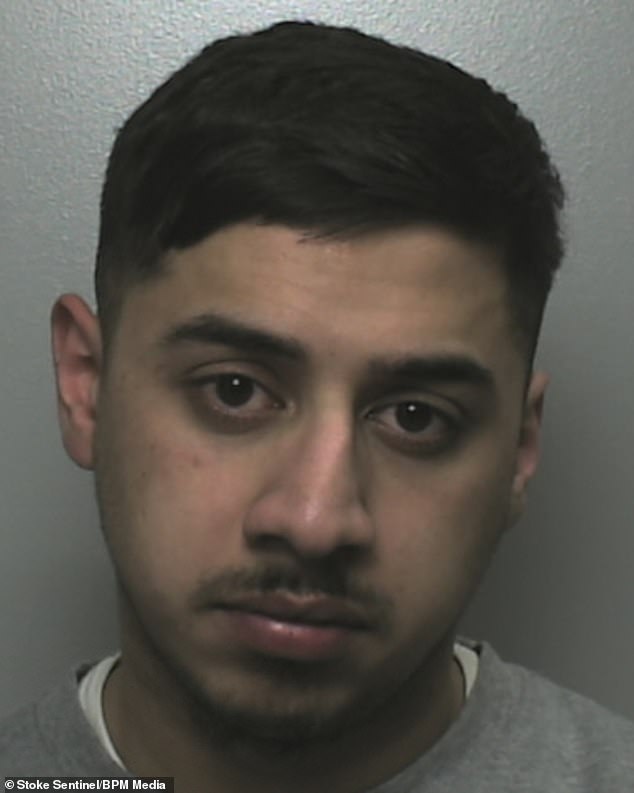 The investigation, which involved Children’s Services at Staffordshire County Council and Stoke-on-Trent City Council, found the victims were coerced and exploited by a group of men. As a result, the children were arrested multiple times for drug offences, eventually disclosing the true nature of what occurred.

Detective Constable Stuart Pearson said: ‘For the past two-and-a-half years a small team of detectives, supported by colleagues across the force and the two Children Services for the county, have investigated the exploitation of these two teenage boys.

‘The boys were exploited by a group of men into dealing Class A drugs and committing serious crime on the streets of Stoke-on-Trent and Newcastle.

‘The investigation had to be handled carefully and sensitively in order to ensure the victims and their families were safeguarded and that the full scale of the crime could be proved. 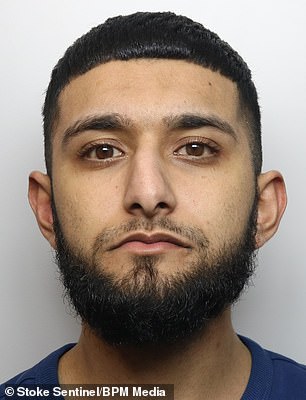 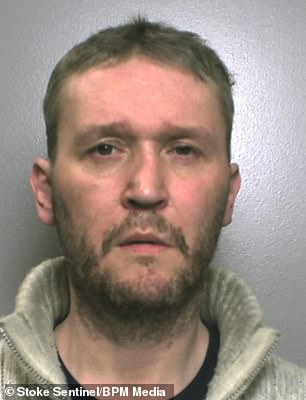 Mohammed Hassain Shabir, 22, and Paul Malcolm Harnett, 44, were all involved in the plans 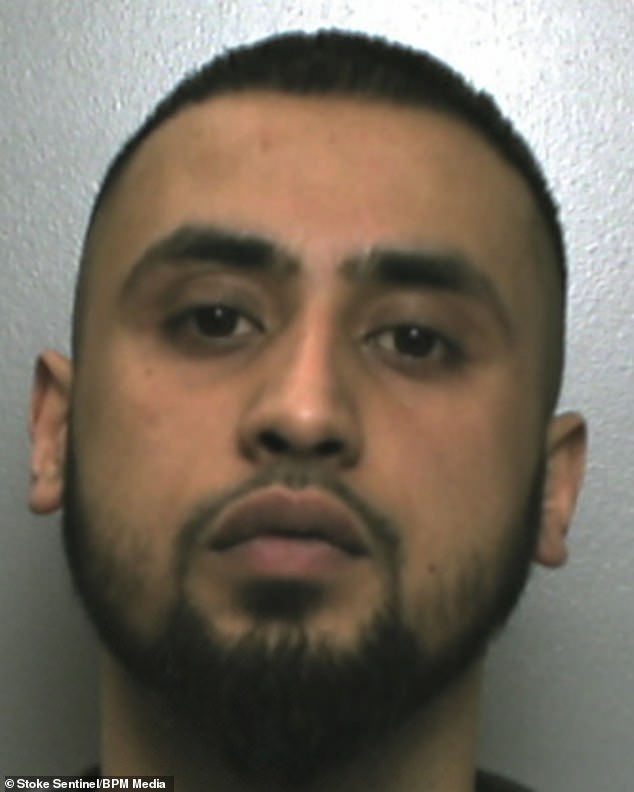 Who are the child exploitation gang?

Umar Rafi, aged 29, of Jordan Street, Shelton, was found guilty of two charges of requiring a person to perform forced or compulsory labour; arranging or facilitating travel of another person with a view to exploitation; causing the course of justice to be obstructed, perverted or interfered with (attempt to intimidate a witness/juror); and two counts of conspiracy to supply Class A controlled drugs (cocaine and heroin).

Usman Rafi, aged 28, of Sandon Street, Etruria, pleaded guilty to two charges of requiring a person to perform forced or compulsory labour; two counts of arranging or facilitating travel of another person with a view to exploitation; and two offences of conspiracy to supply Class A controlled drugs (cocaine and heroin).

Muazzam Naseer, aged 24, of Grove Place, Hanley, pleaded guilty to two charges of requiring a person to perform forced or compulsory labour; two counts of arranging or facilitating travel of another person with a view to exploitation; and two offences of conspiracy to supply Class A controlled drugs (cocaine and heroin).

Haroon Raza Hussain, aged 28, of Havelock Place, Shelton, pleaded guilty to requiring a person to perform forced or compulsory labour; arranging or facilitating travel of another person with a view to exploitation; and two counts of conspiracy to supply Class A controlled drugs (cocaine and heroin).

Paul Malcolm Harnett, aged 44, of Penstock Drive, Shelton, pleaded guilty to two counts of permitting premises to be used for the supply of drugs.

Lee Robert Comley, aged 48, of Stoke-on-Trent, pleaded guilty to being concerned in the supply of Class A controlled drugs (cocaine and heroin).

‘I would like to recognise the co-operation of the victims in this case who have helped us massively to ensure this successful prosecution and prevented other young people being forced into crime and a life of misery.’

Senior investigating officer, Detective Inspector Stephen Ward said: ‘I want to praise the courage and determination in these two boys for speaking out about their abusers. For two-and-half years they have worked with police and partners, staying strong to achieve this outcome.

‘We know criminal exploitation of children is occurring and has been for some time, but this landmark case shows that, when disclosed, we can get those responsible prosecuted and held accountable for their actions.

‘The partnership approach is a key factor in getting the offenders brought to justice and I would encourage any others affected by this case directly, or suffering similar abuse to contact Staffordshire Police or a professional body, safe in the knowledge your voice will be heard.’

Mark Sutton, Staffordshire County Council’s cabinet member for children and young people, said: ‘Coordinated working between local authorities and the police is essential to safeguard vulnerable children at risk of exploitation and to disrupt and prosecute those who prey on them.’

Councillor Dave Evans, Stoke-on-Trent City Council’s cabinet member for children and young people added: ‘This case sends the strongest of messages to those who think they can get away with exploiting vulnerable young people – you will not be tolerated and the effort of responsible authorities will be used in partnership to stop you.

‘This is a particularly sickening crime and it has no place in our city or society. The two victims have been incredibly brave in the face of the terror that these offenders have caused their young lives.

‘We work with young people to educate them about the dangers of crime through preventative work we deliver with a range of partners. For example, the national Knife Angel sculpture is currently in the city and with hard-hitting educational activities will be taking place to show how knife crime can destroy lives.’

BT broadband customers offered £120 back via a simple trick