This is the horrifying moment a gas explosion destroyed a home in southeastern Brazil, killing three members of a family and injuring another.

The blast occurred at 7:14 am Thursday in the Espírito Santo municipality of Vila Velha.

The victims were identified as Eduardo Cardoso, 68; his daughter, Camila Morassuti Cardoso, 33; and his granddaughter, Sabrina Morassuti, 15, who was Camila’s daughter. 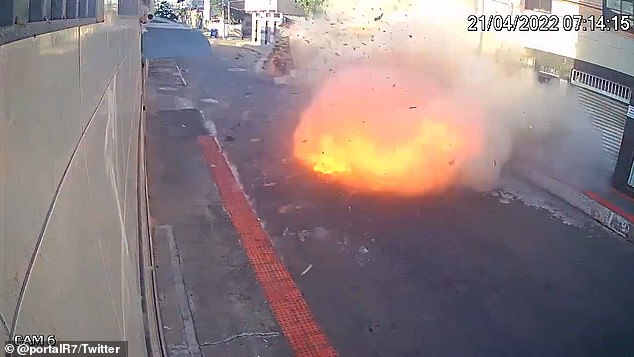 Still image from a surveillance camera captures the moment a fireball rushes out of the three-story home in Vila Velha, Brazil, on Thursday morning. The blast killed three members of a family and injured another 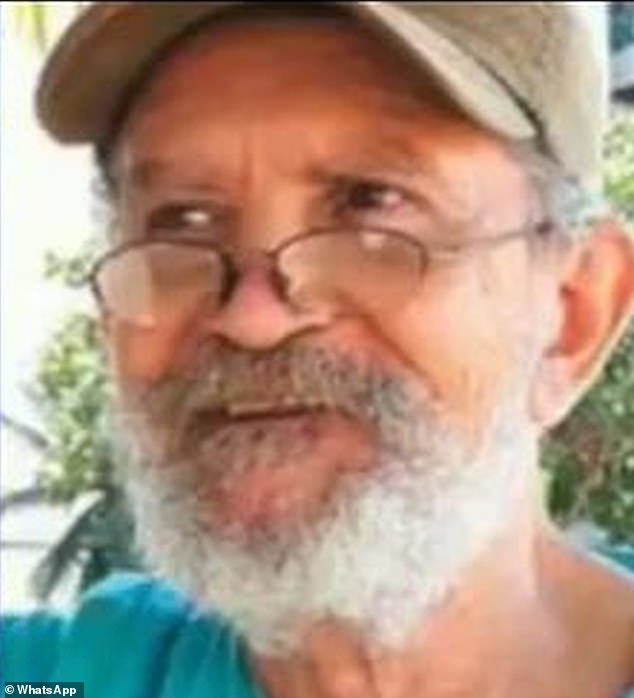 Eduardo Cardoso, 68, was among the three family members who lost their lives when a gas explosion destroyed their home in the southeastern Brazilian city of Vila Velha on Thursday. His daughter Camila Morassuti and her daughter Sabrina Morassuti were also killed. His daughter Larissa Morassuti survived the blast. The fire department said the explosion may have been caused by a leak in the cooking gas line 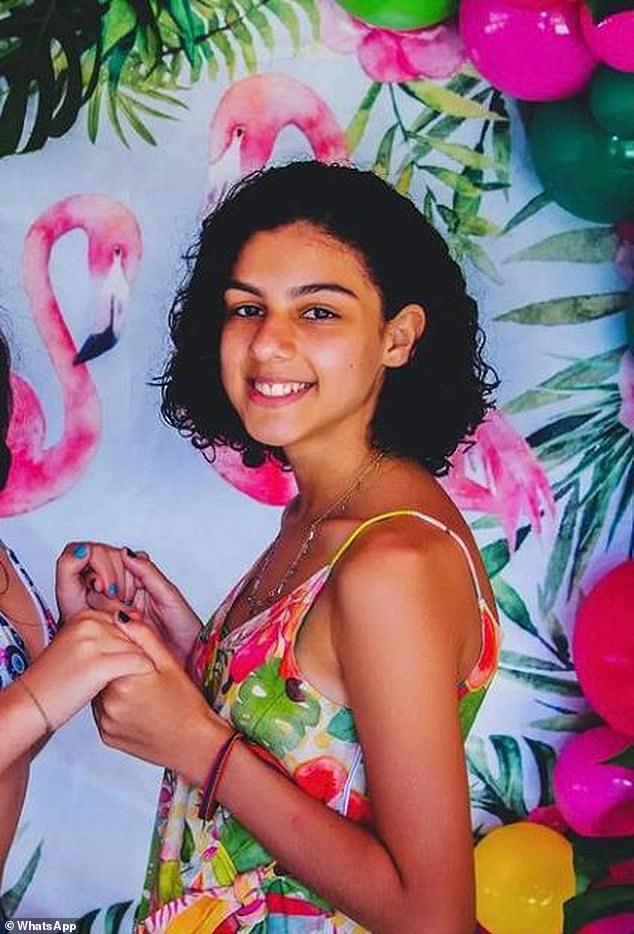 Sabrina Morassuti, 15, was killed in the blast that tore through her three-story home in Vila Velha, Brazil, on Thursday morning. Her grandfather and mother also died in the tragic accident 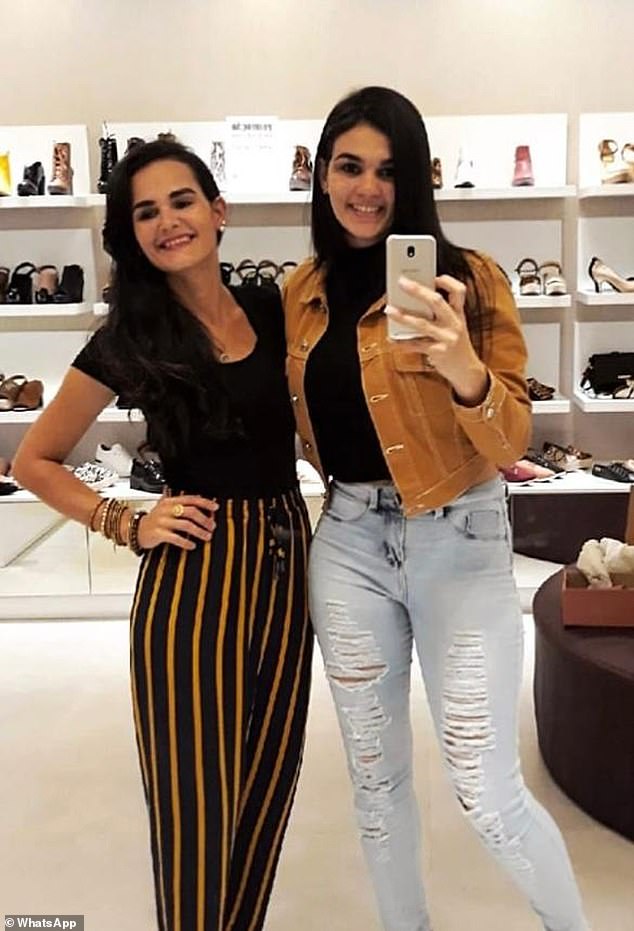 Neighborhood residents told Brazilian news outlet G1 that they smelled a strong gas odor in the morning, but were not sure which property it emanated from.

A woman identified as Rosana told the outlet that it ‘felt like a bomb’ had leveled the three-story building.

She said the elderly man lives in the first floor with Camila and Sabrina while Larissa had the second floor of the home to herself. The third floor was not occupied.

‘Horrible. I’ve never seen it in my life,’ Rosana said. 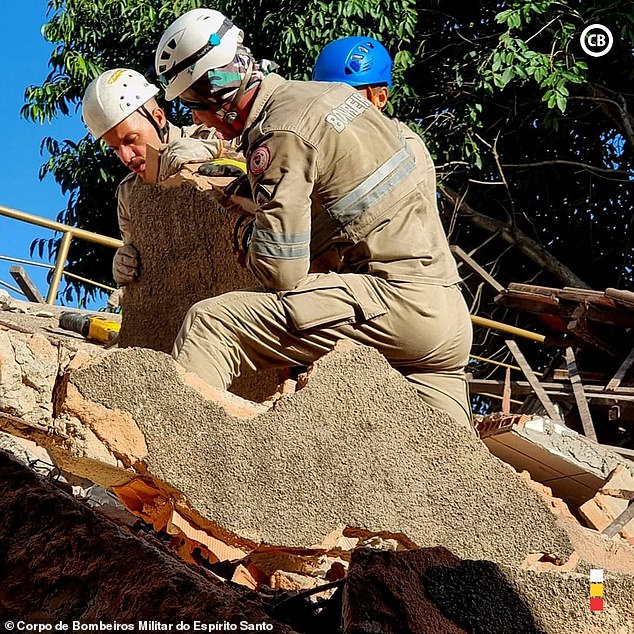 Espírito Santo firefighters search through the rubble following Thursday morning’s blast. The were able to remove one of the victims alive while three others died 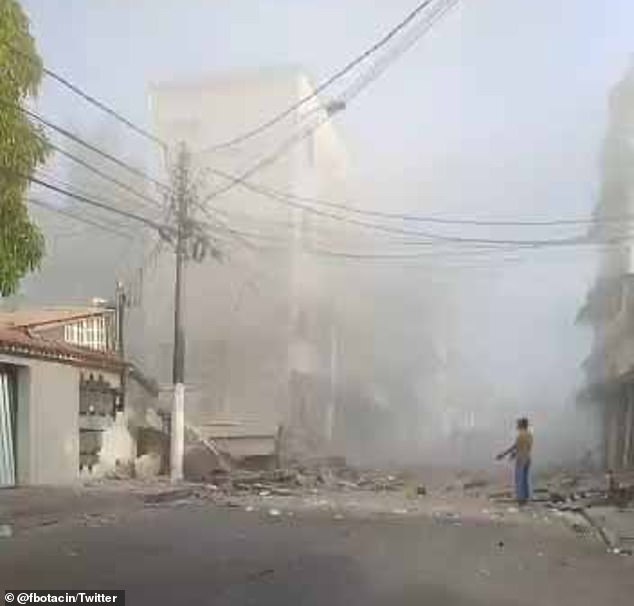 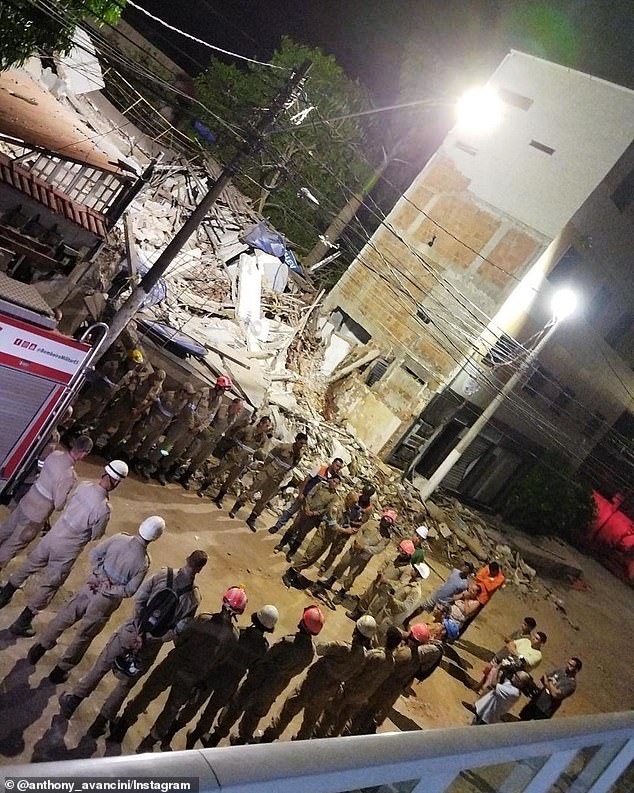 Rescue workers gather for a meeting in front of the three-family house that was destroyed by a gas explosion Thursday morning in Vila Velha, Brazil

Larissa was the first person pulled out from the rubble. Rescue workers located Camila alive but she died moments later.

Sabrina’s was still alive when the rescue team’s sniffer dog found her under the rubble around 3:45 pm, A Gazeta newspaper reported.

A doctor was able to get reach the spot where she was trapped under two concrete slabs to provide medication and oxygen, passing it through a holes. 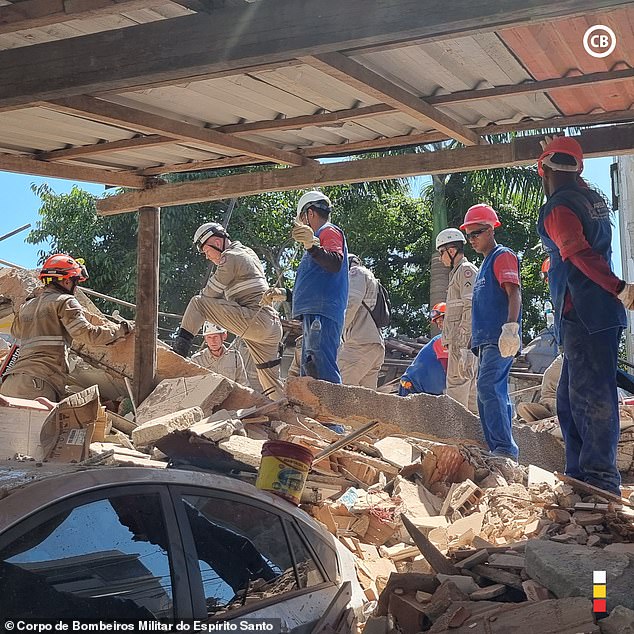 Firefighters continue to work to her out, but she had already died when she was removed around 8:40 pm.

Cardoso was pulled from the crushed building during the early morning hours.

Vila Velha Fire Department spokesman Colonel Wagner Borges told reporters that preliminary investigations ruled that the explosion was caused by a cooking gas leak. A vehicle powered by gas may have also cause the blast.