GEORGE Clooney's £12million Berkshire mansion has been swamped by floods after Storm Dennis battered the UK.

The Hollywood actor's 17th Century pad with wife Amal Clooney has been engulfed by the Thames after it burst its banks. 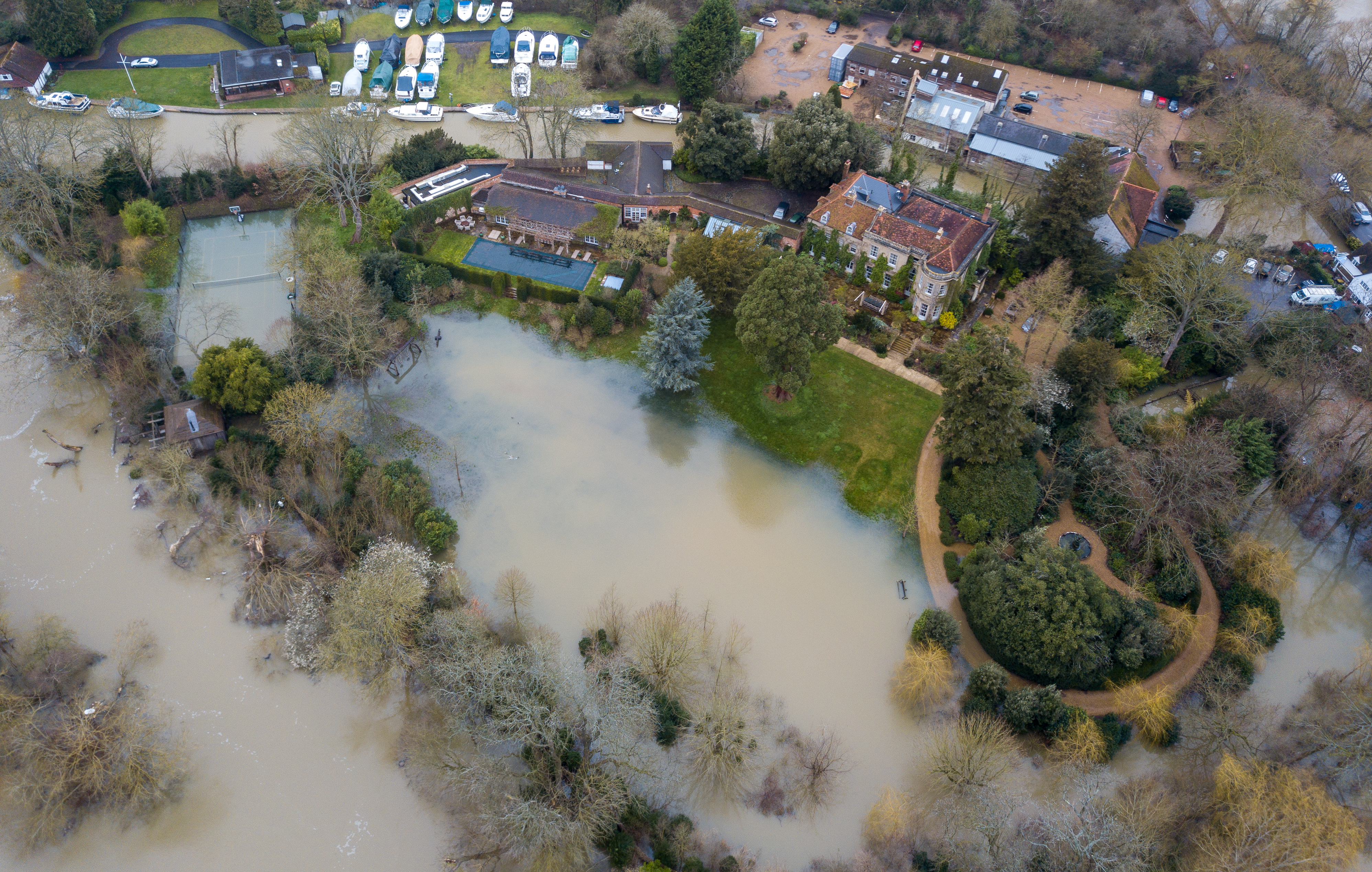 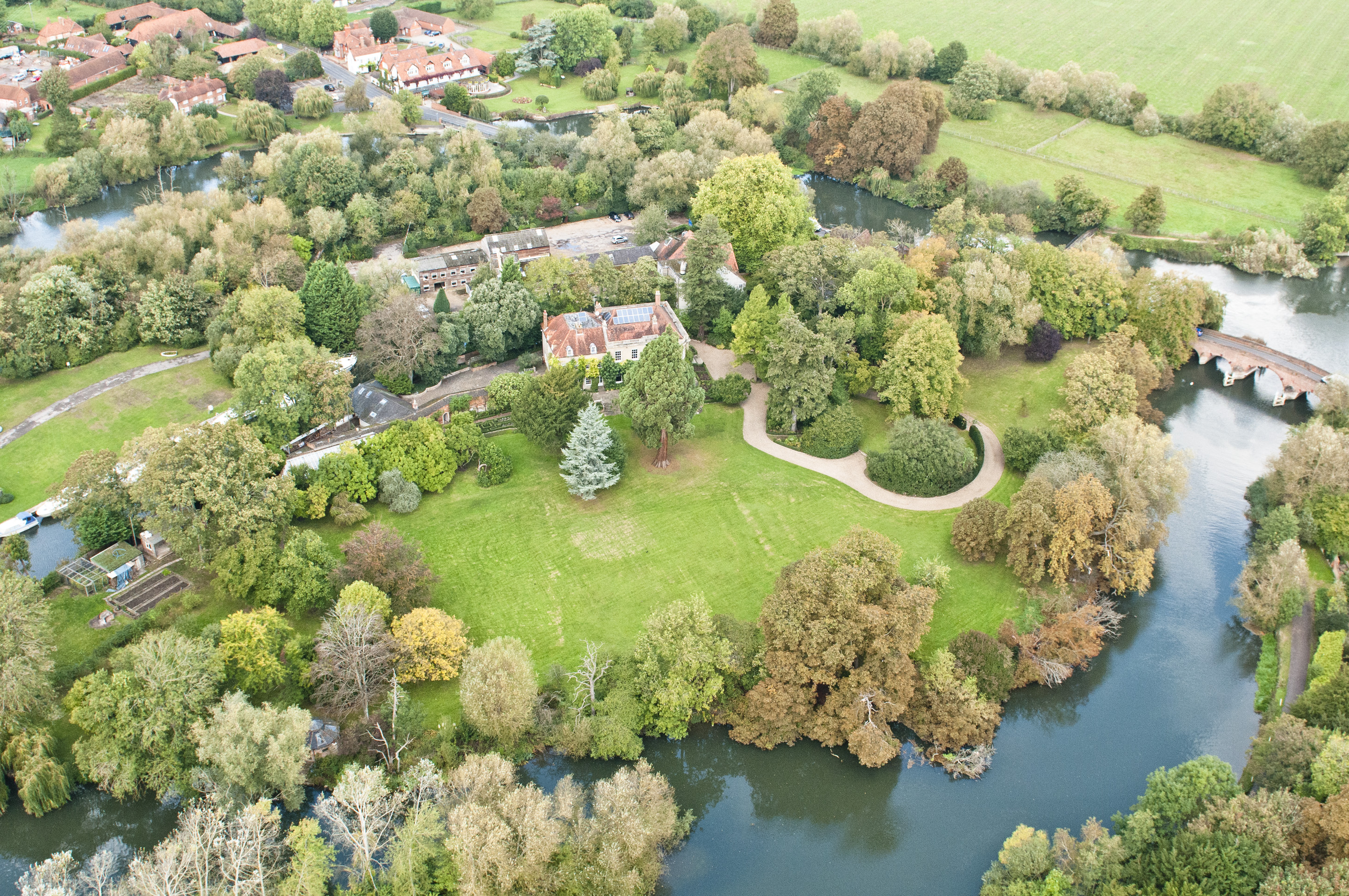 Shocking before and after pictures of the home in Sonning show the scale of devastation left by back-to-back killer storms Ciara and Dennis.

The tennis court, veranda and most of the previously luscious lawn have been submerged by filthy flood water from the nearby river.

Clooney and his human rights lawyer wife moved into the country pile with their twins in 2016 after an intensive 18-month long refurbishment when it was previously hit by flooding.

They paid an undisclosed amount for the Grade II listed mansion, which was put on the market for £7.5million in September 2014. 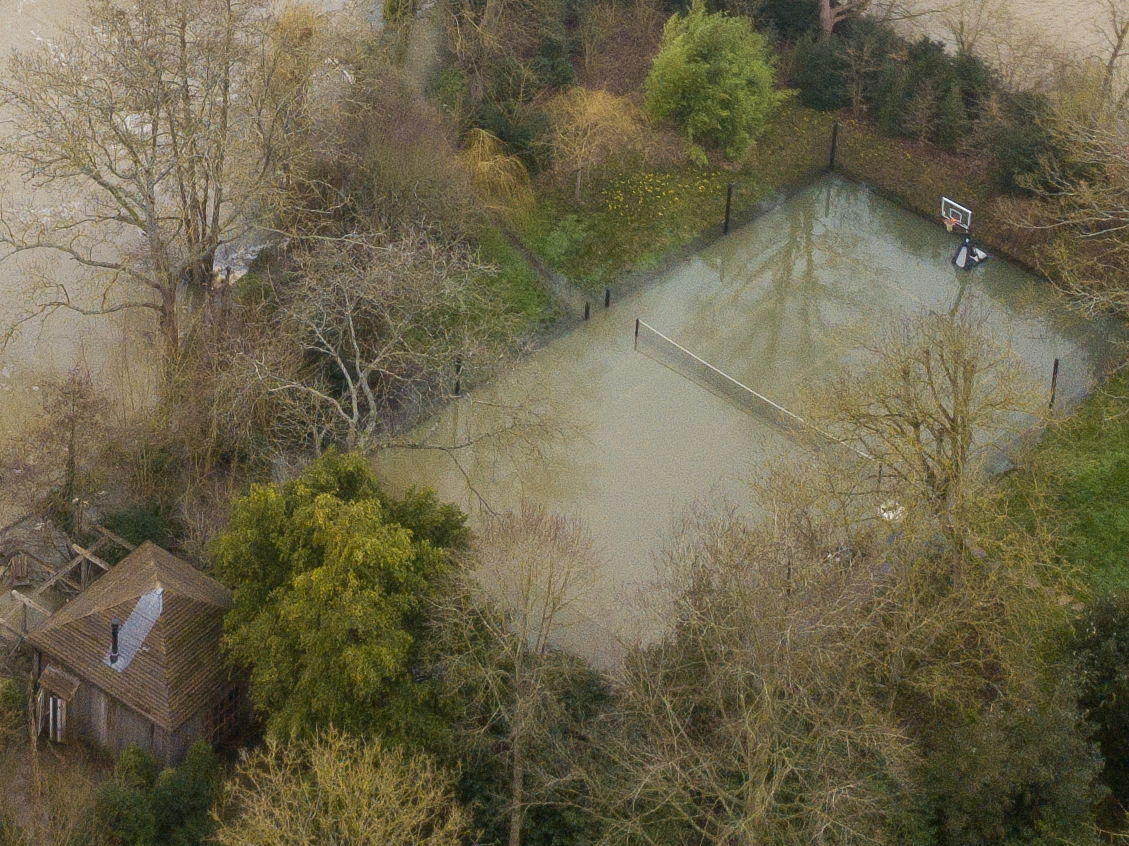 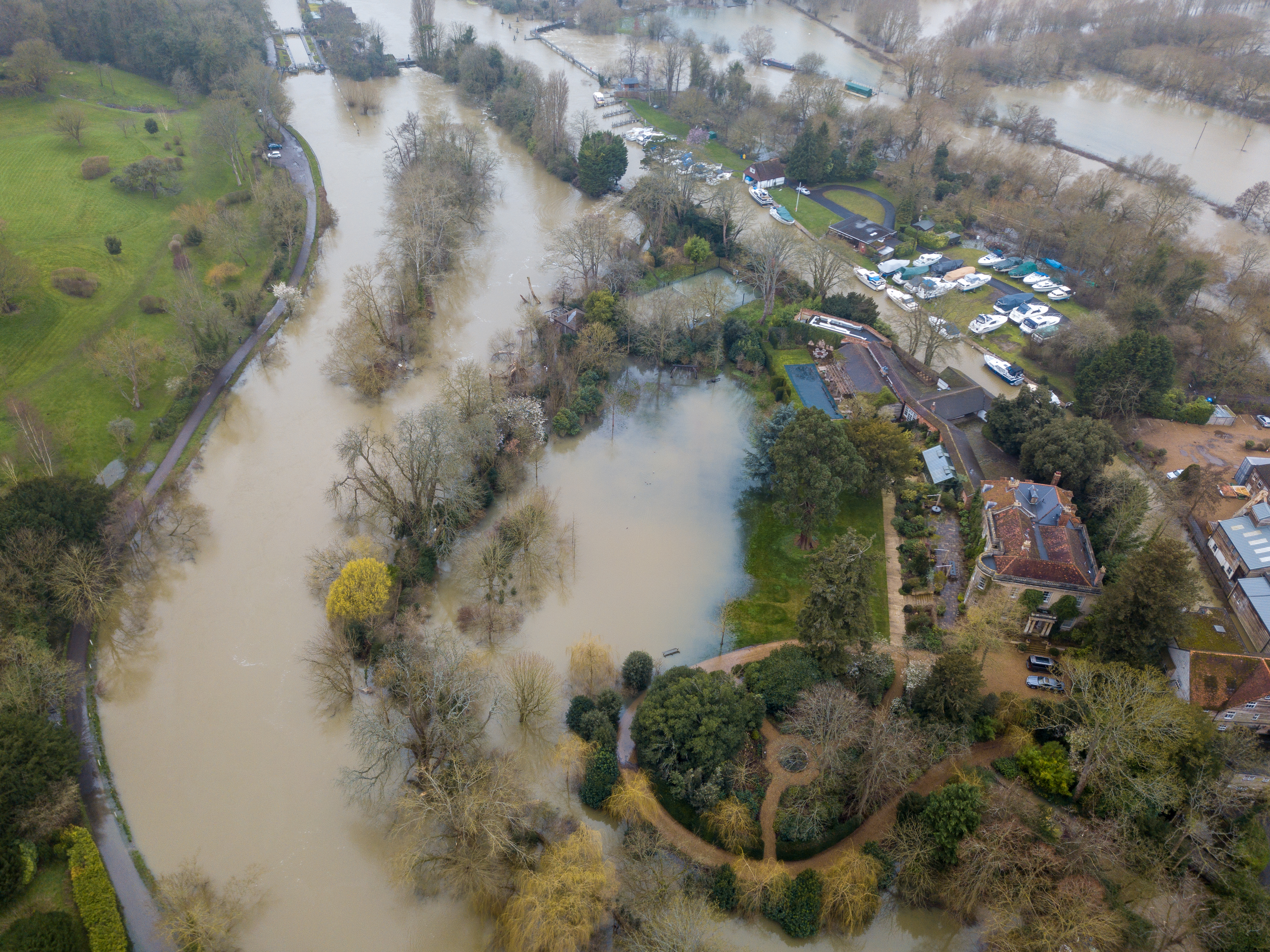 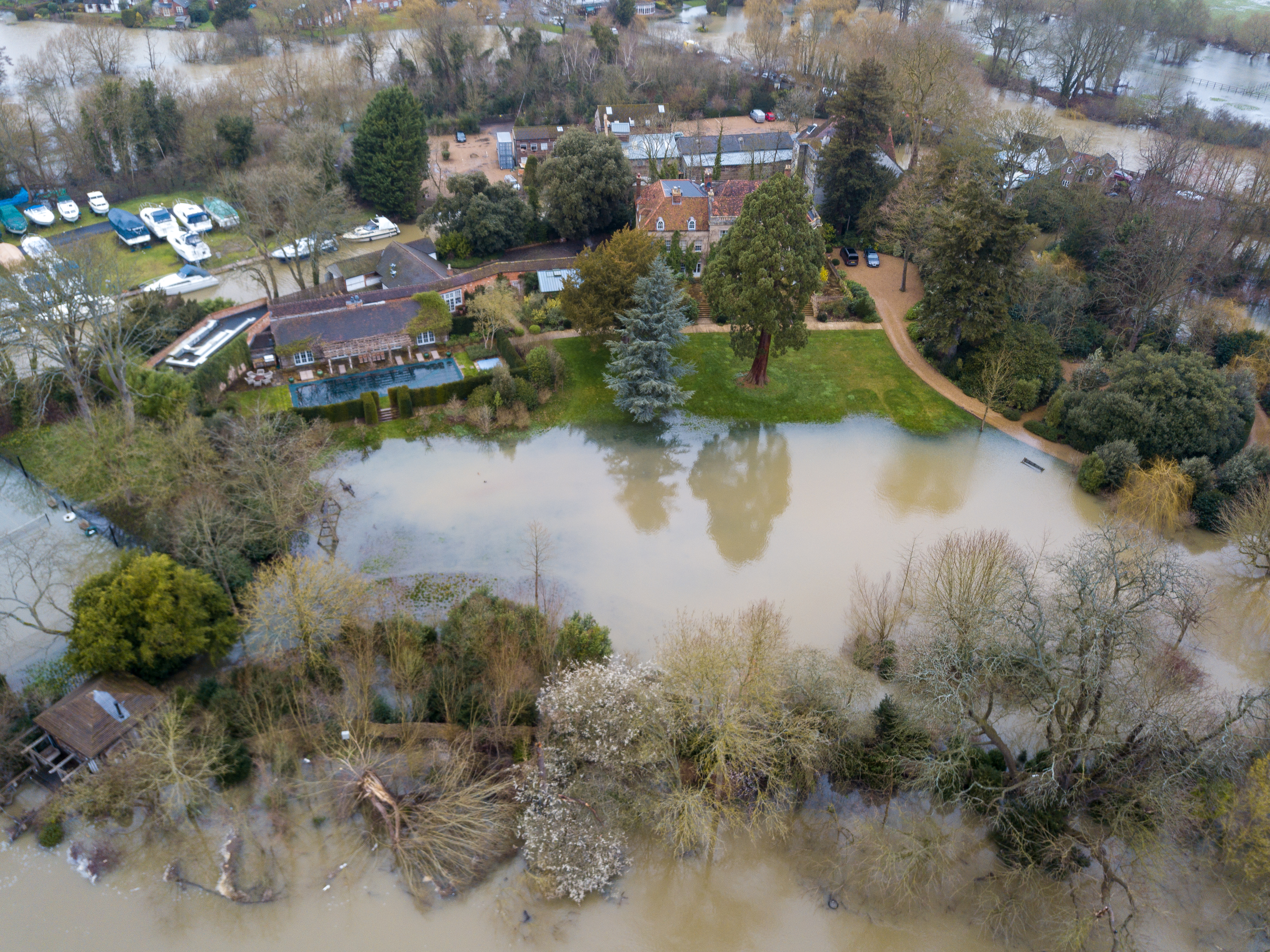 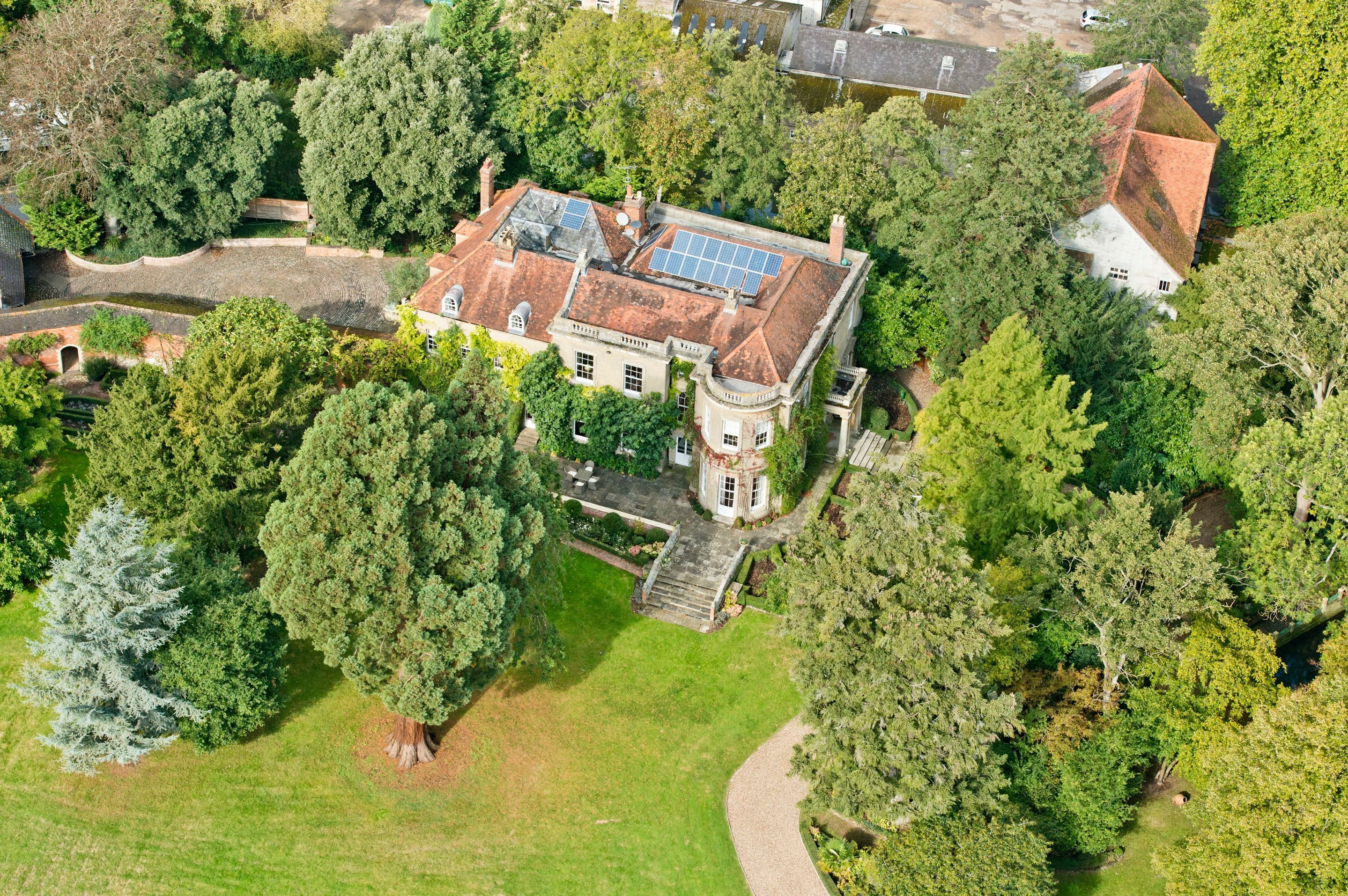 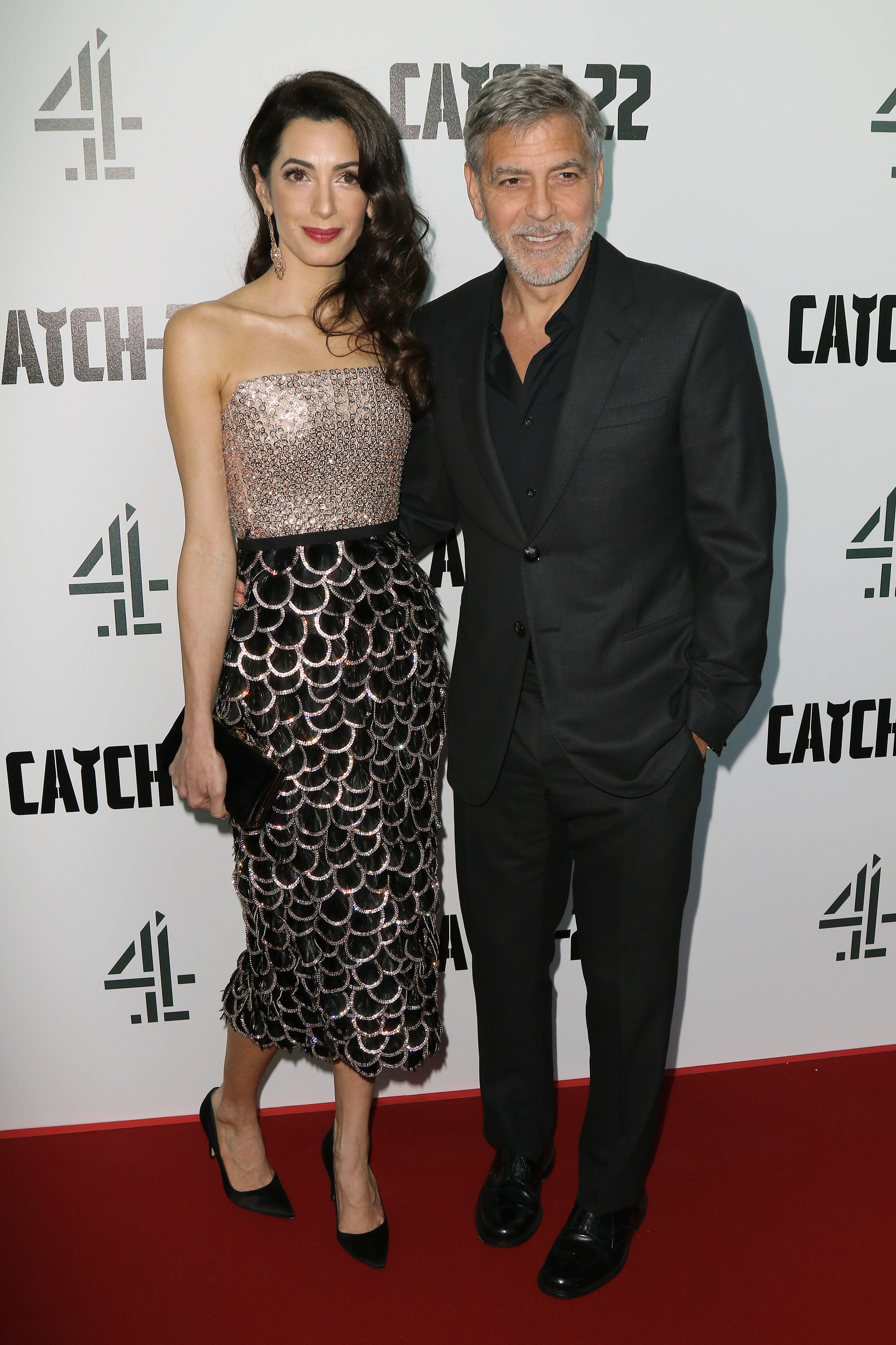 Britain is bracing itself for more rain with five danger to life flood warnings in place across the Midlands near the Welsh border around the Rivers Lugg, Severn and Wye.

A further 79 flood warnings are in place with another storm due to hit and severe rain forecast for the weekend.

If strong enough, the storm could warrant the fifth name of the season – Ellen.

Storms Dennis and Ciara rampaged through the country bringing heavy downpours as the UK faced its worst flooding in 200 years.

More than a month's worth of rain of rain has fallen in the past 24 hours with hundreds of people evacuated from their homes.

In Cumbria, 178mm of rain lashed down in 24 hours, while in Seathwaite 158mm of rain was recorded.

According to the Environment Agency, England has already received 141 per cent of its average February rainfall so far this month.

The River Severn surged through Ironbridge, Shrops, at a rate of 470tons of water per second.

In Hereford, the Wye reached 20ft, the highest since records began 200 years ago.

Brave rescuers have been pulling OAPs and stranded residents to safety on inflatable boats in Wales and northern England.

In the Forest of Dean, three men risked their lives to save a freezing woman trapped on the roof of her submerged car overnight. 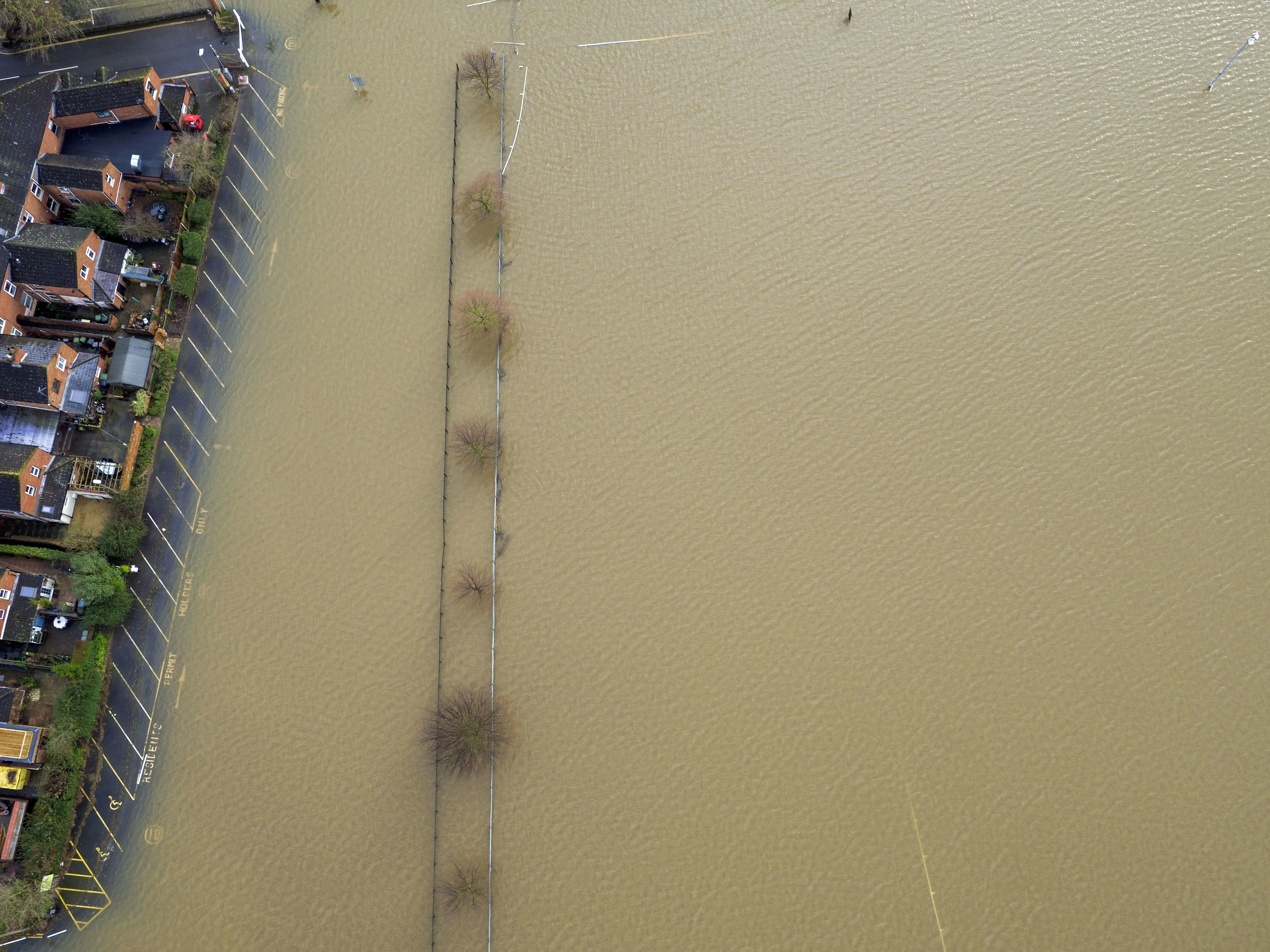 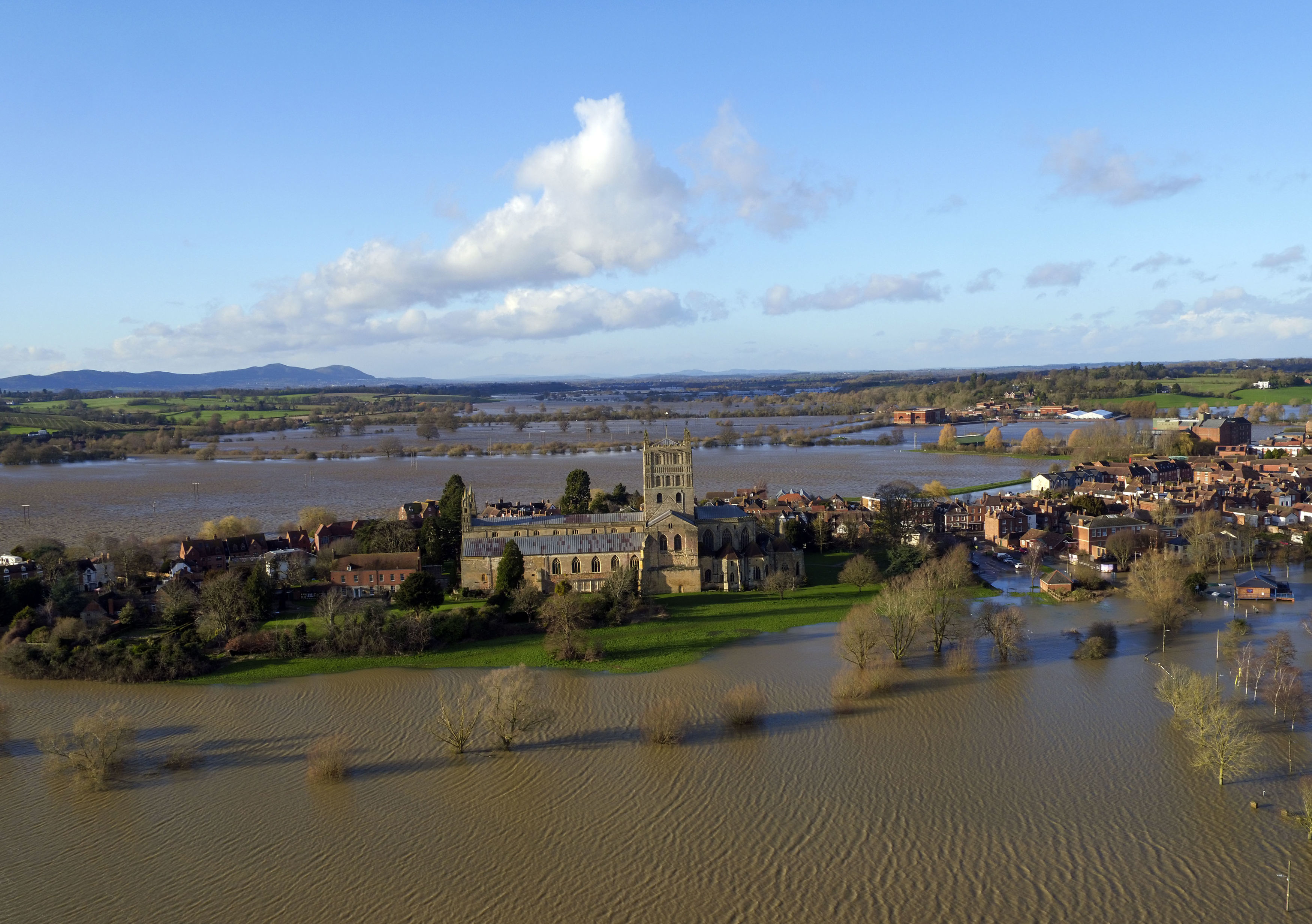 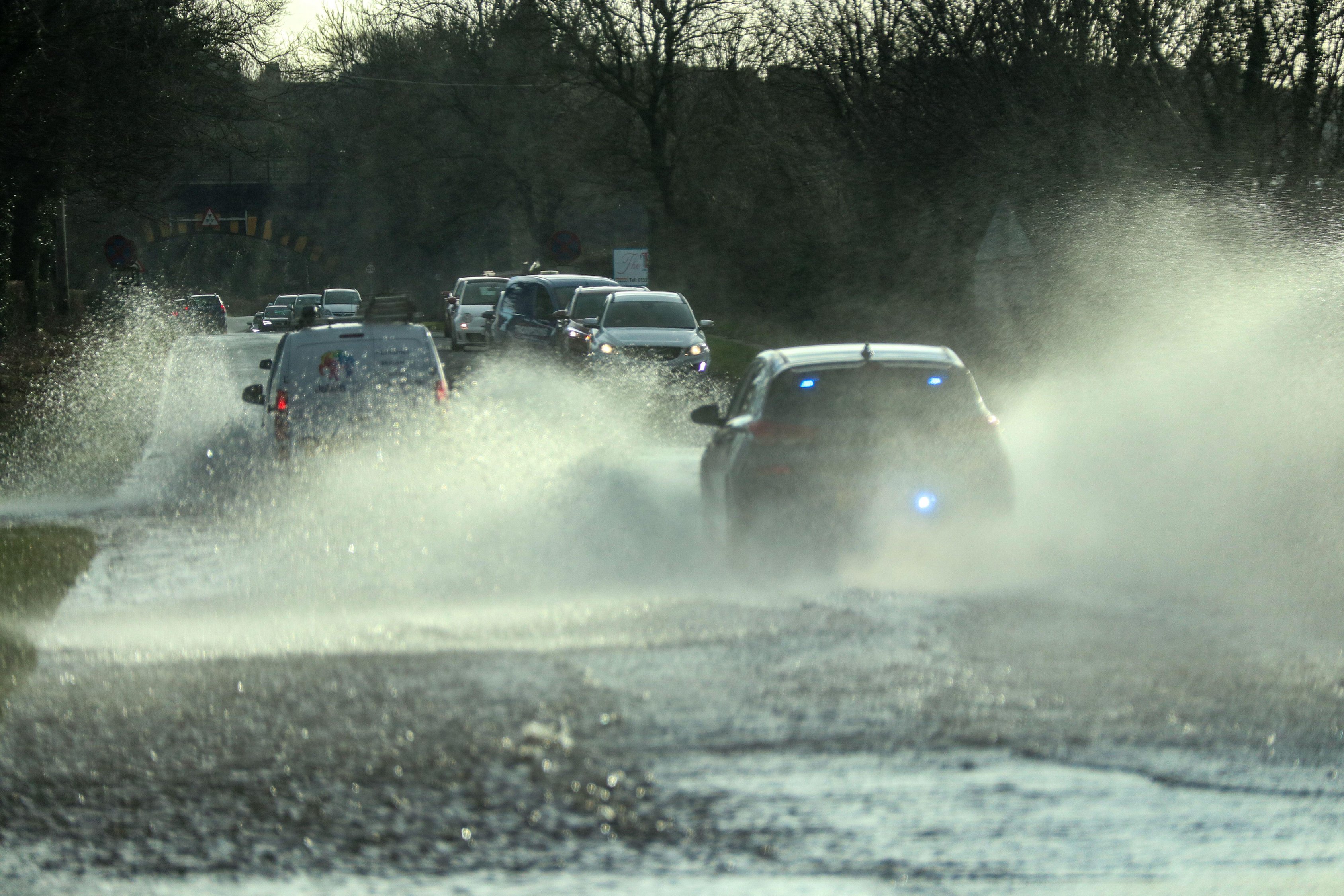