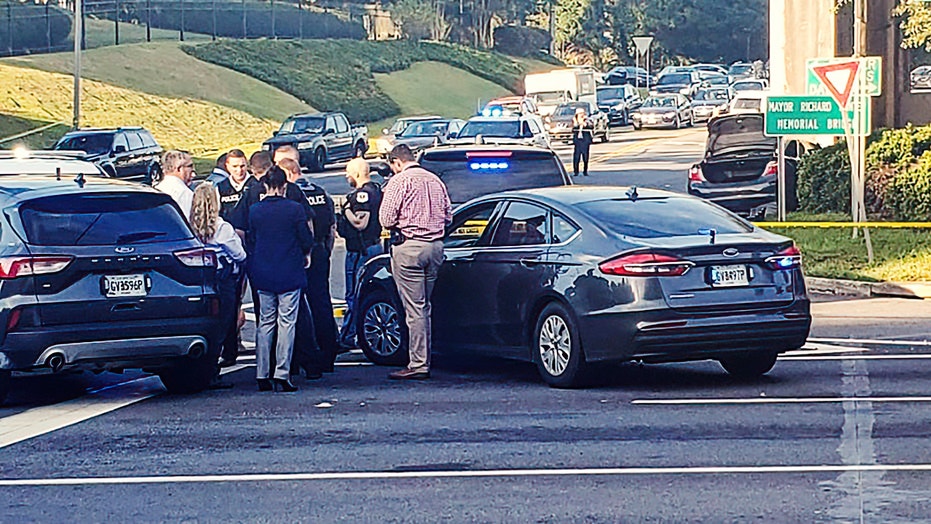 A carjacking suspect wielding a bow and arrow was in custody in Georgia on Tuesday after a standoff with police, authorities said.

Atlanta police were called to the scene of a carjacking just after 6 a.m. and found a female victim who reported that a Caucasian male took her 2014 Toyota Camry, the Atlanta Police Department said.

She said the man was armed with a bow and arrow when he approached her while she was inside her vehicle. He then fired an arrow into the windshield and demanded she exit the car, police said.

The victim was not injured during the incident. 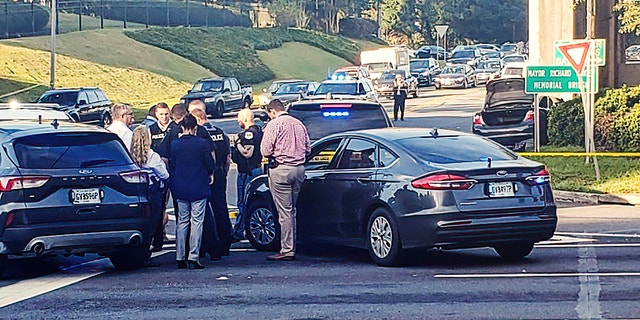 The suspect was taken into custody in Marietta on Tuesday following a standoff with police.
(FOX 5 Atlanta WAGA)

Police said investigating officers learned that a man matching the suspect’s description and armed with a similar weapon had unsuccessfully tried carjacking two motorists prior to taking the Toyota Camry.

While police in Atlanta continued to investigate, officers in Marietta responded to the scene of a car crash on Powder Springs Street, FOX5 Atlanta reported. The driver of the crashed vehicle pulled a compound bow and arrow on responding officers and aimed it at them.

At least one officer opened fire on the suspect, the station reported. It was not immediately known how many shots were fired or whether the suspect was injured.

The Marietta and Cobb police departments took the suspect into custody following the standoff. Cobb police confirmed to the station that the vehicle involved in the crash was the same Toyota Camry that had been carjacked earlier.

Police did not immediately release the suspect’s identity or any charges he may face.

Mike ‘The Situation’ Sorrentino is a married man

Chrissy Teigen Shuts Down Hater Who Claimed She Was Balding