Jeffrey Epstein received “up to three massages per day,” his former Palm Beach housekeeper recalled of the 12 years he had worked for the financier from 1990 through 2002. Juan Alessi took the stand at Ghislaine Maxwell’s trial Thursday to provide insight into Epstein and Maxwell’s alleged dirty secrets and to corroborate victim “Jane’s” story.

The housekeeper testified that Epstein received “one [massage] in the morning, one in the afternoon and another … after the movies, at 11 o’clock at night.”

The housekeeper also testified to finding “pornographic tapes” and “a black vinyl or leather costume.” 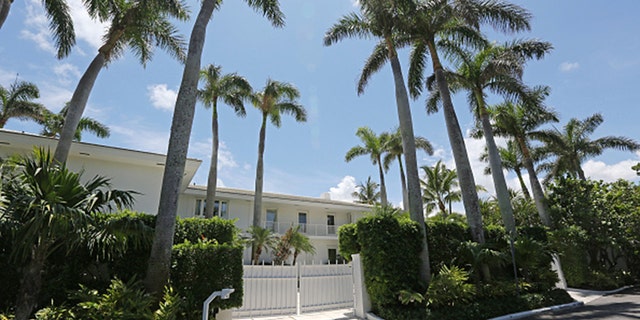 Jeffrey Epstein’s Palm Beach waterfront home is at the end of a palm tree-lined street, El Brillo Way. In addition to his Palm Beach home, Epstein owned a house in New York City, a ranch in New Mexico and a private island in the U.S. Virgin Islands.
(Emily Michot/Miami Herald/Tribune News Service via Getty Images)

Alessi said he would also sometimes be tasked with reaching out to and picking up girls for the massages. Maxwell and Epstein would keep a phone directory next to telephones. Alessi testified he had met “Jane” at the Palm Beach house in 1994 and that she was there several times after that. She appeared to be “14, 15,” he testified.

Alessi also picked her up at her house to bring her to Epstein’s home and took her once to the airport along with the pair so they could get on Epstein’s private plane. Alessi also remembers “Jane’s” number being on the phone directory.

“Jane” was one of the two females who “appeared to be underage” who showed up at the Florida residence. One day, the witness recalled, he was driving Maxwell to luxury spas in the area when she spotted a girl and asked him to stop so she could talk to the girl. In Alessi’s words, she “looked young,” “had blonde hair,” and “a long white uniform like the nurses.” He would later learn the girl’s name was Virginia Roberts. She would visit Epstein’s house frequently when both the financier and Maxwell were there.

Alessi also recalled seeing “Many, many, many females” at Epstein’s residence in Florida throughout the years he worked there. “Most appeared to be in the late 20s” and “hundreds of times” he’d see them by the pool and “80%” of the time they were topless while interacting with Epstein and Maxwell.

In his final year working for Epstein, Alessi received from Maxwell a booklet of 58 pages with work instructions.

“I have to say it was very degrading to me.”

Later, during the examination of the witness, Assistant U.S. Attorney Maurene Comey provided him with a copy of the household manual. He read off the booklet: “Try to anticipate the needs of Mr. Epstein, Ms. Maxwell and their guests. Do not discuss personal problems with guests. Remember see nothing, hear nothing, say nothing, except to answer a question directed to you. Respect their privacy.”

Alessi also mentioned Maxwell’s Yorkshire terrier named “Max,” which “Jane” recalled in her account of the day she met Maxwell.

“She traveled with Ms. Maxwell all the time,” Alessi said.

“How do you know that?” Comey asked.

“Because I took Max. She had to have a bath before she leave, and every time it was wheels up the poor dog shacked like crazy because she didn’t like to be on the plane,” Alessi responded.

When Alessi was asked to identify the defendant, he paused. As their eyes met, Maxwell appeared to nod. He said Maxwell was Epstein’s “girlfriend” and “the lady of the house” who was there “95% of the times” when Epstein was at his Palm Beach house.

Alessi said his relationship with Epstein started off cordial but that their conversations were “less and less” frequent throughout the years he worked for him.

Maxwell would give Alessi instructions on how to do his job.

“There was a time when she said, ‘Jeffrey doesn’t like to be looked at (in) his eyes. You should never look at his eyes. Just look at another part of the room and answer to him,’” Alessi said.

Supreme Might Be Launching A Lipstick For Unapologetic Hypebaes

Death in Paradise: Will Ardal O’Hanlon ever return to show? ‘We’ll be back’