A city in north-west China was heavily hit by a hailstorm today.

Footage released by Chinese media shows a resident holding a massive hailstone as big as her palm. 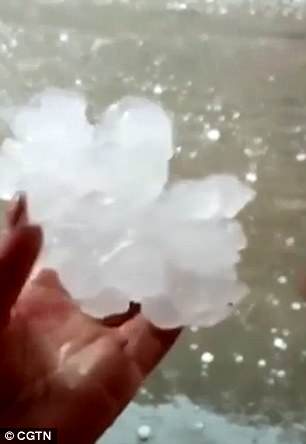 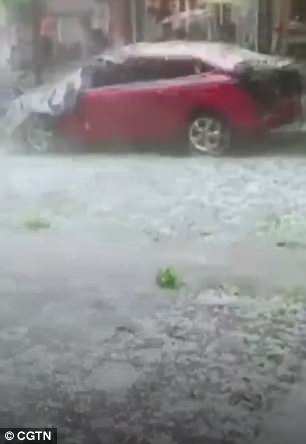 Heavy hailstorm hit Shangnan county in north-west China today with palm-sized pellets poured on the streets (left). The hailstones formed a thing layer of ice on the road (right) According to Central China Television, cities in Shangnan county of Shaanxi Province was battered by a 20-minute-long storm this afternoon.

Many claimed the pellets were of sizes of pigeon eggs and some as big as a person’s palm.

It’s said the hailstorm has also caused damage to buildings and crops.

Shangluo meteorological bureau warned members of public that they were expected to have heavy rain and gusty winds accompanied with the hailstones in the coming six hours.

They advised the public to stay indoor and set up anti-hail protection in their houses. 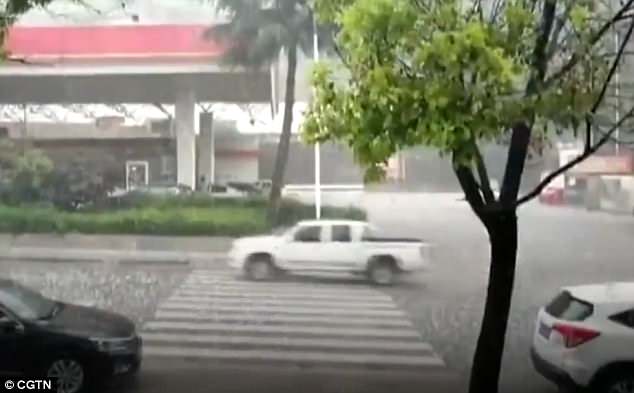 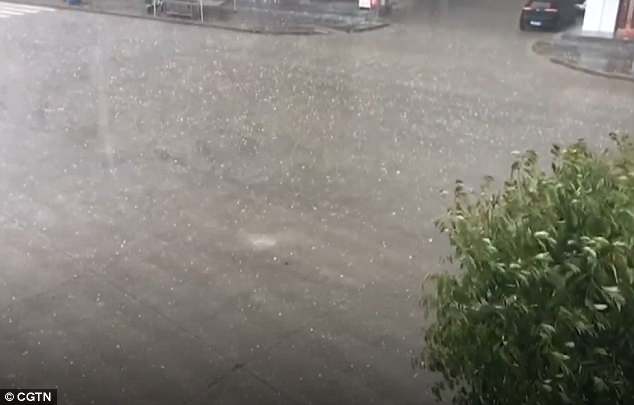 The Army Is Building the World’s Most Powerful Laser Weapon. Ever.