A TODDLER with a "beautiful smile" died after suffering a serious head injury.

Two-year-old Lola James passed away in July last year, four days after being rushed to hospital. 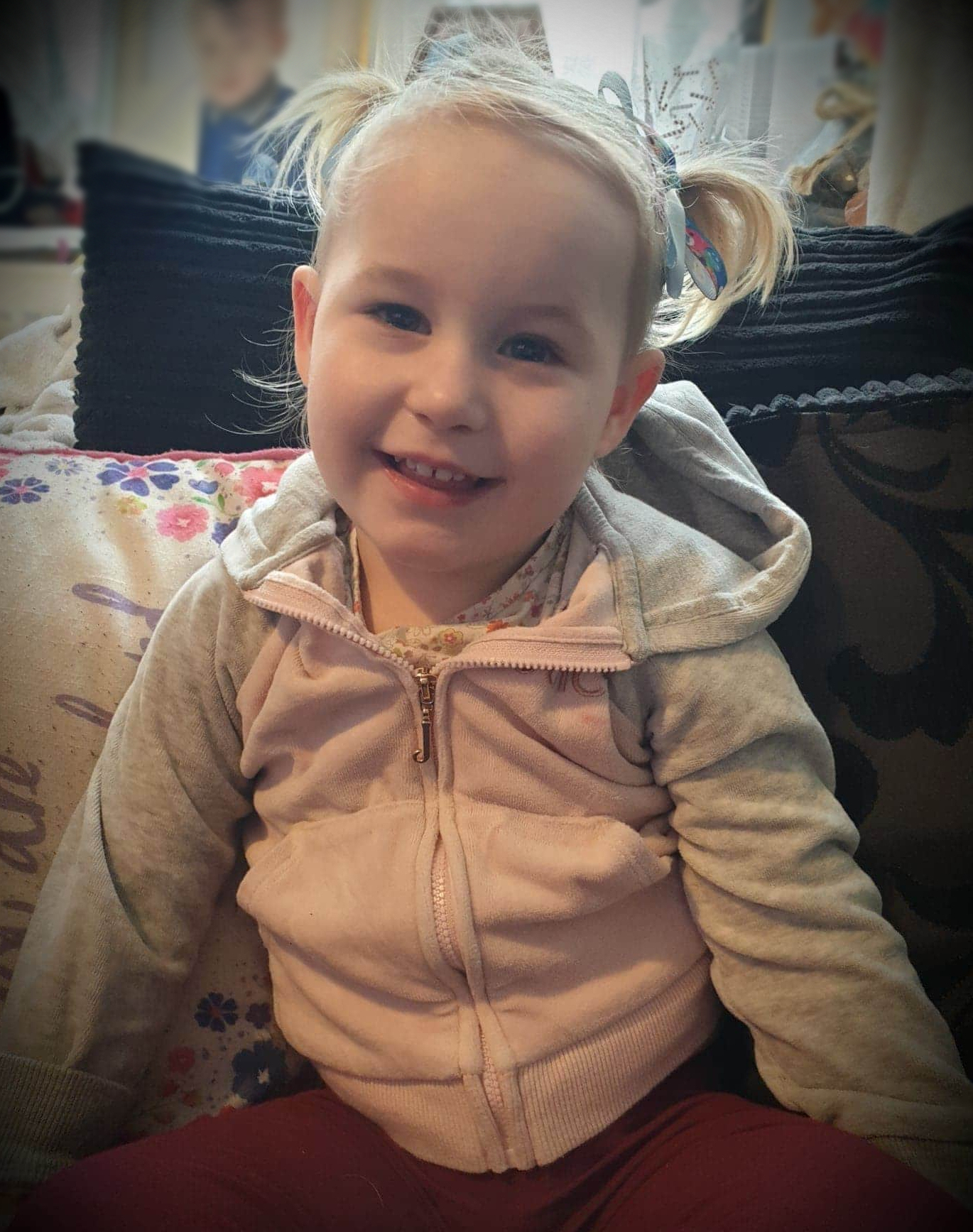 Two people have been arrested on suspicion of assault and neglect following her death in Haverfordwest, Pembrokeshire.

An inquest heard that on July 17, 2020, doctors at Withybush General Hospital notified police of a child with a "serious head injury".

Lola was transferred to the intensive care unit at the University Hospital of Wales in Cardiff but sadly died on July 21.

Pembrokeshire and Carmarthenshire Coroner's officer Lisa Jenkins told the hearing: "A full police investigation was launched and is currently ongoing."

Acting senior coroner Paul Bennett said he was adjourning the hearing until September.

The short hearing, which was held remotely, was attended by Lola's father Daniel Thomas and grandmother Nicola James.

Lola, you have left a hole in the hearts of everyone you met. Your sparkly eyes and beautiful smile will be missed always.

At the start of proceedings, Mr Bennett extended his condolences to the family.

"Can I say how sorry I am that we have to deal with matters in this particular way and also in the context of the environment we are all having to deal with at the moment," he said.

"I am really sorry we cannot meet in person so that I can extend my personal condolences to you in person, nevertheless I do want you as a family to feel that both myself and the coroner's service do empathise with you on your particularly sad loss."

"From the very first time I met my beautiful daughter, Lola Patricia James, my heart was filled with such joy, a happiness I'd never felt before, an unconditional love and need to always protect her for the rest of her life," he said.

"Not in a million years did I think her life would be snatched away from her in such a cruel way.

"All the things she never had chance to learn, see or say, and all the things I will never have chance to teach her – to write her name, ride a bike or drive a car.

"Lola, you have left a hole in the hearts of everyone you met. Your sparkly eyes and beautiful smile will be missed always."

Dyfed-Powys Police had previously said two people had been arrested on suspicion of assault and neglect and the investigation was ongoing.