A PASSENGER jet was placed on lockdown at Glasgow Airport after dry ice leaking from cargo sparked a security scare.

Around 20 fire crews descended on the runway this morning with police and ambulances also in attendance during the alert. 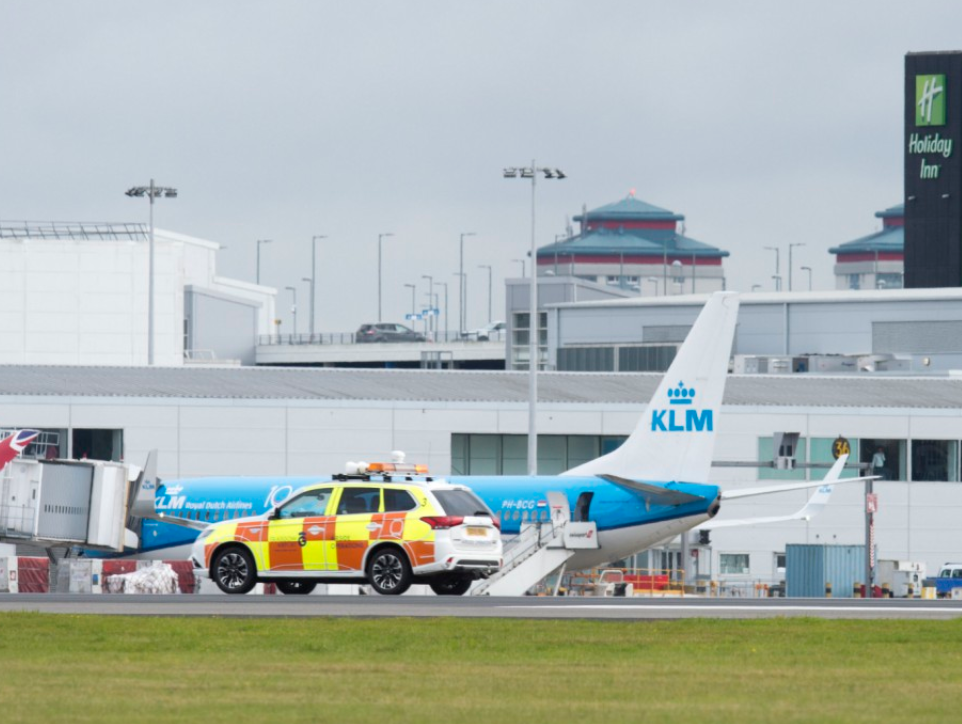 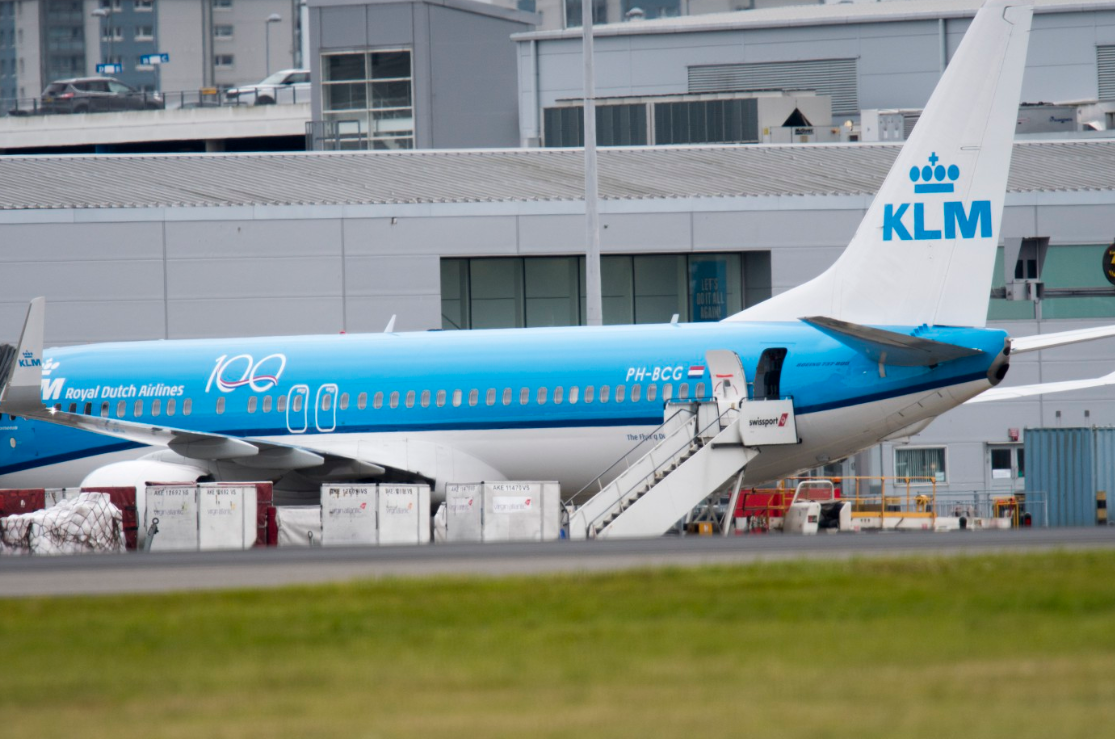 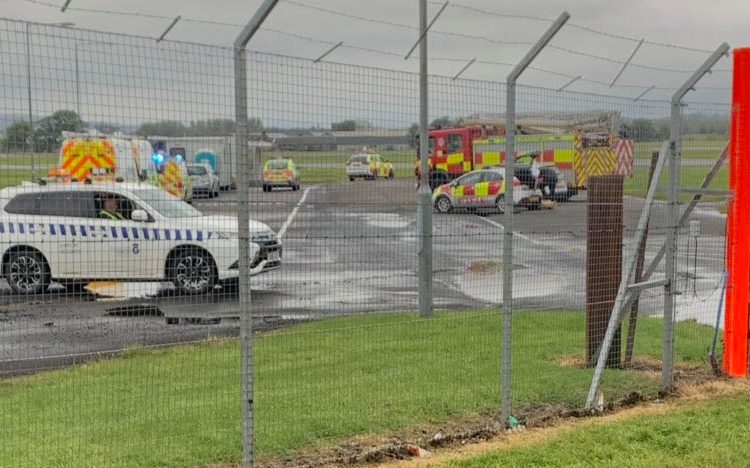 A section of the airport was locked down while cops investigated the mystery package on board the KLM flight.

It is understood the plane arrived from Amsterdam this morning.

Horrified passengers said they were led away in "groups of eight" to use the toilet as they waited in a cordoned-off area of the airport.

The alert was sparked around 10am before being stood down shortly before 1.30pm when the package was cleared as safe and found to be dry ice leaking from a container.

The rest of the airport continued to run as normal despite some delays on the M8 motorway as an exit was closed off.

A spokesman for Glasgow Airport said: “At approximately 10am today, the airport fire service attended an arriving KLM flight in response to concerns raised over a piece of cargo.

"The incident was stood down at 13.25 after the package was declared safe by emergency services.”

The Scottish Fire and Rescue Service confirmed they attended while Police Scotland said an "exclusion zone" was set up while the area was examined.

No flights were affected.

A spokeswoman for the airline said: "KLM confirms that on board KL1473, operating between Amsterdam and Glasgow, a package packed in dry ice started to leak.

"The package contained glass tubes with vaccines. These tubes have remained intact with only the cooling around them starting to leak.

"As a precaution, the fire brigade cordoned off the immediate vicinity of the aircraft. Passengers were never in danger but were taken off board as a precaution.

"The incident was stood down at 13.30 after the package was declared safe by emergency services." 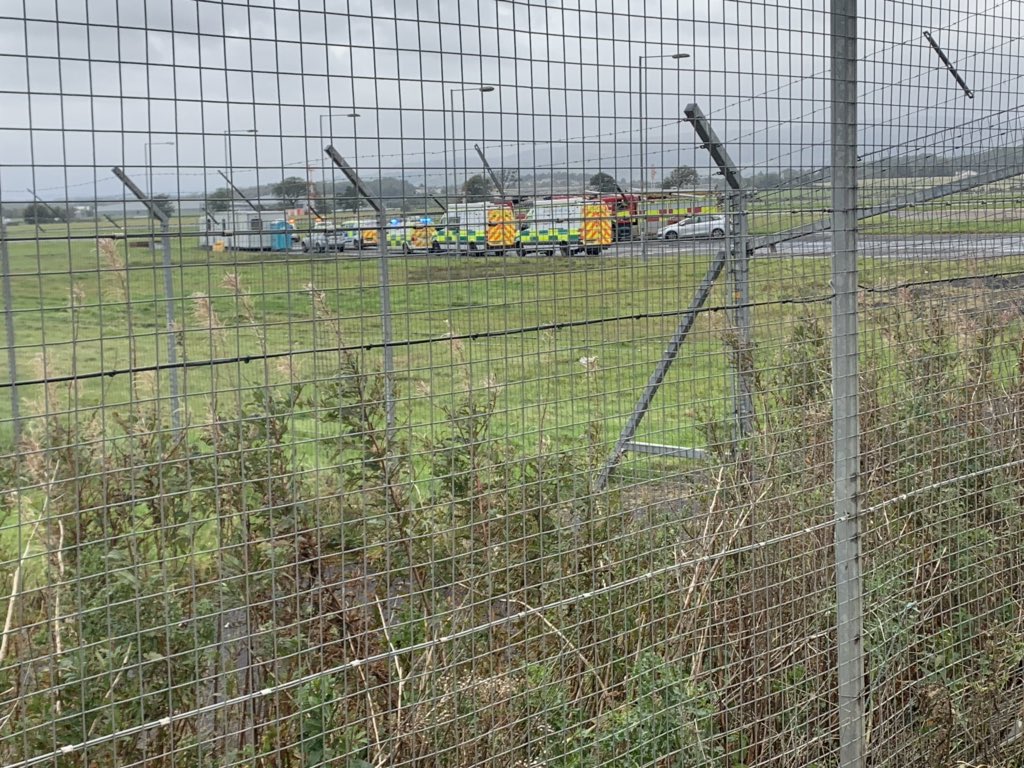 The Way Kelly Rowland Responded To Serena’s U.S. Open Loss Is A Lesson In Female Friendship