Claw meets paw! Playful golden retriever chases a crab around beach despite it trying to pinch him

A golden retriever wasn’t taking no for an answer when it encountered a crab for the first time and decided it would make the ideal playmate.

Mason, a three-year-old golden retriever was visiting the Outer Banks, Frisco, North Carolina, with his owner when he came across the crustacean.

The dog tries to play with the crab, but it lunges at Mason with its pincers at the ready, in the video recorded on July 5. 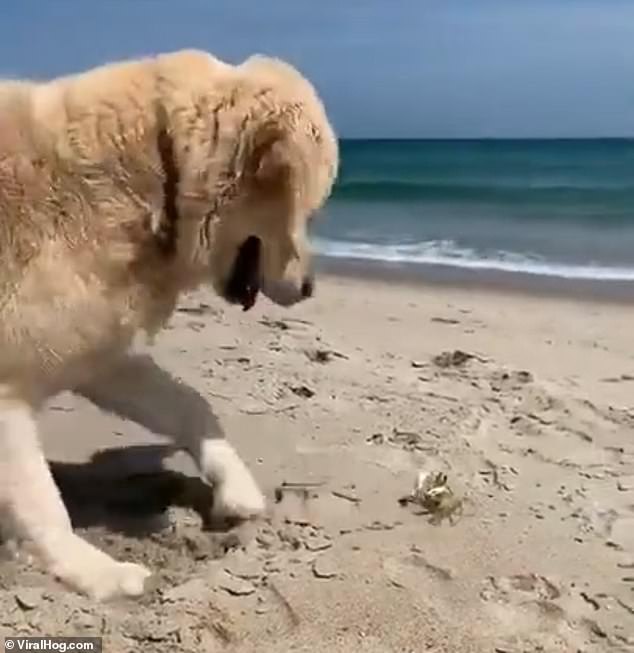 Mason the three-year-old golden retriever discovers a sand crab at the beach on the Outer Banks in Frisco, North Carolina 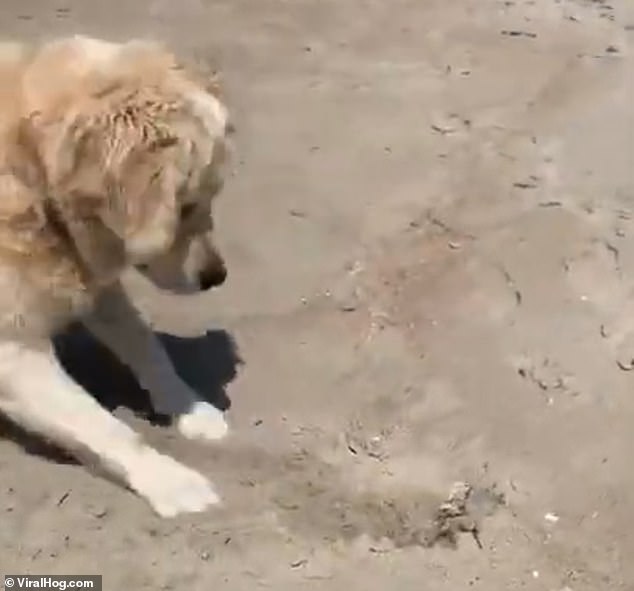 Mason is seen standing in front of the crab at first, pawing at it, trying to work out what he was seeing.

The crab doesn’t seem too keen to play though and jumps at Mason before scuttling backwards.

The golden retriever chooses to keep digging away at the sand before pursuing the crab across the beach.

Mason continues to paw at the crab and dig little holes around it in the sand as if encouraging it to play with him.

The three-year-old dog looks up at his owner on a couple of occasions but his attention is quickly brought back around to the crab at his paws each time.

The video was initially posted on Mason’s Instagram account on July 6 with the caption: ‘Mason vs Sand Crab.’

He shares the account, which has 1,307 followers, with fellow golden retriever, Reagan, who is aged seven.