‘Zuckerberg seems to think our elections are for sale’: Republicans react with fury over revelations Mark Zuckerberg piled $400million into local Democratic organizations to help swing the election for Biden

Republican lawmakers were left outraged on Thursday after a bombshell report claimed Facebook CEO Mark Zuckerberg and his wife gave nearly $420million to nonprofits that aided in the administration and infrastructure of the 2020 election, and heavily favored Democrat counties.

North Carolina Rep. Dan Bishop accused the tech billionaire of putting ‘his thumb on the scale’ to give Democrats an edge in last year’s races.

‘Our elections are not for sale, but Mark Zuckerberg apparently believes otherwise as he did all he could to put a thumb on the scale for Democrats in 2020,’ Bishop told DailyMail.com.

‘It’s clear that no one meddled more in the last election than Zuckerberg and the Big Tech elites.’

Kentucky Senator Rand Paul on Wednesday ripped Zuckerberg for trying to ‘purchase’ Wisconsin, a critical battleground state that was reportedly targeted by one of the Zuckerberg-funded groups, for Biden.

‘Are our elections for sale? Did Mark Zuckerberg purchase the Wisconsin Presidential election?’ Paul asked.

Florida Governor Ron DeSantis blasted Zuckerberg during a news conference and touted new election laws he recently signed into law as a ban on ‘Zuckerbucks’ in Florida. 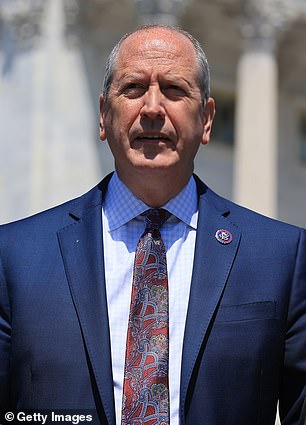 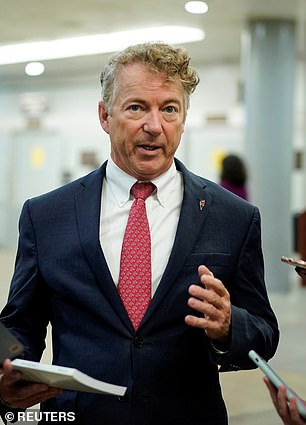 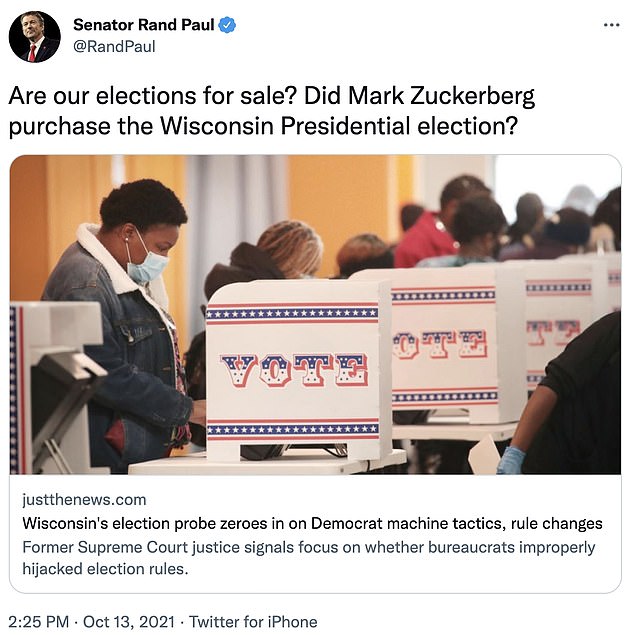 A conservative activist questioned whether Zuckerberg’s actions were legal

‘So, Zuckerberg, he spent over $400 million through these, quote, nonprofits to, quote, help with election administration,’ DeSantis said.

‘But what they would do is they would require certain things to be done like mass mail balloting, ballot harvesting, and they would focus on partisan voter turnout, basically. That was totally unacceptable.’

Senator Ron Johnson of Wisconsin said: ‘I continue to question whether Mark Zuckerberg’s highly partisan 2020 election spending was even legal.’

Zuckerberg, 37, and his wife Priscilla Chan, 36, donated $419.5million to The Center for Technology and Civic Life (CTCL) and The Center for Election Innovation and Research (CEIR), which the report says was given with specific conditions.

Using the donations, both CTCL and CEIR sent funds to local governments to implement administrative practices, voting methods, data-sharing agreements, and outreach programs for the 2020 elections, according to the report published in the Federalist on Tuesday. 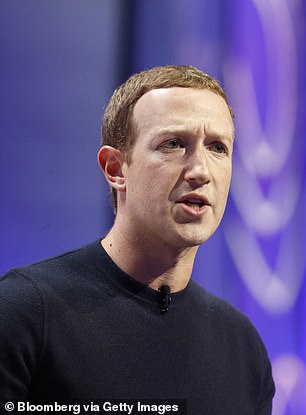 Mark Zuckerberg, 37, and his wife Priscilla Chan, 36, funneled $419.5million into two nonprofits that largely funded Democratic areas in the 2020 election

Analysis shows Biden-winning counties were three times more likely to get funding from the organizations than Trump ones, and the Democrats were reportedly given a significant boost in key swing states through promotion of practices that have typically favoured their vote tally, such as mail-in voting.

An investigation into what exactly Zuckerberg’s cash funded has been commissioned by Wisconsin’s Republican state Assembly Speaker Robin Vos.

One conservative activist questioned whether Zuckerberg’s donations were even legal under US tax law.

‘According to all the current laws on the books regarding 501c3 activities this is illegal,’ American Majority founder Ned Ryun wrote on Twitter on Thursday. 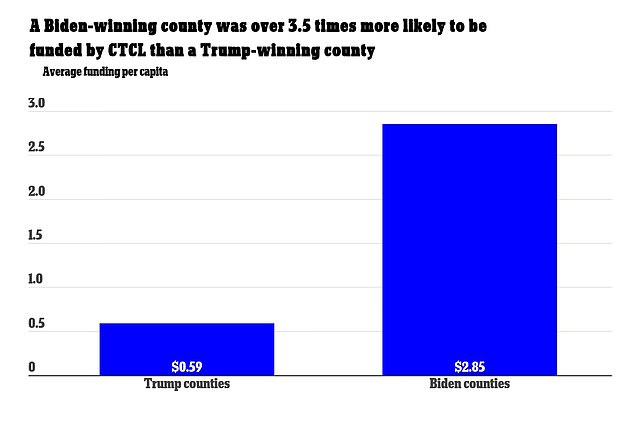 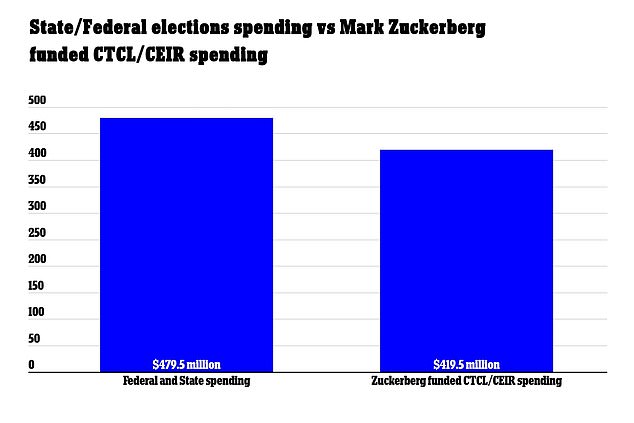 Zuckerberg’s contributions to the groups nearly matched the federal and state funding for COVID-19 related election expenses, which totaled $479.5million during the 2020 election.

While CTCL and CEIR are both non-partisan organizations, the report calls the non-profits ‘demonstrably ideological’, and claims both likely contributed to the record-breaking turnout that led to Joe Biden’s win in 2020.

Zuckerberg’s funds may have helped get more voters to the polls in Arizona, which Biden won by 10,000 and Georgia, which he won by 12,000, according to analysis by the Caesar Rodney Election Research Institute – a Delaware-based think tank.

When Wisconsin voted for Donald Trump in 2016 after voting for Barack Obama in both 2008 and 2012, Hillary Clinton and the Democrats were shaken.

Four years later, Joe Biden would go on to take the state by just 20,000 votes.

Now, in her new book ‘Rigged: How the Media, Big Tech, and the Democrats Seized Our Elections’, Mollie Hemingway claims the state is a prime example of how a nonpartisan group helped flip the state back to blue.

The Center for Technology and Civic Life, handed $350 million by Facebook boss Mark Zuckerberg, gave $6.7 million to Wisconsin towards ‘get out to vote’ initiatives.

Half of those funds went to Madison and Milwaukee – both blue counties.

In addition, the Wisconsin legislature gave the city of Green Bay roughly $7 per voter to manage the election, while rural areas received $4 per voter.

But CTCL boosted resources in Green Bay, a Democrat-heavy area, to $47 per voter, while rural counties typically stayed at the $4 mark.

In the case of Brown County in Wisconsin, which Trump won, a $1.1million grant was given from the nonprofit, which totaled only a mere 1.2 per cent of the grants offered within the 25 counties.

‘We have good reason to anticipate that the results of our work will show that CTCL and CEIR involvement in the 2020 election gave rise to an election that, while free, was not fair,’ wrote Dr. William Doyle, the principle researcher behind the analysis.

‘The 2020 election wasn’t stolen — it was likely bought with money poured through legal loopholes,’ he concludes in the report.

A total of $64.2million of Zuckerberg’s money was distributed by CEIR to 22 states and the District of Columbia.

CTCL reportedly demanded the promotion of mail-in voting practices – which was heavily supported by the Democrats – and also helped fund poll workers and temporary staff, and the quick increase of unmonitored private drop boxes for mail-in votes.

And in Wisconsin the money funded ‘vote navigators’ who  ‘assist voters, potentially at their front doors, to answer questions … and witness absentee ballot signatures.’

Zuckerberg’s contributions to the groups nearly matched the federal and state funding for COVID-19 related election expenses, which totaled $479.5million during the 2020 election.

Despite CTCL and CEIR being registered as non-partisan organizations, the Institute’s analysis found that groups allocated their money in mainly Democratic areas.

CTCL provided 25 counties with $1million or higher grants in Arizona, Georgia, Michigan, North Carolina, Pennsylvania, Texas, and Virginia, totaling $87.5million in grants. Biden won 23 of those counties in the election.

Brown County in Wisconsin, which Trump won, received a $1.1million grant from the nonprofit, which totaled only a mere 1.2 per cent of the grants offered within the 25 counties.

But within the county, funding disparities were stark.

The Wisconsin legislature gave the city of Green Bay roughly $7 per voter to manage the election, while rural areas received $4 per voter.

But CTCL boosted resources in Green Bay, a Democrat-heavy area,  to $47 per voter, while rural counties typically stayed at the $4 mark.

Similar disparities were found in Detroit, Atlanta, Philadelphia, Pittsburgh, Flint, Dallas, and Houston, among others that received large grants from the nonprofit, according to the report.

Preliminary studies of CTCL spending showed states like Texas received large amounts of money per vote in Democratic counties, such as Dallas, Webb, Cameron, and Harris – all of which Hillary Clinton won in the 2016 election.

The most money per vote a Republican county was allocated by the CTCL group was under $2 in Hays county compared to the highest Democratic county, which received $10 in Webb county.

Republican strongholds, like Denton and Collin counties, were not included in the Institute’s study as they did not receive CTCL funding. 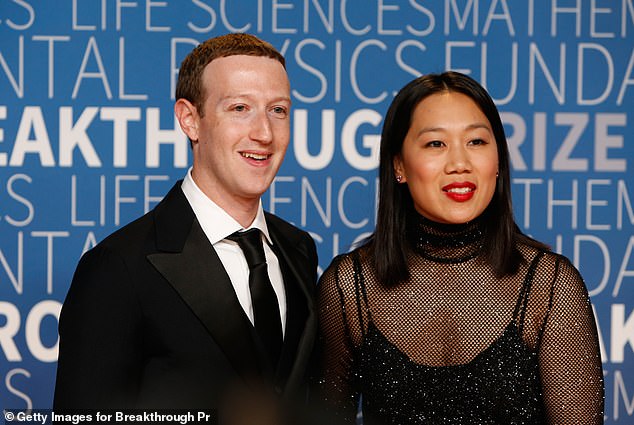 Zuckerberg (pictured with his wife) donated money to The Center for Technology and Civic Life (CTCL) and The Center for Election Innovation and Research (CEIR), nonprofits that provided grants to counties and helped fund the election

The Center for Technology and Civic Life (CTCL) and The Center for Election Innovation and Research (CEIR) both provided funds to local governments during the 2020 elections.

While the two non-profits are officially non-partisan, they have been described in the report as ‘demonstrably ideological’.

These included administrative practices, voting methods, data-sharing agreements, and outreach programs, according to the report.

CTCL was founded in 2015 by Tiana Epps-Johnson, Whitney May and Donny Bridges, all of whom worked as election officials or administrators in the past.

All three of its founders previously worked for a now-defunct organization called the New Organizing Institute, that was run by a former Obama staffer to train left-leaning activists in digital campaign strategy.

On its website, CTCL says: ‘We connect Americans with the information they need to become and remain civically engaged, and ensure that our elections are more professional, inclusive, and secure.’

CEIR, meanwhile, was founded by David Becke in August 2016.

Before founding the non-profit, he worked as director Pew Charitable Trust’s elections program and as a trial attorney for the Department of Justice’s Civil Rights Division.

Becker said in a video hosted on the organization’s website that he founded CEIR ‘in response to the historic decline in voter turnout and the impending threat of foreign interference that seeks to further divide our nation and depress citizen engagement.’

According to CEIR’s website, the non-profit ‘is an innovative non-profit with a proven track record of working with election experts from around the country and from both sides of the aisle. We seek to build voter trust and confidence, increase voter participation, and improve the efficiency of election administration.’

Similar analyses of Georgia and Wisconsin resulted in similar effects, according to the Institute’s report, which found that the CTCL gave $6.7 million to Wisconsin. Half of those funds went to Madison and Milwaukee – both blue.

A total of $64.2million of Zuckerberg’s money was distributed by CEIR to 22 states and the District of Columbia.

The two nonprofts have both been accused of having a left-leaning bias, directing the funds to counties more likely to have a positive impact for Joe Biden and the Democrats in the 2020 election.

In the case of CTCL, all three of its founders previously worked for a now-defunct organization called the New Organizing Institute (NIO), that was run by a former Obama staffer to train left-leaning activists in digital campaign strategy.

In 2014, the Washington Post called the ‘NIO’ the ‘the left’s think tank for campaign know-how’ and ‘the Democratic Party’s Hogwarts for digital wizardry.’

The nonprofits defended their roles.

‘These grants helped states inform voters about changes to election procedures, polling locations, and recruit poll workers in response to the pandemic,’ David Becker, the founder and executive director of CEIR said.

CTCL spokesman Ben LaBolt told the Post: ‘While Mark and Priscilla provided an overall grant to CTCL [to] ensure funding was available, they did not participate in the process to determine which jurisdictions received funds, and as a [nonprofit organization] CTCL is prohibited from engaging in partisan activities.’

Funding and managing election is typically a government function, not a private one. Private organizations, such as CTCL and CEIR, do not have to follow the same regulations as public institutions.

They are not required to hold public hearings, cannot be monitored through open-records requests, or are subject to governmental checks and balances.

Facebook has repeatedly come under scrutiny for the impact it has on democracy.

Last year, U.S. intelligence officials warned House lawmakers that Russia was interfering in the 2020 campaign to get then-president Donald Trump re-elected, while there was also a well-documented campaign to interfere in 2016 as well.

The social media behemoth – and its ability to police misinformation – has been at the centre of discussions around such election meddling, with Mark Zuckerberg himself saying his company has shut down attempts from Russia to interfere.

In another example, a data leak from Trump’s 2016 presidential campaign revealed that it targeted millions of black Americans with a ‘deterrence’ campaign using Facebook ads – that critics calling voter suppression.

The leak, reported by Britain’s Channel 4 News, described the deterrence element of the campaign voter file, which included information on 200 million Americans that the campaign sliced and diced for potential electoral benefit.