Grandmother, 69, died after being hit on head by rugby ball as she watched her grandson playing for under-11s at local club, inquest hears

A grandmother died after she was hit in the head with a rugby ball while watching her grandson play for the local club’s under-11 team, an inquest heard.

Jennifer Selwood, 69, was treated beside the pitch at Taunton Rugby Club’s Towergate Stadium in Somerset before being rushed to Musgrove Park Hospital.

Mrs Selwood was later transferred to Bristol’s Southmead Hospital, where she was in a coma for two weeks before she died on January 25.

An inquest hearing was told the cause of death was traumatic brain injury with secondary aplastic anaemia, which makes it difficult to clot a bleed.

Mrs Selwood had been watching grandson Ellis play for Taunton Under 11s on January 12 when she was hit by a ball kicked by a player on an adjoining pitch. 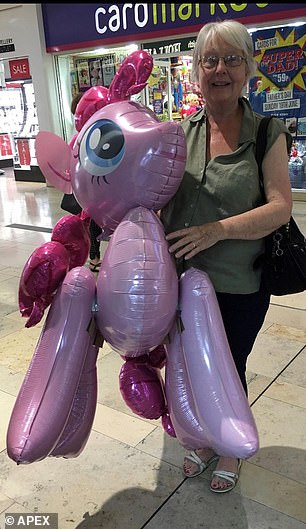 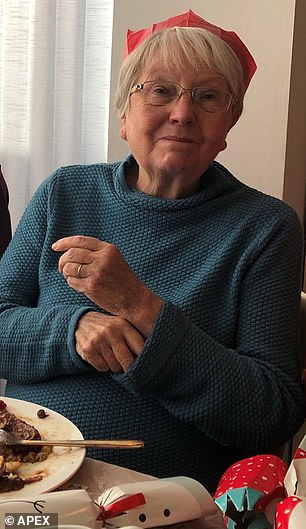 Jennifer Selwood (pictured), 69, had been watching her grandson Ellis playing for Taunton Under 11s when she was hit by a ball kicked by a player on an adjoining pitch

Her daughter Clare Rossiter told the hearing how Mrs Selwood had said she would stay ‘for another five minutes’ in the moments before she was struck by the ball.

‘People rushed over to help,’ she said. ‘The paramedics said she had concussion.

‘I was waiting for her when she came out of the ambulance at Musgrove. I said, “I thought you were watching rugby, not playing”.

‘Within an hour they told us it was serious and she was taken to Southmead. We spent two weeks driving up to Bristol praying she was going to wake up.

‘Then on Friday January 24 they called into her room and said, “We’re very sorry, this is the end of her life. There’s nothing we can do”. It was a complete shock.’

She leaves behind her husband Colin, children Clare and Daniel and four grandchildren.

As a girl, Mrs Selwood, who lived in Taunton all her life, attended Castle School where at 16 she met Colin.

She worked at the former Brettons restaurant in East Reach, as a dinner lady at Thurlbear Primary School and in Debenhams offices. 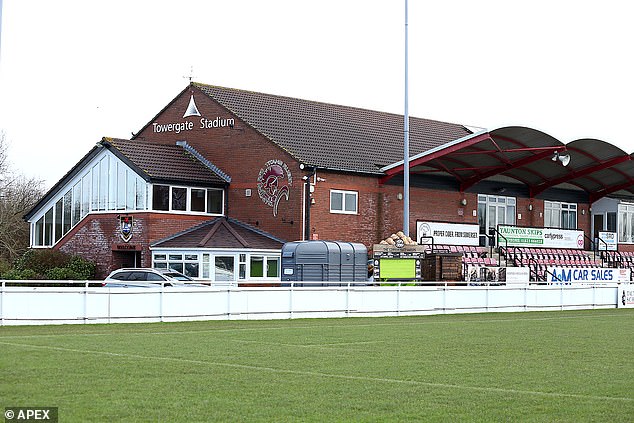 Jennifer Selwood, 69, was treated beside the pitch at Taunton Rugby Club’s Towergate Stadium in Somerset before being rushed to Musgrove Park Hospital

Her daughter Clare added: ‘We’re completely devastated, just broken. She’s really missed. We’ve got a huge hole where she was.

‘We feel robbed of a mum, a grandmother, a wife. Mum was the family compass. She was a huge part of our everyday life. She was everything to my dad.

‘Life revolved around the family. She was very happy, always laughing at something, full of fun.

‘She had lots of friends and was always up and about in town with me. She was very busy.’

Taunton RFC chairman John Wrelton said: ‘We’re desperately sorry and our sympathies are with the family.

‘One of our young players’ grandmother was watching her grandson play like thousands of other grandparents all over the country. 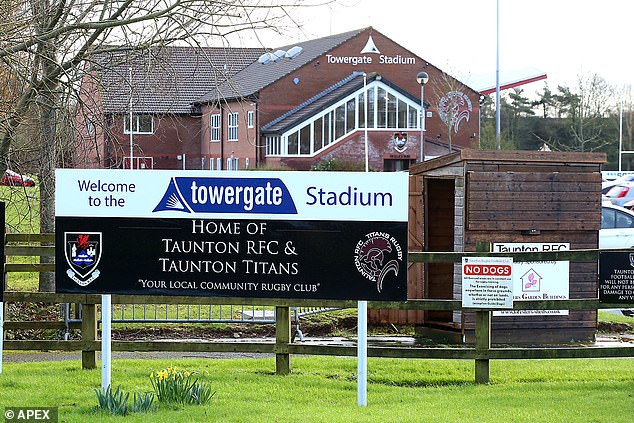 Mrs Selwood was later transferred to Bristol’s Southmead Hospital, where she was in a coma for two weeks before she died on January 25

Everyone Is Obsessed With Madewell Jeans, and These Are the 9 Bestselling Pairs

Spike Lee didn’t know Chad Boseman was sick: ‘I wouldn’t have made him do the stuff’