A GRAN was left with a gaping wound on her hand after a "botched" injection at hospital.

The gran-of-seven, 64 – who asked not to be named – was checked for any brain abnormalities at the Queen Elizabeth University Hospital in Glasgow last month. 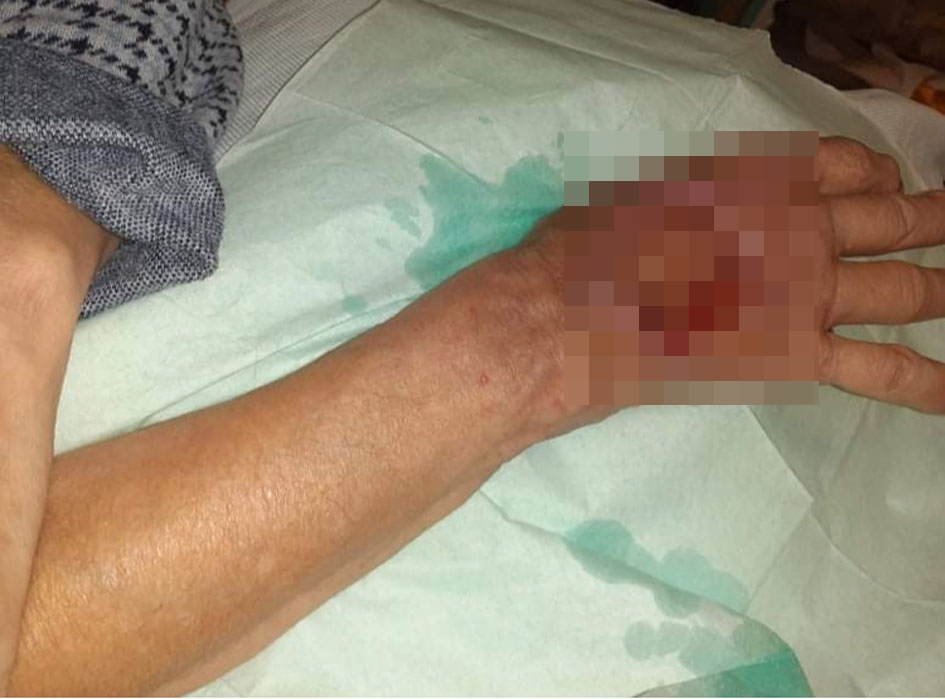 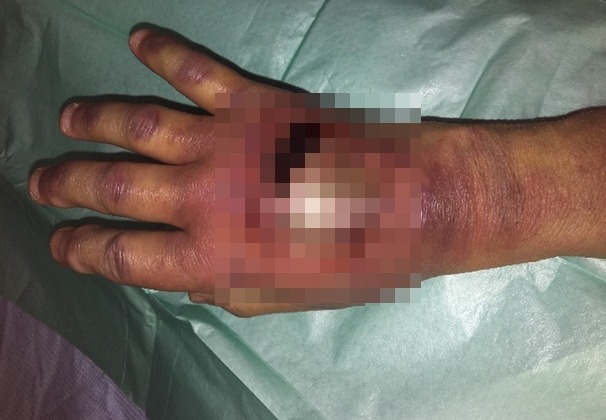 When a nurse injected a special dye into her hands ahead of a blood transfusion and CT, she was crippled by excruciating pain.

A blister quickly formed where the injection went in but the woman was discharged.

When the wound became infected, she was re-admitted to hospital on September 25 and received a double skin graft.

But her daughter Sarah Waugh, 40, has blasted the hospital for "letting her out with that big massive hole in her hand".

She also claimed the mother-of-four was left alone in a corridor after one medic "abandoned the procedure" because something went wrong.

Sarah visited her mother the day after the injection was administered.

She told the Record: “On visiting her the following day I took pictures of her hand and showed the nurse expressing my concern that it was badly swollen, not elevated and my mum was in a great deal of pain.

“They immediately administered morphine for pain every hour, elevated the arm and assured us this would continue until the swelling was reduced which would relieve the pain and pressure.

“This blister then appeared and it started getting bigger and bigger. I asked if there was anything they could do to drain it but they said they had to leave it to burst on its own.

“For the next ten days, the blister got bigger and bigger while the rest of her arm started to swell up. Then they let her out – with that big massive hole in her hand.”

During a home-visit, a healthcare worker reported concerns about the state of the woman's hand to a GP.

An out-patient plastic surgery team saw her twice before re-admition on September 25.

A spokesperson for NHS Greater Glasgow and Clyde said: “We would like to apologise to this patient and her family for her experience and the distress and pain this injury has caused.

“While we cannot comment on individual patients, we would welcome the opportunity to meet with this patient and her family to listen to her experience and address her concerns.

“Extravasion injuries are unfortunately a known complication of contrast CT scans, when dye is injected into the body to highlight the areas under examination." 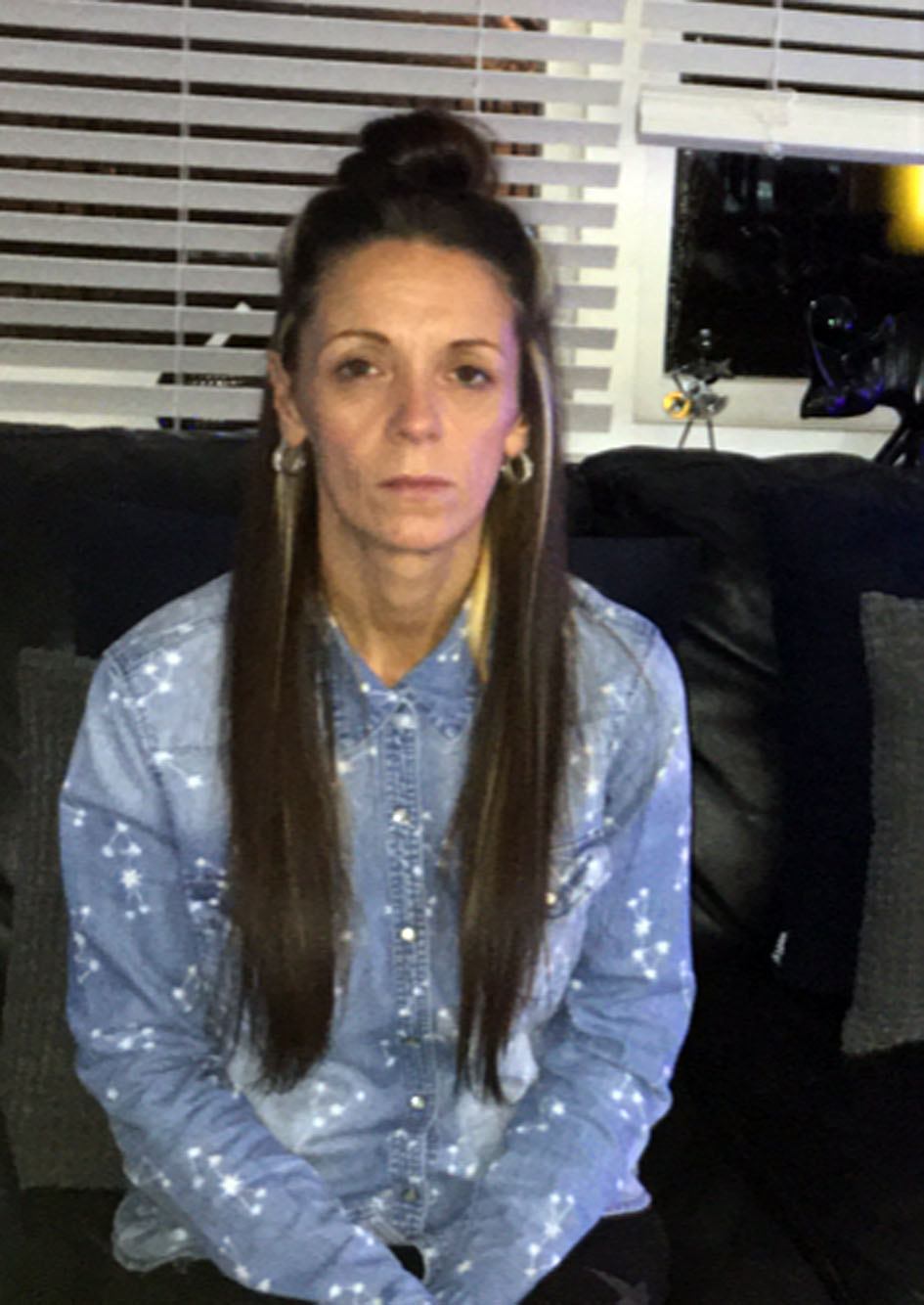