Grandmother, 83, died when she accidentally set herself on fire after applying flammable skin cream

A grandmother, who had started to suffer from dementia,  after she set herself on fire shortly after putting on flammable skin cream.

Yvonne Webb, 83, had used emollient cream before trying to light a candle and setting herself alight in her north London home.

After she tried to light a candle near her gas stove she ran into the street covered in flames. 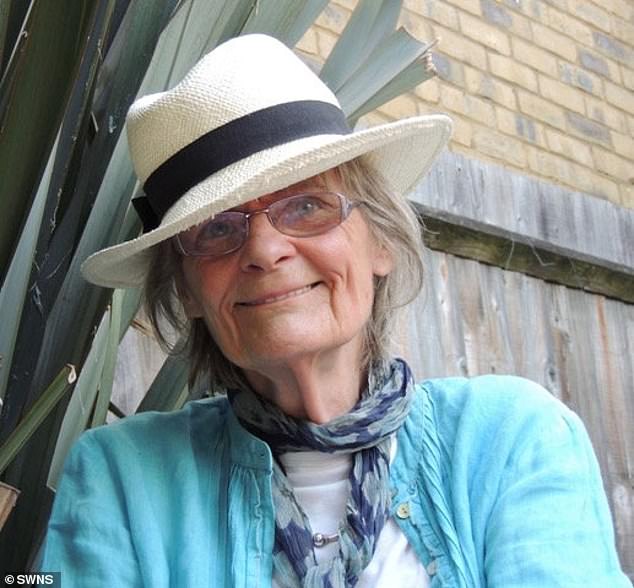 Yvonne Webb, who had begun to suffer from dementia, tried to light a candle and set herself alight after applying emollient cream in her north-London home

Neighbours ran out to try and help her but she died after being rushed to hospital and treated.

Her grieving son, Ben Webb said: ‘We aren’t sure what happened exactly, but she fled into the street where she was attended to by neighbours.

‘I was at home with my son when I was called to her house.

‘It was clear when we arrived that it was very serious and she was in an ambulance.

‘I went with her to hospital.

‘Sadly, my mother was starting to suffer from dementia and certainly had no understanding of the risks of emollient creams. I too was also totally unaware.

‘My mother loved her family, friends and holding parties, cooking lots of food, laughing and enjoying a knees-up.

‘She was intelligent and adventurous, she loved travelling. She was also a fantastic grandmother, often looking after my two children.

‘Now it’s hard to remember her life without remembering the way she died – an appalling, unnecessary way for a life to end.’

Ben is backing a new campaign to raise awareness about the dangers of emollient creams.

The campaign is also designed to improve safety labelling on emollients and make sure people know how to use them safely.

Many emollients contain paraffin, petroleum or natural oils, all of which are flammable, the London Fire Brigade said.

The creams are often used by older people with mobility issues, who are also the group most at risk in a fire, the brigade said. 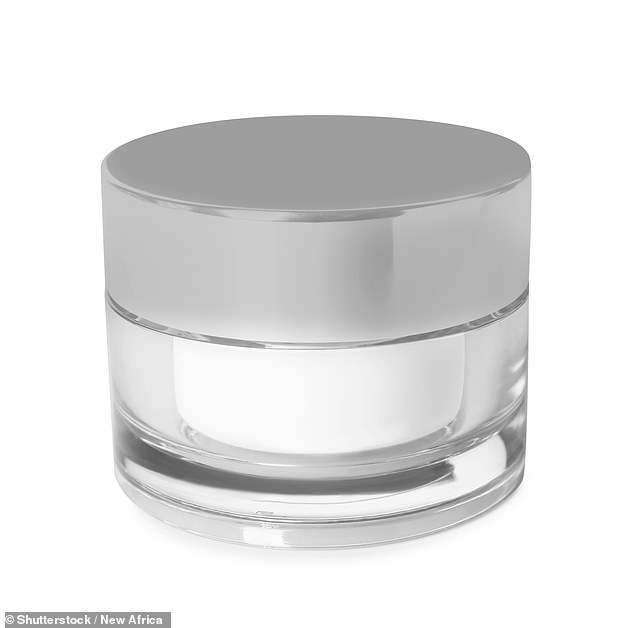 The creams (stock photo), used to treat itchy skin conditions, often contain contain paraffin, petroleum or natural oils, all of which are flammable

Ben also said he was unaware of the dangers of emollient creams until his family was struck by tragedy.

Along with Ben, London Fire Brigade and the National Fire Chiefs Council are backing the campaign by the Commission on Human Medicines, part of the Medicines and Healthcare Products Regulatory Agency (MHRA) to ensure those who use emollients or care for someone who does know the fire risk they pose – and the precautions to be taken with their use.

The Commission has launched new fire risk labelling for all products in the UK classed as medicines, including many emollients.

Figures from the London Fire Brigade show that since 2017, 16 people in London died in fires where it is believed a flammable skin product was being used.

Many people do not realise that emollient residues rub off skin onto fabrics and can dry in, the fabrics can then easily catch fire.

Paul Jennings, the brigade’s assistant commissioner for fire safety, said: ‘We know that people need to use these creams for health reasons, but we want to make sure they are used in a safe way.

‘Our statistics show that older people with mobility issues, who are most vulnerable to fires, are also most likely to be prescribed creams for skin complaints.

‘Those who use emollients or care for someone who does should avoid using candles or smoking unsupervised, especially if mobility issues mean they tend to drop things, become confused, or fall asleep while a candle or cigarette is lit.

‘If a naked flame drops onto fabric which has a build-up of these products dried on to them, a fire can easily start and will burn faster and hotter than usual, leaving little time to react.’

‘We want to make sure the message is out there so we can prevent tragedies like Yvonne’s from happening again. We welcome the improved labelling on these products.’

Anyone who is unsure about these products can ask for a home fire safety visit from the brigade to help assess these risks.

Khloe Kardashian on Getting Over Tristan Thompson

Coronavirus outbreak at pub where 200 drinkers were crammed in

NeNe Leakes Gets Real About Husband Gregg’s Cancer Battle: ‘It Really Has Changed Us’