A Scots haggis maker has been slammed online for rebranding the iconic dish as the ‘Great British Haggis’ in a bid to broaden its appeal.

Stahly Quality Foods launched the new product earlier this year which they say is ‘dressed to appeal to a wider audience’.

Describing it as the ‘latest addition to the Stahly haggis family’ the product – which is a mix of lamb, oatmeal and spices – comes in a tin donning the union flag. The new product (pictured) has come under fire with some labelling it a ‘betrayal’ and others describing it as ‘wrong, very wrong’ 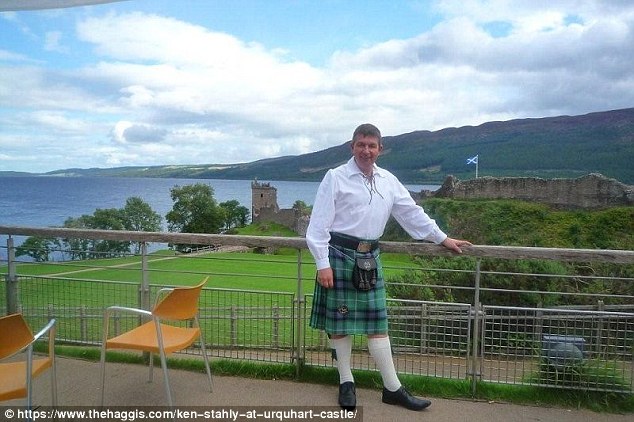 Ken Stahly, owner of Stahly Quality Foods, has spoken out following the public backlash saying he’s ‘confident the haggis will be enjoyed by new and existing customers alike’ 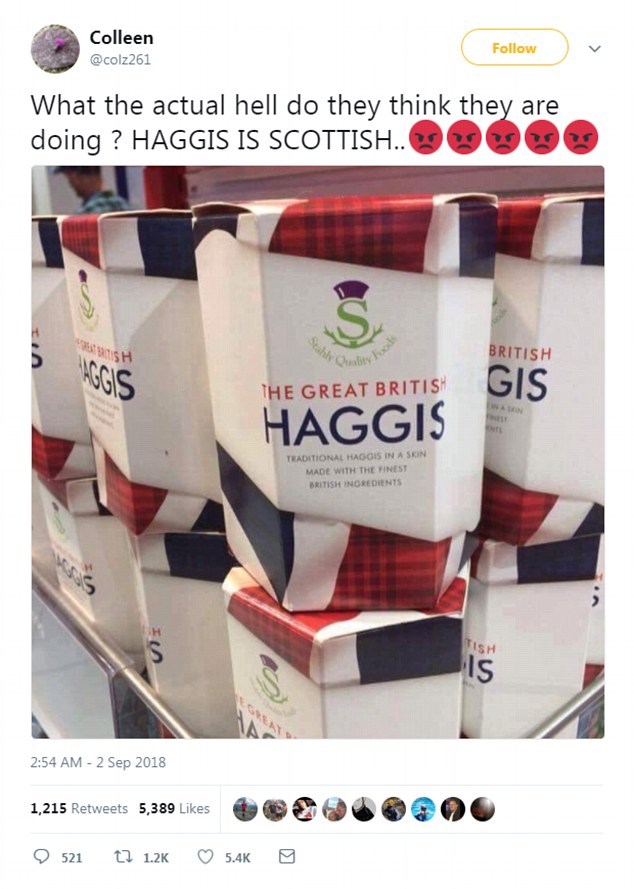 Colleen’s tweet of the new haggis product (pictured) sparked a fiery debate attracting more than 500 comments and around 1,200 retweets

The new colour scheme is mentioned on the Glenrothes’ company website, which reads: ‘In a smart new coat of red, white and blue with a subtle hint of tartan to retain its proud Scottish heritage.

‘The new Great British Haggis is a very modern version of a very traditional product.’

Since the products launch however, a picture of it has been circulated on Twitter sparking a fiery debate.

Colleen, who shared the original image and describes Scottish independence as ‘the dream’, said: ‘What the actual hell do they think they are doing? Haggis is Scottish’.

Commenting on the post, Susan Gow was similarly irritated, saying: ‘Ridiculous. It’s beyond words how much of a betrayal of the Scots tradition to ‘Anglonise’ the haggis. Shame on you.’

While Carrie said: ‘I know, is nothing bloody sacred anymore’.

While another, who goes by the name Nivelan, made fun of the rebrand saying: ‘Imagine if it said European Haggis as that would also be technically correct, with an EU flag printed on it.

‘Or imagine that on a bottle of London Dry Gin. You’d be outraged wouldn’t you?’ 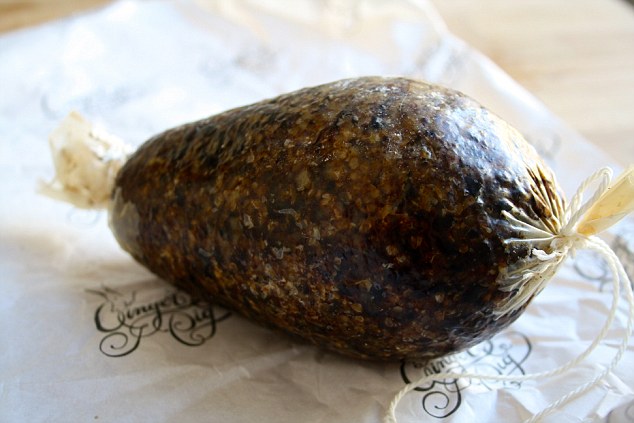 The traditional haggis is made from a mix of lamb offal, oatmeal and spices. It is used eaten every year by thousands on Burns Night – a celebration of the Scots poet Robert Burns (stock image of haggis). Below, the response to a recent Great British Haggis launch 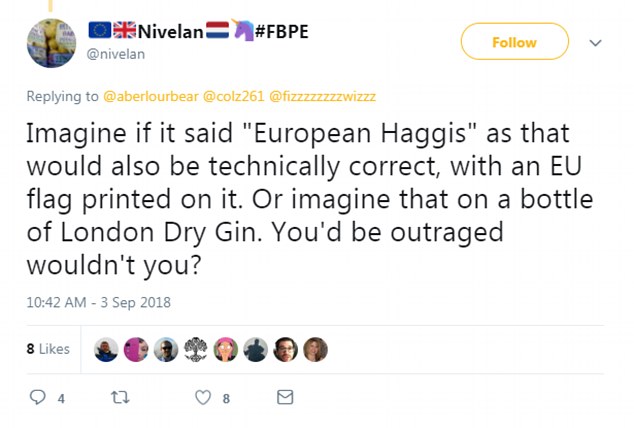 The Facebook page for the business has also been bombarded with comments following the rebrand.

Josie Alba said: ‘How dare you. Haggis is British. Will never buy your products again.’

While another cited the famous Scottish poet Robert Burns, saying: ‘Can you imagine Robert Burns writing an ode to a Great British haggis? He must be turning in his grave.’

‘Look, face it, you’ve made a big mistake. Take it off your product line and apologise on your website.’

As a result of the recent comments the business has now been left with an overall rating of 1.2 stars out of five.

Not everyone has been offended by the new product however.

Paul Caple wrote on Twitter: ‘Actually it has English origins, anyway Scotland is part of Britain so it is British technically speaking. If not in spirit.’

While Glenn Sallis said: ‘Scotland is British. No contradiction there.’

Ken Stahly, owner of the company, has spoken out following the public backlash against his latest product.

He said: ‘Stahly Quality Foods has been a proudly Scottish, family run butcher since 1923.

‘Our haggis is created to our own special recipe and is loved in Scotland and across the world.

‘The newest addition to our haggis range is of course essentially Scottish (made in Scotland with Scottish ingredients) but with packaging that aims to broaden the appeal of our classic national dish.

‘We’re confident this haggis will be enjoyed by new and existing customers alike.’

This is not the first time the union flag appearing on a Scottish product has sparked outrage.

Back in June the Royal Highland Show came under fire for the ‘Union-Jacking’ of Scottish produce and landmarks.

The Herald reported that images including the Queensferry crossing and Edinburgh military tattoo were stamped with ‘Britain is Great’.

While an image of a whisky distillery featured the stamp ‘Heritage is Great’, emblazoned with the Union Jack and tagline ‘Britain’.

Concerns over the loss of Scottish identity prompted the creation of a Keep Scotland the Brand campaign group.

Speaking to The Times, a spokeswoman said: ‘Scotland’s brand identity is crucial to our rapidly growing food and drink sector.

‘We must stand up for our farmers, fishers, food and drink producers as we face the loss of protected geographic indicators, the system of protecting our iconic foods from identity theft.’

Ruth Watson, who is part of the campaign group, told Mail Online that she was worried about a loss of local identity.