The nail-biting footage begins with the great white shark circling the bloody remains of a seal.

It then breaches the water and takes a huge chomp out of its carcass.

“Oh my gosh,” a person behind the camera gasps as the water surrounding the seal turns a bloody red.

The apex predator then swims underneath the boat with its food.

More than 100 people have commented their thoughts, with one writing: “Awesome, that is what nature does.”

Another commented: “This is a bucket list of mine to see first hand.” 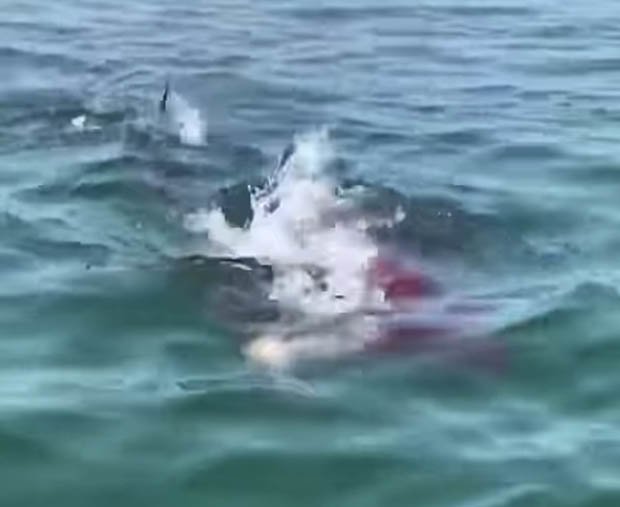 There were a number of sightings of great whites in the region last summer and the latest video also comes from the area.

Great whites are responsible for the largest number of fatal attacks on humans out of any shark species.

But Daily Star Online recently revealed how even they can be hunted by bigger beasts.

It comes just a month after another of the fearsome creatures used a school of fish to camouflage itself before sneaking up on a diver.

5G network slicing promises a taste of the future

Ten Quotes From 'Stranger Things' To Live Your Live By