Greggs today warned supply issues were pushing up the cost it pays for food and labour – presenting the risk of future price rises – as it promised sausage rolls are safe despite the UK’s pork crisis and announced plans to expand abroad.

The company, which has more than 2,100 shops, said it has ‘not been immune’ to the HGV driver shortage and was struggling to find enough workers for some of its stores.

Nonetheless, it revealed that like-for-like sales increased by 3.5% in the third quarter of the year, against the same period from 2019, as it announced it would go ahead with plans to open 150 new stores next year. 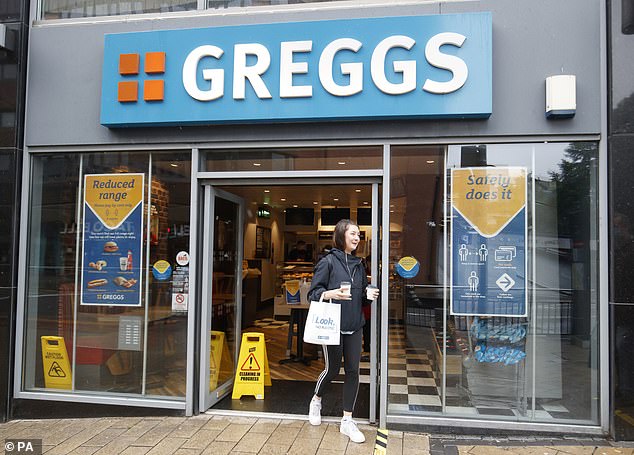 Greggs, which has more than 2,100 shops, said it has ‘not been immune’ to the HGV driver shortage and was struggling to find enough workers for some of its stores

Greggs has opened 68 new stores since the start of the year and said it expects to have expanded by around 100 shops in 2021.

Its overall target is to grow its UK estate by around a third to 3,000 branches and double its annual turnover to £2.4billion in the next five years.

The Newcastle-based chain is also looking into opening overseas locations for the first time.

In news that will come as a relief to fans of its most iconic bake, Greggs CEO Roger Whiteside vowed sausage rolls would be maintained despite a crisis in the UK pork industry that has left over 100,000 pigs backed-up on farms.

‘The sausage roll is safe, that’s one thing we haven’t gone short of,’ he said.

However, he said supply chain disruption was impacting different ingredients and products every day.

‘I wake up every morning and I find out what’s short that day because something has been disrupted in the supply chain,’ he said.

Mr Whiteside said Greggs was fortunate as customers have been willing to take a substitute if it runs out of one particular product.

‘But that can’t be sustained for ever because customers will start to drift away if they find that you’re continually selling out of things that they expect to find,’ he added. 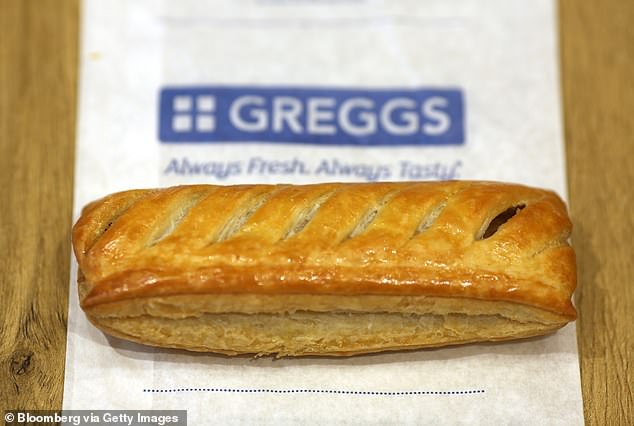 Nonetheless, it revealed that like-for-like sales increased by 3.5% in the third quarter of the year, against the same period from 2019. Pictured: A sausage roll

Greggs told shareholders this morning that although it had now surpassed pre-pandemic sales it has ‘seen some disruption to the availability of labour and supply of ingredients and products in recent months’.

It also cautioned that it expects costs to climb at the end of 2021 and into next year.

‘Food input inflation pressures are also increasing – whilst we have short-term protection as a result of our forward buying positions we expect costs to increase towards the end of 2021 and into 2022,’ the retail group said.

‘Operational cost control has been good and the strong sales performance in the third quarter gives us confidence as we move into the autumn.’

Sky confirms ANOTHER price rise: Here’s what your new TV bill will cost