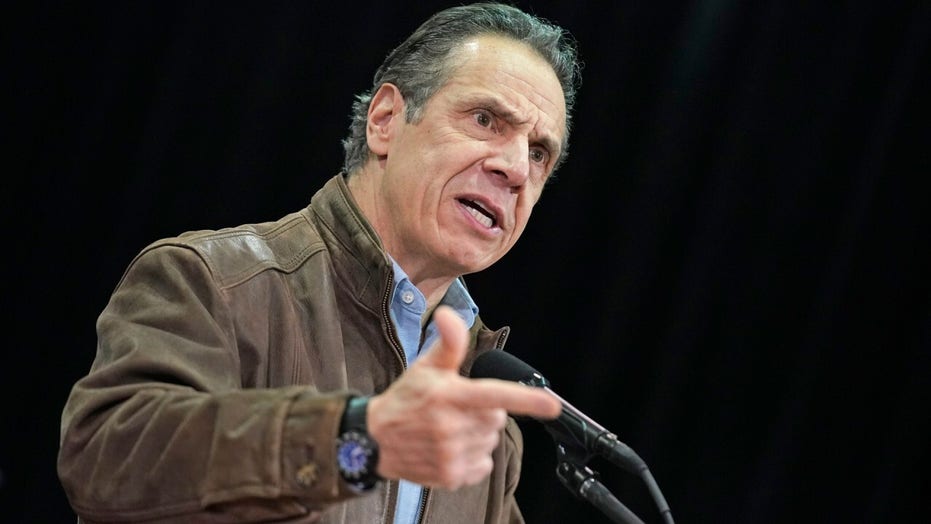 Janice Dean: Cuomo will never resign even though he asked others to for ‘much less’

Cuomo’s administration admitted in February that nursing home deaths had topped 15,000 — nearly 10,000 more than the state originally reported at the end of January — sparking criticism of the governor’s March 25 directive ordering thousands of virus-infected seniors back into assisted-living facilities, nursing homes and other long-term care locations.

“It is like their lives didn’t matter,” Mary Ann Boniello told Fox News. “He needs to apologize to all the families, be made aware of who they are and accept his due punishment for the crimes he committed.”

Boniello said the last time she saw her parents in person was a year ago Monday on March 8, 2020, due to COVID-19 restrictions. William and Hilda Durr of Buchanan, New York, died in April and May, respectively, after spending nine months at Courtland Healthcare.

The Durrs were both diagnosed with COVID-19 in April; William, 93, caught the virus first and was temporarily separated from Hilda, who had Alzheimer’s, during treatment. He was then placed in a ward designated specifically for coronavirus patients at the nursing home. Hilda, 89, caught the virus later, and both eventually died of COVID-19 complications in the same room — William on April 25, Hilda on May 3.

The couple, who had five children together, built and lived in the same house for 65 years. William was a Democratic trustee for the village of Buchanan, part of the local fire department and was “very active with the church,” Boniello said. Hilda worked as an assistant in a dental office before becoming a full-time, stay-at-home mom. 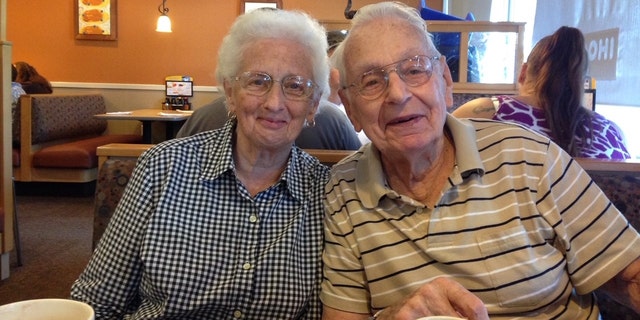 Boniello had to wait more than a year after her parents’ deaths to plan a memorial mass that their friends and family could attend, which she eventually scheduled for June 26, 2021 — three days after what would have been their 70th anniversary.

“We are having a very — hopefully large — celebration of life for them, inviting all of their friends that are still around and celebrating the way they deserve,” she said.

After contracting COVID-19 in April, William was sent to a local hospital, but because his family felt it would be unfair to put him on a ventilator in the final days of his life, health care workers sent him back to Courtland, where he was placed in the COVID-19 patient section. Hilda caught the virus shortly thereafter.

Boniello had nothing but praise for the nurses at Courtland, saying they tried to set up Zoom communication between her parents and their family, which was difficult because William was hard of hearing and Hilda “knew nothing.”

In their final hours, Courtland nurses were “absolutely amazing” and recognized what the Durrs’ “faith meant to them” — even saying prayers with the couple before they died.

Courtland administrator Jim Noonan told Fox News that the facility was “proud to care for the late Mr. and Mrs. William and Hilda Durr,” saying their love story was “truly beautiful” during the pandemic.

“For Mr. and Mrs. Durr of Buchanan, New York, their biggest priority was always … family — their love for their family and one another was witnessed each day while they were residents at Cortlandt Healthcare,” Noonan said. “Always together, their love spanned many years, and even through their last days after contracting COVID-19, they were by one another’s sides, passing within such a short time of each other.”

“To sit here every night, since we aren’t doing anything … it just broke our hearts terribly,” she said of the news. “He doesn’t even regard them. He just looks at them as numbers.”

She added she wants the governor to read the names of those who died in nursing homes who may have been omitted from the administration’s death count and that families need “closure.”

“The image at the burial when we saw caskets with tags on them so they knew who was who,” Boniello said while tearing up. “… The cavalier attitude [Cuomo] has had over this just disgusts us.”

Boniello continued that while she is grateful her parents died by each other’s sides, she wants Cuomo to know their names and “take responsibility.”

Her message to Cuomo was the following: “How dare he belittle the value of the lives of the elderly in these nursing homes, where he felt, to make himself look good, that he could discount the number of people this has impacted and the extent that this goes with their families. Sorrow, loss, lack of closure. He brought about more deaths because of his actions.”

The governor’s office did not immediately respond to inquiries from Fox News.

‘RHOP’: Candiace Dillard and Monique Samuels Set to Meet for the First Time in Season 5 Reunion