Standing proudly to attention in the middle of a damp clearing, five stags gather together in the calm before the annual rut.

But in just a few weeks’ time, the now-peaceful group of red deer will likely become bitter rivals as they compete in the violent mating season.

Rutting, which takes place between September and November, is often a gripping spectacle as stags lock antlers to battle for females.

As they fight to mate, aggressive stags bellow to signal their dominance and tear up the ground with their antlers to appear bigger. 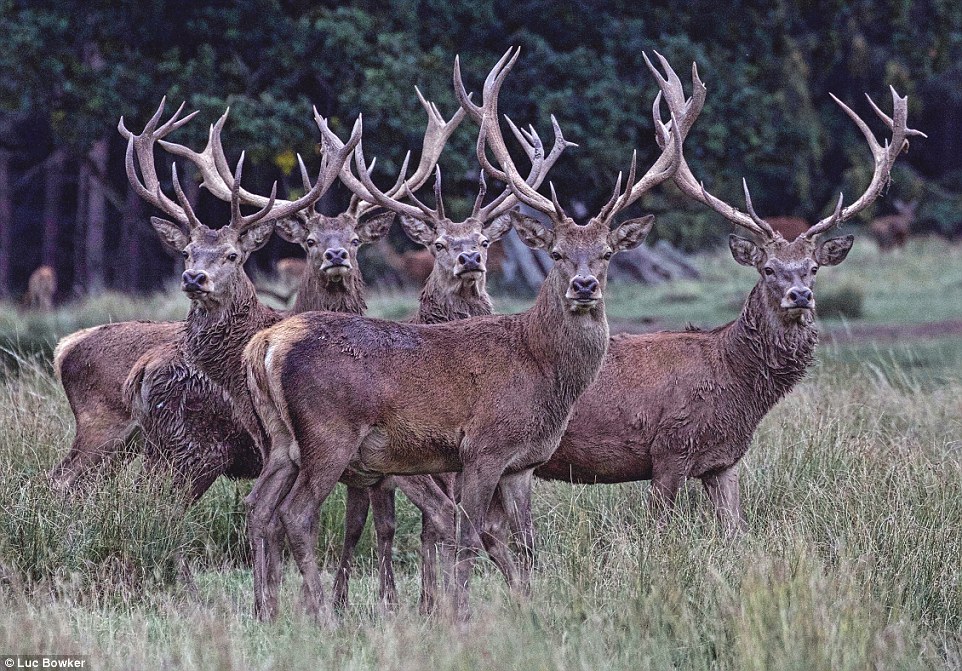 The five young stags will lock their antlers as they battle for females during rutting season on the Berkeley Castle estate in Gloucestershire.

The serene group were photographed from just 30 metres away on the Berkeley Castle estate in Gloucestershire by Luc Bowker.

The 26-year-old donned camouflage clothing and built a makeshift hide to take the dusk shot.

He said: ‘Initially one of the stags wandered over because I think it detected my smell.

‘Then it was joined by the four others who all looked in my direction. Eventually they got bored and wandered off to lie down.

‘The stags appear to be younger ones that will be hoping to join the rut if they get the chance.’ Rutting becomes extremely violent as hinds are usually only fertile for just a day each year. 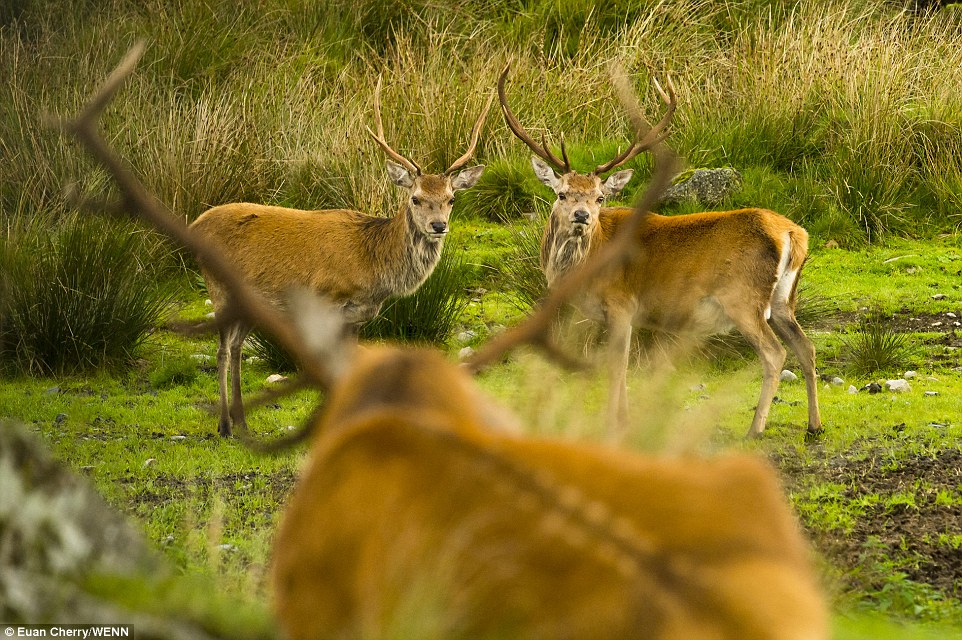 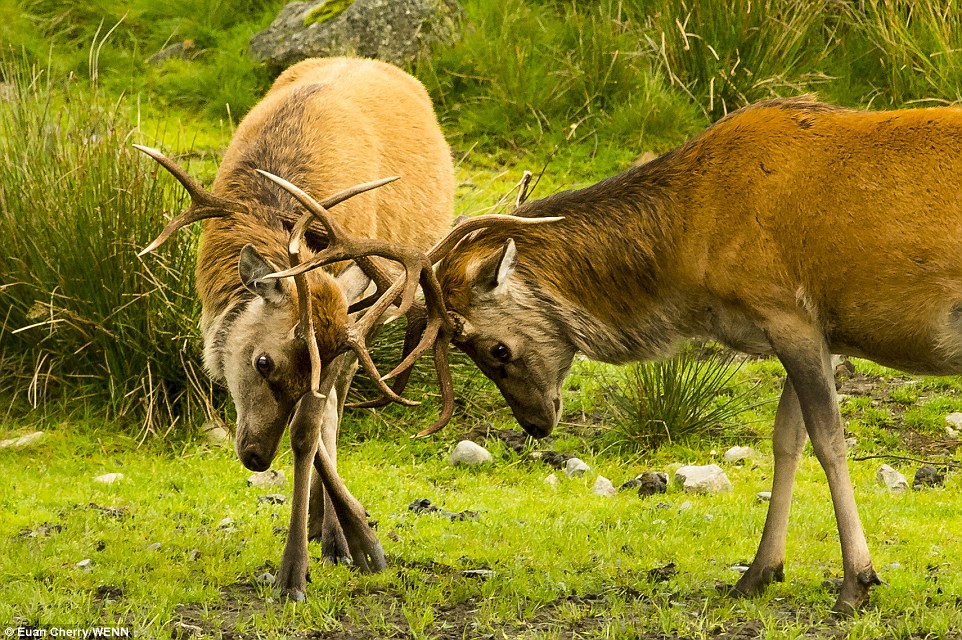 Red deer are the largest land-mammal in Britain and are commonly found in the south west of England.

During the rutting months, members of the public are warned to keep their distance from stags and their females.

Berkeley Castle has been owned by the aristocratic Berkeley family since the 12th century, when they were granted the estate by King Henry II.

The head of the family, John Berkeley, who was master of the Berkeley hunt for 24 years, died last November, leaving the land to his son Charles.

The 6,000-acre estate boasts a medieval deer park, as well as wetland areas and farm land.

Brielle Biermann, 22, Shows Off Her Smaller Lips While Stunning In A Bright Red Top