In the video, which emerged online today, the soldier pushes the tourist who is standing directly in front of him. 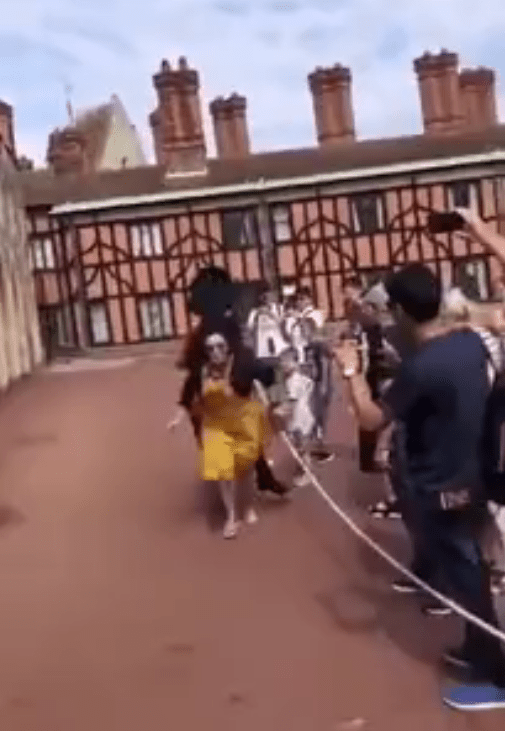 In the footage the tourist was seen standing in the path of the soldier, on the wrong side of a roped off area outside the castle.

Blocking his path, the soldier barged into her, almost sending her flying to the floor.

The woman, wearing a yellow dress and sunglasses, screamed as she was shoved out the way.

She then moved to the side as the soldier continued to march in front of the shocked onlookers. 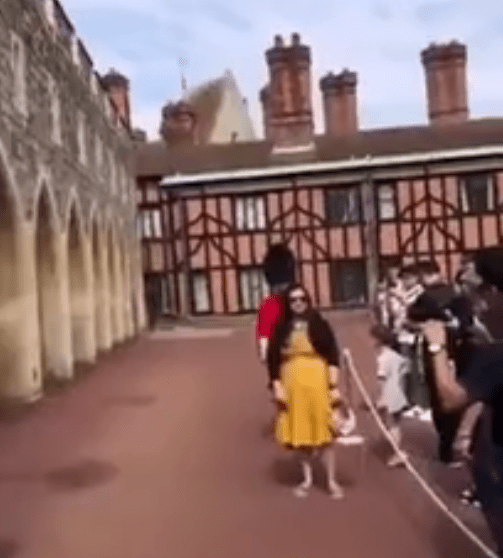 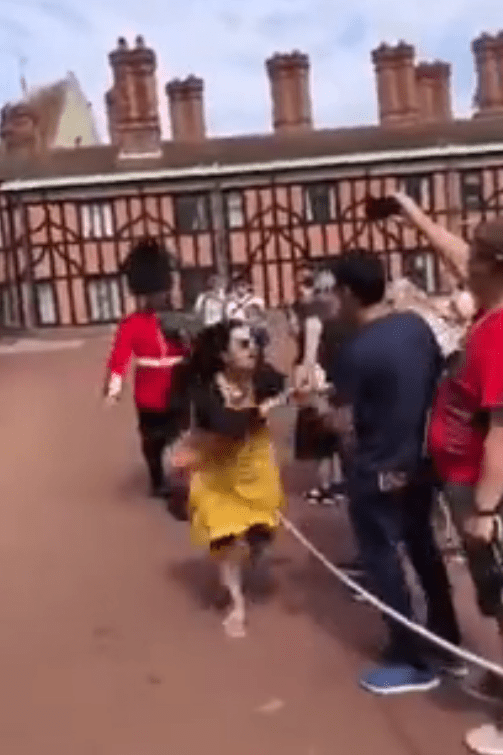 The Queen’s Guard are charged with protecting official royal residences.

They are known for their distinctive uniforms of red tunics and bearskin hats.

The units, manned by fully-trained, serving soldiers, have more than 350 years of history and have defended monarchs since Charles II took the throne after the English Restoration in 1660.

The Guards consist of five infantry regiments – the Grenadier, Coldstream, Scots, Irish and Welsh Guards – and two regiments of the Household Cavalry – the Life Guards and Blues and Royals. Most of the Guards will have seen action overseas. 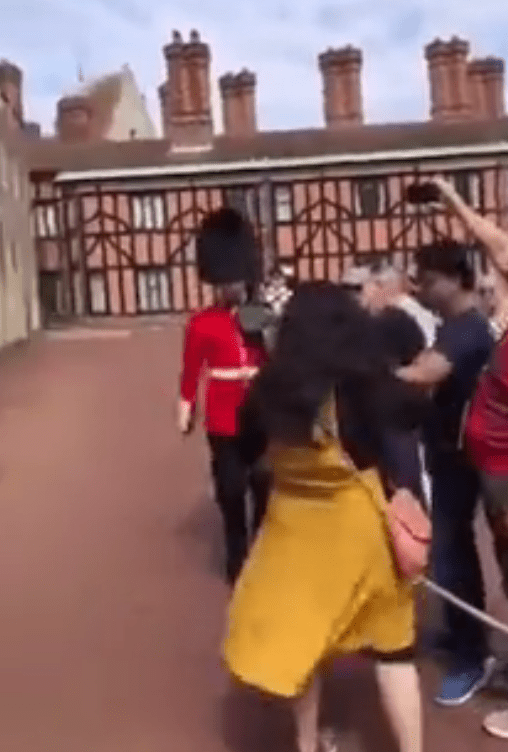 There are thought to be guidelines in place for guardsmen to deal with nuisances, which begins with stamping their feet and shouting.

Raising a rifle is considered a 'final warning', after which the guardsmen is allowed to detain the person in question.

The Ministry of Defence couldn't confirm exactly when the incident took place but a spokesman told The Sun Online: “The Household Division is proud to guard Her Majesty and honoured that people come from around the world to watch our ceremonial spectacle.

"The ropes are there to protect both the public and our soldiers; please stay behind them.”

In 2015, a soldier was forced to turn his rifle on a tourist who grabbed him outside Windsor Castle.

To giggles from his friends, the Asian man marched alongside the serviceman and placed his hand on the soldier’s shoulder.

But the soldier suddenly spun round and pointed his weapon at the tourist, shouting: “Get back from the Queen’s Guard!”

Last year a Queen’s Guard yelled at a sightseer who got too close to him while posing for a picture at Windsor Castle.

The soldier was closing one of the castle gates before yelling at the tourist to “stay away”.

The stunned tourist then offered a brief salute to the uniformed guard as he locked the gate and walked off.

Netflix's cheaper ad-supported plan might not let you watch everything

Western University student on exchange in Spain hospitalized with coronavirus

Meghan Markle is 'punchier' without 'constraints' of royal life