THIS is the moment an elephant mum crushed a crocodile to death after the beast threatened to attack her calf.

The large elephant violently stamped the crocodile to death in front of a safari group in Zambia in August. 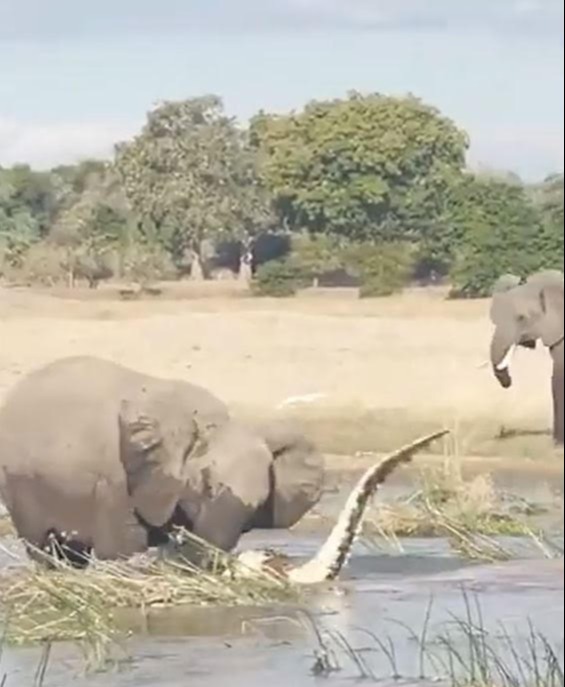 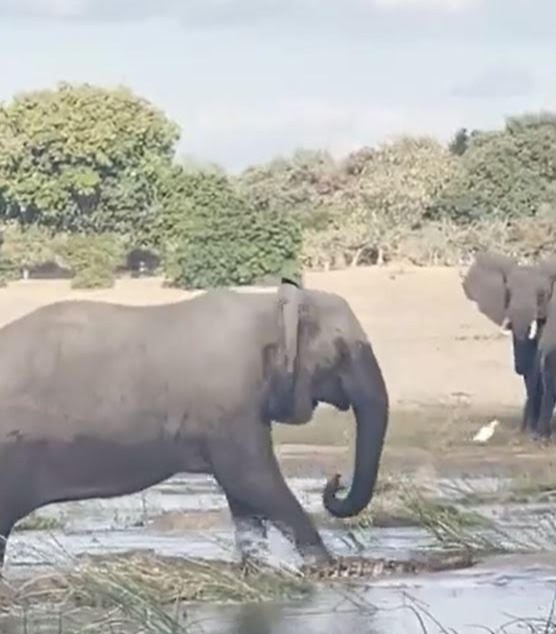 Tourist Hans Henrik Haahr captured the moment the elephant began to hold down the croc and stamp over it before twisting its tail.

The croc, which appears to be between eight and ten feet long, thrashes in the shallow water as the elephant continues to crush it.

A minute later the elephant mum lefts the smaller predator out of the water by its tail.

The crocodile stays still during the end of the attack – suggesting that it has been mortally wounded or that it's dead.

"Guests witnessed this dramatic sighting unfold between two of Africa’s most feared mega-fauna," a worker from the Baines' River Camp said on their Facebook page.

"Perhaps this was a revenge attack fueled by previous ambush attempts by many a crocodile on her young or the greater herd.

"Whatever it was, this cow was here with one intention only."

Thye added: "While this footage might be difficult to watch, it demonstrates just how raw and tough life is in the bush."

This isn't the first time the two predators were found attacking one another.

In 2019, a dead elephant was found on top of a squashed crocodile after a brutal fight to the death.

A dying elephant had collapsed and crushed a croc during an encounter that left them both dead.

A chilling photo showed the flattened croc's snout and feet poking out from beneath the bulk of the elephant's body.

Parts of the dead elephant's head had been eaten away by scavengers. 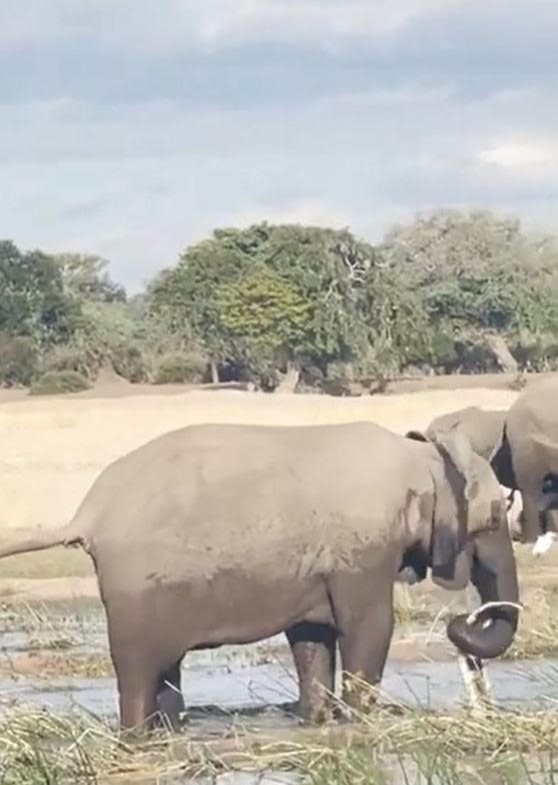 Historic pub is rebuilt brick-by-brick after 5,000 sign a petition