AN ANGRY wedding crasher broke up a small beach wedding in Hawaii, a viral video shows.

The nuptials were taking place on Waimanalo Beach in O'ahu, the Hawaiian island home to the state capital of Honolulu. 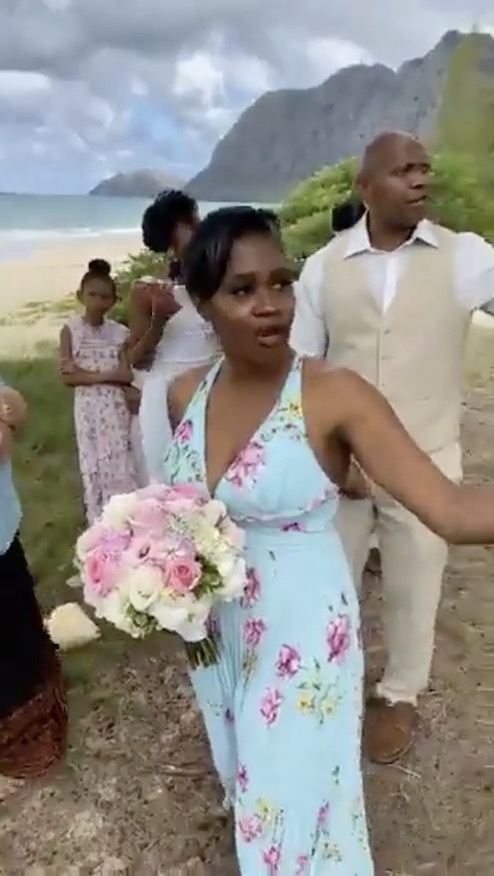 The woman taking the video, who has not been identified, filmed with her phone as she walked through the mostly empty beach to confront a wedding party of eight people, all of them Black.

"The cops are coming," the woman says, claiming the group was breaking the law by entering a beach closed by order of local authorities.

The officiant of the wedding then rushed the family away from the beach, back towards a large house several yards away.

The wedding party appeared to have walked past the property line of a private home to hold the ceremony on the beach proper.

The video is inconclusive, but the wedding party might or might not have been breaking several laws.

Beach wedding permits on the island of O'ahu are invalid until September 4, the Hawaii Department of Land and Natural Resources said.  O'ahu has closed down beaches to all activities except for crossing the sand to access the ocean in a bid to control the spread of COVID-19. Surfing and swimming are allowed, but a social gathering on the beach is not.

The island far and away leads the state in coronavirus cases, with a total of 4,390 confirmed to be infected.

The woman can be heard talking to the officiant, addressing him as "Howie," and saying that he was renting out the house to the family as a vacation rental. 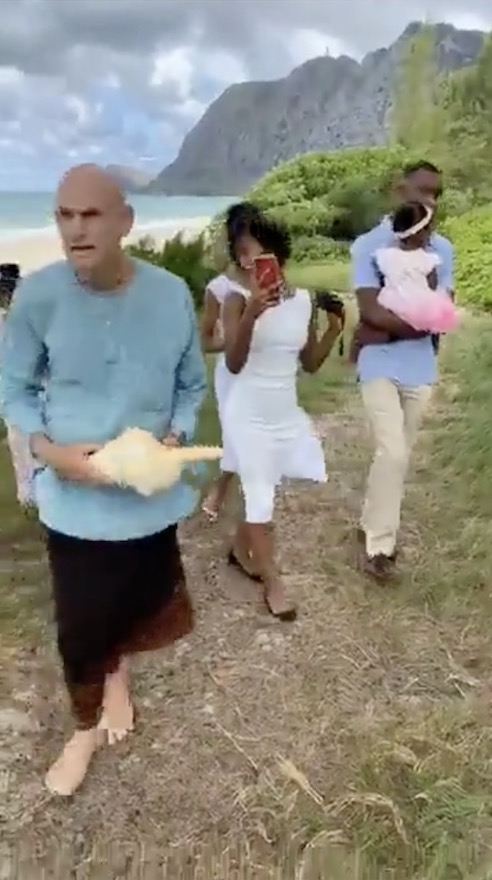 Certain types of short-term rentals, including renting out an entire home to tourists for a short stay, became illegal on the island of O'ahu on August 1 as the island seeks to curb unregulated tourism. 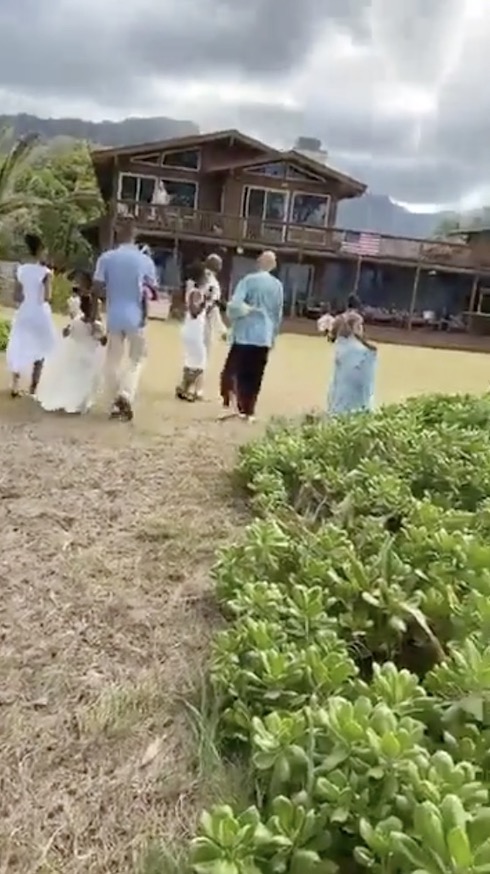 The state of Hawaii has also set up further regulations on tourists to curb the spread of COVID-19. A two-week quarantine is mandatory for all new arrivals to the Aloha State.

Most but not all users sided with the wedding party. But some commenters said the woman might be a Native Hawaiian angry at tourist encroachment, though it is not certain whether the family were tourists.

"I don’t understand why people get so pressed when locals take it into their own hands to regulate the ones breaking the rules," Twitter user @KenzieLeong said. "Props to aunty for speaking up and holding it down."

But another Hawaiian user, @KameaGrabMe1Bia, was of two minds.

"I know they broke the rules," he said, "but she could've shown a little more aloha to them."