Delhi: The comedian from Mumbai stood onstage Friday night at the Kennedy Centre in Washington DC with a camouflage-print shirt on his back and fire in his belly.

Before closing his sold-out show, Vir Das told his Washington audience he needed to talk about his homeland. He didn’t come from one India, Das said, but two Indias, seemingly at odds. 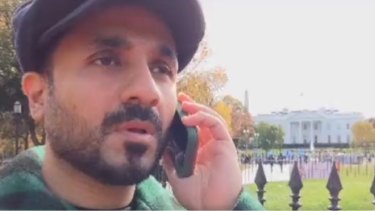 Now, two Indias are responding to Das’s soliloquy: one with rapturous applause, another with sputtering rage.

After Das uploaded his six-minute speech to YouTube this week, it has gone viral on social media in the country and become debate fodder on prime-time television. Liberal politicians, performers and writers emerged to cheer Das’s jabs at India’s authoritarian turn and swelling nationalism. On the other side, critics lashed into Das for broadly painting India as, among other things, a country plagued by rape.

Das, a high-profile, 42-year-old comedian who has released several specials on Netflix, was savaged on social media and quickly issued a clarification. On Wednesday, angry citizens filed two cases against him with the police in Mumbai, where he is based, and in Delhi.

“I don’t mind if he makes mockery of Indian politicians, but he made a mockery of India, which is my country, my pride. He hurt the sentiments of India,” said Ashutosh Dubey, a lawyer for the ruling Bharatiya Janata Party (BJP) who filed a defamation case in Mumbai in a personal capacity.

“If an Indian goes outside the country, I want him to show the positive side,” Dubey said. “He must apologise to India.”

As the controversy mounted this week, Das’s “two Indias” line became a meme embraced by many of the BJP’s opponents to vent about the ruling party’s shortcomings. But the sides of the debate weren’t neatly split along political lines. Abhishek Singhvi, a member of the upper house of Parliament and a former spokesman for the left-leaning Congress Party, weighed in to compare Das to people who portrayed colonial-era India to an international audience as a country full of snake charmers and bandits. 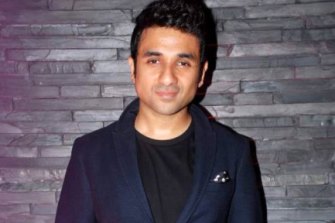 “Vilifying the nation as a whole in front of the world is just not done!” Singhvi thundered on Twitter.

Uproar over India’s portrayal abroad is nothing new in a vast and proud country that has long been keenly aware of its international image. But the unexpectedly heated reaction this week to Das’s monologue dismayed performers, who said it pointed to more than prickly nationalism. They said it showed that the space for political speech is shrinking in the world’s most populous democracy.

“The problem is when you start using the force of law as a sledgehammer,” said Akash Banerjee, a political satirist and founder of the popular Deshbhakt, or Patriot, YouTube channel. “The lines of freedom of expression are constantly being shifted. You can’t talk about this; you can’t mock that.”

Earlier this year, Munawar Faruqui, a Muslim stand-up comic, was jailed for more than a month over a joke about Hindu gods that he had practiced in rehearsal but did not tell onstage. Recently, several of Faruqui shows were cancelled in Mumbai after Hindu right-wing groups threatened the organisers.

Das’s video erupted into a source of controversy this week shortly after the US State Department changed its travel advisory for India and cautioned travellers on its website that “Indian authorities report rape is one of the fastest growing crimes in the country.” Americans were also warned to avoid the India-Pakistan border.

Banerjee, the satirist, said outrage surrounding Das was not necessarily about “what he said, but where he said it”.

“He has gone and spilled the beans at Kennedy Centre,” Banerjee said.

This week, Das, who is in New York on his “Manic Man” tour, released a clarification saying his performance was satire. “Any nation has light and dark, good and evil within it,” he said. “None of this is secret.”

He pointed out that he ended his show in Washington by appealing to the crowd to cheer for his country.

In the Friday monologue leading up to the finale, Das largely avoided direct attacks on India’s political leaders even though he dinged them for not wearing masks in public. Speaking in the cadence of a slam poet, he remarked that India’s Hindus and Muslims and other religious minorities seemed only to be united in their struggles with high petrol prices.

Finally, he asked members of the audience to cheer for the India that they believed in, and “make some noise for the India you want to live in”.

Then he put the mic down and walked offstage to a standing ovation.

How To Get Instagram’s #LatinxHeritageMonth Stickers & AR Effects

Coronavirus testing shortage is down to second wave that will only get worse, warns Oxford prof