How much help do YOUR neighbours need amid the coronavirus crisis? Heat map shows the areas with the most over-70s – making up nearly HALF the population in some postcodes

Neighbourhoods at highest risk from coronavirus spread – and where older people might need the most help from their communities – have been revealed in a dramatic heat map today.

Boris Johnson has announced the most draconian lockdown in modern history to avert the killer disease burning through the country.

The PM said the aim was to stop the NHS being swamped with cases, adding to the death toll even though younger healthy people will typically only have mild symptoms.

Although scientists are still learning about the virus, age appears to be one of the main risk factors – hence why the older generation are being asked to take extra precautions.

While estimates put the mortality rate for people in their 20s at just 0.3 per cent, for those in their 70s it is over 5 per cent, and over 80 it approaches one in 10.

The interactive map of England and Wales released by the Office for National Statistics today underlines the potential danger to specific communities that have an older population.

Locals can click on the chart to find out the numbers of over-70s and over-85s in their neighbourhoods – a tool which could allow them to offer help to those isolated. 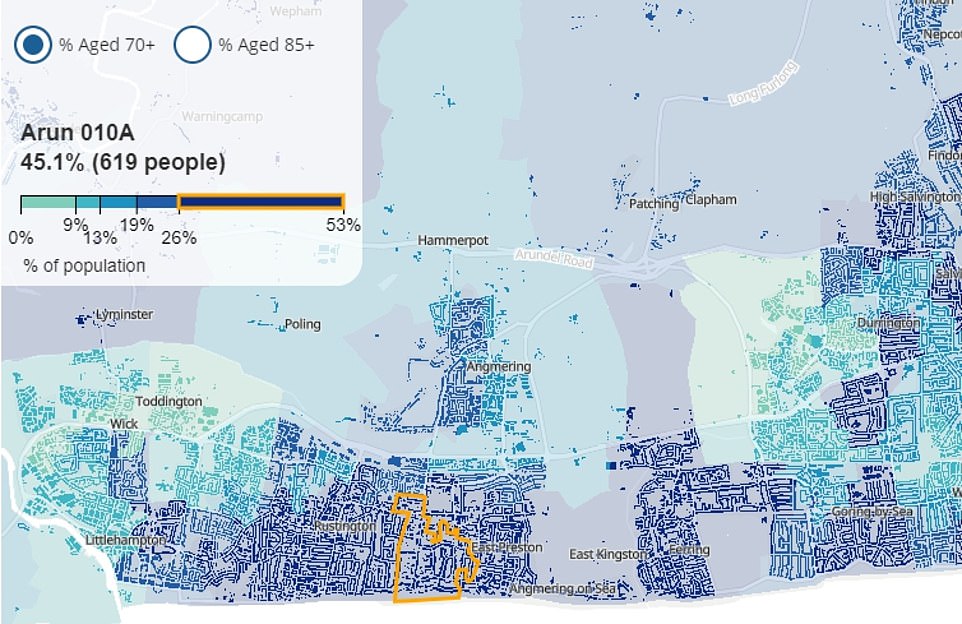 In some areas, such as East Preston in West Sussex, more than 45 per cent of the population falls into the over-70 category

It shows that in some areas, such as East Preston in West Sussex, more than 45 per cent of the population falls into the over-70 age category.

By contrast, many parts of London – regarded by experts as the engine of the UK outbreak – have very small numbers of older people.

The government has ordered families to stay in their homes unless the absolutely must go out for food supplies, medical help, brief daily exercise, or key work.

How coronavirus risk increases with age

Scientists are still learning about the coronavirus and how deadly it can be.

These are the current estimated mortality rates for age groups.

All ‘non-essential’ shops will be closed and public gatherings of more than two people banned.

An estimated 1.5million people have been asked to stay at home and avoid all face-to-face contact for at least 12 weeks.

Some over-70s will be in this group, while others are being told they must only leave their home if it is unavoidable.

Mr Johnson’s dramatic coronavirus lockdown announcement last night was watched by 27million Britons – as a poll found 93 per cent back the measures.

The huge viewing figures make the PM’s grim TV address from Downing Street one of the most watched events in UK history, exceeding the numbers for the 2012 Olympics opening ceremony.

Research by YouGov suggests the public were overwhelmingly happy with what they heard.

But in a potentially worrying sign for the PM, it also showed two-thirds believe the extraordinary curbs will be easy to obey.

The snap poll taken in the wake of Mr Johnson’s dramatic address to the nation found 76 per cent ‘strongly support’ the steps.

Another 17 per cent are ‘somewhat’ in favour – with just four per cent voicing opposition. The remaining three per cent said they were not sure.

The curbs are set to last initially for three weeks, although the government’s own experts have warned the crisis could continue for a year.

They are shutting down huge swathes of the economy, banning people from seeing their families, and cancelling normal life as we know it. 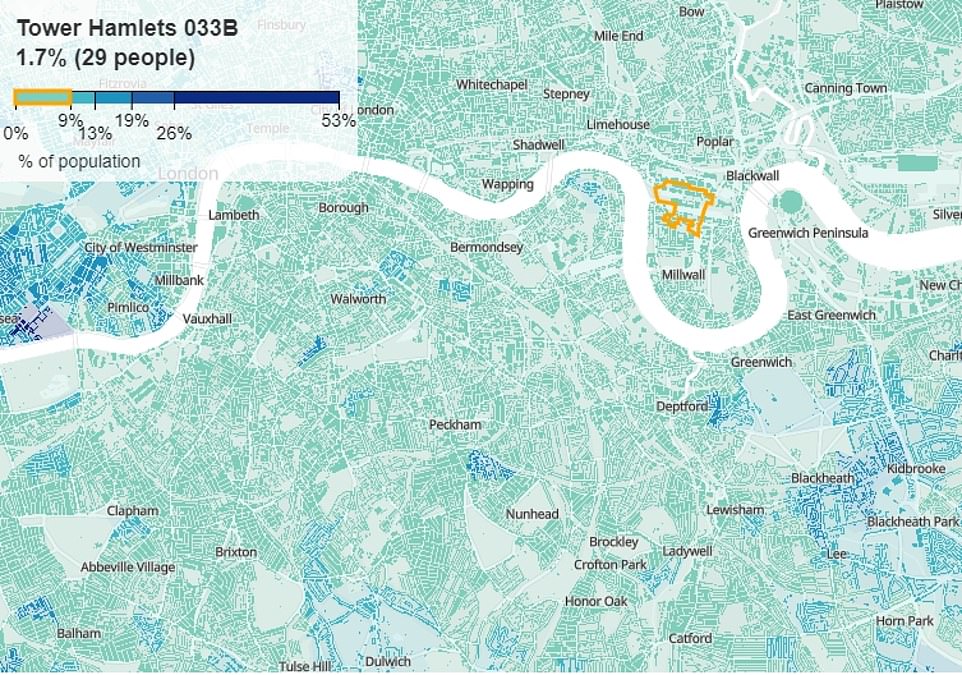 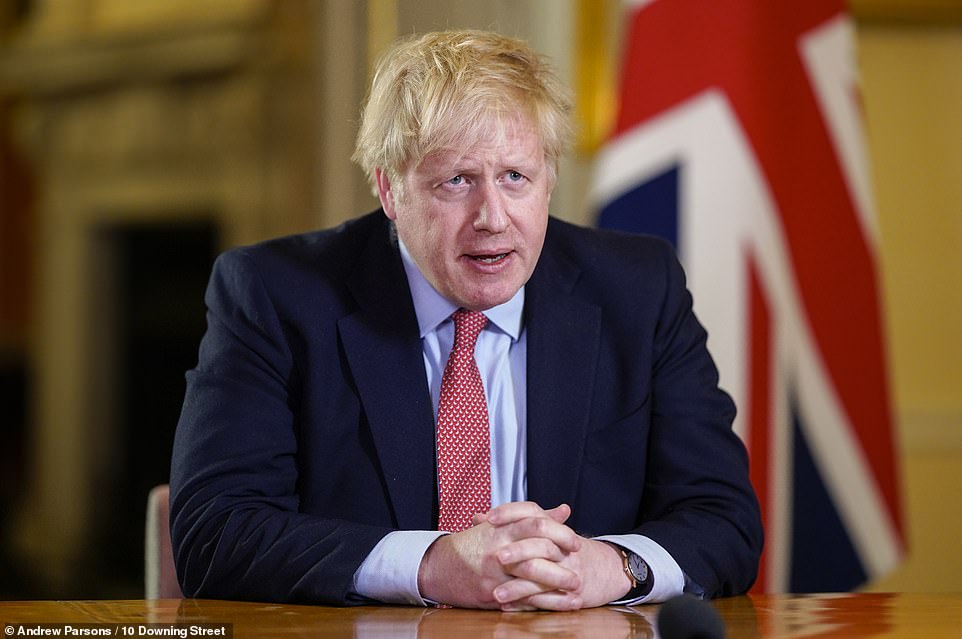 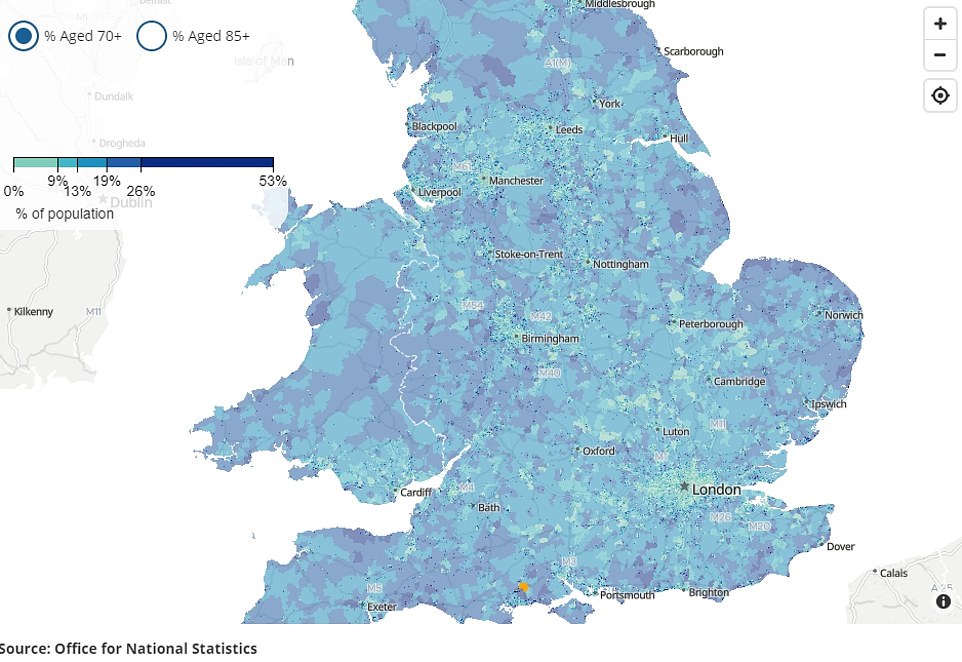 Dirty John season 3 release date: Will there be another series?

Star Wars Episode 9 release date, cast, plot and everything you need to know