Acclaimed diplomat Henry Kissinger said Friday that US-China tensions threaten to engulf the entire world and could lead to an Armageddon-like clash between the two military and technology giants.

The 97-year-old former US Secretary of State, who as an advisor to president Richard Nixon crafted the 1971 unfreezing of relations between Washington and Beijing, said the mix of economic, military and technological strengths of the two superpowers carried more risks than the Cold War with the Soviet Union.

‘Because if we can’t solve that, then the risk is that all over the world a kind of cold war will develop between China and the United States.’ 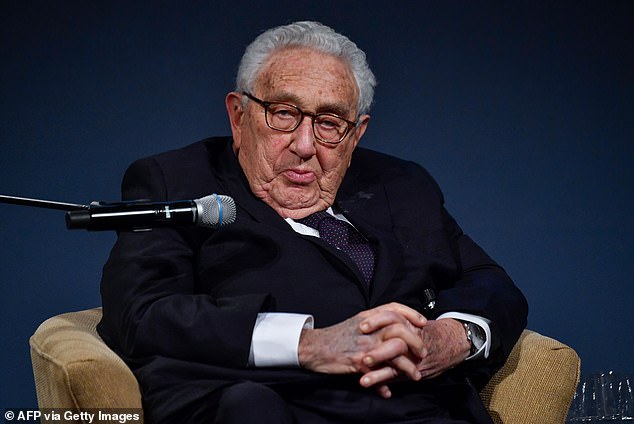 Henry Kissinger (pictured in 2020) is warning of the tension between China and the U.S. 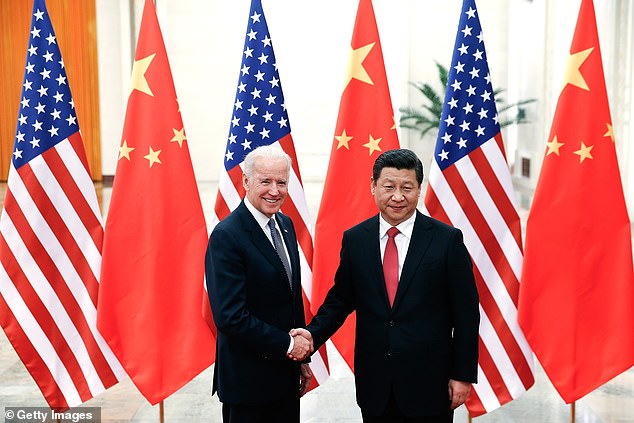 While nuclear weapons were already large enough to damage the entire globe during the Cold War, he said advances in nuclear technology and artificial intelligence — where China and the United States are both leaders — have multiplied the doomsday threat.

‘For the first time in human history, humanity has the capacity to extinguish itself in a finite period of time,’ Kissinger said.

‘We have developed the technology of a power that is beyond what anybody imagined even 70 years ago.’ 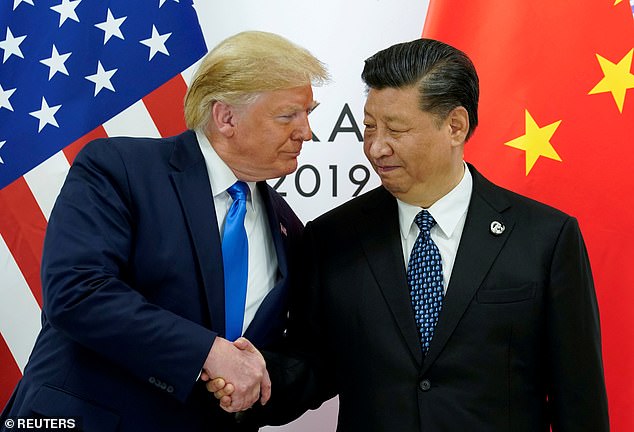 Pictured: Donald Trump shaking hands with Jinping at the G20 summit in 2019 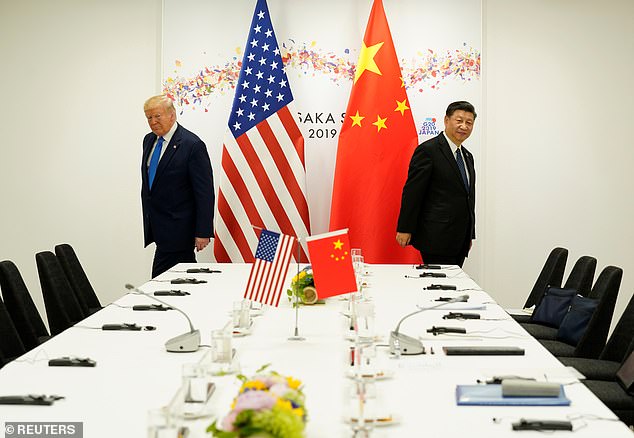 ‘And now, to the nuclear issue is added the high tech issue, which in the field of artificial intelligence, in its essence is based on the fact that man becomes a partner of machines and that machines can develop their own judgement,’ he said.

‘So in a military conflict between high-tech powers, it’s of colossal significance.’

The Cold War between the United States and the Soviet Union during the decades after World War II was more one-dimensional, focused on nuclear weapons competition, said Kissinger, one of the leading strategic thinkers of the past six decades.

‘The Soviet Union had no economic capacity. They had military technological capacity,’ he said.

‘[They] didn’t have developmental technological capacity as China does. China is a huge economic power in addition to being a significant military power.’

Kissinger said US policy toward China must take a two-pronged approach: standing firm on US principles to demand China’s respect, while maintaining a constant dialogue and finding areas of cooperation.

‘I’m not saying that diplomacy will always lead to beneficial results,’ he said.

‘This is the complex task we have… Nobody has succeeded in doing it completely,’ he said.

This is not the first time Kissinger has warned of the tension between the two nations.

In 2019, Kissinger issued a similar warning during Bloomberg’s New Economy Forum in Beijing.

‘If conflict is permitted to develop unconstrained, the outcome could be even worse than it was in Europe [during World War I],’ Kissinger said at the time, according to CNBC. 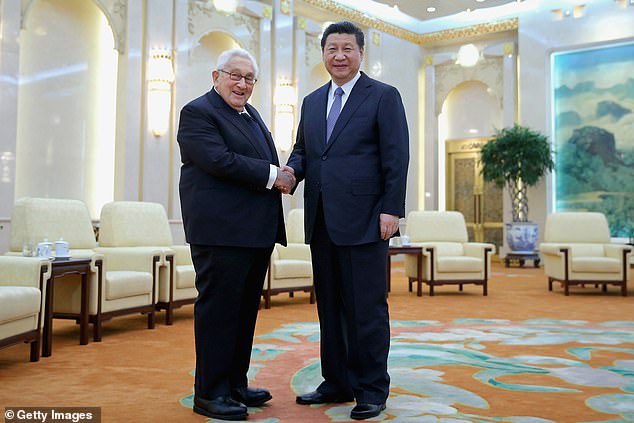 Pictured: Kissinger meeting with Jinping in Beijing, China in March 2015

China accused the United States of inciting other countries, while the Untied States said China ‘arrived intent on grandstanding,’ according to the BBC.

The tense meeting was the first at the highest levels of diplomacy during Joe Biden’s administration.

The United States and China have been at odds on several topics over recent years, including trade.

Donald Trump put tariffs on Chinese goods during his administration, which China wants to be removed.

The two sides also disagree on democracy and human rights, with the United States pointing to the genocide of the Uighur people in Xinjiang, as well as the handling of Hong Kong.

Another Transformers Movie Announced, Toy Story 4 Director On Board

Remember when Cheryl dressed like THIS? How the pop diva ditched the tracksuits, Von Dutch caps and dodgy crop tops to become a label queen

Star Wars Father's Day Gifts That Are Out of This World