Home » Here in India, it feels like Covid-19 is going to kill us all 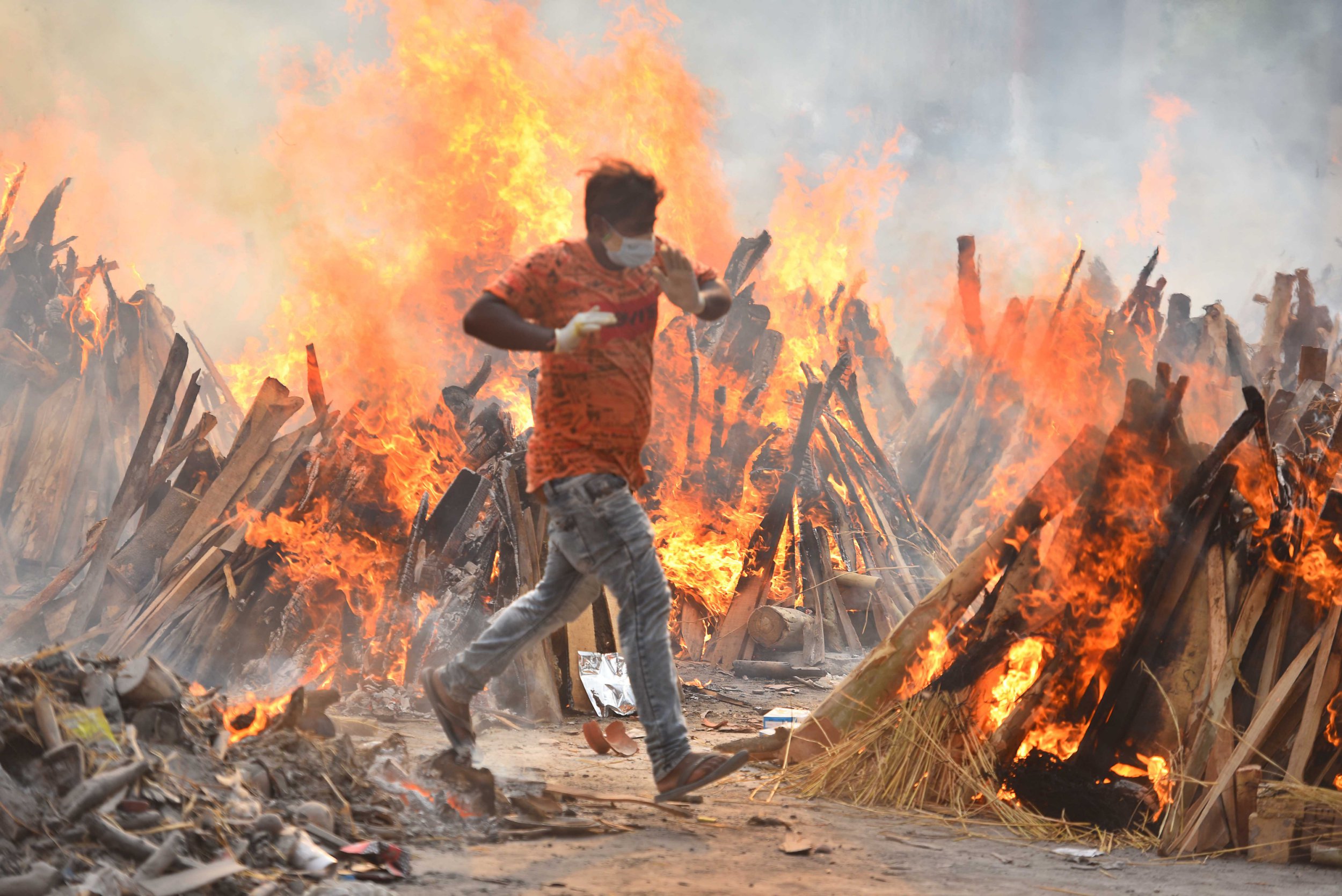 You will have seen news reports that the situation here in New Delhi has changed drastically in the last 10 days.

I’m 31, a healthy man and usually working as a sales head for a private e-commerce company. But just over two weeks ago – when things started looking worrying – I started as a volunteer for World Sikh Chamber of Commerce, helping to provide oxygen cylinders to those in need.

The situation has become impossible. People have been booking cylinders of oxygen in advance or asking for empty cylinders to get refilled – but then I never hear from them again. Who knows what’s happened to them.

Cylinders are now being sold for thousands of rupees, up to £200 to £300 pounds for a 20 litre cylinder.

I never thought I would see a crisis of this magnitude in my lifetime. Seeing my my uncle desperately trying to gasp for a simple breath of oxygen has been heart-breaking.

It suddenly seems like a war at the front entrance of every hospital. Children, youngsters, elderly… no-one is spared by Covid-19.

I feel sick in my stomach hearing stories from people about their relatives dying on a daily basis, pleading for a hospital bed. Shouting to the doctors, ‘Please save my mother, she needs oxygen!’

My uncle tested positive for the disease around 17 April and while our family was looking for a bed for him, I worried that we would not find one in time.

When he was admitted to hospital I feared we wouldn’t be able to see him ever again as the medical staff are overworked and visitors aren’t allowed in. We had to rely on WhatsApp and calls to check on him.

Only two people – his son and son-in-law – were allowed to attend the funeral and his last rites. The rest of us attended through a video call and the body was cremated the next day.

But my personal grief is a drop in the ocean. People are dying in the hospital lobbies, in homes, on the streets – it is chaos here. Like a living nightmare. I see death everywhere I go.

It feels like Covid-19 is going to kill everyone if something isn’t done – that’s how scary the situation is.

I live with my mother, 56, and my wife, 30, and they both tested positive nine days ago. Initially, they only had a fever but then it developed into severe body ache, high fever, dizziness and fatigue.

We all panicked. I felt helpless as I couldn’t find a doctor to consult. We immediately isolated ourselves in different rooms in the house. I’m cooking for them and leaving food outside their rooms from a distance. They seem to be recovering well for now.

Most of my family live in different parts of Delhi and nearly all 25 of my relatives – in six different households – have some family members who have tested positive.

Two of them required hospitalisation and unfortunately only one of them could find a room in the hospital in which oxygen cylinders were available. Thankfully, I managed to get an oxygen cylinder delivered to my other relative through our driver.

But I fear more deaths in my circle are just a matter of time.

As I am currently isolating, I am unable to physically go out to deliver the cylinders so have remotely been helping those in need of oxygen, medicine or food.

I spend several hours a day on my phone and computer organising supplies. I get calls in the middle of the night. All of us volunteers work around the clock. Unfortunately, my sales job has been halted due to the current situation and it’s put a strain on our lives so we now have a lack of money to worry about, too.

Only three days ago I received a call from someone whose aunt was critical – her oxygen levels had dropped – and he pleaded for help finding a bed for her in a hospital.

After making calls for several hours contacting all possible locations, no beds were available anywhere. By this time, I received a message to say their aunt had sadly passed away.

I couldn’t help but feel guilty even though it’s beyond my control.

My mental health is suffering; I am scared, anxious and I don’t know what to do.

I know many people who have died from Covid-19 recently, some in their early 30s and it is because they could not find basic necessities to get treated.

It’s not just hitting those with underlying health conditions, Covid-19 doesn’t discriminate, if you’re unlucky, and don’t get treatment, it will kill you.

I think the fatalities are much higher than even the 115 an hour being reported in the news. While the Government is saying 3,000+ are dying daily, I strongly believe from people on the ground who I speak to on a regular basis, that it is more.

There is literally no more space to keep bodies. In some cases, there are up to 10 bodies being transported in a single ambulance for a mass cremation. At a single cremation ground they are burning hundreds of bodies a day.

I have heard of instances where, because the body is packed in a personal protection kit and secured, the wrong person is being given to relatives.

In one case I know, some relatives were forced to ask the authorities to do the cremation and show them via a WhatsApp video call because they had tested positive and were isolating – unable to leave the house for fear of infecting others.

It’s a sad state of affairs.

Although my mother and wife are on the road to recovery, I still feel afraid. If they get worse or take a sudden turn, where will I take them for help?

I also dread getting Covid-19 again myself – I tested positive five months ago but I’m still suffering side effects, like breathlessness and lethargy.

Who knows when my family will get the vaccine.

Vaccinations were being given to over 60s, up until a month ago, then to over 45s but supplies are running low. In fact, less than 10% of India’s population has had a Covid-19 vaccination.

We are dependent on the government – they’ve allowed all adults to start registering for the vaccination from 1 May onwards but it feels too little, too late.

In total, for all of India’s 1.3billion population to get vaccinated, it could take more than a year or two so this is also a huge concern.

Social distancing is a mere myth – this is why we are in such a bad way. I see so many people not wearing masks. A large part of the blame is on the government for whom it feels elections and rallies are more important.

After a recent big event in Haridwar – which is near Delhi – hundreds of people returned to Delhi and other parts of the country and there was a huge rise in cases. This could have been avoided and we could be saving lives right now.

The government had 15 months to prepare the best medical infrastructure, but all they did was talk about it – and today it feels like we all are on our own.

If the facilities had been better prepared with oxygen supplies and better infrastructure, we would be seeing fewer deaths.

We don’t have the medical care that countries like the UK have. When I hear my friends and family in the UK people complaining about the NHS, I tell them to try living in India and then they would appreciate what they have.

The first wave of Covid-19 last September did not feel this bad, but after this there were so many people meeting in big groups. The government did not enforce another lockdown quickly enough this year and many people here are rebellious; some just don’t seem to care.

I wish I was living anywhere but Delhi right now. I really feel things are going to get even worse in India. I fear for my family daily, I just want to keep them safe and protected.

UK charities such as Khalsa Aid are providing oxygen cylinders and we are so grateful. If people in the UK wish to donate for more oxygen to get through, visit here.

Please, if you can spare the money, help us to get through this horrendous pandemic which is going to wipe out thousands more.

As told to Minreet Kaur.

Egyptologists to open sarcophagus found in Alexander The Great’s city