America’s oldest person has died, but she left behind quite a legacy — not the least of which are some 120 great-great-grandchildren.

Hester Ford, of Charlotte, North Carolina, died Saturday at the age of 116, according to WBTV.

Born in 1904 in Lancaster, South Carolina, Ford grew up working on a farm, planting and picking cotton and plowing the fields, the local station said.

In addition to her legion of great-greats, the matriarch had 12 children, 48 grandchildren and 108 great-grandchildren, according to the report.

Her precise age was unclear. One set of census records shows her birth as Aug. 15, 1904, but another set shows she was born in 1905. However, last year the Gerontology Research Group reportedly declared she was the oldest person in the US. 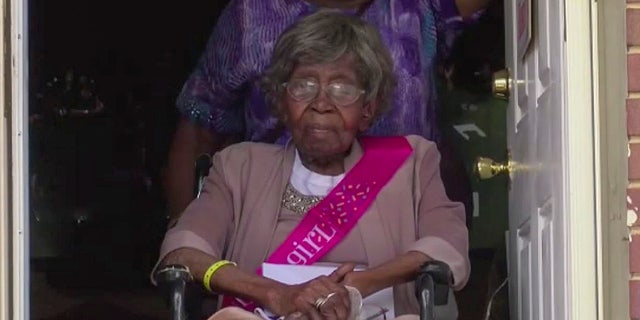 She died peacefully at home surrounded by family, her great-granddaughter said, according to the station.

“Her light shined beyond her local area and she lived beyond a century with memories containing real-life experience of over 100 years,” Tanisha Patterson-Powe reportedly said.

“She not only represented the advancement of our family but of the Black African American race and culture in our country. She was a reminder of how far we have come as people on this earth. She has been celebrated all over the world by local governments, community leaders, social media, foreign dignities and presidents as a cherished jewel of society for holding the honor of being the oldest living person in America.”

Ford’s husband of 45 years died in 1963, a half-century ago, according to the report.

COVID-19 was not the church-going woman’s first pandemic; she also lived through the 1918 influenza pandemic.

Ford ate half of a banana for breakfast every day, and when asked to the secret of her longevity last year, she said: “I just live right, all I know.”

“We are honored and we just thank God for the opportunity to celebrate her,” Mary Hill, one of Hester Ford’s 68 grandchildren said, according to the local station.

Merkel: German government must give up internal squabbles

See Why So Many Shoppers Have Picked Up These Skechers Slippers