A MAN who fell off a cliff and landed 100 feet below on a ledge over a steep drop has been rescued in dramatic scenes on a Utah mountain.

Fire Captain Tony Stowe said the 29-year-old man was hiking close to a Salt Lake City industrial area west of Ensign Peak, when he tripped and tumbled down the cliff-face. 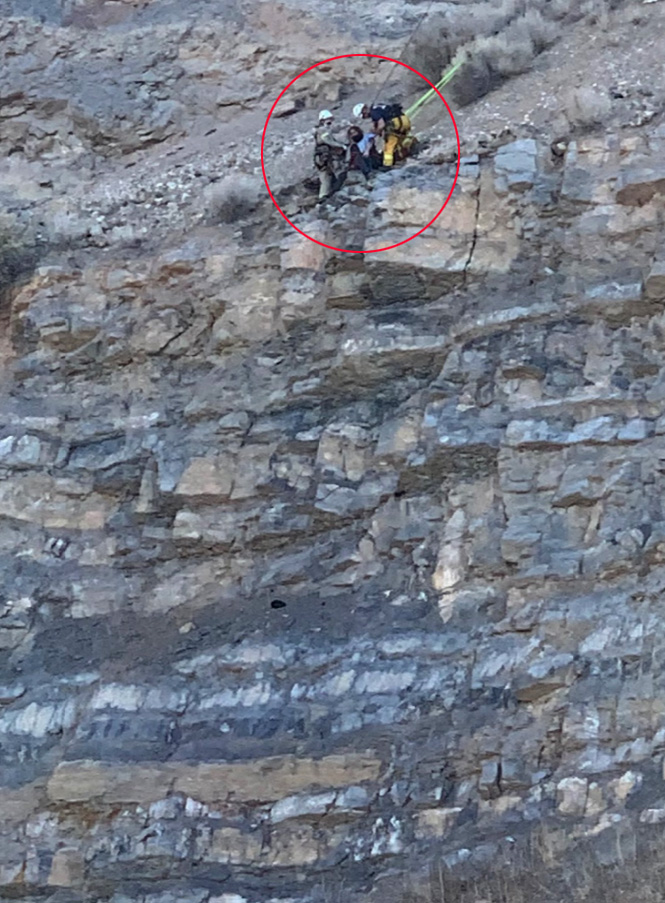 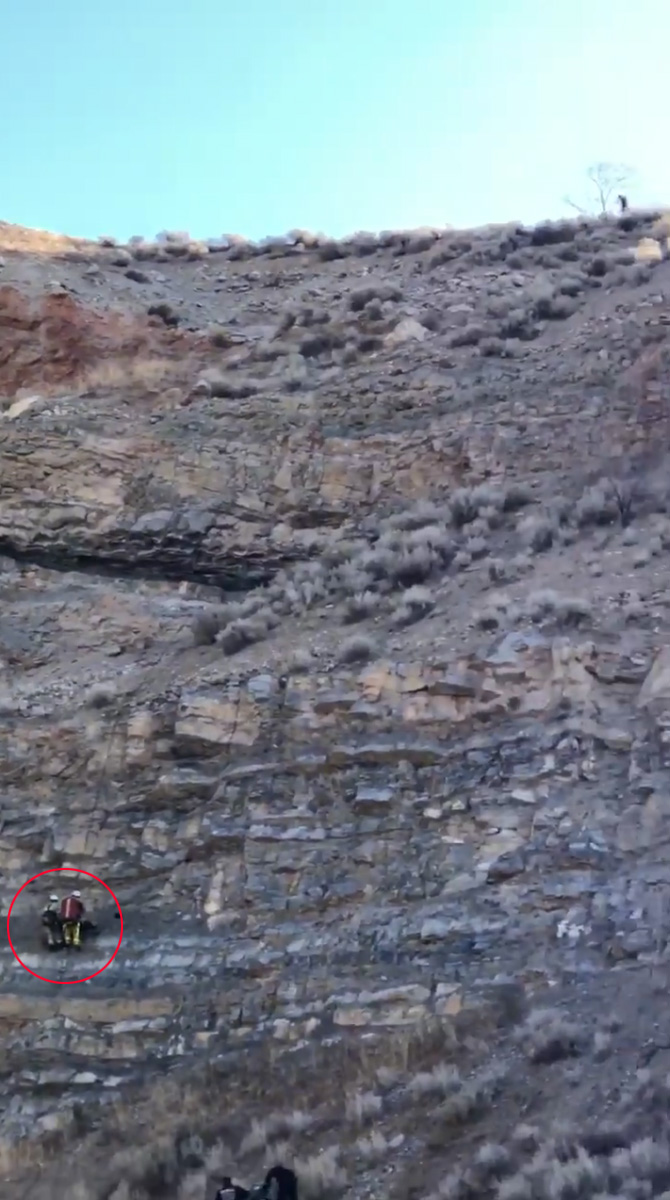 Officials with the Salt Lake City Fire Department said the man landed on aledge above another steep drop.

The man lost his phone during the fall and couldn’t call for help, stranding him for more than five hours on the Utah mountain, Stowe said.

According to authorities, the man shone his flashlight, yelled for help, and waved his arms, which caught the attention of a group of homeless people who live in the area. They called 911 at about 9:30 am.

Stowe said the man was conscious but disoriented when he was found.

It appears the man broke his pelvis, but that “he definitely had a broken leg”, Stowe added.

The fire department’s Heavy Rescue Team found an anchor point about 100 feet above the man and rappelled down to him, the Salt Lake Tribune reports. The rescue took about two hours, Stowe said.

“Somewhere along that hike, he misstepped, got too close to the edge and took a slide and tumble halfway down the cliff base into the rock quarry,” Batallion Chief Mark Bednarik said.

“We were able to find a solid tree and some rocks to hook up to, and we lowered rescuers down to him.

“He couldn’t move. He was stranded on that ledge with injuries to his legs and pelvis.”

The hiker’s identity has not been released.

Austen and Madison on Southern Charm: Video exposes confrontation, but couple moved on