This is the hilarious moment a toddler has a face like thunder as her new baby brother is introduced to her.

The unimpressed little girl, called Ella, is sitting on a sofa as a woman attempts to hand over the new-born to her.

She looks on into the distance in an angry fashion, only budging slightly to glance at the baby once. 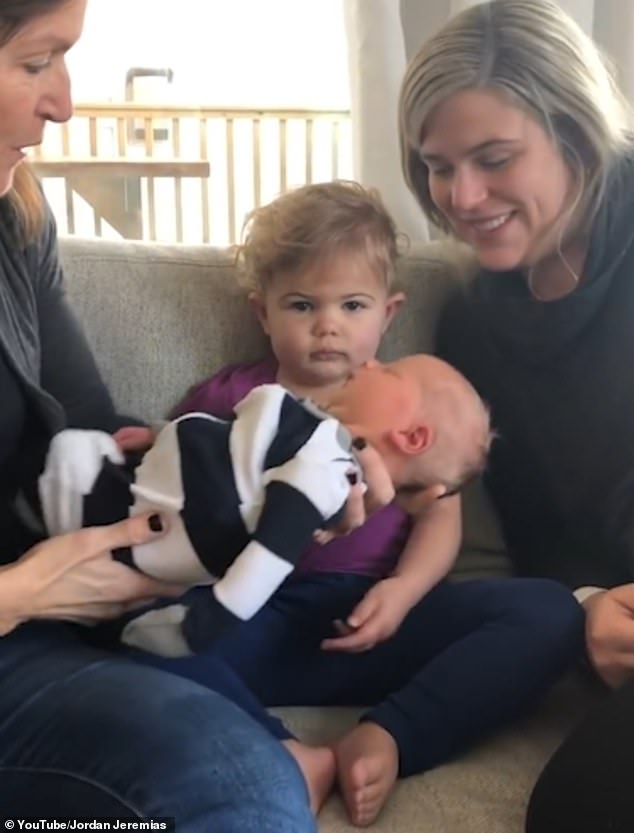 The little girl, called Ella, is sitting on a sofa as a woman attempts to hand over the newborn

Her father, Jordan Jeremias from the US, shared the footage online, calling Ella’s reaction ‘priceless’.

He posted the video on Facebook, saying: ‘Due to popular demand, here is my toddler Ella reacting to us bringing home our baby boy Coleman from the hospital for her first encounter with her brother.

‘Her shocking reaction is priceless…’ 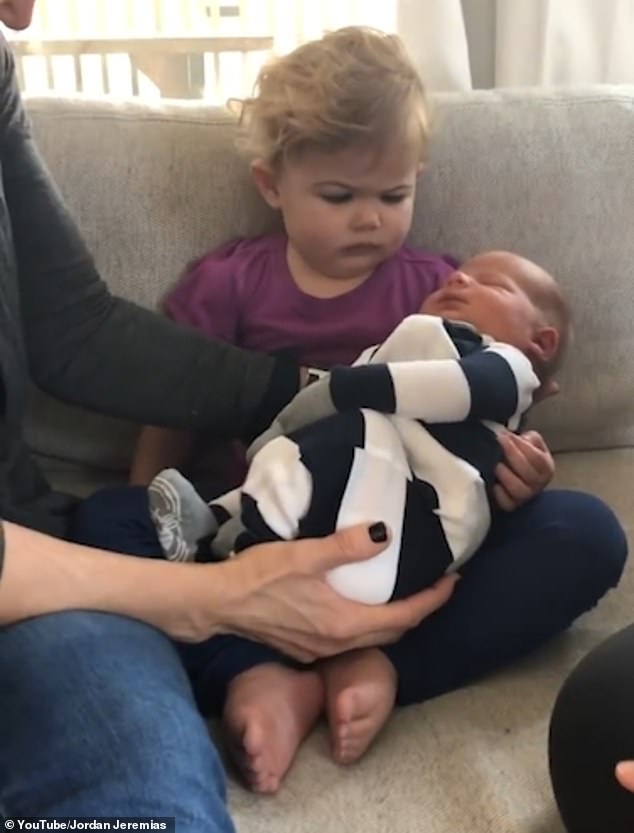 Holly Burlin replied to the post, saying: ‘Congrats!! This is awesome, so glad you captured this! They’ll be besties in no time.’

‘She liked being your only baby! Oh how adorable!’ said Lana Ford Winneberger.

Jessie White added: ‘Too good! ‘Now how do we return this thing?’ I think my brother said the same about me lol’

BabyCentre.co.uk says that sibling rivalry is a way in which the older child vies for the attention of the parents, and it’s completely normal.

They highlight a list of behavioural traits an older child may take on during this period, including harassing the newborn, as a bid for attention.

‘This is a sure way to steal your attention from the baby, as even your bad temper is better than being ignored,’ they stated.