The picture apparently showed the President-elect and the VP-elect embracing following their election victory over the Republican. 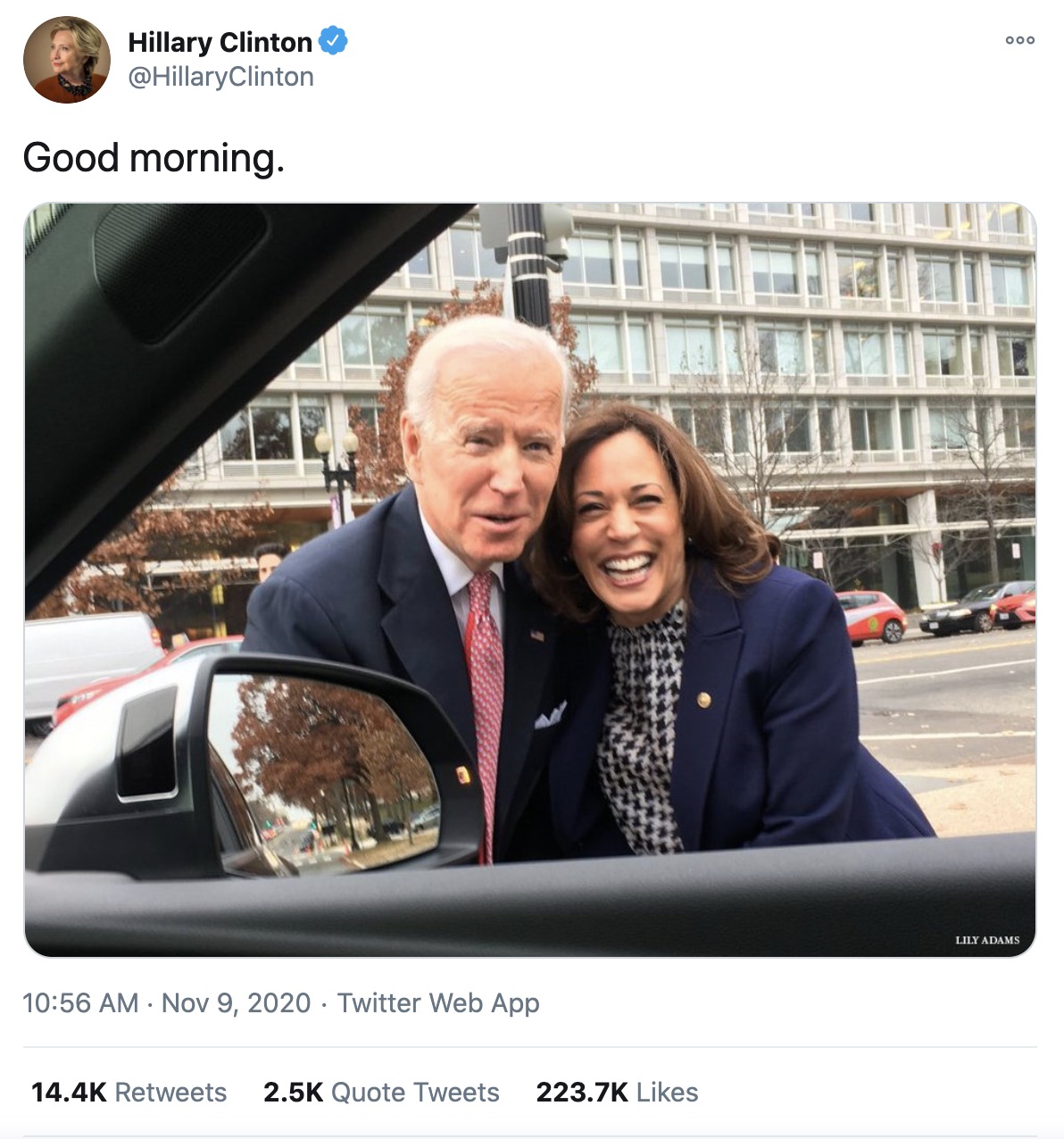 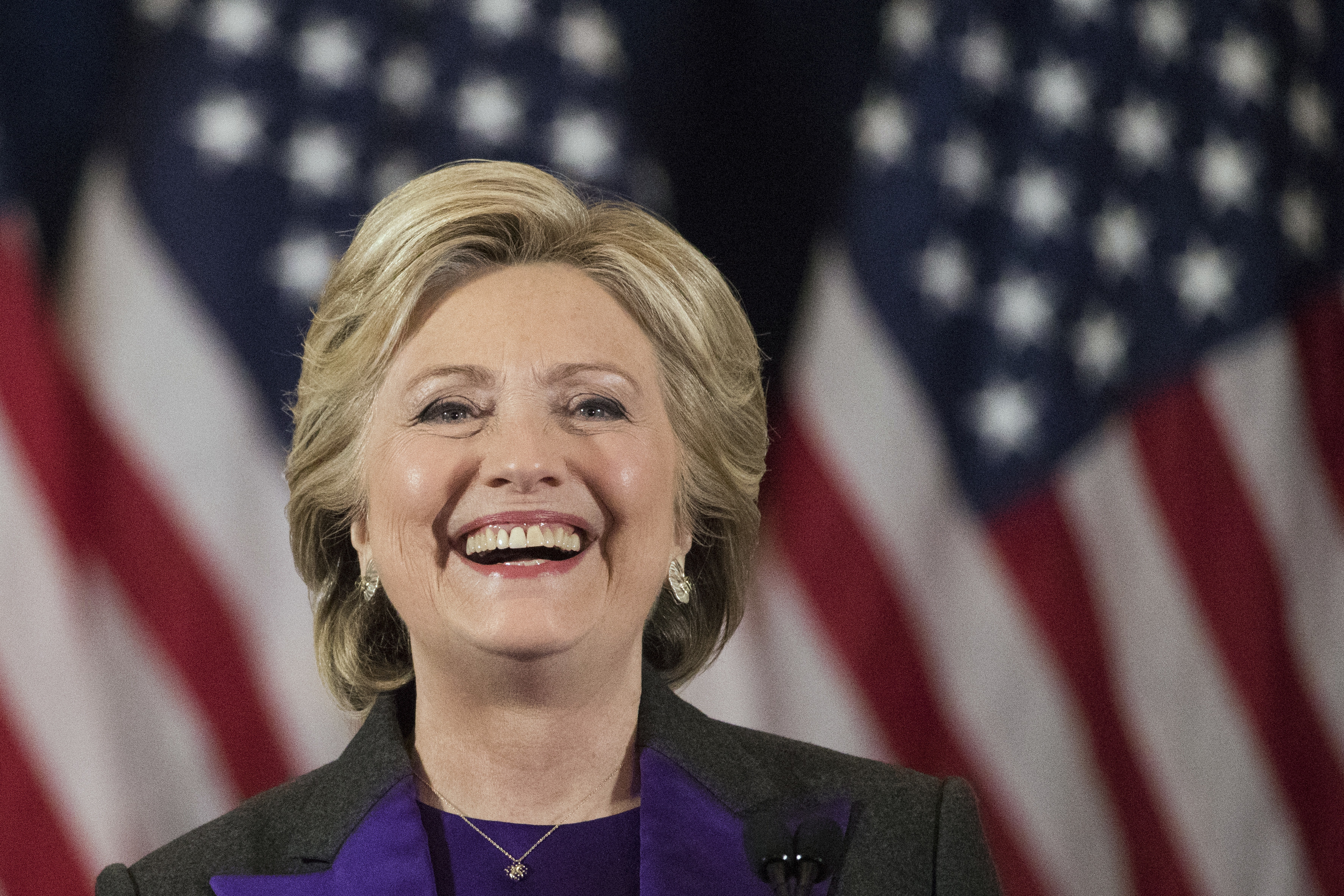 This comes after Clinton, who was beaten to the presidency by Trump in 2016, said voters rejected the brash New Yorker in a result she called a "new page for America".

Last Saturday, Biden was called as the 46th president of the US after winning in Pennsylvania – meaning he has an insurmountable lead in the race for the White House.

She shared a message on Twitter to congratulate Biden and Harris on their historic election win.

Clinton wrote "The voters have spoken, and they have chosen @JoeBiden and @KamalaHarris to be our next president and vice president.

"It's a history-making ticket, a repudiation of Trump, and a new page for America.

"Thank you to everyone who helped make this happen. Onward, together."

This comes as a "rogue staffer" has alleged that Trump "won't leave White House in January" and "told aides to 'write his name on everything.'"

The accusation was tweeted out today after the firebrand claimed the election was a "rigged" contest despite no evidence of widespread voter fraud. 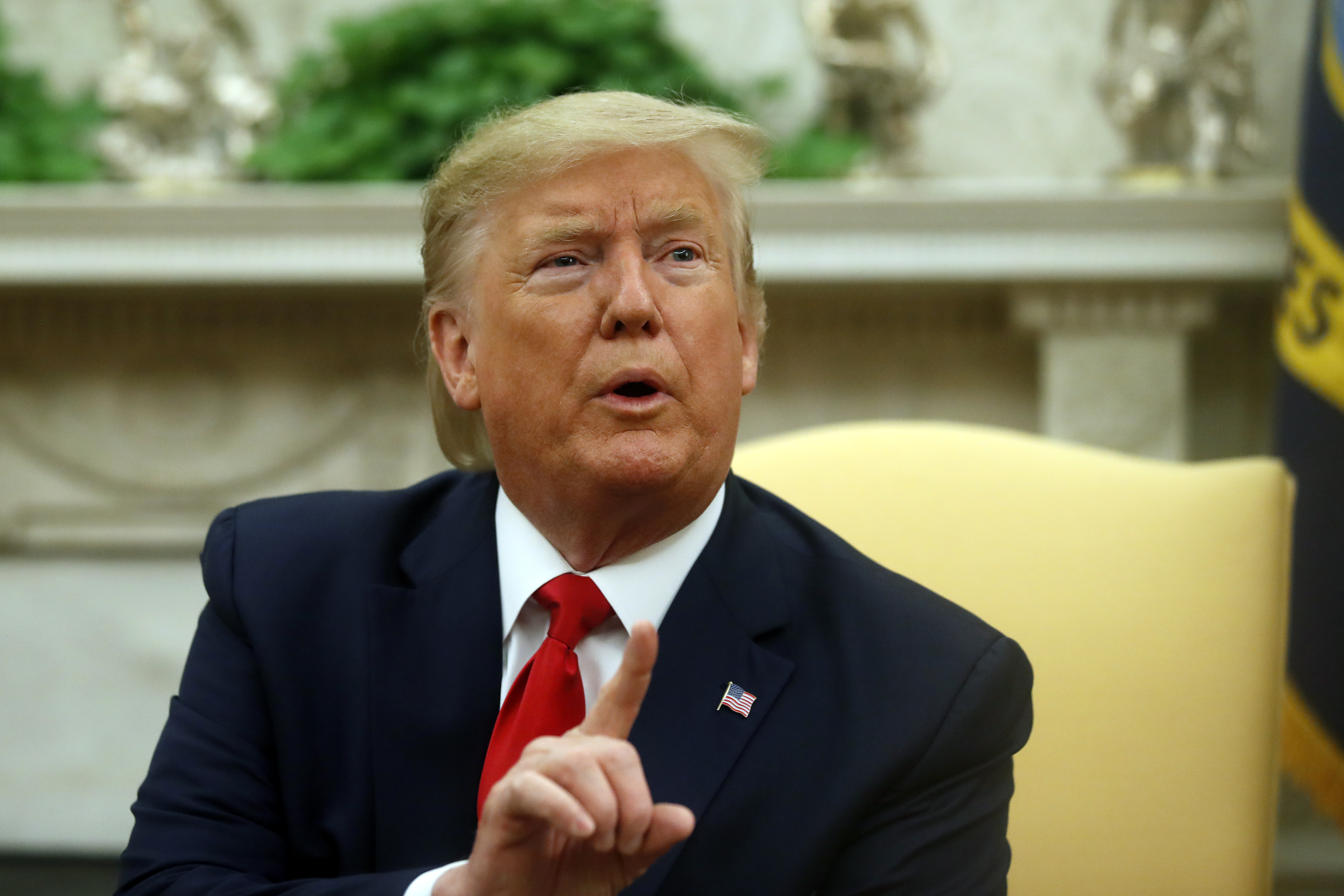 The allegations stemmed from an unverified Twitter account called Rogue POTUS Staff, which is manned by "Anonymous patriots."

It read: "Not announced yet, but there will be a press briefing at White House at 3:00 pm today to talk about the President's plans.

"He will basically be saying that he has no intentions of leaving in Jan. He's been using the phrase 'write my name on everything in the room.'"

Meanwhile, Trump and Joe Biden hailed news that a "free" coronavirus vaccine could be just weeks away – in what experts have called a "great day for humanity."

Pharmaceutical giant Pfizer says interim findings from its large-scale clinical trial show it had 90 percent efficacy, which was better than expected.

The news came just hours after the US crossed the threshold of 10 million cases.

Drugmakers are now expected to seek emergency use authorization later this month in a major victory in the fight against Covid-19.

"I congratulate the brilliant women and men who helped produce this breakthrough and to give us such cause for hope," Biden said in a statement.

Supporters of Biden and Harris too to the street to celebrate their victory – with some banging pots, honking their car horns and setting off fireworks across cities.

Which TV Witch World Is Best to Be a Witch?