THE NEW Brexit coin has sparked fury after being released without the proper punctuation.

Marking the UK’s exit from the European Union, the historic 50p piece was ordered by Chancellor of the Exchequer, Sajid Javid. 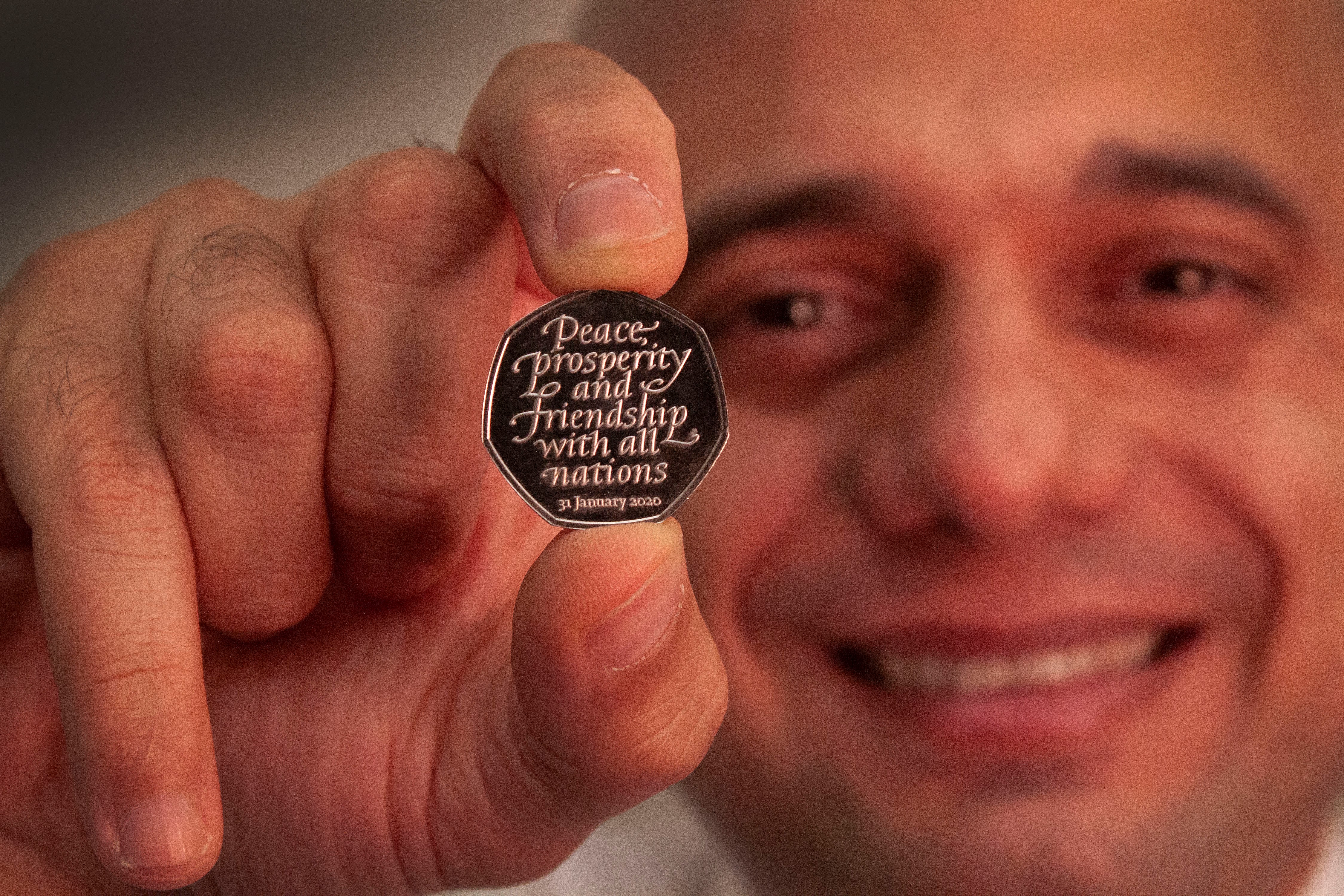 It reads: “Peace, prosperity and friendship with all nations."

Social media users have now been quick to point out the lack of an Oxford Comma after the word “prosperity”.

His Dark Materials author Philip Pullman said: “The 'Brexit' 50p coin is missing an Oxford comma, and should be boycotted by all literate people.”

The Times Literary Supplement editor Stig Abell added: “Not perhaps the only objection, but the lack of a comma after “prosperity” is killing me.”

First ordered for the planned exit of October 31, the coins will enter circulation next week after Boris Johnson finally delivered Brexit.

Around three million will enter banks, Post Offices and shops on January 31, a day that will see Britain out of the EU at 11pm.

Mr Javid said: “Leaving the European Union is a turning point in our history and this coin marks the beginning of this new chapter.”

A Treasury source said: "As with all coins produced by the Royal Mint, the design was selected by the independent Royal Mint Advisory Committee."

Cheryl delights fans with comeback single Love Made Me Do It

Ana de Armas Shares Photos of Herself in N.Y.C. as Ben Affleck Stays in L.A.