GENEVA (Reuters) – China is tightening its grip on Hong Kong and the territory’s autonomy and democratic freedoms are slipping away, a prominent Hong Kong activist told the U.N. Human Rights Council on Monday in a plea for international action. 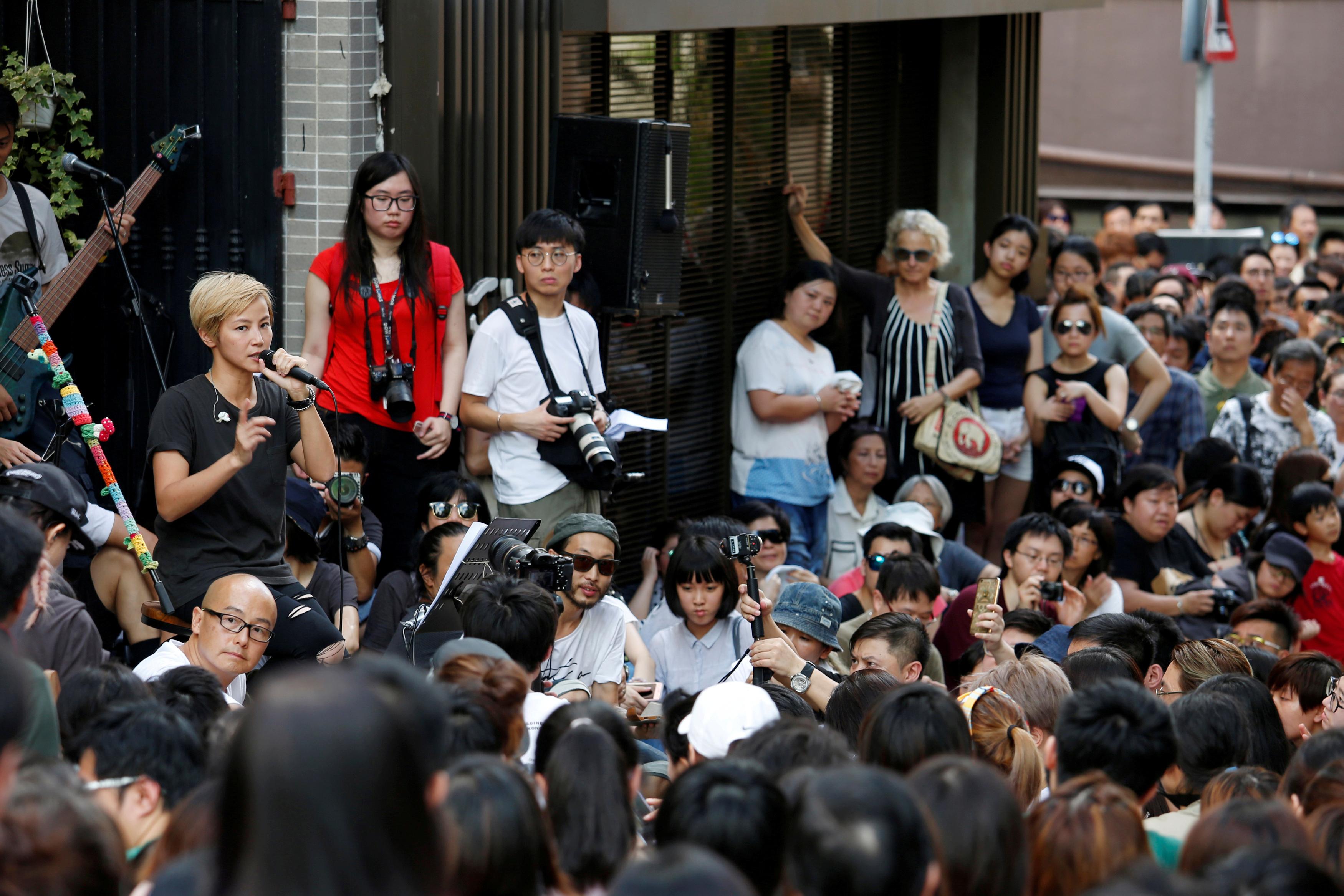 Beijing’s delegation twice interrupted the speech by Denise Ho, a Hong Kong singer, producer and pro-democracy activist who is banned in mainland China.

Dai Demao, first secretary of China’s mission to the U.N. in Geneva, accused her of “slandering” and interfering with China’s sovereignty and internal affairs. Hong Kong enjoyed a “high degree of autonomy” since the former British colony’s 1997 handover, but protesters used extreme violence to attack the Legislative Council building a week ago, Dai said.

Tens of thousands of protesters marched through one of Hong Kong’s most popular tourist areas on Sunday, trying to gain support from mainland Chinese visitors for the city’s opposition to an extradition bill which has caused political turmoil.

Ho urged the Council to speak up in defense of the territory’s autonomy by holding a special session and consider suspending China’s membership in the 47-member forum.

“This anger of Hongkongers follows years of deceitful promises. Since the handover, we saw our autonomy slowly eroded,” Ho told the council.

“Disqualification of six lawmakers, cross-border kidnappings of booksellers, and activists jailed are proof of China’s tightening grip. Real universal suffrage is still non-existent. With a Chief Executive Officer appointed and controlled by Beijing, China is preventing our democracy at all costs,” she said.

Ho, popularly known as HOCC, was referring to Beijing-backed Carrie Lam who is clinging to her job after suspending the bill in the face of public protests.

“The ‘One Country, Two Systems’ is nearing its death”, Ho said, referring to the model under which Hong Kong has been ruled for 22 years.

U.N. High Commissioner for Human Rights Michelle Bachelet last month urged authorities in Hong Kong to “consult broadly” before passing or amending the bill, or any other legislation.

No state has brought a resolution on China at the session that ends on Friday.

“We are all in danger in Hong Kong because we are on the edge of becoming just another China city where we would lose all our freedom of speech, freedom of protest and this is really that tipping point where either we can safeguard our city or no, it goes the other way,” Ho told reporters.

But she said the pro-democracy movement had a good chance of regaining seats in district council elections set for November, in what she called the “next battleground” against Chinese rule.

(This story was refiled to remove typo in paragraph 1)

The stunning transformation of Vanna White

Dolly Parton Fans Dispute Elon Musk as Time's 2021 'Person of the Year' — but She Says, 'I Am Not All That'

Prince Andrew will sell his $22.75 million Swiss chalet to pay off his debt