For Port Macquarie residents, the past few days have been filled with heavy rain and flooding, but attention is already turning towards the clean-up, despite more rain forecast for the next 36 hours.

The Mid North Coast has been one of the hardest-hit areas in the past few days, experiencing a one-in-100 year event. A break in the weather, however, may arrive by Wednesday evening. 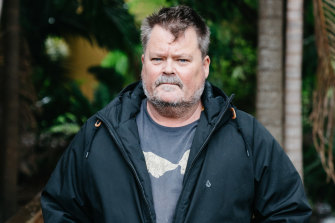 On Friday, restaurant owner Nathan Tomkin had two minutes to evacuate 50 guests before the floodwaters came. That night, they opened up their restaurant, Whalebone Wharf, to diners, under the impression – like many in the town, that the flood would not rise until midnight or Saturday morning.

By 7pm, the waters began to rise.

Mr Tomkin, his partner Yvette Wilson and the restaurant staff got everyone out, before they rushed to move furniture on the ground level higher up. But eventually, they also had to leave.

“I turned lights off and shut the door and said my little prayer. I said, ‘Hope to see you soon mate’,” Mr Tomkin said.

The couple drove home and watched via the restaurant surveillance system as the water kept getting higher and higher. Eventually, the CCTV gave out.

Mr Tomkin and Ms Wilson have been back to visit the restaurant a few times since that night. The first time, on Saturday morning, they were there for less than five minutes before they were evacuated again. The next time, all they could do was take some photos of the damage before turning around.

On Monday morning, Mr Tomkin tried to visit the restaurant again but the flood was too high.

Mr Tomkin hopes that they might be able to start thinking about cleaning up on Tuesday. They’ve had an outpouring of offers and support from their community, including a GoFundMe page which has raised $10,000 in 24 hours.

“A year ago, we were saying [COVID-19] wasn’t going to break us and we would come back stronger than ever. That’s exactly what the plan is now,” Ms Wilson said. 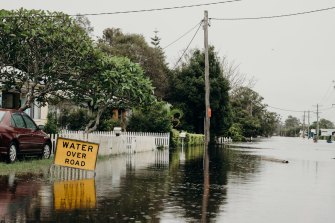 Bureau of Meteorology forecaster Simon Louis said the Mid North Coast is likely to receive heavy rain over the next 24 to 36 hours, with “anywhere” with rain in the area to be an area of concern.

The area could experience as much as 50 to 100mm before the event finishes.

“A trough will bring rain through the west and clear through the state on Tuesday evening. There will still be some shower activity in the north-east and rangers in general, but nothing like the amounts we have seen so far.” he said.

“It is important for us to make sure we are not taking our eye off the ball at any part of the state and also to make sure that we monitor both weather conditions and rainfall, and also likely direction of where those peak river conditions will be as well,” she said.

Ms Berejiklian added some communities along the Mid North Coast who had been previously evacuated had been allowed to return home.

Port Macquarie resident Tarrant Lakeman said while the worst of the flood has passed, the clean-up has only just begun. Mr Lakeman went to inspect his street on Monday morning, only to find the water is still at the top of his Colorbond fence. There are boats and trees everywhere. It’s been like that since Friday. 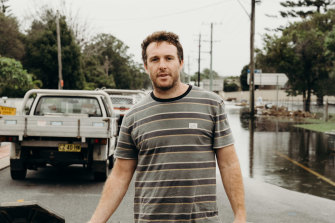 Tarrant Lakeman has lost his home in the floods.Credit:Matt Gilligan

“It’s like the calm before the storm, the worst is yet to come. [The clean-up] is going to be the hardest part,” he said.

Mr Lakeman, his partner, daughter and dad expected the flood to be minor, in line with the warning. But conditions worsened on Friday afternoon and they were forced to evacuate, grabbing only the basics.

“It just happened so quickly. It was crazy how quickly it came up,” he said. “We grabbed what we could, we didn’t think it would get so high, we put anything of value high up, but it’s all gone.”

Mr Lakeman does not expect his family will be allowed back in the home until Wednesday and he’s spending the next few days couch surfing with friends.

“I’ve been here 25 years and I’ve never seen it go under like that,” he said.

BREAKING NEWS: DMX has died age 50 one week after his heart attack

Drew Barrymore Gives Thanks to Trainer Who Helped Transform Her Body

2018 NFL Draft: Green Bay Packers Get Steal Of The Draft In Josh Jackson