THIS is the heart-stopping moment a killer whale at SeaWorld grabbed her trainer by the foot and held him underwater during a show.

Kasatka, a 30-year-old orca, was said to have been agitated by hearing her calf call out when she yanked Ken Peters and pulled him underwater at the attraction in San Diego, California. 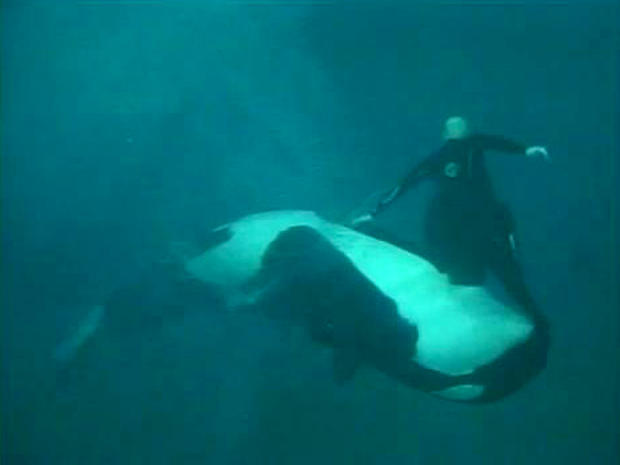 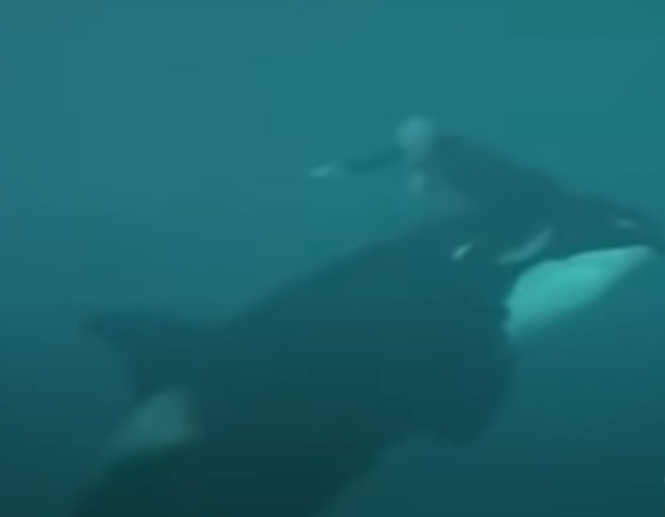 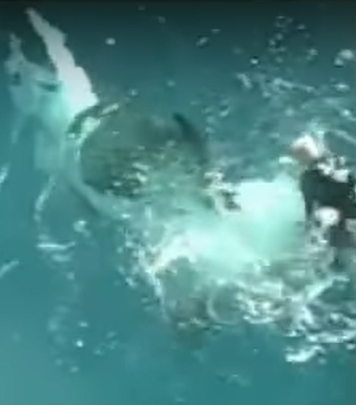 Cameras at the park show Peters giving Kasatka a kiss from the side of the pool.

If everything had gone to plan he was to have then dove down before being triumphantly lifted out of the water on the whale’s nose.

But when his head broke the surface, it was clear something had gone terribly wrong.

As he tried to stand, as the crowd clapped, he started to flail wildly because Kasatka had bitten his foot.

As shocked audience members looked on, the killer whale suddenly dove deep into the pool, pulling Peters with it, leaving him fighting for his life and air.

The trainer was held underwater twice by the 5,000lb beast as it grabbed his foot and dove down for less than a minute each time.

Kasatka eventually let him go but he suffered a broken foot and punctured wounds.

A net was tossed in the pool, and the trainer was able to calm the whale, swim to the other side of the net and get out of the pool.

Peters continued to work for SeaWorld after the 2006 incident and later testified at a federal hearing that he considers the risk of working at the park "acceptable".

"I could get killed in a car accident today, but I still get in a car," he said.

"Even when I was down at the bottom of the pool, I thought she’d let me go," he added.

Peters said he heard Kasatka’s calfTakara vocalizing in a backstage pool and assumed that the sounds may have agitated the protective orca.

According to David Kirby’s Death at SeaWorld this could have agitated the orca.

He claimed: "Kasatka grew more aggressive with trainers in the water after Takara was born.” 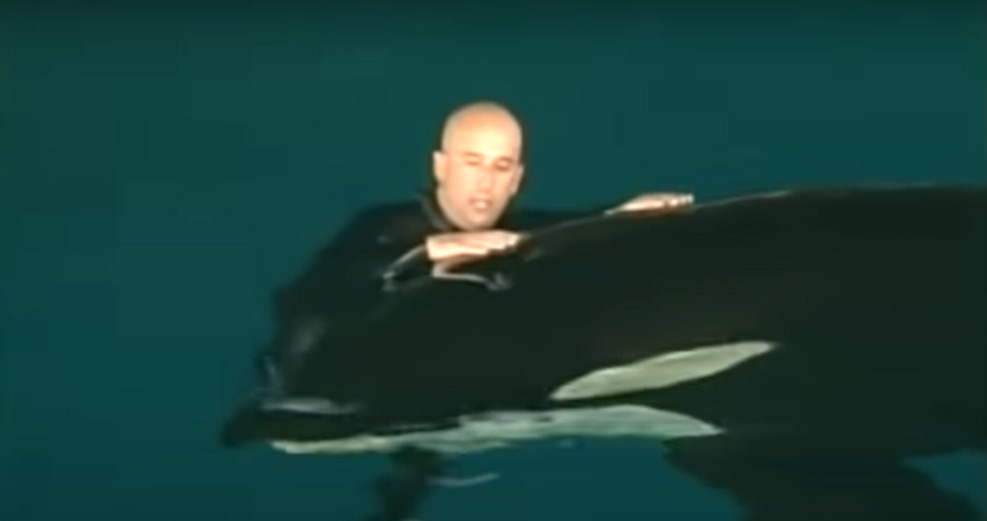 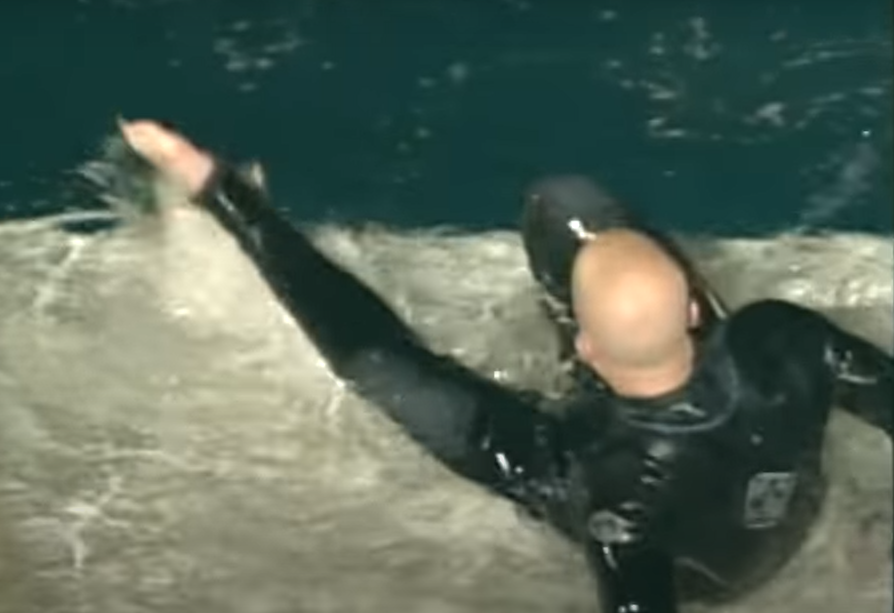 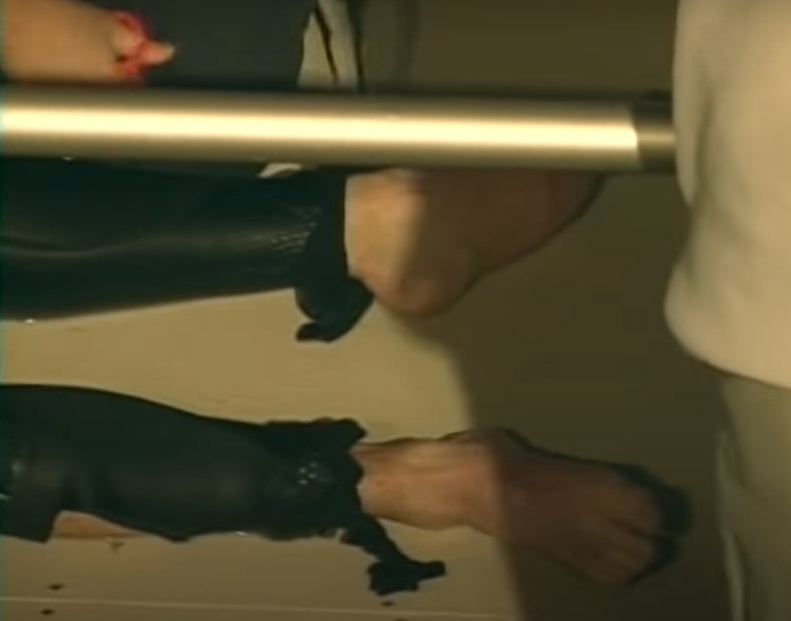 The trainer also defended the park's safety protocols as he gave testimony over the death of trainer Dawn Brancheau who was killed by an orca that severed her spinal cord in 2010.

But one former trainer in the park, described the conditions the magnificent creatures are kept in as a "disgrace to humanity".

Three of the marine park's killer whales, the stars of the water show, have died between 2016 and 2017 as they struggled to survive in the cramped and disease-ridden artificial environment.

Her former trainer, John Hargrove, left the marine park in 2012 after 14 years of caring for the whales and became a whistleblower.

Hargrove wrote a best-selling book on his experience at SeaWorld and was a central figure in the award-winning documentary Blackfish.

The 2013 film detailed the suffering of the animals at the marine park and caused the company's shares and ticket sales to plummet.

She lived out her days in a house of horrors – and I was complicit in selling the lie to the public.

He told the Mail on Sunday: "They claim captive orcas help educate people, and for years I bought into it. But Kasatka lived in misery, in barbaric and horrific conditions, and died in agony.

"She lived out her days in a house of horrors – and I was complicit in selling the lie to the public."

The killer whales struggle to survive at the marine park because of the small pools they are kept in tanks that are too small.

SeaWorld dismissed the film as "inaccurate and misleading" but Hargrove is undeterred in his determination to speak out.

It said: "In the wild, these magnificent creatures live to 80, 100 years old.

"I have to speak out because if it stops just one person paying to go to a park where orcas are tortured to perform circus tricks, then Kasatka's death won't have been in vain." 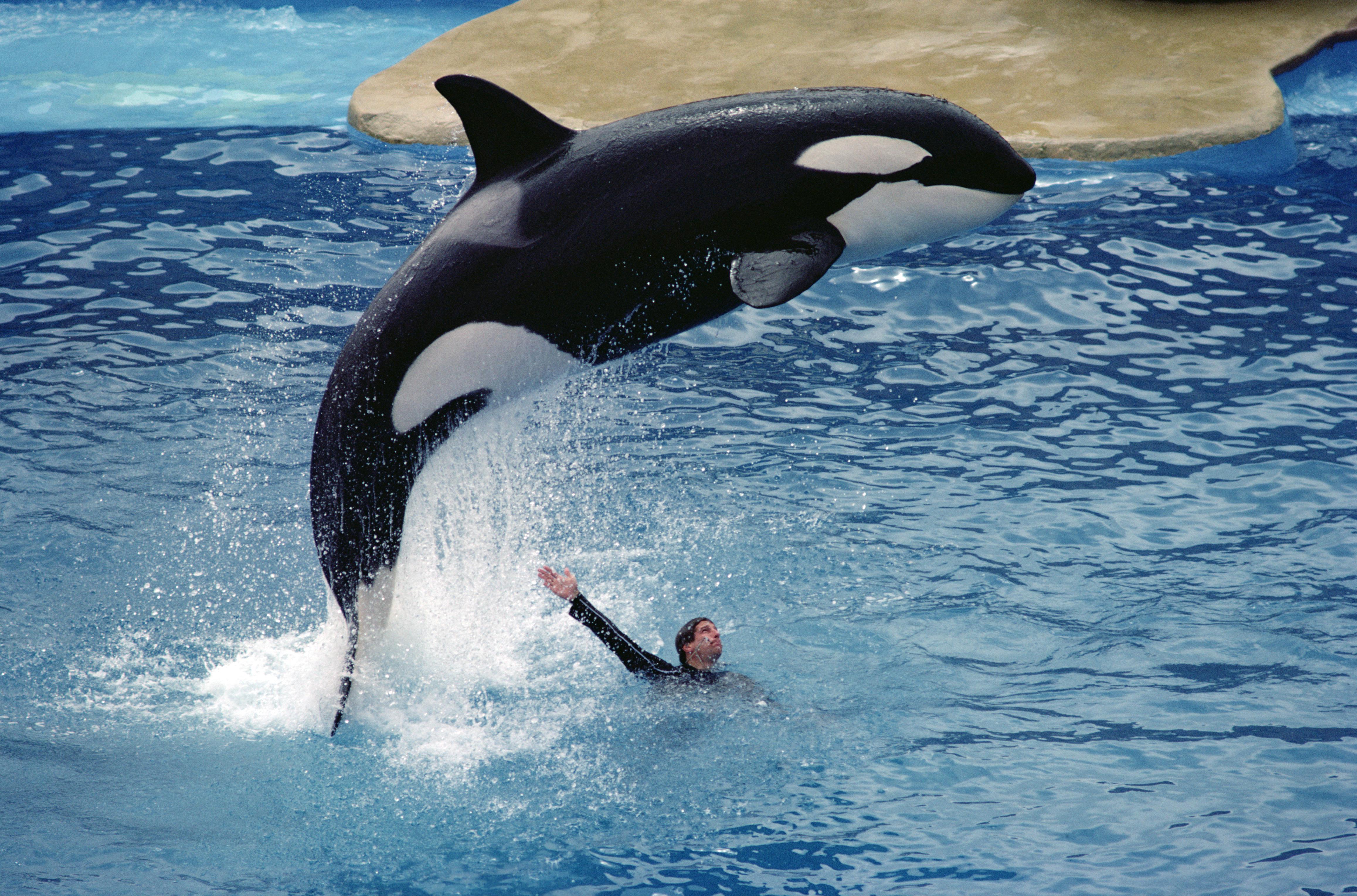 Plastic Bags, or Paper? Here’s What to Consider When You Hit the Grocery Store

Jennifer Lopez addresses the nation in Spanish during inauguration performance