Kelly Hill flew into a rage and waved the blade at her neighbours as she rampaged through the quiet cul-de-sac in Plymouth. 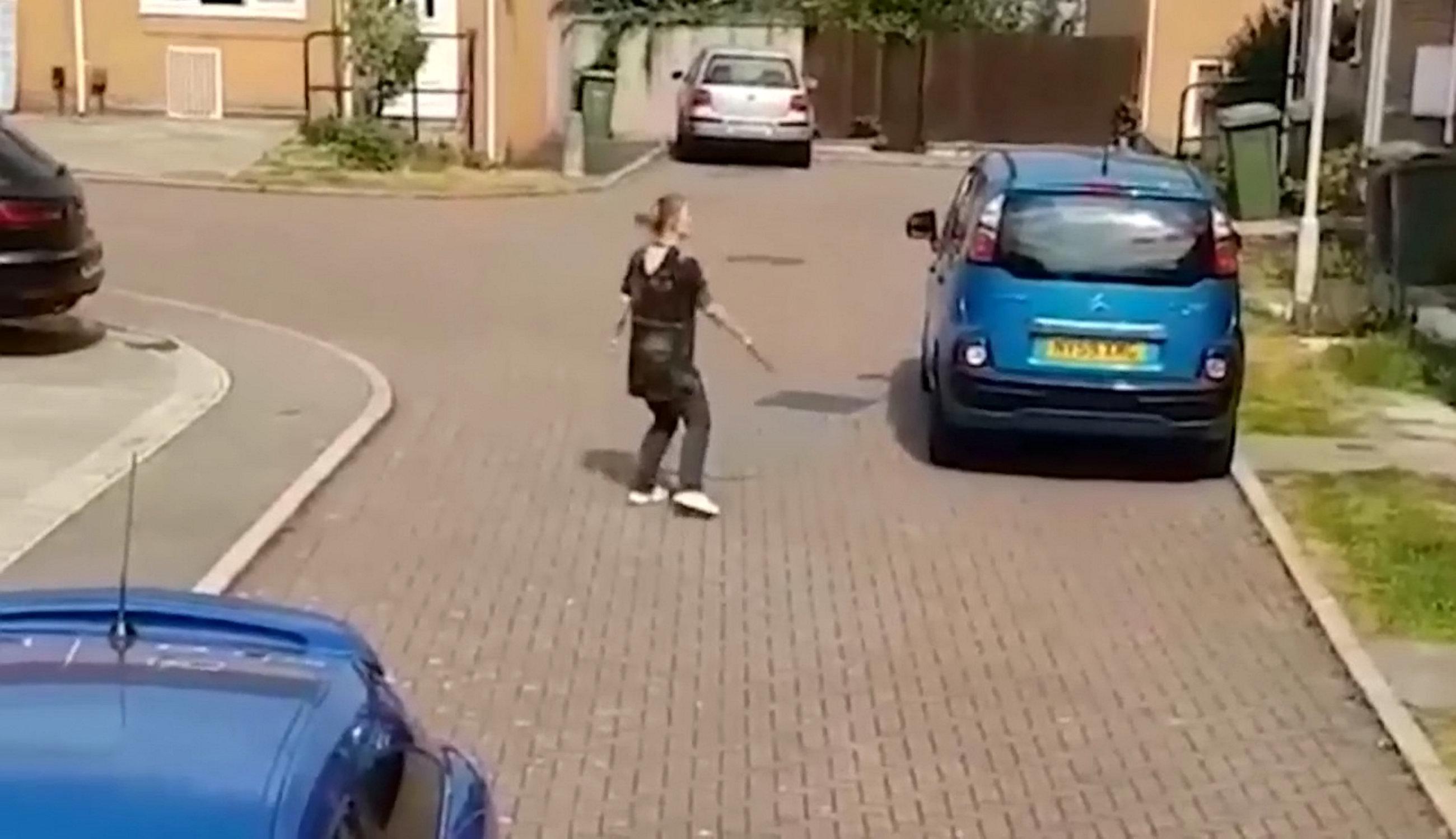 The 39-year-old then approached the home of Dominic Airzee and banged on the door shouting "grasses".

As he opened the door a crack, Hill lunged at him through the gap and missed him by a centimetre as he frantically tried to shut the door.

His two children were in the house at the time of the horror on July 2 and had helped him lock the door.

Hill has now been caged for 16 months after admitting possession of a knife causing fear of violence at Plymouth Crown Court. 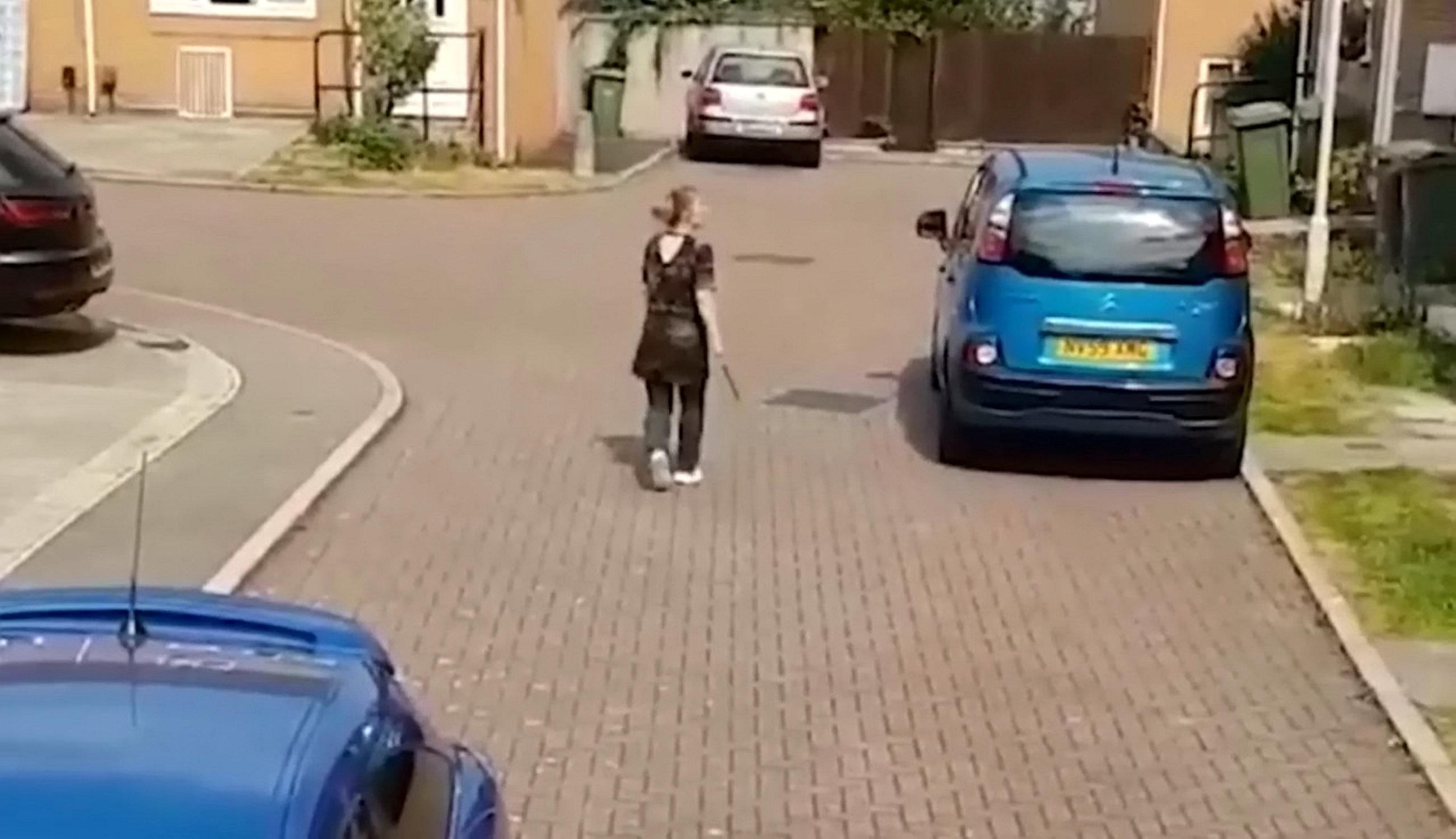 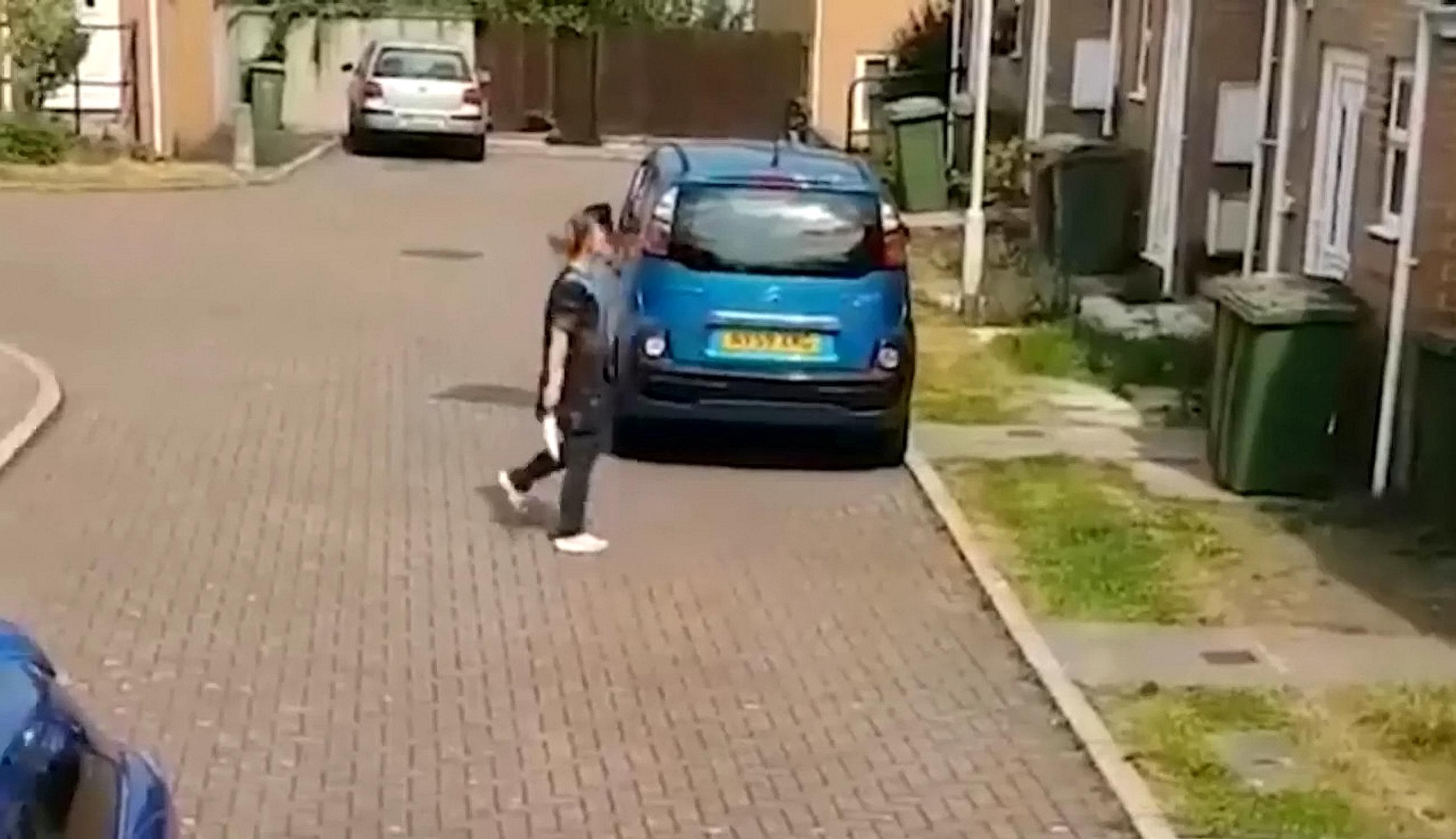 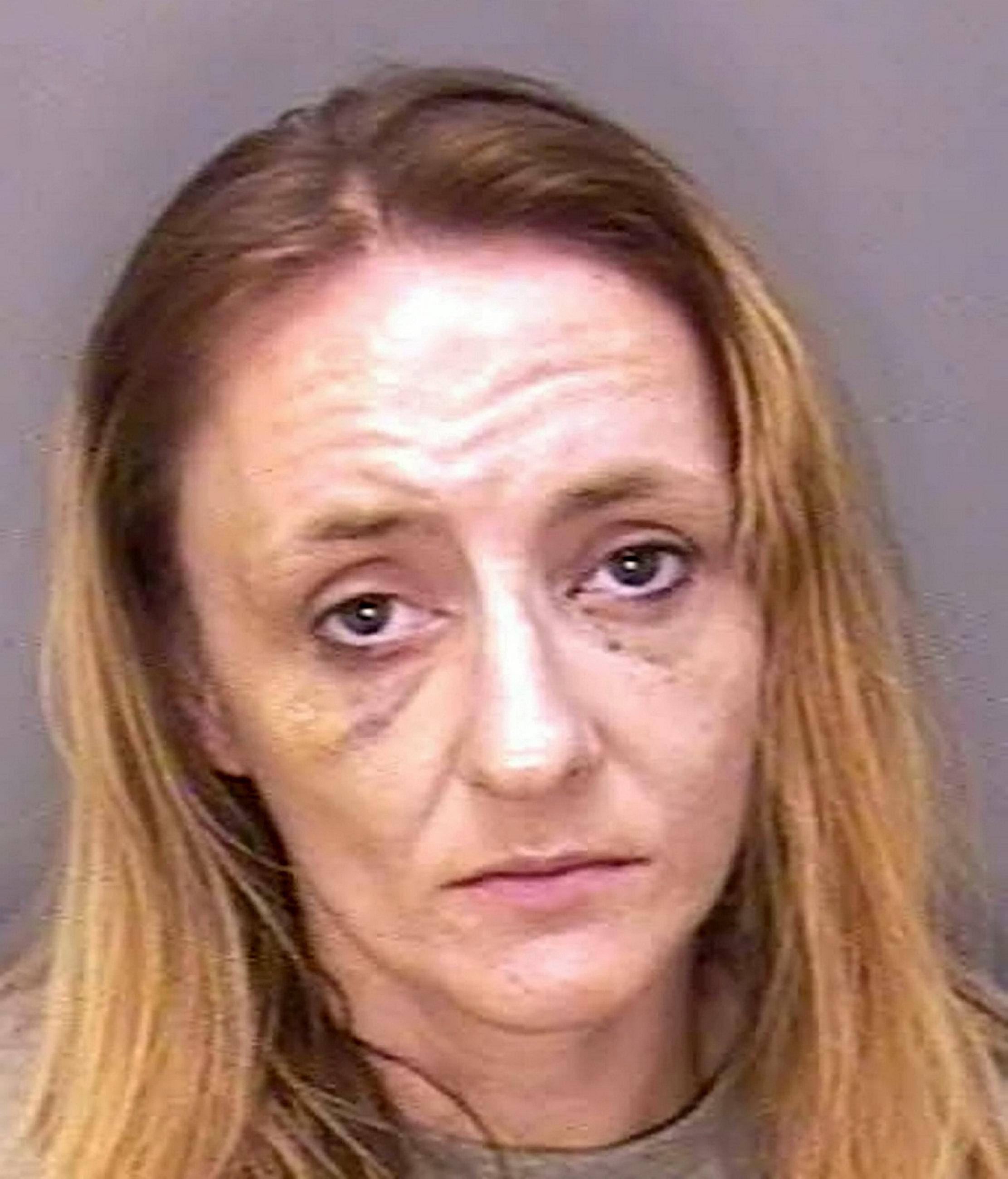 The court heard Hill has a history of drug addiction and mental health problems.

A statement from Mr Airzee read: "She absolutely terrified my little boy, he was left screaming and crying.

"I have been told to keep my doors and windows locked. I should not have to live like this.

"I do not know why she has targeted me."

Hill had been detained at a psychiatric unit eight years ago for six months, with her long-term drug abuse blamed for her mental health problems.

Sentencing, James Townsend said: "This is an absolutely terrifying and serious incident.

"You went up to someone's front door, you issued threats in the presence of children and when he opened his front door slightly, you pushed a knife through the gap and only just missed him."