THIS is the moment a man shoots and kills his partner’s ex husband during a child custody row before claiming it was "justifiable homicide".

William "Kyle" Carruth and Chad Read got into an aggressive confrontation over child custody outside of Mr Carruth's home in Lubbock, Texas, just moments before Mr Read was shot and killed. 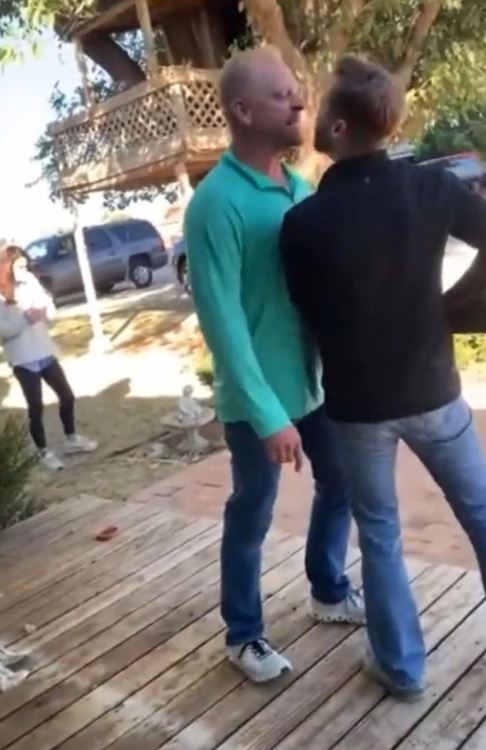 Two videos of the deadly shooting have been released, one my Mr Read's widow, and one by Mr Carruth’s lawyers.

In the videos, Mr Read is seen arguing with his ex-wife over their child custody when Mr Carruth tells him to leave, stepping back inside the house and returning with a gun.

The men go head-to-head as Mr Read yells at Mr Carruth to “use it, motherf***er because God damn it I’ll take it from you and f***ing use it on you”.

Mr Carruth steps back and fires a warning shot into the ground at Mr Read's feet.

Mr Read grabs the gun and swings Mr Carruth, who steps back off the porch and fires two shots, killing him seemingly instantly.

Jennifer Read can be heard saying "call 911", as Mr Carruth defends the shooting: “I told you, I told all of y’all to leave.”

Mr Carruth's lawyers are claiming self defence, saying the killing of Mr Read was a “justifiable homicide”.

David M. Guinn one of Mr Carruth's lawyers said: “All Texans may lawfully brandish a firearm to protect themselves, their property and their business,

“When Kyle did that, Chad Read advanced on him, and instantaneously, he tried to take the gun away from Kyle.

"In doing so he was powerful enough to sling Kyle 180 degrees around on Kyle’s patio.

“Raising his left leg, he was continuing his advance on Kyle, threatening him and posing an immediate threat. Kyle responded.

"This is a justifiable homicide.”

Police have not laid any charges against Mr Carruth for the shooting on November 5, the local media reported.

The lawyer praised the Lubbock Police Department’s handling of the case.

“LPD knew they lacked probable cause, and did not arrest him. Kyle co-operated with law enforcement.

"Our hopes are that a Lubbock grand jury will do a thorough investigation of all the facts and will clear Mr Carruth.”

He added that “everyone regrets the entire situation.

“Though Read came unarmed, he announced his intent to kill Kyle Carruth with Kyle’s own gun and took immediate powerful action to do so."

A number of states in the US have castle laws allowing homeowners to use reasonable actions to defend themselves and their homes.

Lawyer James Luster describes the Castle Doctrine as: "the idea that a ‘man’s home is his castle’.

“The castle doctrine in Texas presumes that using force is reasonable and justified when another person unlawfully and with force enters or attempts to enter or remove you by force from your habitation, vehicle, or workplace.

Mr Luster also added that Texas has “some of the strongest self-defence and defence of property laws in the country". 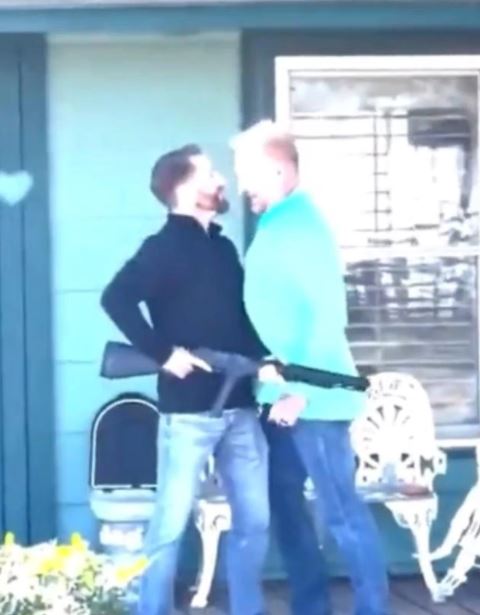 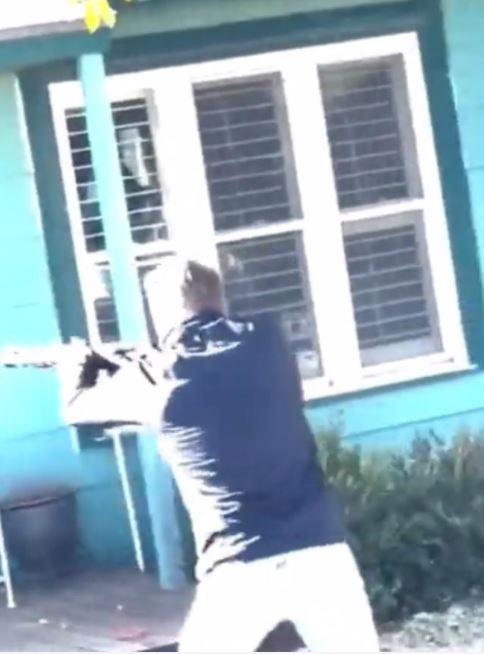 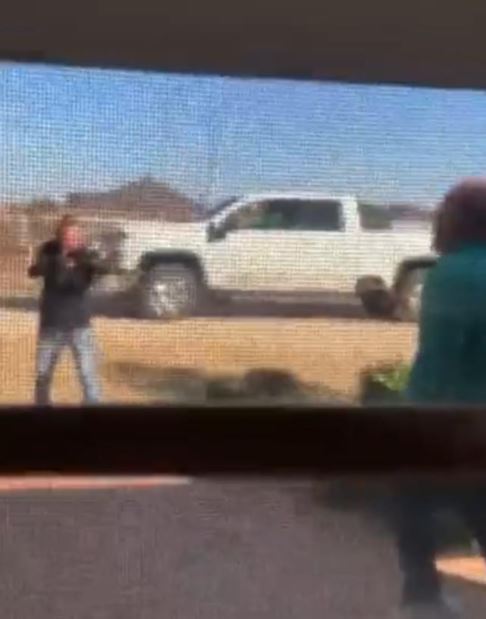