A WOMAN taking antidepressants suffered reactions so severe, it burned off her skin and left her in a coma for three weeks.

Christan Bennett, 29, was prescribed the antidepressant Lamictal in March 2016 after she had been suffering from major depressive disorders since she was 24. 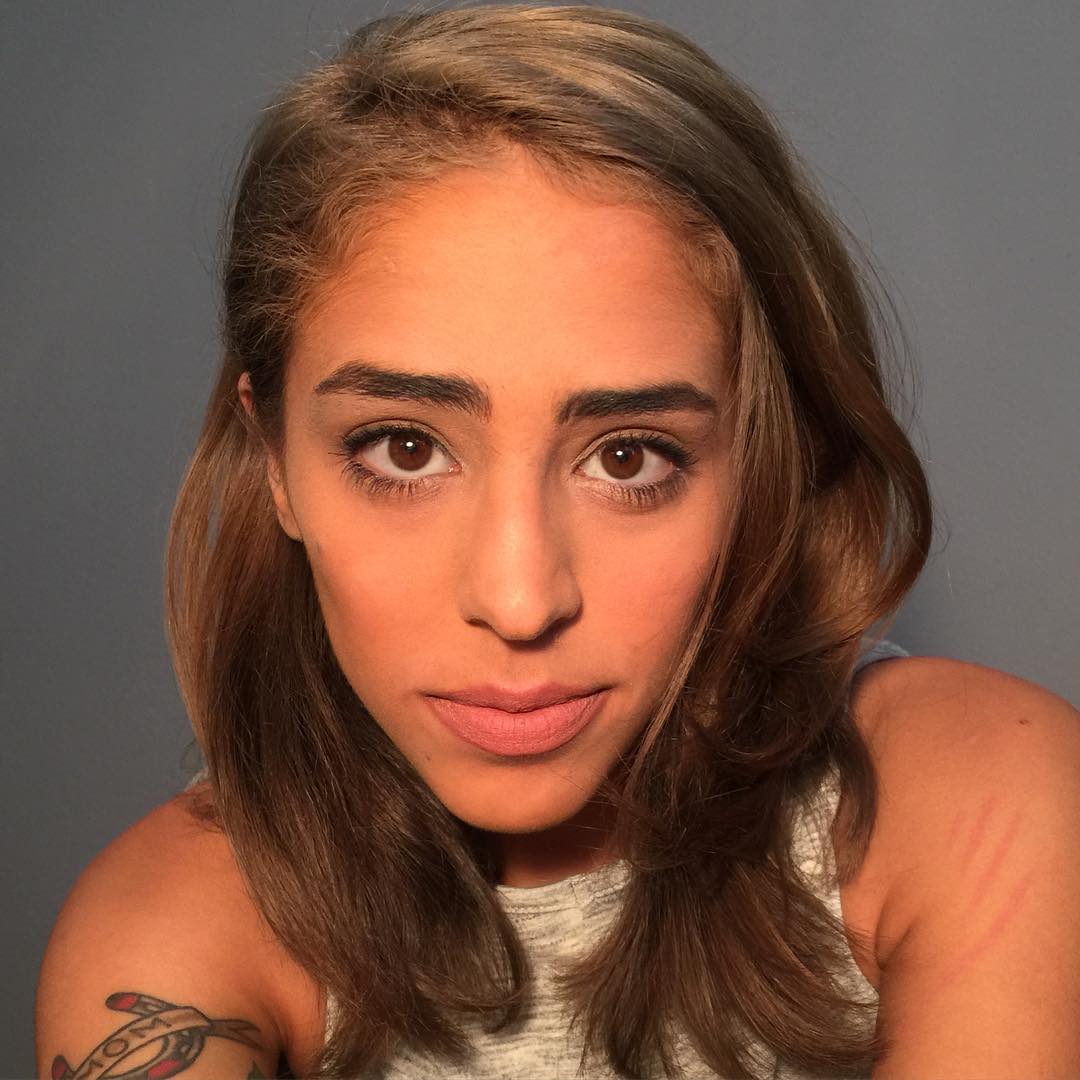 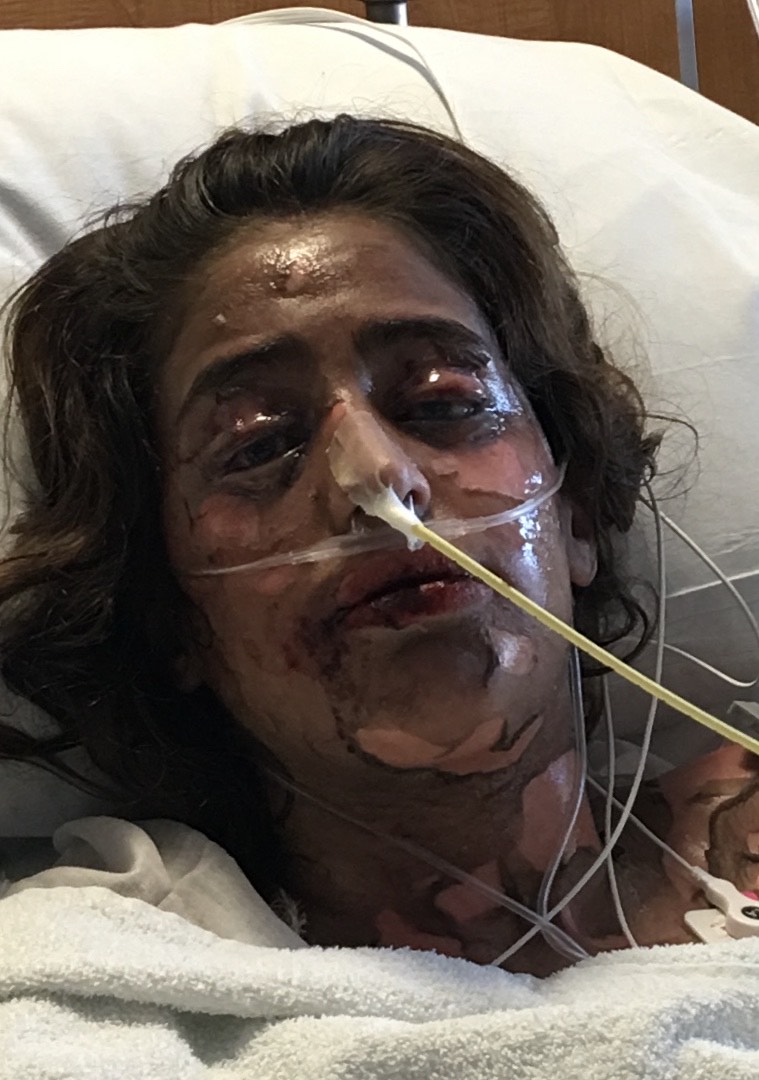 The Dallas designer was fine for the first few weeks but then began experiencing adverse effects to the meds on April 1, 2016, including high fevers, severe nerve pain, and throbbing headaches. When she brushed her teeth, her lip tissue would fall off.

Concerned she had an abnormal reaction, Bennett visited a local hospital, where doctors diagnosed her with toxic epidermal necrosis, a severe skin reaction to medication that causes blisters and even blindness.

“As soon as I got to the hospital, I was immediately put into isolation and was examined by what felt like fifty doctors, such as a contagious disease expert and a toxicologist and it was hard to decipher what was real at this point," Bennett said.

She was rushed immediately to a specialist burn unit in the hospital. On her way there, Bennett's arms began to blister and burst, forcing her into shock over the pain she was in. 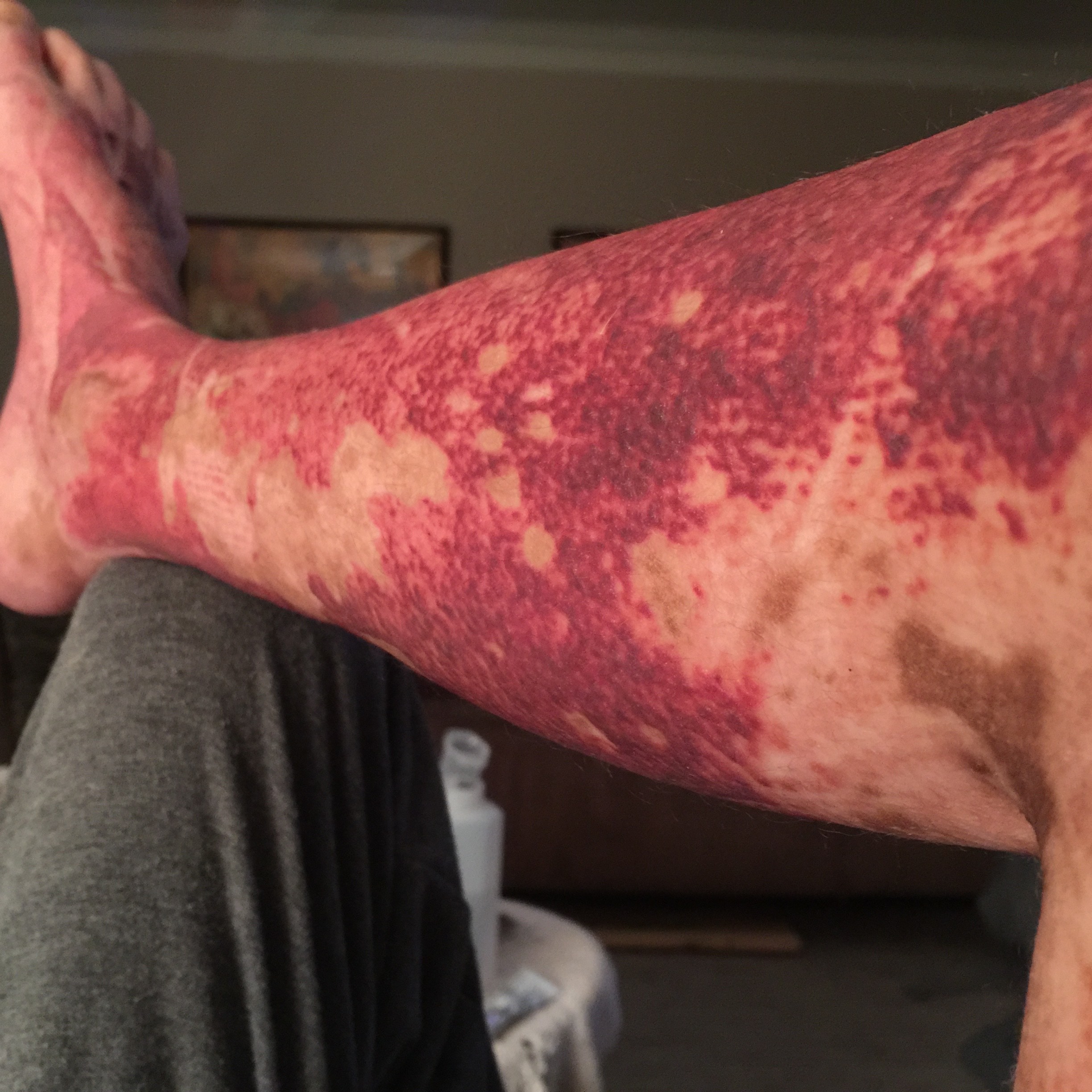 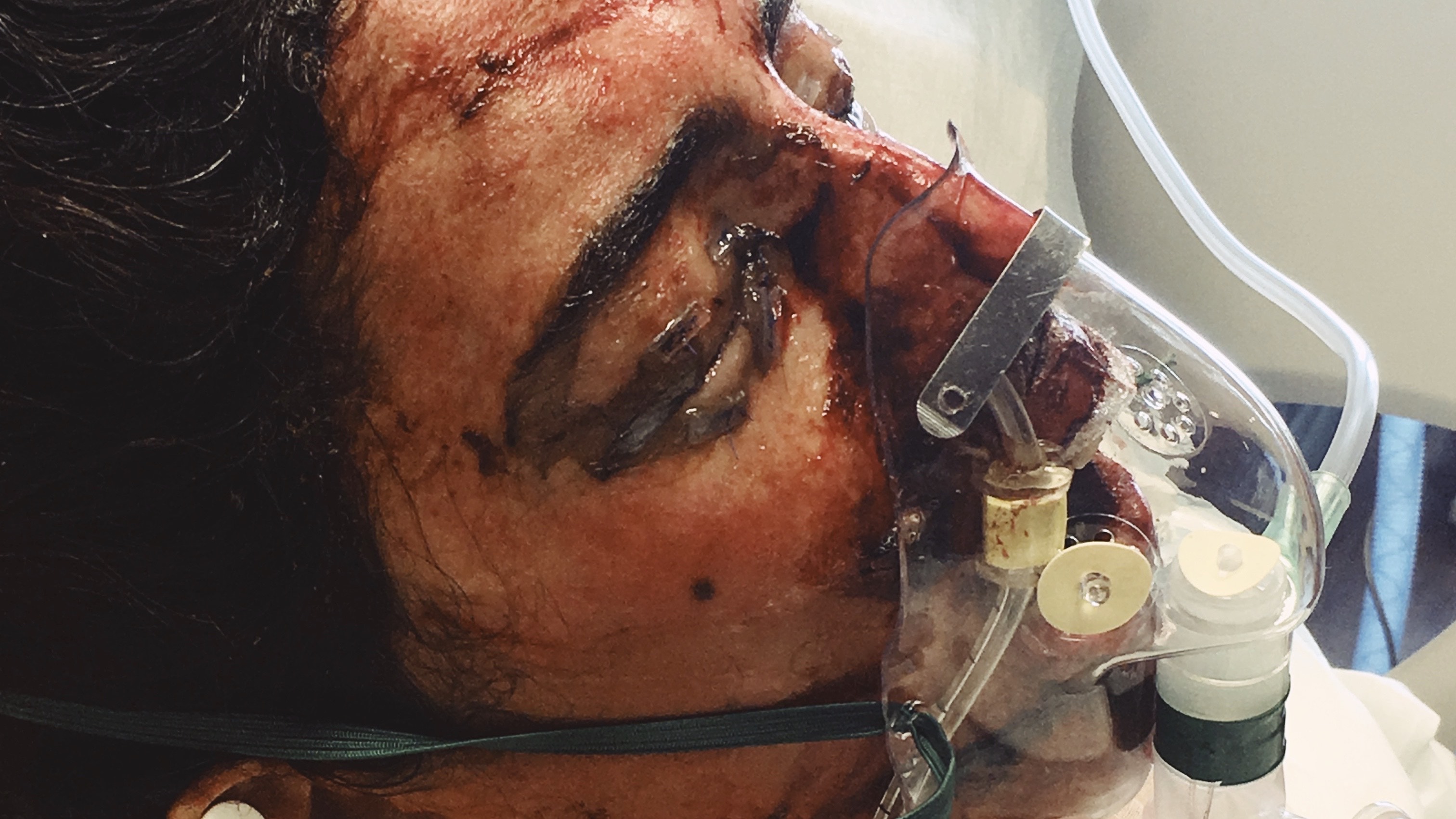 Bennett began hallucinating by the time she arrived at the burn unit, forcing doctors to perform a placental membrane transplant, or a membrane cell graft, on her eyes to protect them from blistering.

“I was in and out of consciousness with periods of delirium and had several hallucinations that I was being held hostage and at one point, even tried to remove my own IV that was keeping me stable," Bennett said.

Doctors monitored her health and placed her into a medically induced coma to take the stress off of her heart and lungs.

“I had gone into shock due to the pain and I have little memory about what happened during my transfer apart from my arms blistering and starting to slough off," said Bennett.

“At this point, medics tried to wake me up to tell me that I was suffering from toxic epidermal necrosis – a severe skin reaction to my medication – but I wasn’t coherent enough to understand," Bennett added. 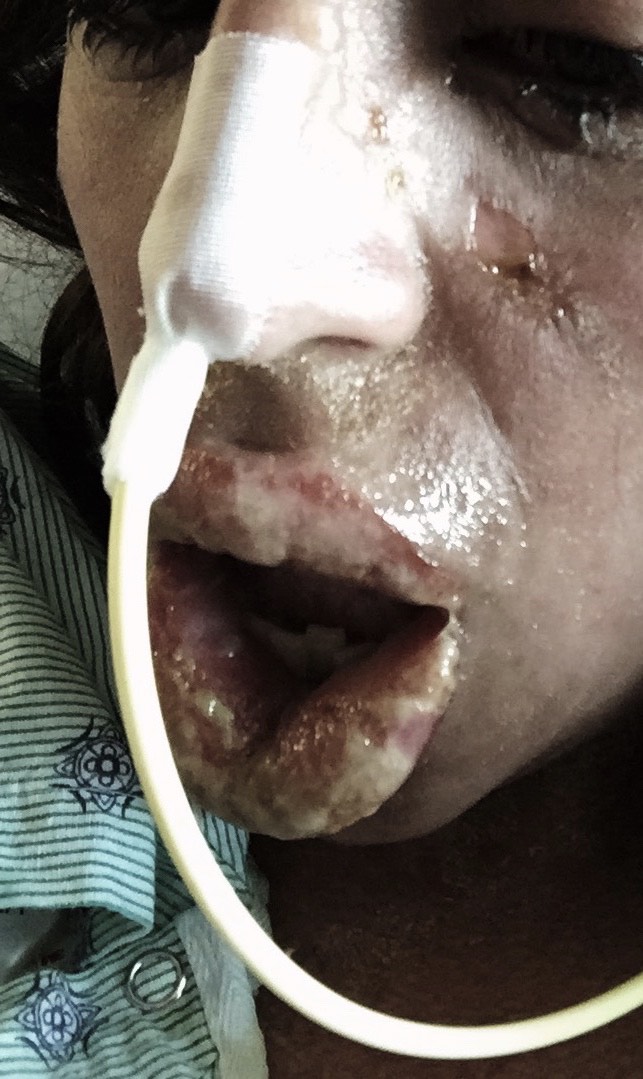 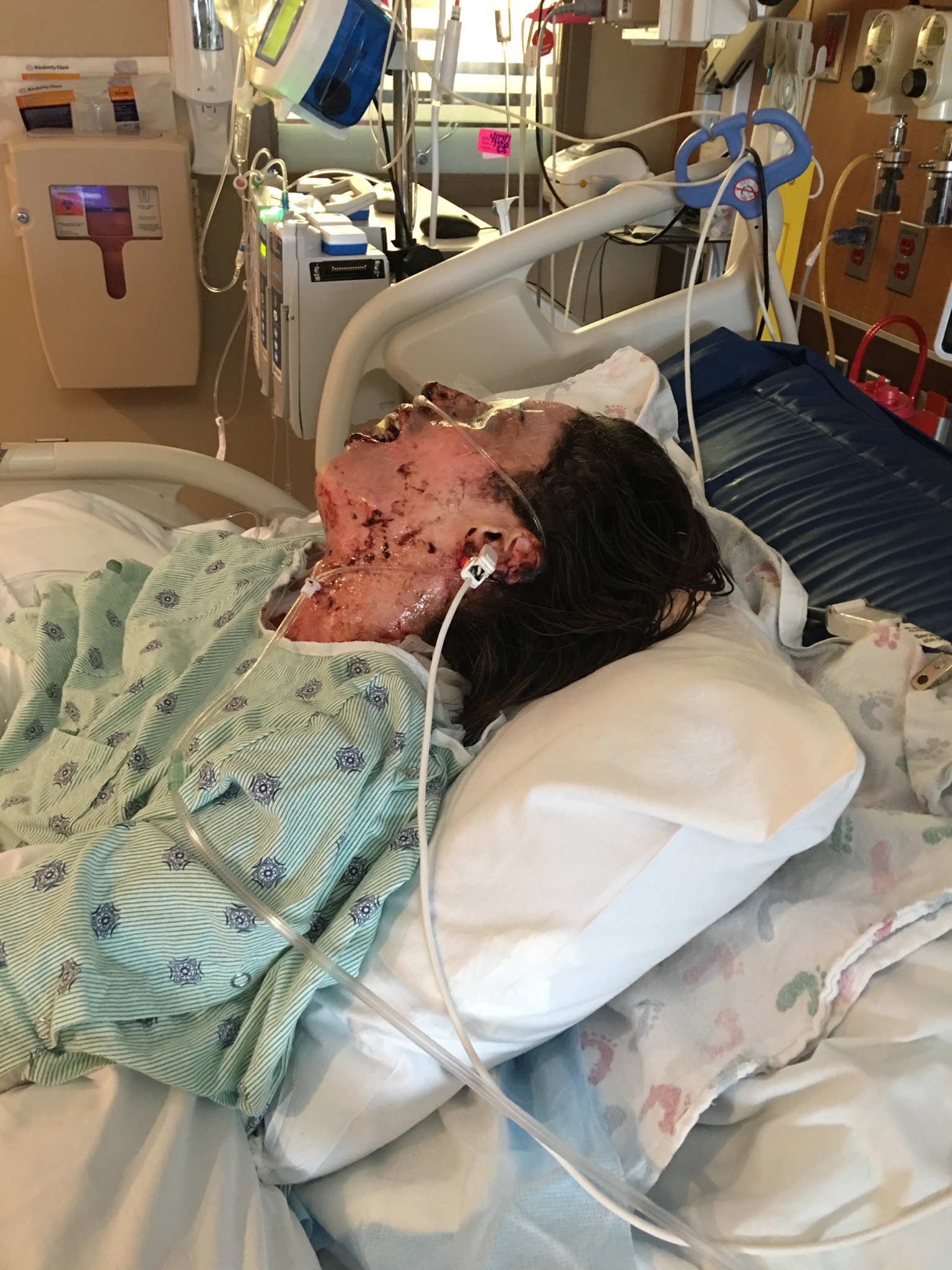 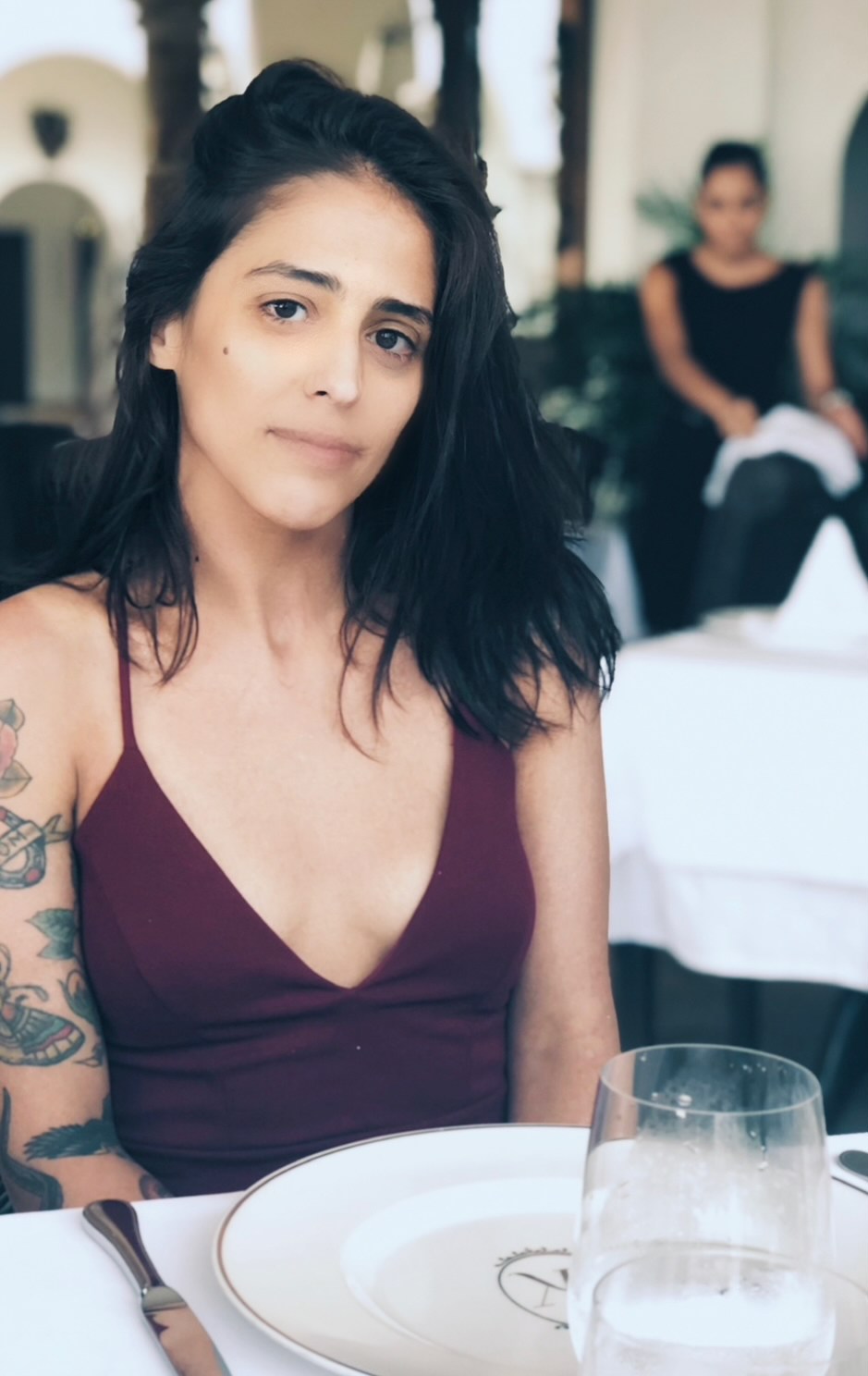 After three weeks had elapsed, she was placed on a ventilator for another three weeks as she was unable to breathe on her own, causing a fistula – an abnormal connection between the throat and stomach – so she needed a gastrointestinal tube fitted to give her fluids and keep her stable.

“However, after three weeks I was able to come off the ventilator and breathe on my own, which felt exhausting."

She was bed-bound, unable to walk, and had to regain mobility through physical therapy. Bennett needed eye surgery to recover from the membrane tissue.

She was placed on a feeding tube for nine months, had surgery using a muscle graft from an organ donor to repair her throat, and began eating and drinking on her own.

After all the pain and suffering, Bennett was finally released, and she's happy to be alive.

“I still feel angry some days that I had to live with so much pain daily due to medication that was meant to make me feel better and I feel so alone with my illness, as I don’t know one person who shares my experience.

“My family supported me greatly throughout my ordeal, as I wasn’t able to work for three years afterwards and have only just been able in the last two years to start my career as a designer.

“Now, I’m very cautious about what medications I am prescribed and I don’t take anything new that I haven’t had before – but it’s a miracle that I’m alive.

“I’m still trying to piece together my hospital stay and my advice to anyone going through a similar situation is to take it one day at a time – you aren’t alone.”

UK is set for more snow and freezing conditions

Netflix’s High Score is trending, and for good reason

Council elections an opportunity for Melbourne’s ‘most vulnerable’