Horse trader who kept dozens of half-starved, disease-ridden animals in conditions so awful that a pregnant mare died while giving birth is jailed for 17 weeks 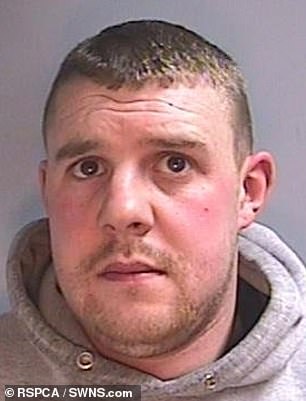 John Michael Humphrey, 32, pictured, has been jailed for 17 weeks having admitting 25 charges of neglect across various locations of North Yorkshire

A horse trader who kept dozens of half-starved, disease-ridden animals in conditions so awful that a pregnant mare died while giving birth has been jailed.

Humphrey was reported three times over a seven-week period between April and May over conditions he kept the animals in various locations in North Yorkshire.

The RSPCA had to put down a blind three-year-old filly to stop her suffering after been found with overgrown hooves and discharge from her nostrils.

Some horses were so traumatised they resorted to biting and kicking each other, causing serious injuries including gaping facial wounds.

RSPCA inspector Alice Cooper, who investigated along with colleague inspector Claire Mitchell, said: ‘This was a complicated case involving a large number of equines being kept at three different locations.

‘Many of them were suffering and needed urgent veterinary attention, and some of them had to be immediately hospitalised.

‘Two horses were so poorly they had to be put to sleep on veterinary advice, and a third died giving birth such was her poor condition. 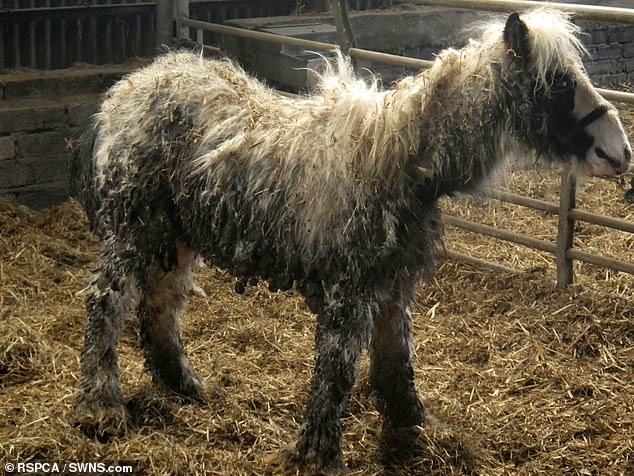 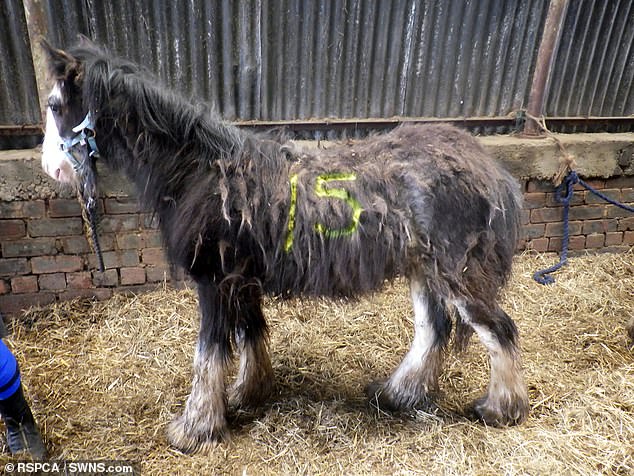 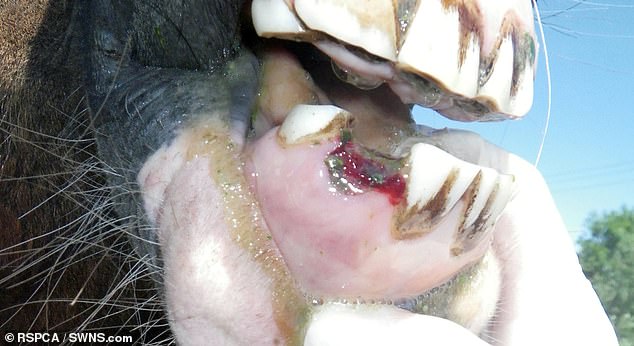 ‘Those who weren’t suffering were likely to if their circumstances didn’t change due to the extremely dirty or hazardous environments they were living in, the absence of clean, fresh drinking water and lack of suitable food source.’

The horses are now all been cared for by the RCPCA and will be rehomed when they’re ready while the donkeys were signed over to The Donkey Sanctuary.

Humphrey admitted 25 charges of neglect and causing unnecessary suffering to the animals and appeared for sentencing on Wednesday, October 24. 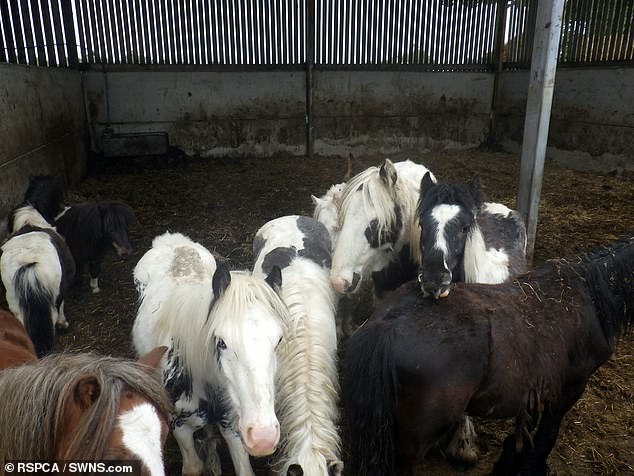 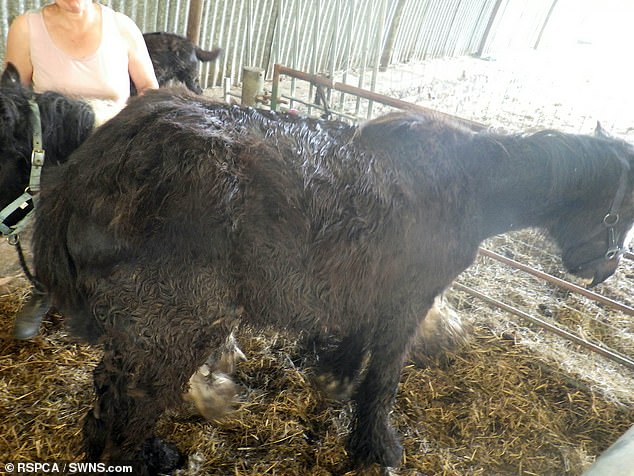 As well as handing a 17-week jail term, Humphrey was banned from keeping animals for life 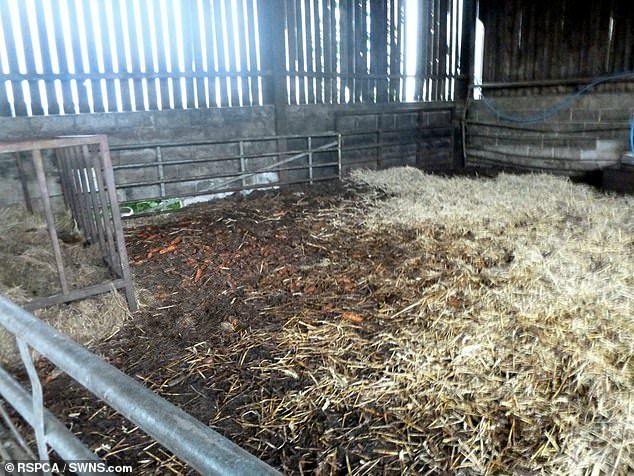 He claimed he had only owned them a matter of weeks and that they were already in a ‘terrible’ condition when he bought them.

Magistrates decided that the neglect and suffering of the animals were so bad that only a custodial sentence could follow.

Humphrey was jailed for 17 weeks and banned from keeping any animals for life.

He was given 21 days to hand over any horses he still owned to the RSPCA and ordered to pay a statutory surcharge of £115. 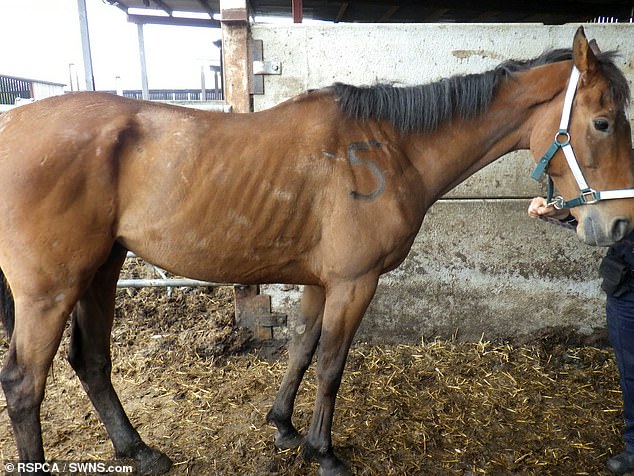 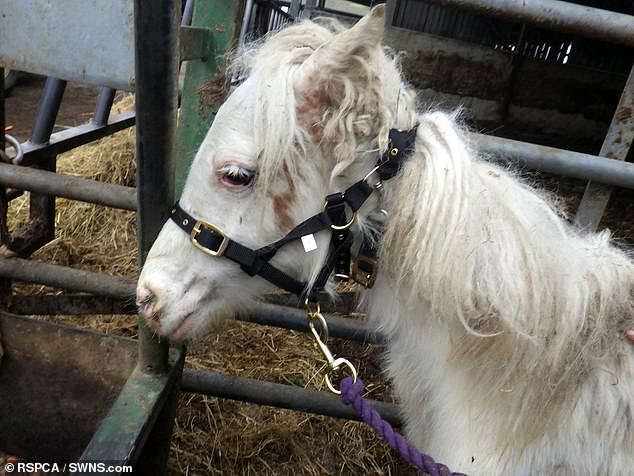 As well as a prison sentence, the horse trader was banned from keeping animals for life 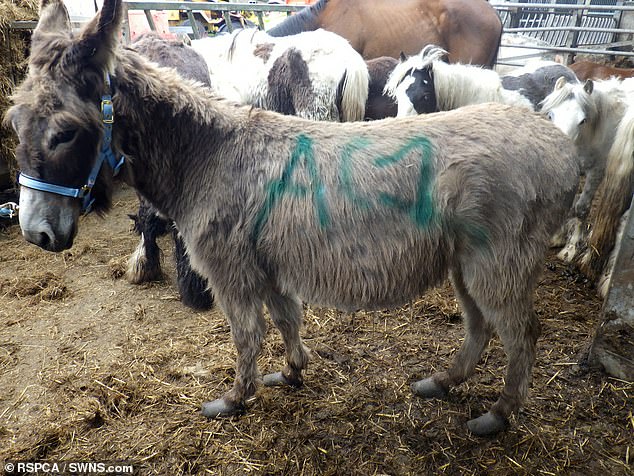 Pictured: The jewellery stolen by gang whose raid led to woman’s death

America’s still failing to protect Christians across the Middle East