I hear one child scream at her to “f*** off”, then see another pelt her with discarded rubbish that is strewn around the rat-infested streets, here in the poverty-blighted suburb of Page Hall. 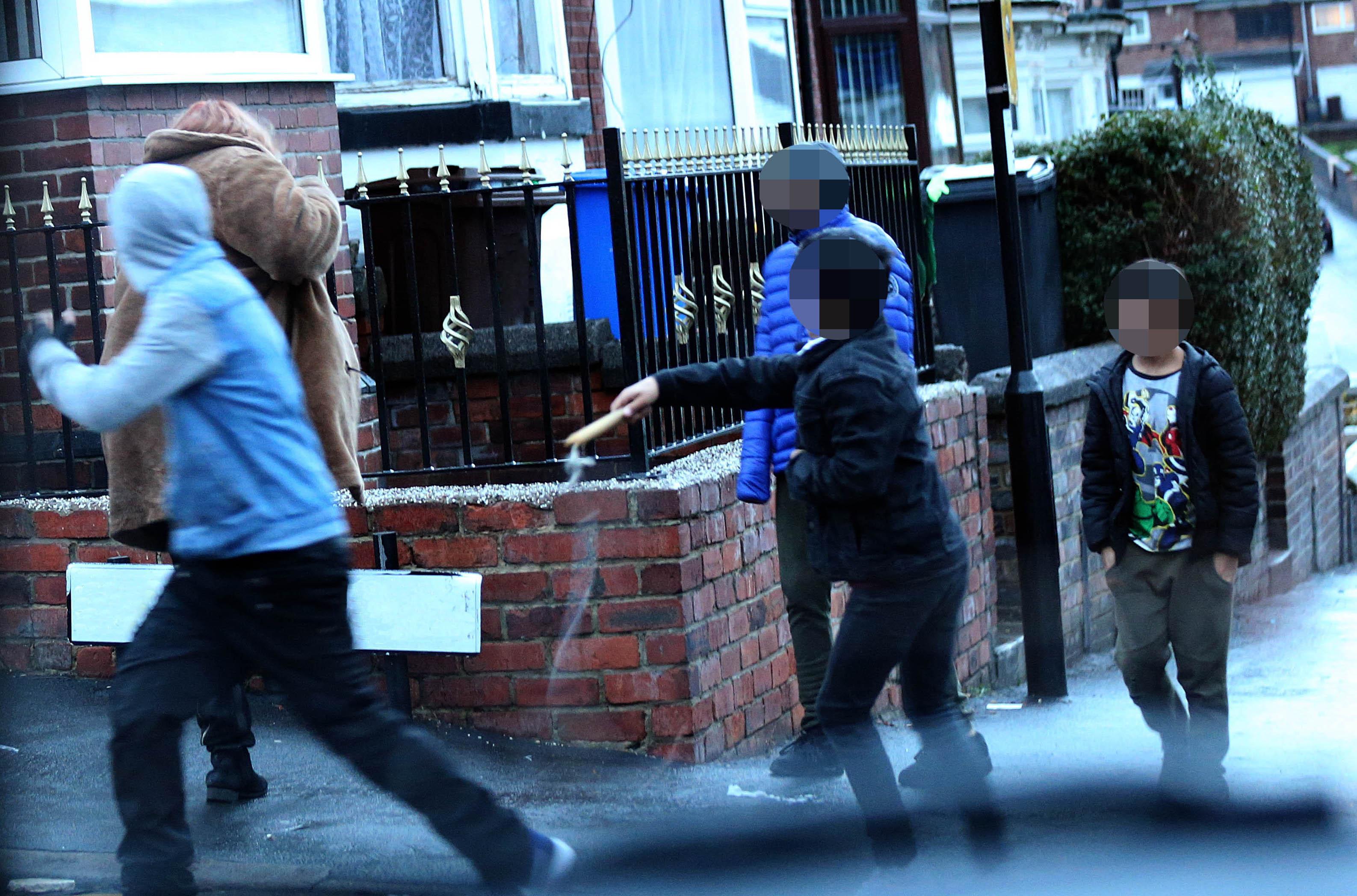 As she hurries for the safety of a friend’s home, one youngster brings down the plaited whip thong as hard as he can on Sharon’s back.

Safely indoors moments later, un-hurt but clearly shaken, she tells me: “I was whipped twice. They threw cans and bits of wood at me. I was worried for my safety — I had a whole gang of them around me.”

After dialling 999, Sharon, 54, tells how she suffers daily abuse in the tension-riven estate after thousands of Slovakian Roma arrived in Sheffield.

I had come to notorious Page Hall amid concerns that community tensions were rocketing here once more. 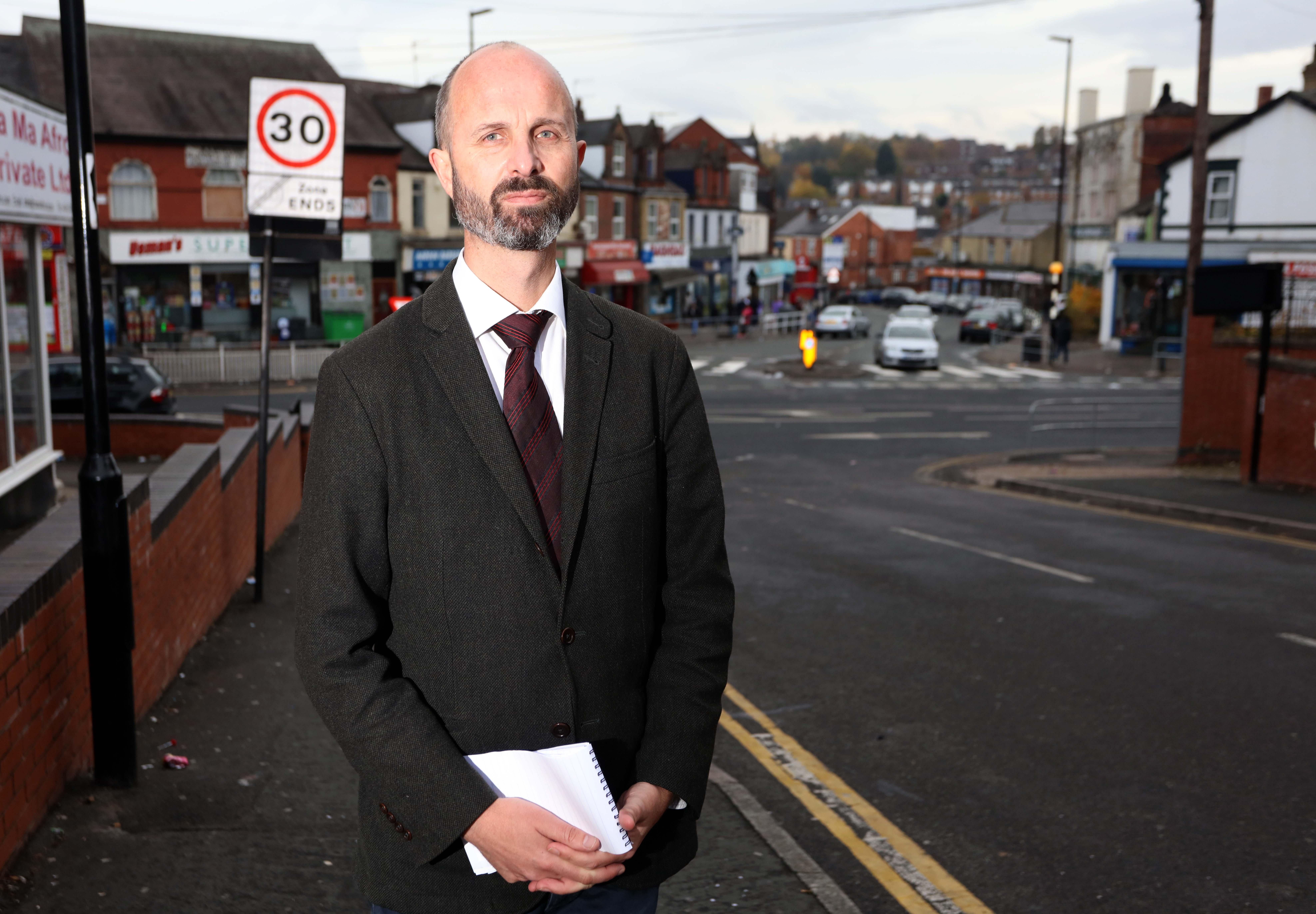 In September a police helicopter, 15 police vehicles and dog handlers attended a disturbance in a school, apparently after a Roma girl ripped a headscarf from a Yemeni classmate.

Dozens of parents rushed to Fir Vale Academy’s gates after false rumours of a knife fight inside the school, with some even trying to scale the fence.

Since EU expansion in 2004, 6,000 Slovakian Roma have arrived in Sheffield. Many have settled in Page Hall, in a richly diverse neighbourhood that includes a large number of people of Pakistani origin.

Soon there was friction. Among complaints levelled at the Roma are claims of groups boozing in the street late at night, drugs, men urinating in public and littering. 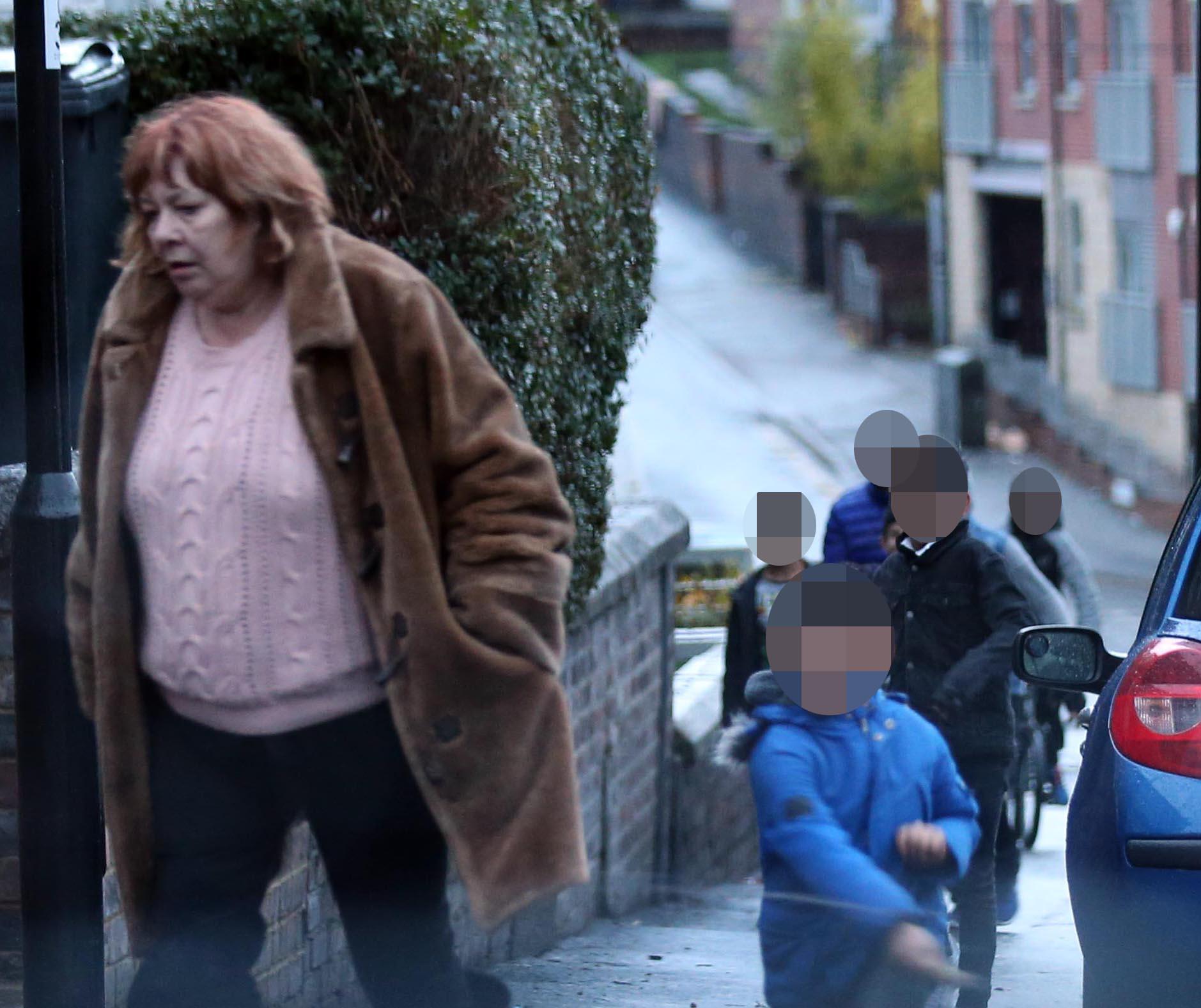 Many of the ramshackle, sub-standard homes that the Roma are crammed into are owned by Pakistani immigrants who have successfully assimilated into the community and are now climbing the property ladder or building small business empires.

Now they too are concerned at the drop in house prices brought about by the criminality, mess and tensions.

Six miles away in Eastwood, a suburb of Rotherham which has also seen an influx of Roma, local MP Sarah Champion said “disreputable” landlords renting to Roma were almost exclusively Pakistani.

She recently attended a meeting of about 40 Eastwood Roma residents who felt victimised in their homes. 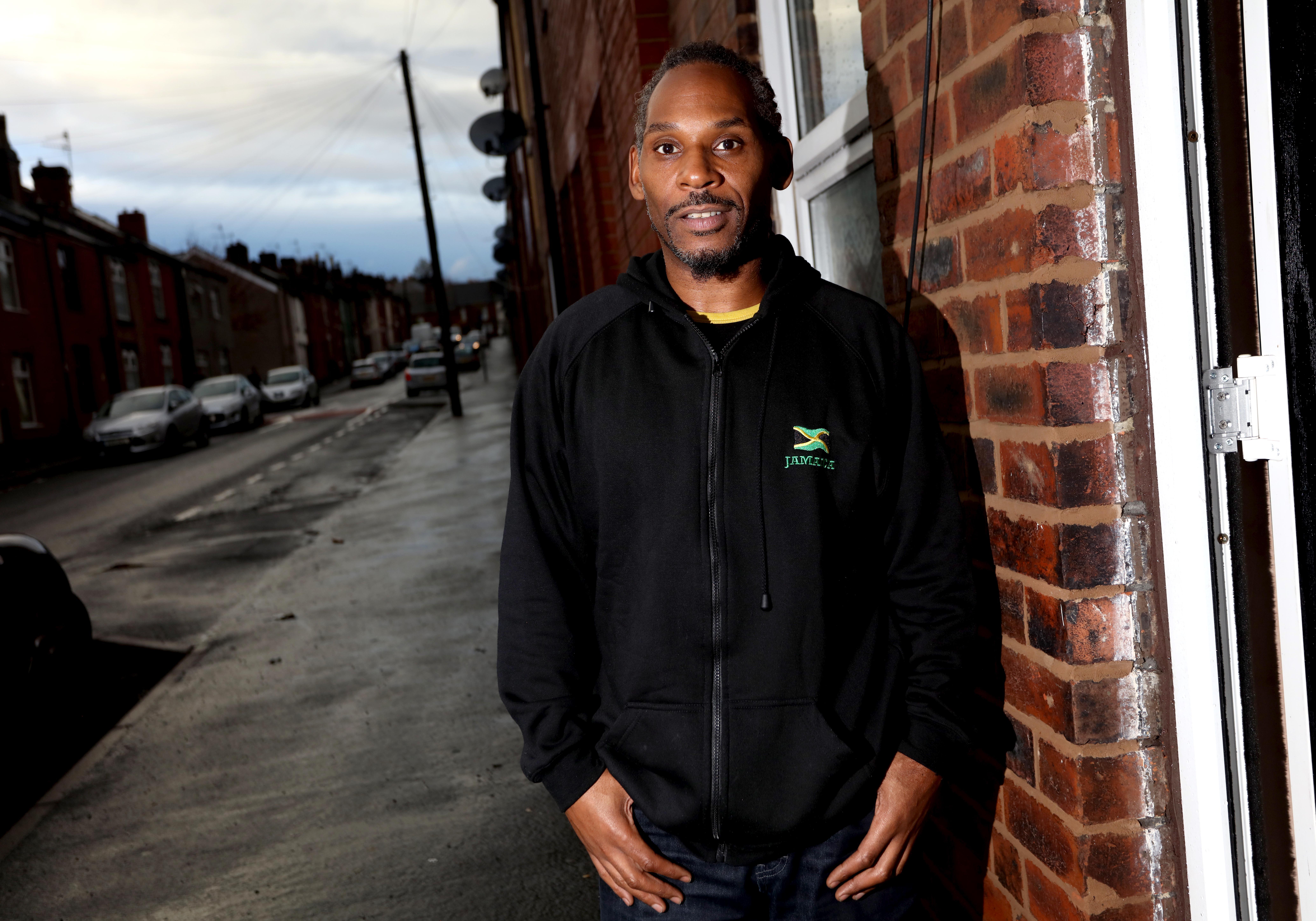 She said: “They talked of bullying and degradation, and they were saying that it was the Pakistanis who were doing it.”

On my visit to Page Hall this week, I was stunned to see young Roma children cracking home-made whips more than a metre long.

Before our meeting, Sharon had visited a corner shop to buy cigarettes after arriving home from work.

A group of Roma children outside in the road — at least two carrying whips with wooden handles and woven string or rope thongs — began to trail behind. 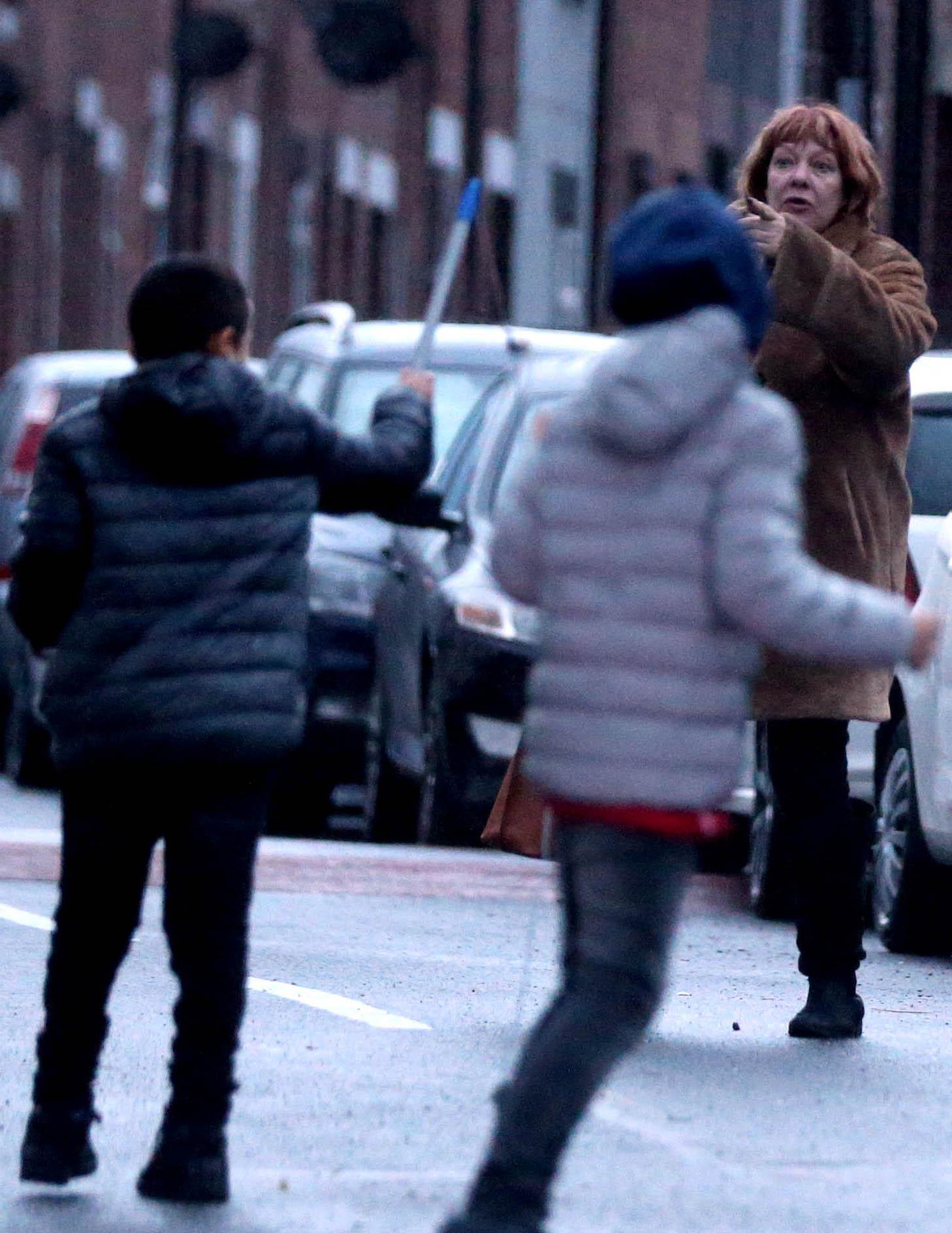 After she was attacked, it was only when taxi driver Tanveer Jan stopped in the middle of the road to berate the children that Sharon was left alone.

The cabbie, whose father came from Pakistan to Sheffield to work in the steel mills, later told me: “I just asked them what they were doing and they ran off.

“Those whips are dangerous weapons. Lots of them make them at home. The police know about it.”

Sharon, manager of a nearby unit for adults with learning disabilities, told me afterwards: “There were around seven kids who looked as young as eight. They meant business. 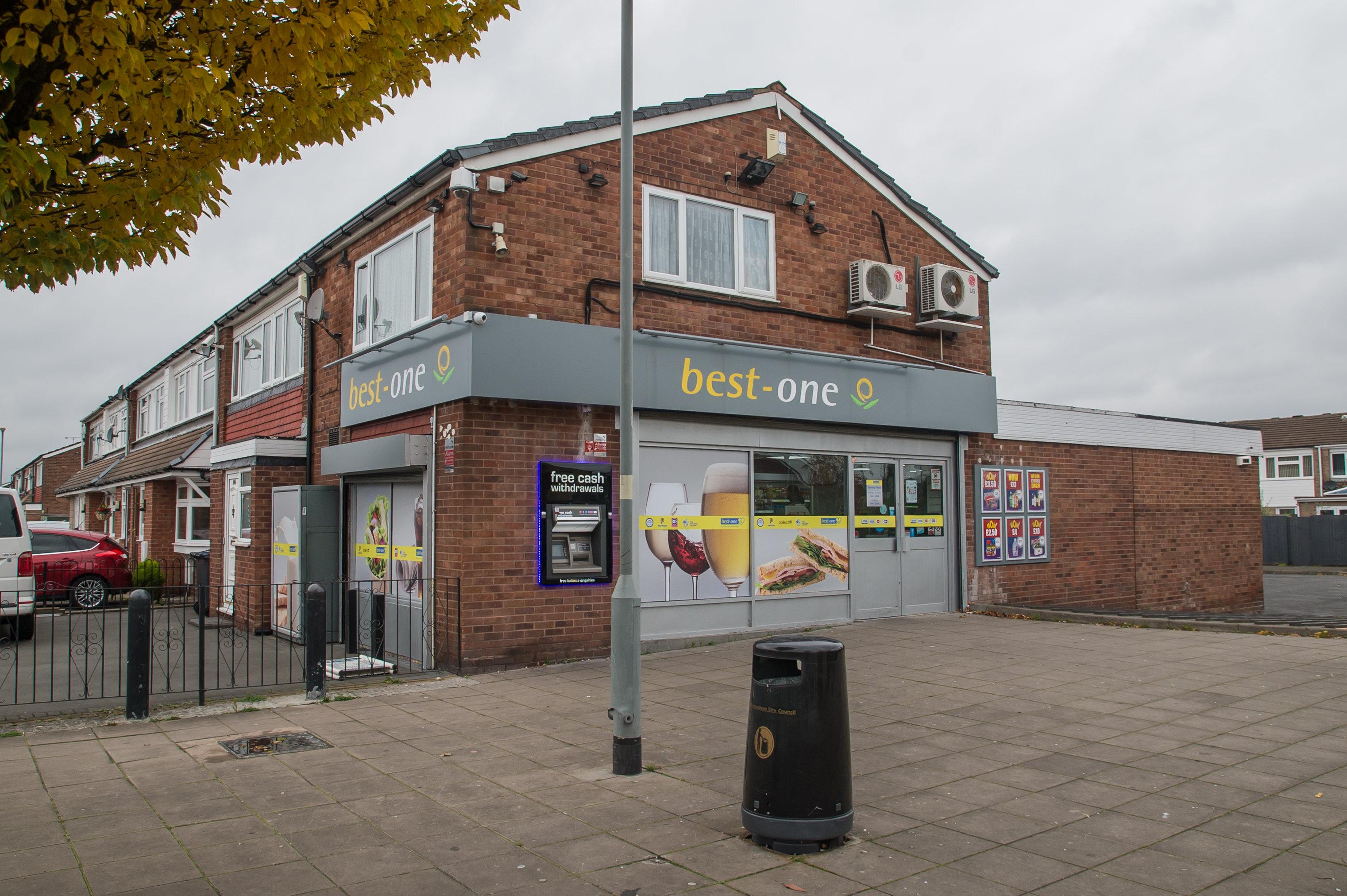 “There’s no parental control. They come back from school, feed them, then chuck them back on to the street and don’t bother watching them.”

Sharon, who said she would like to sell up and buy a retirement caravan on the Yorkshire coast, added:

“The kids have only got to throw something heavy at me that hits my head by mistake or whip me in the eye for me to be hurt.” She said the police failed to turn up to the incident on Wednesday, sending her an apologetic text to say they would be in touch.

Neighbour Kerryanne Wright, a single mum of five, says she has become a virtual prisoner in her home after being targeted by Roma families. 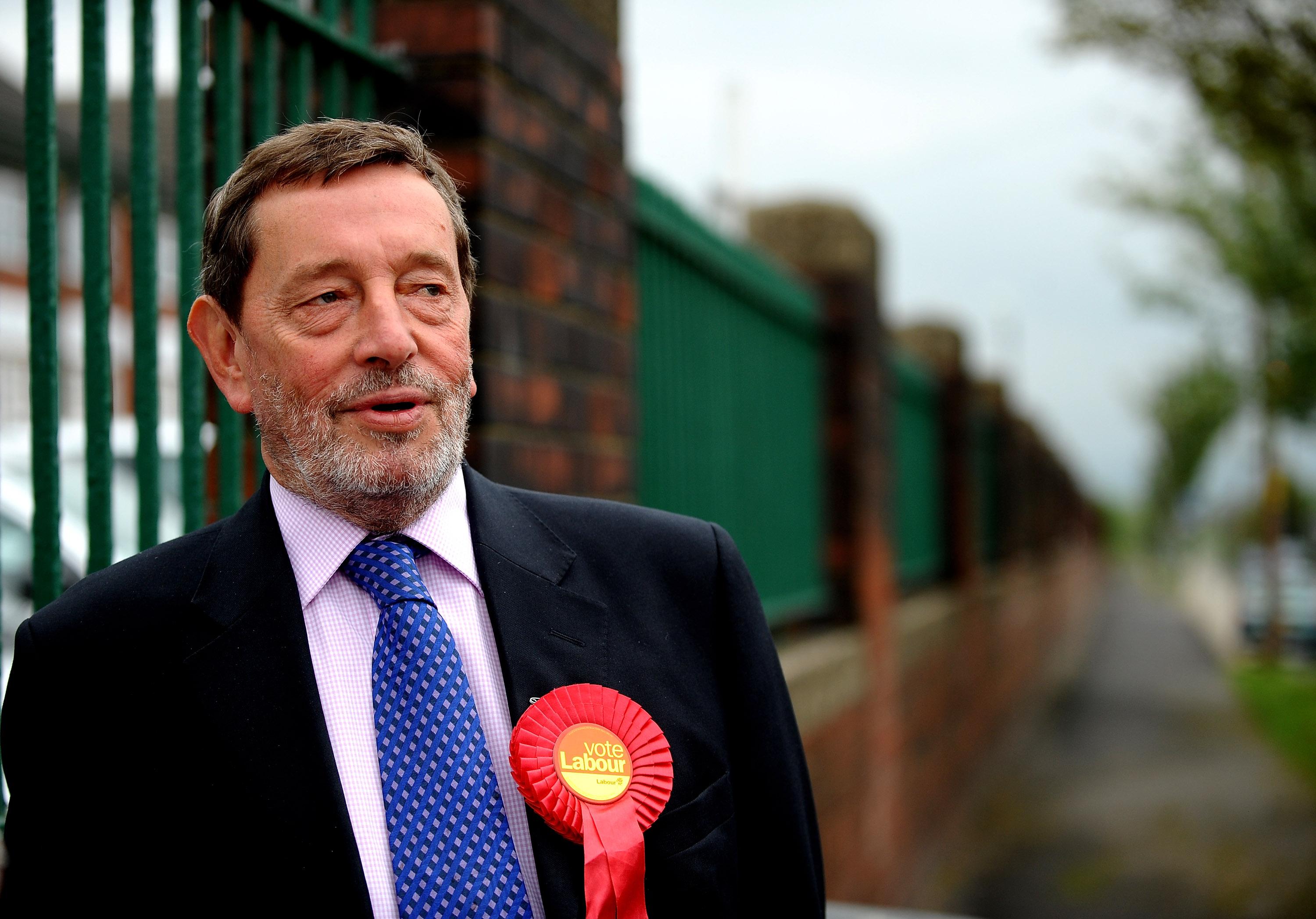 She gazes through her front window, smeared with an egg yolk she says was the result of her home being pelted by Slovakians.

Kerryanne, 38, says: “They chuck rubbish in my garden, they bang on my doors and windows constantly, there’s music on until 12.30am. There’s gangs of men in the street and it stinks of weed. I was punched when I asked for the music to be turned down.

“They put my front door window through. My kids were crying. I’ve got three little ones who are terrified. 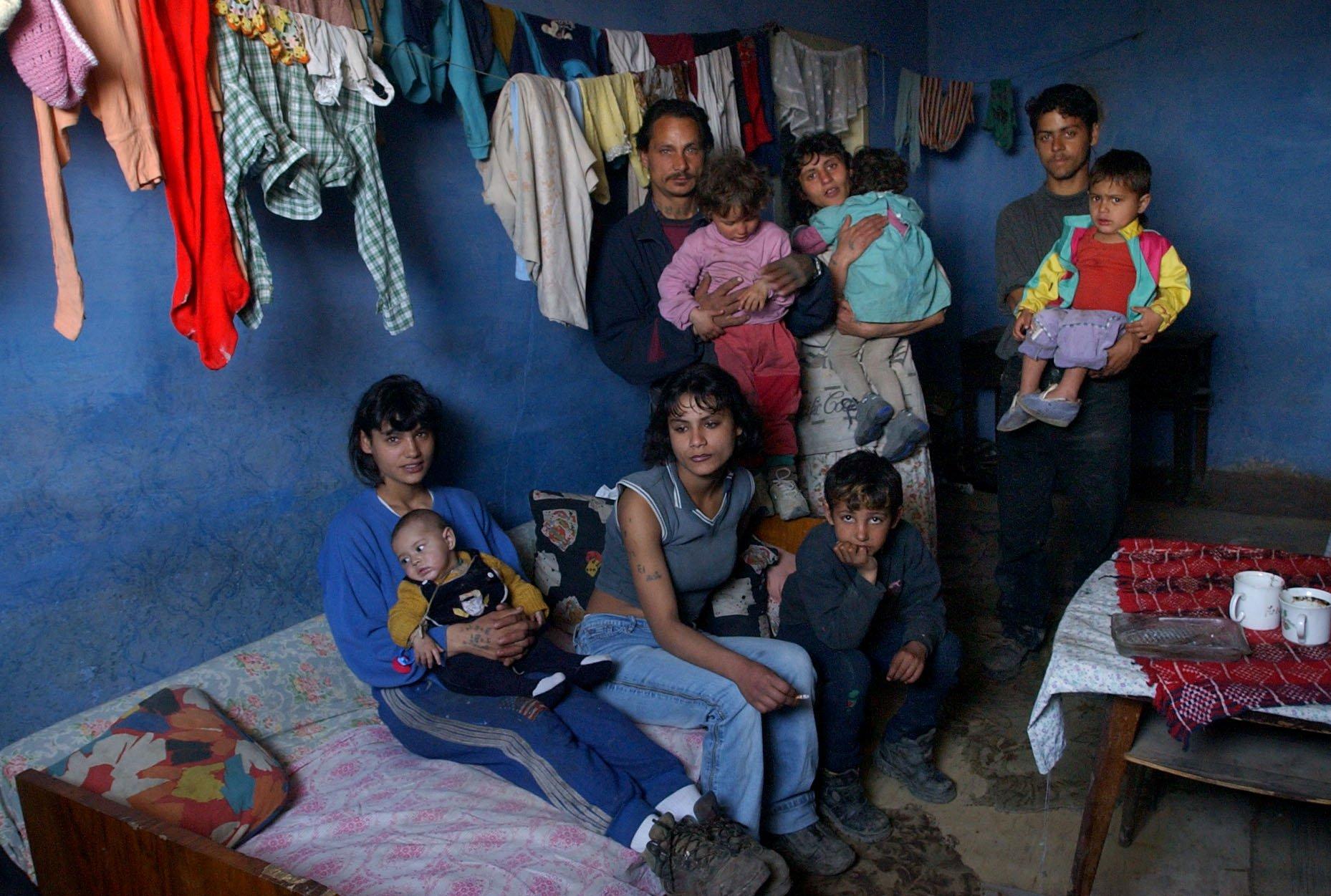 “They tell me to keep reporting what happens to them. People have had enough.”

Many of Page Hall’s Roma come from an impoverished area of Slovakia where they suffered horrendous discrimination.

On the eve of the EU’s eastwards expansion in 2004 I visited a Roma village near the Slovakian town of Kezmarok and was shocked at their living conditions, which wouldn’t have been out of place in a refugee camp.

Families lived in wooden shacks, got water from a communal standpipe and a few holes in the ground were used as toilets for 1,200 people. 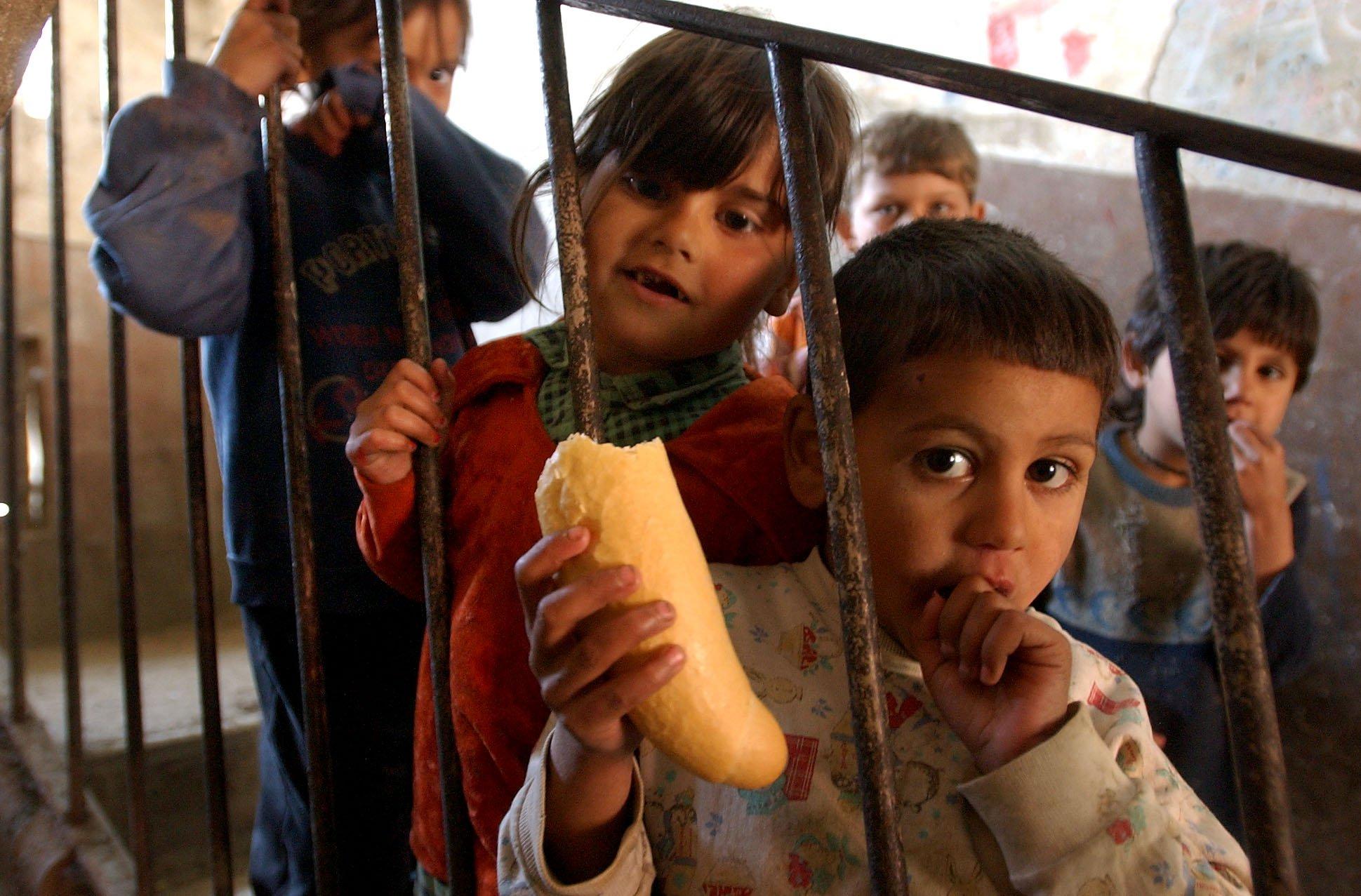 The Roma were excluded from jobs and education, leaving them with a mistrust of authorities.

Unemployment in the village was 98 per cent and men were scavenging in the forest for firewood. Many local Slovakians were openly hostile to them.

So it is little wonder that some of the 200,000-plus Roma who came to the UK have found integration in suburban Britain difficult.

In 2013 former Labour Home Secretary and Sheffield MP David Blunkett gave this controversially stark warning: “We’ve got to change the behaviour and culture of the incoming Roma community because there’s going to be an explosion otherwise. 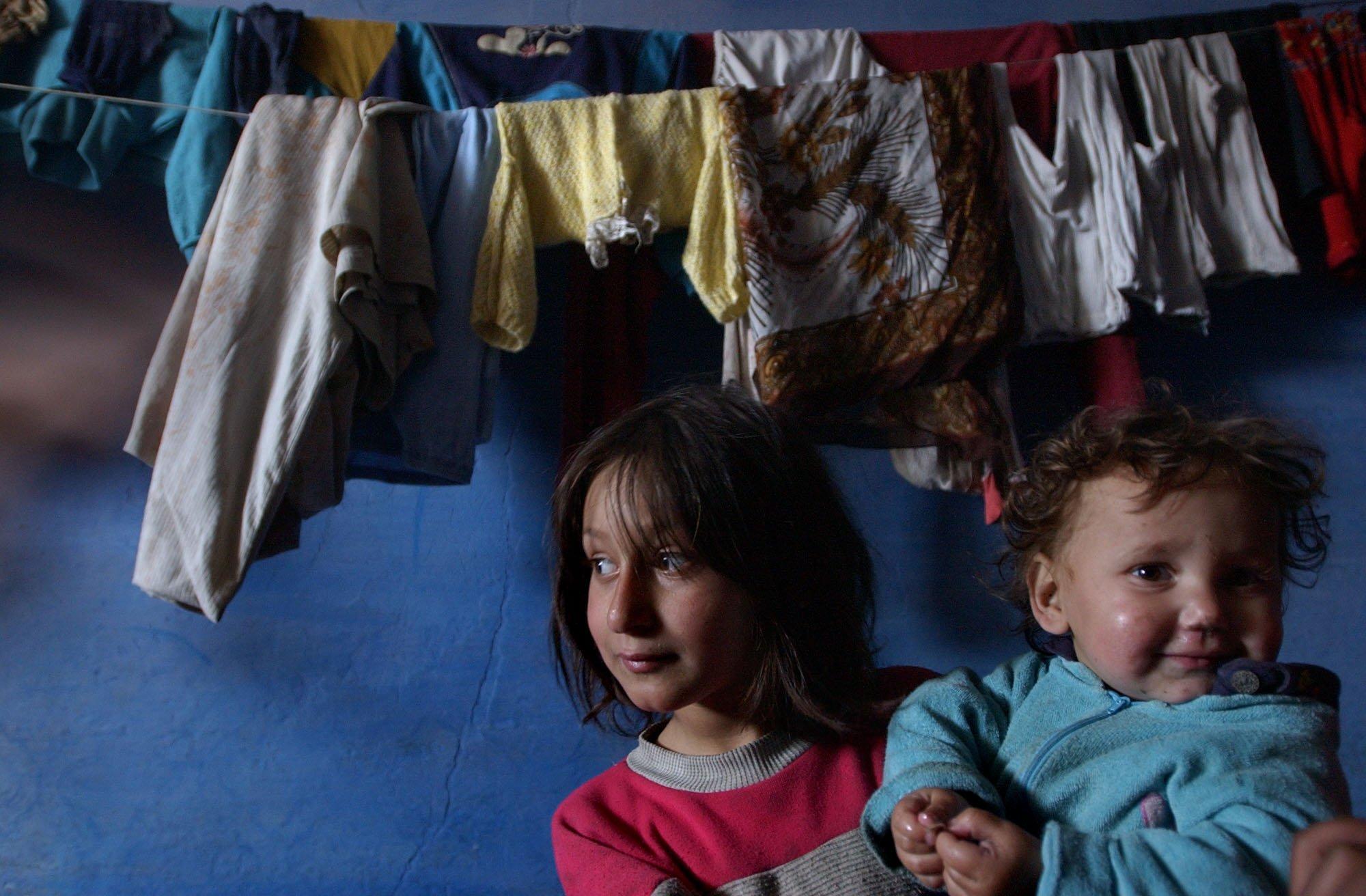 “We have got to be tough and robust in saying to people, ‘You are not living in a downtrodden village or woodland’, because many of them don’t live in areas where there are toilets or refuse facilities.”

Taxi driver Tanveer, whose two children attend Fir Vale, said: “I agree with David Blunkett that this area is a ticking time bomb.

“It isn’t a racial thing, we’re not against all Slovakians. We’ve two Roma families in our road who are absolutely brilliant. They’re working and mixing with the community.

“But a large majority want to live as they did in Slovakia, out on the streets at all hours. People are fed up. We won’t stand for it any more.” Last week he and other concerned locals set up a neighbourhood committee. They have already held talks with police and the council to look at ways to combat anti-social behaviour.

At Page Hall Road’s strip of shops, rubbish litters the pavement. One Pakistani fast food joint’s owner tells me he has to clear it away outside his premises twice a day.

At another store, Kurdish shop worker Shwan Said said: “The rubbish is terrible. There’s rats everywhere.” He said of the Slovakians: “At night they drink and sing outside my house. I’ve got a little child. I’ve asked them to keep it down. Some listen, others ignore it.”

Dad-of-two John Simpson, 48, has lived nearby for 31 years and said: “You can’t open your borders for people, then have no integration policy. People gather on the street because there is nowhere for them to go.”

John, a DJ whose parents immigrated from Jamaica, added: “The only problem I have is with the new craze with the whips. I’ve confiscated three because I’ve got dents in my car and others have got scratches.

“What p***es me off is the parents are just watching from the windows.”

Tomas Tancos, 21, who is from the Roma community, runs the Sheffield Roma Network, which is trying to help Slovakians integrate.

He said: “Where they are from, there is not one single opportunity. No jobs, no education. They were used to living in villages — people were not used to this lifestyle.”

The Network is trying to help the Roma find jobs, learn English and address concerns over litter, noise and anti-social behaviour.

Integration has certainly succeeded locally in the past — since World War Two this part of Sheffield has accommodated immigrants from the Caribbean, Pakistan and Yemen, and more recently refugees from Chile, Somalia, Eritrea, Iraq and Sudan.

So the Network’s action, from within the Roma community itself, may yet prove successful.

‘I Was a Simple Man’ Review: Constance Wu Stars in a Hushed and Haunting Hawaii Ghost Story

This Week In Trailers: Quincy, F**k You All: The Uwe Boll Story, Why Are We Creative?, Queercore: How to Punk a Revolution, Ad Vitam