The Earl of Snowdon, the son of the late Princess Margaret, and his wife the Countess of Snowdon have ‘amicably agreed’ that their marriage has come to an end and will divorce, a spokesman for the couple has said.

The Earl – David Armstrong-Jones – who is known for his high-end furniture company and wife Serena are to separate after more than 25 years of marriage.

The announcement comes after the Queen’s grandson Peter Phillips and wife Autumn revealed last week they are to split.

Born at Clarence House in 1961, the Earl spent much of his early life at Buckingham Palace where he was schooled alongside his cousin, Prince Andrew. 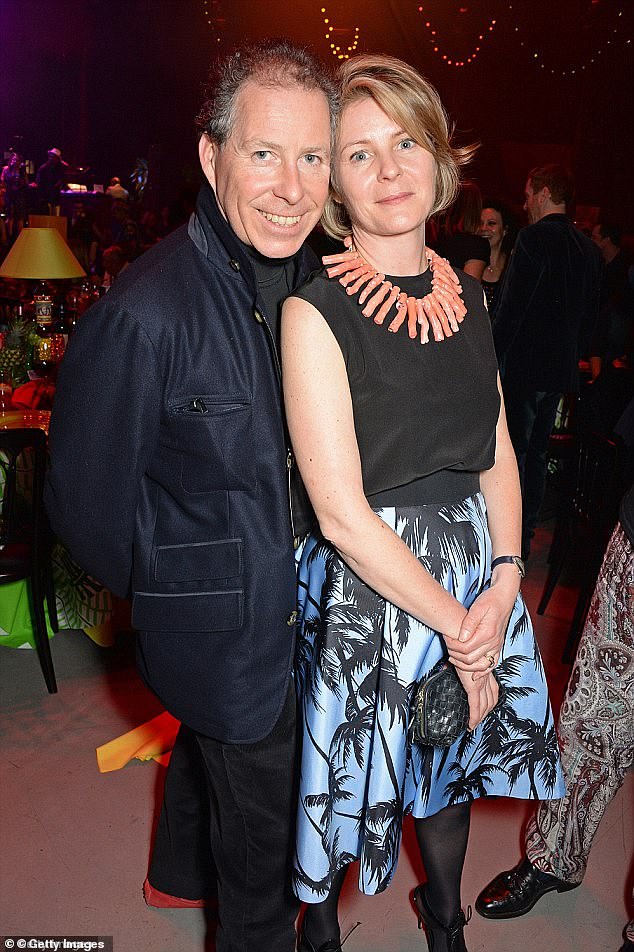 David Armstrong-Jones, 2nd Earl of Snowdon, at a Reggae night with his wife Serena

David was in his late teens when his parents finalised their acrimonious split in 1978, but his father remained close to the royals and even shot the Queen’s official 80th birthday portrait.

Unlike his cousin, David eschewed a military career to carve out a path in furniture design, setting up his own company, now known as Linley’s.

The Queen’s nephew has penned a string of books about furniture and interiors, and his pieces are stocked at luxury retailer Harrods with Elton John and Mick Jagger said to be fans.

He is believed to have inherited much of his mother’s estimated £20million fortune alongside his sister Sarah in 2002, yet lives a decidedly ordinary life, cycling home from work on his bicycle.

Describing his perfect Sunday in an interview with The Telegraph, he said: ‘We have a cooked breakfast and then, if we’re in Gloucestershire, we’ll clamber into the back of an old Land Rover with the dogs and go for another walk. 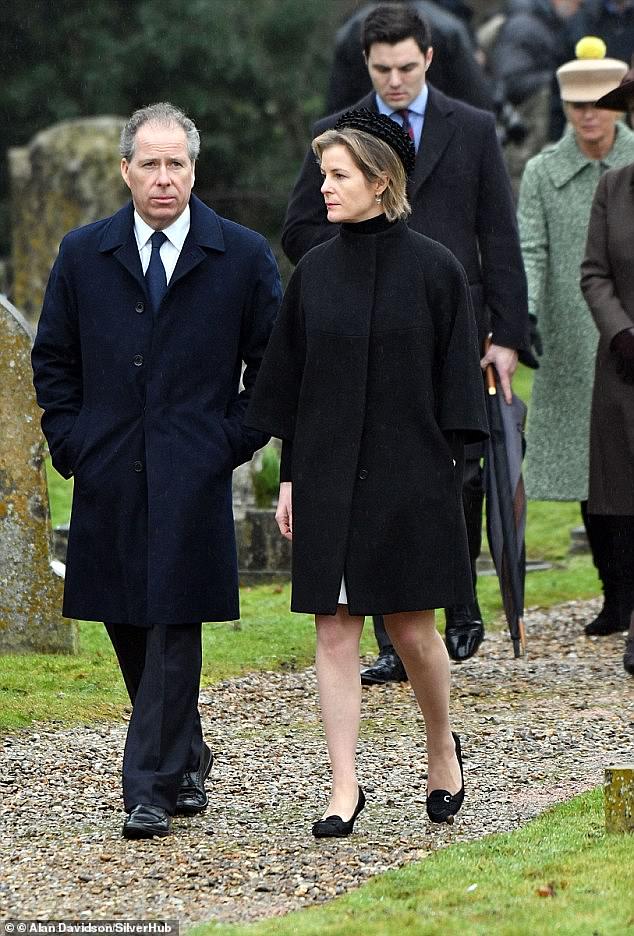 ‘Afterwards we’ll roast a delicious piece of meat or do some baking. I’m a very methodical cook – it appeals to the logical side of my brain. There’s never any washing up to do afterwards: I do it as I go along.’

While he does not have an official royal role, David stood guard at the lying-in-state of the Queen Mother, his grandmother, and occasionally takes part in events such as Trooping the Colour and Christmas at Sandringham.

David, who inherited the title Earl of Snowdon on the death of his father in January 2017, is known as the ‘royal carpenter’ because of his high-end furniture business, Linley. He was fifth in line to the throne when he was born and is now 21st in the line of succession.

He is honorary chairman for Europe, the Middle East, Russia and India of auctioneers Christie’s. He was promoted to the role in 2015 from his former role of chairman of Christie’s UK. 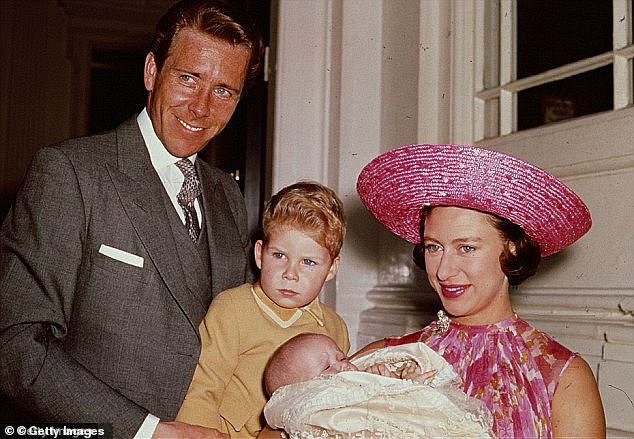 With his parents, Lord Snowdon and Princess Margaret, in 1964. Born in 1961, David spent much of his early life at Buckingham Palace where he was schooled alongside Prince Andrew

Linley was picked by Prince Charles, his first cousin, as number two in his The Prince’s Foundation, a new merger of his charity commitments, in 2018 – an appointment which raised eyebrows as he was chosen ahead of the heir to the throne’s sons William and Harry.

Last night a friend said: ‘David is very, very close to the Queen and Prince Charles. He goes to Sandringham at Christmas and turns up at Balmoral in the summer.

‘He is George VI’s grandson and part of the inner circle of royals.

‘But he is also Mr Non-grand Royal. He turns up on his bicycle wearing a high-vis jacket and gets mistaken for a traffic warden. He is popular and social.

‘And he is the hardest-working royal – albeit not for the Royal Family. He is endlessly abroad through his Christie’s role.

‘He is their go-to rainmaker executive. But all the travel put a strain on the marriage.

‘Serena spends most of her time in Gloucestershire. He lives in Kensington. It’s been a slow drift apart. I think the impetus for the split is with her but she is very sad about it.

‘It is going to be tough for David. Everyone is surprised. Even if things weren’t perfect between them, they are both very family oriented. Their main focus now will be on ensuring that their two children and them remain a family unit even if they are no longer living together as a couple.’

He has been romantically linked to Susannah Constantine and Nicola Fornby in the past, but in 1993 David married Serena Stanhope, daughter of landowner the Earl of Harrington and a distant cousin of Princess Diana, at St Margaret’s Church in Westminster.

The new Viscountess was praised for her Bruce Robbins gown, noted for its resemblance to Princess Margaret’s 1960 Norman Hartnell wedding dress.

Serena, who now boasts the title of Countess of Snowden, opened her own fragrance shop, Serena Linley Provence, selling soaps and candles from the French region, but it closed in 2014.

The family are believed to divide their time between a flat in London’s Chelsea, a ‘tiny’ cottage in Gloucestershire and the Chateau d’Autet in Provence.

They have spent many happy holidays at the Chateau, a 19th-century French hunting lodge, which they bought in 1998 – the same house where the Duchess of Cambridge was staying at when she was photographed sunbathing topless.

Linley was picked by Prince Charles, his first cousin, as number two in his The Prince’s Foundation, a new merger of his charity commitments, in 2018 – an appointment which raised eyebrows as he was chosen ahead of the heir to the throne’s sons William and Harry.

Last night a spokesman for David and Serena said: ‘The Earl and Countess of Snowdon have amicably agreed that their marriage has come to an end and that they shall be divorced. They ask that the press respect their privacy and that of their family.’

Spain earthquake MAP: Tourist hotspot hit – but where in the Costas?