Howard University reached an agreement with their student body Monday after a peaceful 34-days protest in response to campus living conditions.

Students camped outside the university center building after being vocal about their exposure to rats, roaches, mold and mushrooms, while living in the building.

Students used the #BlackburnTakeover hashtag to amplify their reach on social media. 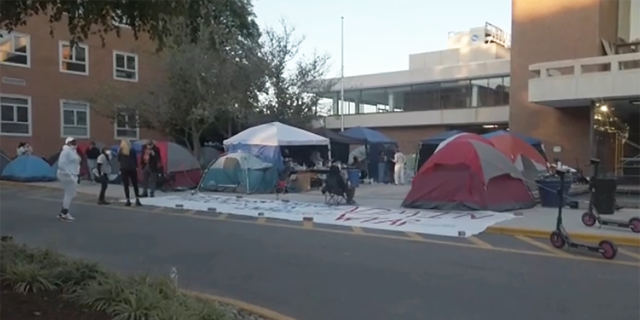 Students are camping out to protest what they describe as unlivable conditions in their dorms.
(Thandiwe Abdullah)

“Howard University is pleased to announce that we have come to an agreement with the students who occupied Blackburn,” said Frederick in a written note on the University’s website. “This is a welcome step forward as we continue to bring together our Howard community.”

While he agreed that “protests drives change,” he was concerned about the type of protest that affects the well-being of students.

“As I have said before, even one issue in one of our dormitories is too many, and we will continue to remain vigilant in our pledge to maintain safe and high-end housing.”

During his annual address on Nov. 5, Frederick says the 41 of 2,700 rooms that had mold happened due to “accidental human error.”

Frederick spared specific details of negotiations between students and the administration. The decision was questioned by Howard students.

The 34-days reportedly marked the longest sit-in protest in the school’s history, while the previous record was 9 days back in 2018, where students issued a list of demands to address the lack of faculty care and engagement in student life concerns.

The protest garnered attention from Civil Rights Leaders, Rev. Jesse Jackson and Martine Luther King III, who joined the students in their protest earlier this month. Jackson however was hospitalized and released after falling, while entering a campus building during his visit.

Frederick did not provide any details as to when the university will address the student’s living conditions.

Tia Mowry-Hardict: No one should have cramps so bad they need an ambulance