HS2’s huge Tunnel Boring Machines (TBMs) have continued to rip through stunning English countryside as they plough yet more concrete into the earth.

The £100billion high-speed network’s latest phase tore two enormous holes for 10 miles under the much-loved Chilterns near the picturesque village of West Hyde in Hertfordshire.

Aerial pictures showed the devastation caused by the 557ft TBMs – called Cecilia after astronomer Payne-Gaposchkin and Florence after nurse Nightingale – as acres of greenery were turned into a building site.

Furious campaigners argued HS2 – which will run between London and Birmingham – poses ‘a grave threat to the UK’s ancient woods, with 108 at risk of loss or damage’.

But the firm blasted back that only 0.29 square kilometres (0.11 square miles) of ancient woodland will be lost during the first phase.

Meanwhile the rail industry is bracing for a downsizing of a major section of HS2 due to the project’s ballooning price tag amid the economic impact of the pandemic. 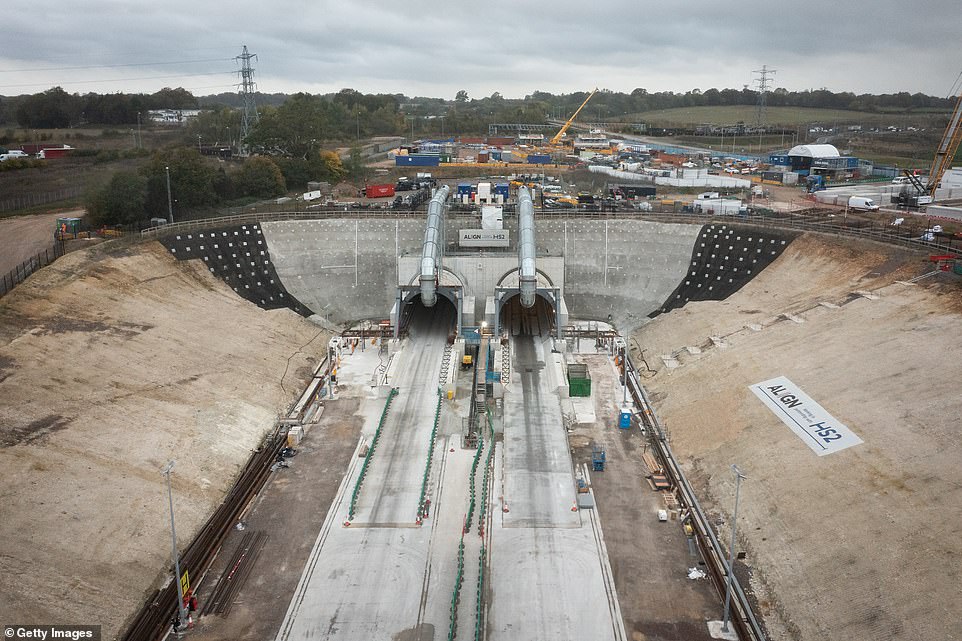 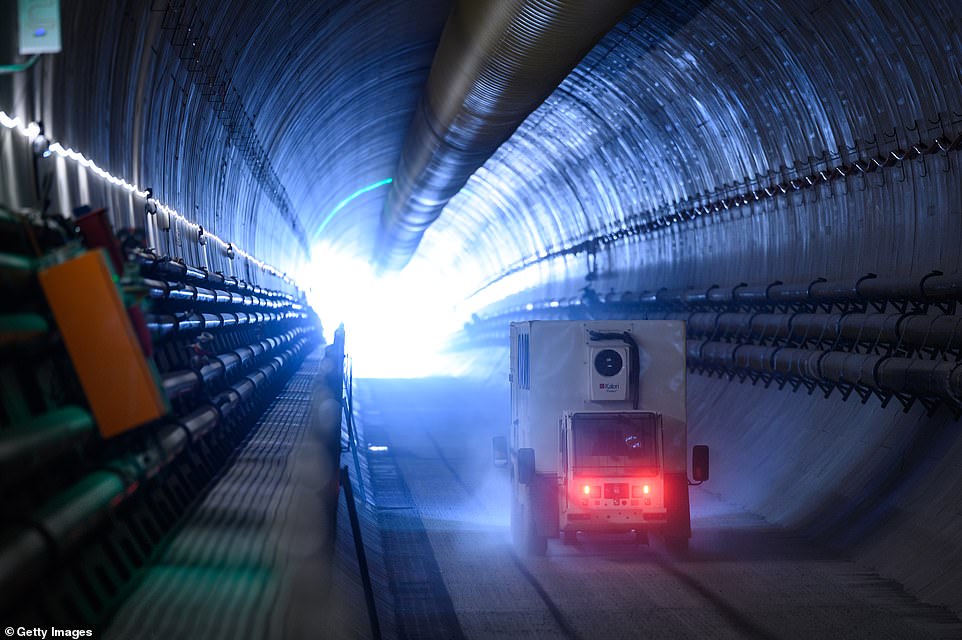 Is there light at the end of the tunnel? The £100billion high-speed network’s latest phase tore enormous holes for 10 miles under the much-loved Chilterns near the village of West Hyde in Hertfordshire 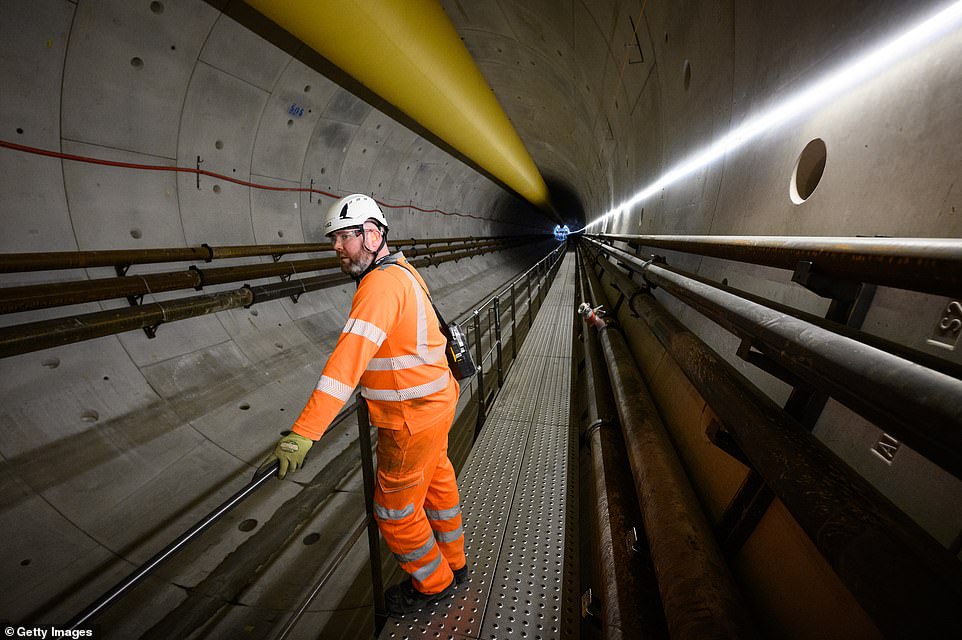 A member of the HS2 team pauses on a stretch of the tunnel as he walks towards the Tunnel Boring Machine (TBM) named Cecilia, after astronomer and astrophysicist Cecilia Payne-Gaposchkin, yesterday 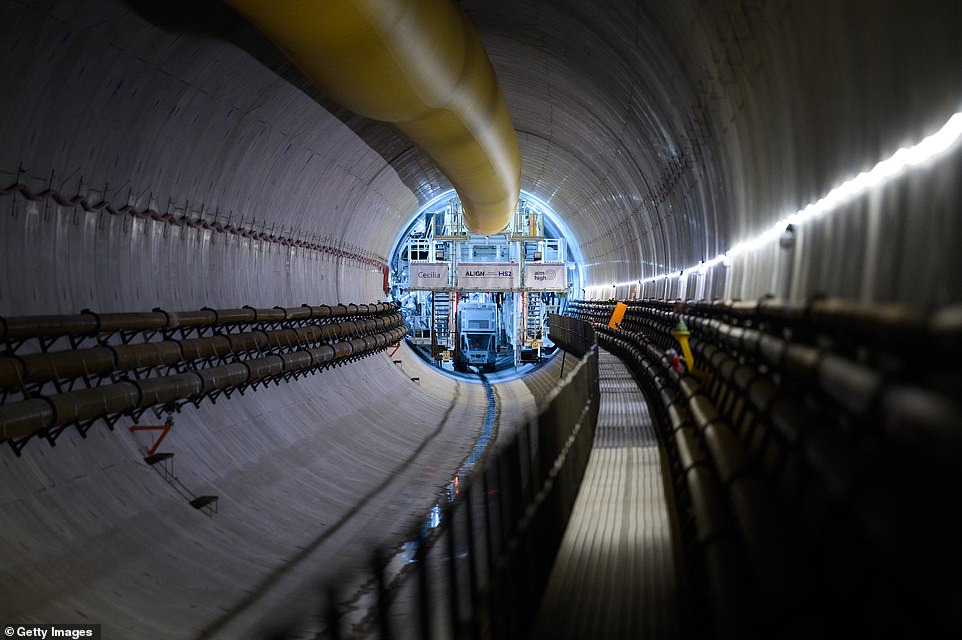 A dramatic photograph shows the tunnel leading up to the monster Tunnel Boring Machine being used to dig for HS2. The rail industry is bracing for a downsizing of a major section of HS2, together with the project’s ballooning price tag – especially after the economic harm of the pandemic 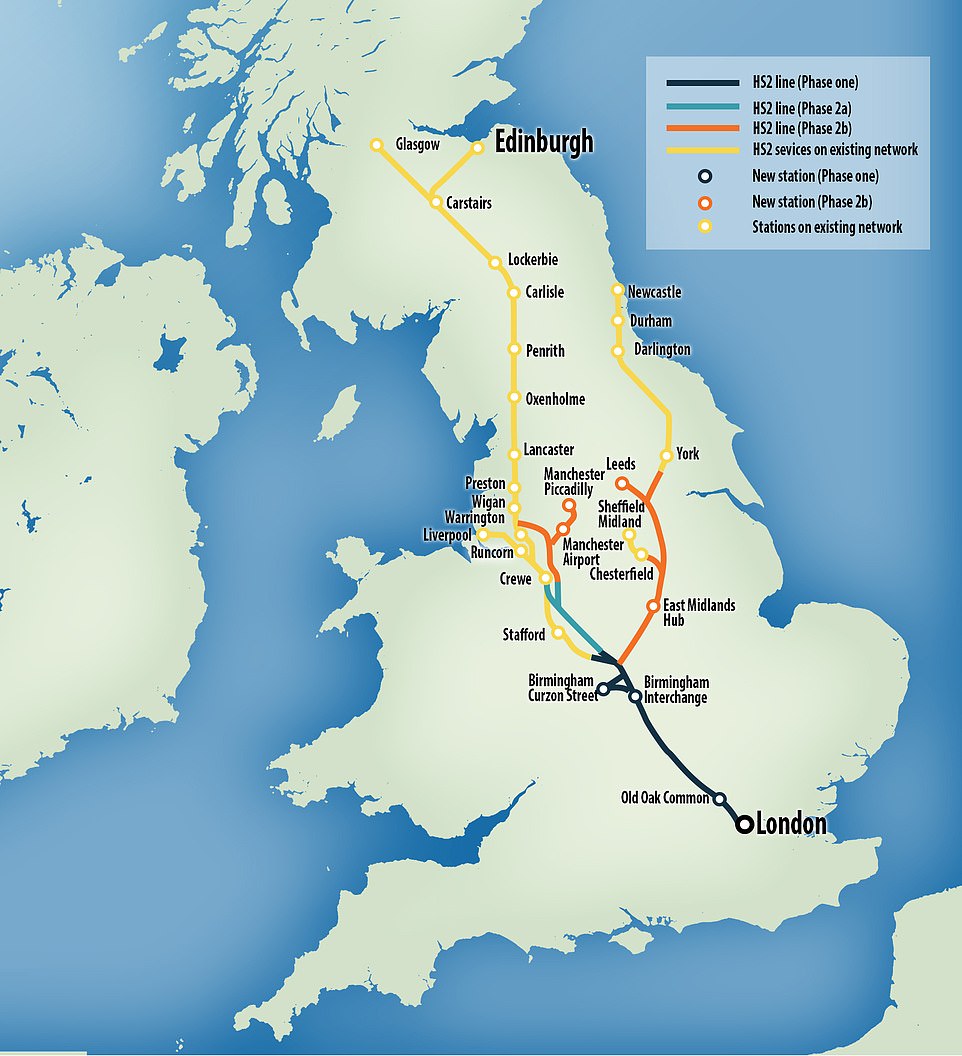 The cost of the controversial HS2 high-speed rail project has increased by a further £1.7billion over the past year due to social distancing measures and work suspensions caused by the pandemic.

Similar pressures have been reported by industry experts in projects ranging from Crossrail and the A303 Stonehenge tunnel to the Tideway tunnel and the Hinkley Point C nuclear power plant in Somerset.

As a result of work suspensions, social distancing measures, and reduced productivity over this year, costs have soared by around £1.7billion – another increase on the project’s estimated £106billion budget.

Opposition to the project is mounting, with local anger contributing to the Tory by-election defeat in Chesham and Amersham. The new line is due to run through the Buckinghamshire constituency. 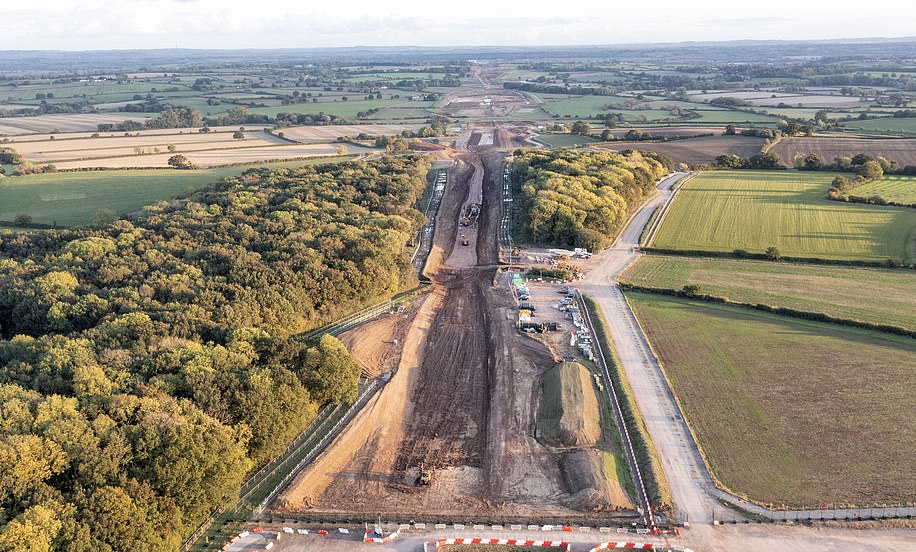 Tunnelling work is due to begin in Long Itchington Wood (pictured), Warwickshire, as part of phase one of the HS2 high-speed rail line, which will run between Birmingham and London

The costs associated with Phase 1 of the line between London and Birmingham have increased by as much as £800million, people close to the project told the FT.

That increase follows an £800million rise announced by HS2 in October, including money spent on remediating the terminus site at Euston in London.

The price of the Birmingham Interchange station also rose by £100million to £370million even before contractors have been appointed.

One contractor close to the project said that HS2 Ltd, the state-funded body responsible for delivering the line, ‘doesn’t really know how much Covid has added’. HS2 Ltd declined to comment when approached by MailOnline.

Construction started on Phase 1 of the London to Birmingham line in August last year after more than a decade of planning. But the ballooning costs could add to Treasury fears that HS2 will be a black hole for taxpayers.

The Department for Transport conceded to MailOnline that there had been ‘unavoidable costs’ arising from the coronavirus pandemic.

4 Ways to Start Being a More Thoughtful — and Sustainable — Consumer

Outlander: How long does it take to plan Jamie Fraser fight scenes? Star reveals all

The winners and losers of Rishi Sunak's Budget as TV characters