On Wednesday, a blue diamond at a Hong Kong auction house achieved one of the highest prices for any diamond on the open market. The "De Beers Blue" diamond sold for $57.5 million, Sothebys auction house confirmed.

The diamond is a 15.10 carat step-cut Fancy Vivid Blue diamond, according to the auction house, which is the largest diamond of its kind to be placed on the open market. Before the auction, the diamond was estimated to sell for $48 million.

But the gem didn't go without a fight. A bidding war between four participants lasted for eight minutes before the diamond was finally sold. The auction winner who successfully purchased the diamond was an unnamed client represented by Wenhao Yu, chairman of Jewellery and Watches at Sotheby's Asia.

"This diamond ranks as one of the best De Beers has ever seen," De Beers Group CEO Bruce Cleaver said in a statement, calling it "extremely rare and unique,." 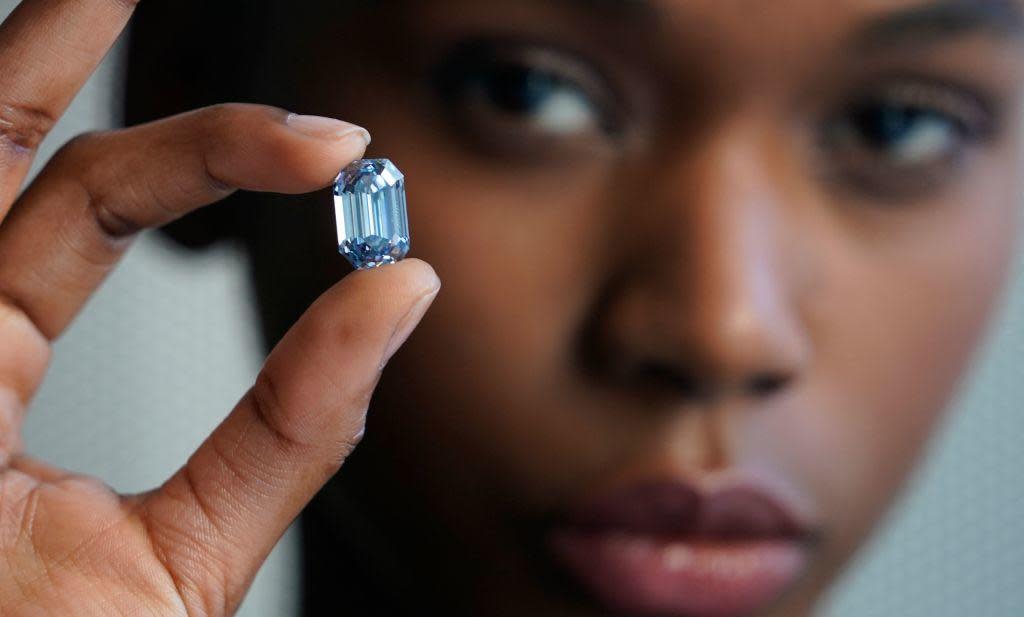 The record for most expensive auctioned diamond of all time still remains with the "CTF Pink Star," a fancy vivid pink diamond sold in 2017 for $71,175,926.

"The De Beers Blue captivated me from the moment I laid eyes on it. With its powerful vivid color, and breathtakingly beautiful cut, it is truly a once-in-a-generation stone, and quite simply the greatest blue diamond of its size I have ever seen during my 31-year-career at Sotheby's," Chairman of Sotheby's Asia Patti Wong said in a release Wednesday.

According to Sotheby's, Wednesday's gem was cut from stone taken from the Cullinan Mine in South Africa in 2021. Blue diamonds are considered exceptionally rare, according to the auction house, and the clarity, size, carats and color of the "De Beers Blue" make its existence and sale a "landmark event."

UAE's Hope probe send back its first image of Mars