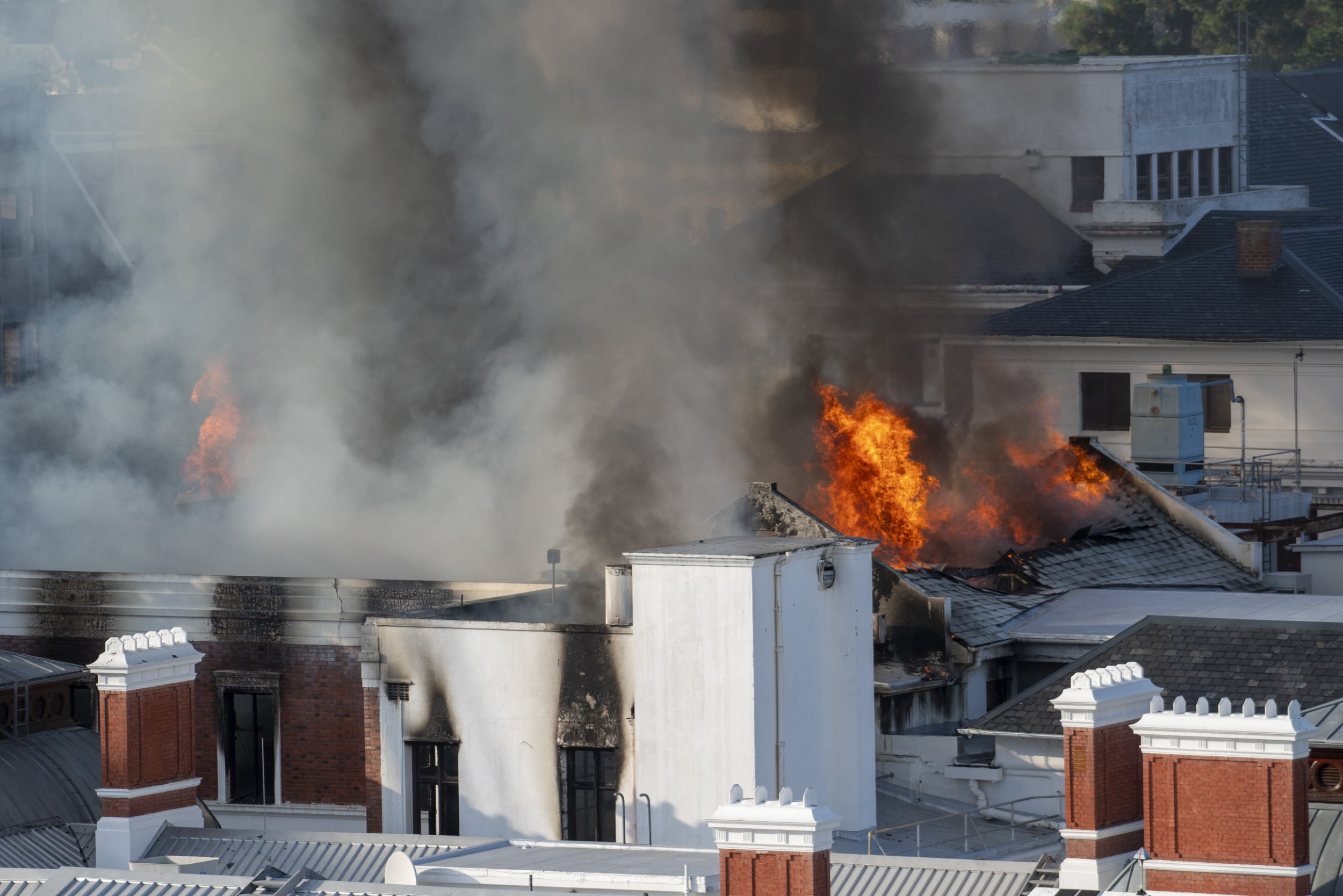 A huge fire has erupted at South Africa’s Parliament sending dark plumes of smoke into the sky above Cape Town.

The fire broke out on the third floor of an office building and spread to the National Assembly, where MPs sits.

Minister Patricia de Lille said: ‘The fire is currently in the National Assembly chambers. This is a very sad day for democracy for Parliament is the home of our democracy.’

No injuries were reported as 35 firefighters battled the blaze, believed to have started at 6am.

South African President Cyril Ramaphosa and many high-ranking politicians were in Cape Town for Archbishop Desmond Tutu’s funeral, which took place nearby at St George’s Cathedral on Saturday.

Ms De Lille confirmed the fire crews now ‘have the situation under control’.

It was feared parts of buildings, first built in the late 1800s, might collapse due to the heat.

‘The bitumen on the roof is even melting, an indication of the intense heat. There have been reports of some walls showing cracks, which could indicate a collapse,’ fire service spokesman Jermaine Carelse said.

The Parliament complex was cordoned off as police closed roads and blocked-off areas where people had left flowers and other tributes to Tutu.