Christchurch: At least 400 people could have been exposed to the new coronavirus after attending services and a wedding at an Auckland church, health officials say.

It comes as a further seven cases of COVID-19 were reported in New Zealand on Thursday.

On Wednesday, health officials announced five known COVID-19 cases had been linked to Mount Roskill Evangelical Fellowship. That number has since grown to eight. 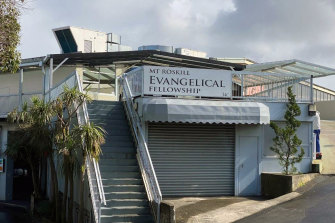 At least 400 people may have been exposed to the virus after attending events at the church.Credit:Ricky Wilson/Stuff

Director of Public Health Dr Caroline McElnay said there were at least 400 people at the wedding and at least 200 at each church service. It is not known if the same people attended multiple events.

Director-General of Health Dr Ashley Bloomfield called the church cases a "mini cluster" at first as they had not been epidemiologically linked to other cases.

Testing has since confirmed three cases are epidemiologically linked to the Auckland cluster – and health officials expect all the cases will link.

All eight cases linked to the church link to each other.

McElnay said it was unlikely the church cases were a source for the current outbreak. The source remains a mystery. 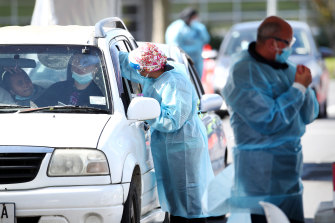 A nurse completes a COVID-19 test at the Mangere Town Centre testing centre in South Auckland on Tuesday.Credit:Getty Images

However, she said it is believed someone from the main cluster attended an event at the church.

“ARPHS is grateful for the help of the church, who are providing their full support to the service’s efforts to identity those who attended [the events],” a spokesperson said.

A church representative directed all queries to ARPHS when contacted.

New Zealand’s 102-day streak without cases of community transmission was broken on August 11, when a family of four from south Auckland tested positive for Covid-19.

The outbreak prompted the Government to put the Auckland region into level three lockdown, while the rest of the country moved to alert level two.

On Monday, the Prime Minister announced Auckland would remain at level three until Sunday.