Home » World News » Hundreds of US troops heading to the border to deal with migrant caravan, official says 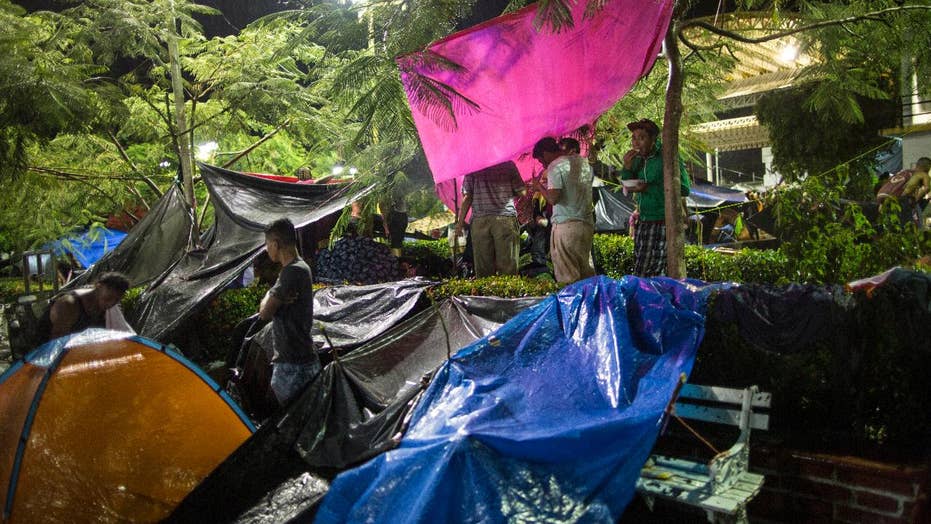 The migrant caravan from Central America grows as it slowly moves toward the U.S.; insight from Jessica Vaughan, director of policy studies at the Center for Immigration Studies.

Hundreds of U.S. troops are set to make their way to the southern border to help Homeland Security and the National Guard as a caravan with thousands of migrants pushes north with the goal of crossing into America, a U.S. official confirmed to Fox News on Thursday.

The official said roughly 800 soldiers will be sent to the area to offer “logistical support," including providing tents and vehicles.

It’s not immediately clear which units are being tasked with the mission as details are still being finalized.

Defense Secretary James Mattis could sign the deployment orders as soon as today.

There are currently 2,100 National Guard troops on the southern border assisting Homeland Security.

President Trump tweeted Thursday morning that "I am bringing out the military for this National Emergency. They will be stopped!"

The migrant caravan as of Thursday is still in southern Mexico, more than 1,000 miles away from the nearest entry point into the U.S. Its size is estimated to be around 7,000, but many of those currently walking are suffering from exhaustion, dehydration and heat stroke.

Some also told Fox News they fear getting attacked if they hop on a cargo train or getting deported if they take a bus.

“They are going to walk as long as they can,” said caravan member Brian Colindres, “or as far as they can.”

A majority of those walking say they are looking for a better life north of the border are fleeing poverty and violence in Honduras, where the caravan originated. They are exhausted and unaware of what will happen – but they remain optimistic.

Pose Season 3: What We Know So Far

'The Bachelorette': Clare Crawley Threatened to Quit the Show Because She's Already Fallen in Love with This Contestant