Syrian refugee was found guilty of an ‘act of terror’ in 2016 after a riot on the Serbia-Hungary border in 2015. 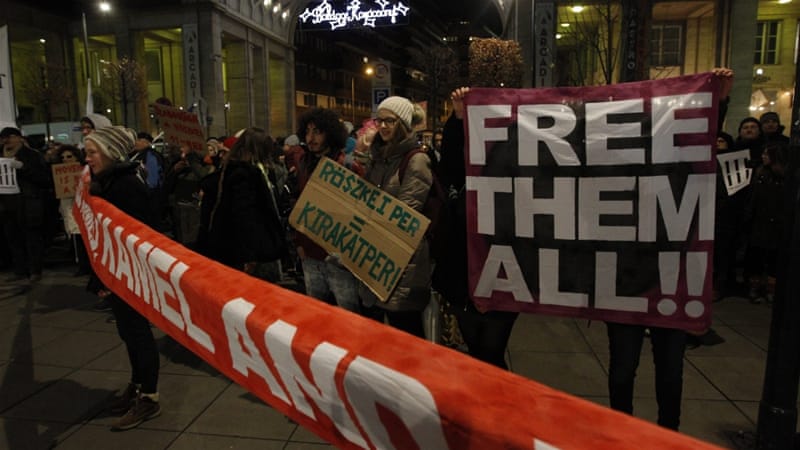 Hungarian courts have extended the retrial of a Syrian refugee who was convicted of “an act of terror” after an altercation with police on the Hungary-Serbia border crossing in 2015.

The refugee, identified as Ahmed H, was give a 10-year prison sentence in November 2016 after a conviction based on Hungary’s anti-terrorism law – which Amnesty International calls “vague” – for throwing stones at Hungarian police, using a megaphone to speak to the crowd of refugees on the border and allegedly helping to open a gate that allowed refugees to cross the frontier.

The trial will resume on March 14, with a verdict expected on March 19. The verdict was originally expected to be delivered on Friday.

Eda Seyhan, Amnesty International’s campaigner on counter-terrorism in Europe, told Al Jazeera over the phone from Hungary that his conviction was an indicator of the anti-refugee stance of the Hungarian government.

“It’s important to note that these things are very mixed, the vilification of refugees and migrants and the ramping up of anti-terrorism laws,” Seyhan said.

In June, an appeals court ordered a retrial, saying that not all evidence may have been considered in the first trial.

Ahmed H was attempting to help his elderly parents leave Syria and cross into the European Union through Hungary’s border with Serbia at the Roszke crossing, near the Hungarian city of Szeged.

In videos of the incident, the refugee and father, who was residing in Cyprus with his family at the time of the crossing, is seen telling police with a microphone that the asylum seekers “came in peace” and would not hurt officers.

Eventually, Hungarian police responded with tear gas and a water cannon. Many of the asylum seekers then threw objects at police.

According to videos shown in court, Ahmed H admitted to throwing two stones. However, it is unclear whether the Hungarian court will consider stone-throwing to be “an act of terror”.

Much of the evidence being reviewed at the trial consists of video footage and witness testimony from police officers.

“None of the witness statements substantiate the charge,” Seyhan said.

Hungary’s ruling Fidesz party has maintained a hardline stance against refugees and migration since refugees began arriving in larger numbers in 2013 and 2014.

On Wednesday, the official Hungarian government Facebook page published a photo gallery of the events at Roszke that landed Ahmed H behind bars, entitled “Ahmed H is a terrorist”.

The images contained in the gallery show the accused speaking to police with a megaphone from behind a barricade, hand raised in the air. Ahmed H is also seen speaking to refugees on his side of the barricade. 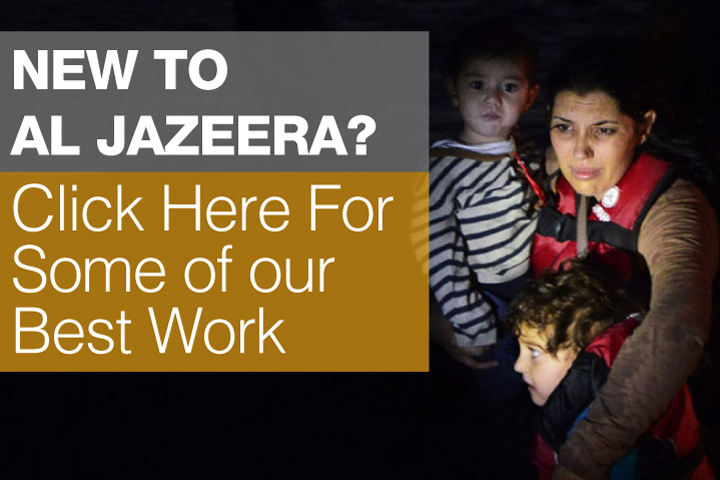 Further images show the aftermath of clashes between the groups. Ahmed H is not seen in these photos. The accused is also seen walking into a courtroom, handcuffed and escorted by masked Hungarian guards.

This was how Ahmed was escorted into court over the last week during the three hearings of his retrial.

Pal Volner, the parliamentary secretary of the Hungarian Ministry of Justice, has said that there “is no doubt that a terrorist act” can be found in Ahmed H’s actions, including his throwing of objects at police officers.

Andras Lederer, the information and advocacy officer at the Hungarian Helsinki Committee (HHC), a human rights organisation and the only group that provides high-level legal advice to refugees for free, told Al Jazeera that refugees are facing a tough situation.

HHC is involved with several cases involving refugees, but not that of Ahmed H.

In March 2017, Hungarian law was changed to only accept refugee applications at two locations on the border and “only five a day, on working days” Lederer explained. As such, 50 asylum applications are allowed to commence in Hungary every week, Lederer said.

The application process can take years, and courts can refer cases back to immigration officers, essentially restarting the process. All asylum seekers are detained until the process is completed, which “essentially allows for indefinite detention,” Lederer said.

According to Hungarian government figures through November, 1,216 asylum seekers were granted protection and 2,880 applications were rejected.

Hungary also blocked entry of or deported nearly 22,000 migrants in that same period.

Ahmed H is the only refugee during years of the crisis to be charged with an “act of terror” in Hungary under Fidesz leadership.