Home » World News » Hunt for man who stole a £40,000 bassoon accidentally left on a train

Hunt for man who stole a £40,000 custom-made bassoon accidentally left on a train by a musician

Police are attempting to track down a thief who stole a £40,000 bassoon accidentally left behind on a train by a professional musician.

A fellow passenger lifted the highly prized instrument after the owner, Stuart Russell, mistakenly left the carriage without taking it with him. 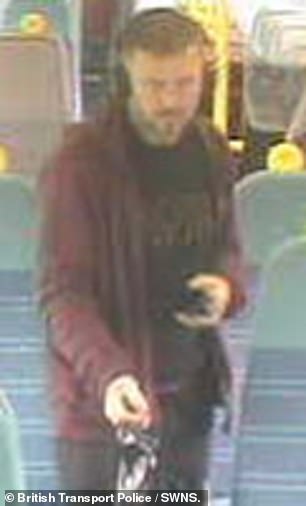 Police say this man could have information relevant to their investigation

British Transport Police have released images of a man they want to question regarding the theft of the woodwind piece on the Lewes to Brighton service in East Sussex on October 19.

Mr Russell had placed the classical instrument in the overhead luggage compartment but he forgot to retrieve it when he left the train at Brighton just after 2pm.

As he walked away, he realised his mistake and rushed back to the platform but the train had already departed back to Lewes, police said.

Another passenger, who noticed it had been left behind, lifted the bassoon and got off at Southwick, West Sussex.

Mr Russell posted on Instagram: ‘The bassoon is an unusual instrument. It is a custom-made professional gentleman model bassoon made by Ben Bell (Canada) in 2013.

‘[It has] serial number 116 and is stamped ‘made In Canada’ on the joints.

‘This is a precious and personal instrument to me. Any knowledge of its whereabouts please contact me.’ 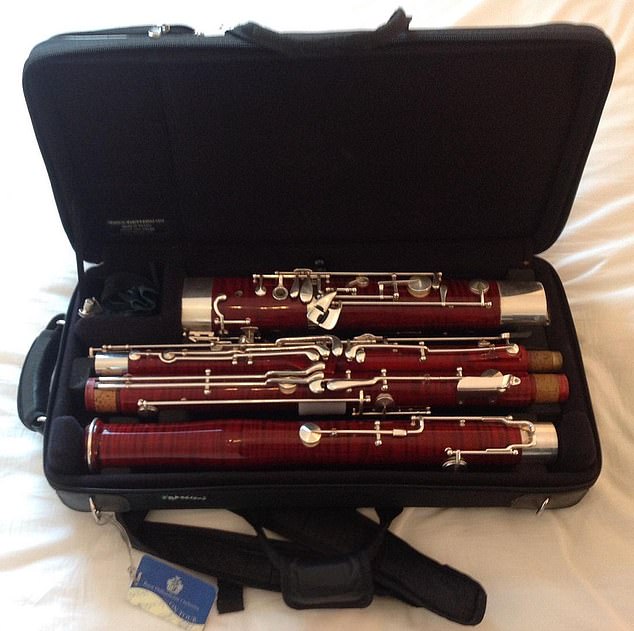 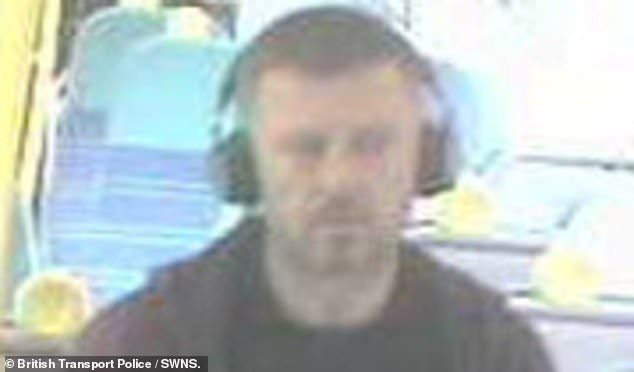 Police want to interview this man, who they believe could hold vital clues to their investigation

CCTV images taken from the train were released yesterday by the British Transport Police as part of their investigation.

Officers believe the man in the pictures may have information that could assist with the investigation.

A spokesman for British Transport Police said: ‘Officers investigating the theft of a bassoon, worth up to £40,000, on a service from Lewes to Brighton are releasing CCTV images in connection.

‘On Tuesday, October 19, a man boarded the 2.04pm service from Lewes to Brighton and placed his bassoon in the overhead luggage hold.

‘As he alighted the train, he left the instrument behind and the train had departed when he returned to the platform.

‘Further enquiries show that the instrument was stolen by another passenger who then boarded a service towards Hastings and alighted at Southwick station.

‘Officers believe the man in the CCTV images may have information which could help their investigation.’

EastEnders fans shocked as victim and ‘killer’ are revealed